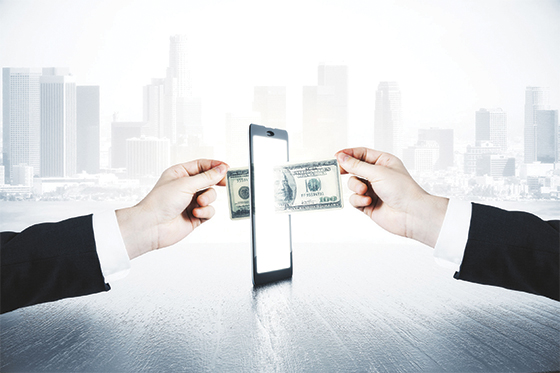 Heidi Hanson of Loudon was able to expand her snack food business with a $10,000 up-to-three-year loan, interest-free, from the peer-to-peer (P2P) lending site kiva.com.

Hanson, who makes nut-based, nutrient-dense food bars under the name “do GOOD bars” in a homestead licensed kitchen, was able to hire employees, expand work space, and increase inventory and working capital thanks to the loan, the maximum given by the site. She anticipates using traditional bank loans that charge interest in the future to help grow the business by borrowing another $50,000.

All Kiva loans worldwide are interest free, explains Jake Nonweiler, program director of the Hannah Grimes Center for Entrepreneurship in Keene, who was recently trained as its “go-to” person in NH.

Unlike most intermediaries, Nonweiler points out, Kiva does not vet the credit-worthiness or business plans of those seeking interest-free loans of up to $10,000, but may vet business credit in the near future. “It’s more situational than that,” he says, adding that since June he has assisted with three loans through Kiva with another three in process.

To be clear, most P2P lending, or online marketplace lending, is not interest free. But it does offer a viable option to owners of small businesses and budding entrepreneurs, who often don’t have the time or credit to secure local traditional bank financing. For individual investors, it is a chance to provide loans to companies they care about.

“On P2P lending websites, potential borrowers apply for credit, receive a credit rating, and post to a listing that investors view. Investors can then choose to fund part of the loan and are repaid periodically until the loan matures,” explains research economist Miriam Segal in a 2015 brief from the Office of Advocacy of the Small Business Administration (SBA).

This form of lending has grown rapidly over the last decade, with American Banker magazine’s editorial staff naming online marketplace lending as its “Innovation of the Year” in 2014.

It estimated that about 100 different online platforms were operating in the United States. Still  P2P loans appear more in the West Coast than in NH.

Peer-to-peer lending has upsides and downsides. For example, Segal found the credit application process less burdensome, but interest rates can be higher.

Defining Peers
P2P lending is a hybrid of crowdfunding—the pooling of small amounts from many investors—and marketplace (or online) lending, Segal explained in a brief.

“Interest-bearing crowdfunding has gained popularity in recent years as a viable alternative to traditional financing, such as bank loans or credit cards for small businesses,” Segal says.  She warns that most P2P loans are unsecured. If small business owners can’t make their payments, lenders bear all the risk. Ordinarily P2P business loans are fixed-rate term loans with shorter term and smaller amounts than bank loans.

P2P lending takes many forms, from individual investors lending small amounts under $100 to online lending by large institutions. Prosper and Lending Club are the best known in the United States. Prosper.com allows individuals to either make personal loans or request to borrow money. Annual percentage rates (APRs) through Prosper range from 5.99 percent for top-rated AA loans to 36 percent for high-risk loans for first-time borrowers. A borrower must have enough investors commit funds and meet credit and other conditions.

And there are inherent risks for investors. At Lending Club Corp, the largest online lender, charge-off rates (loans where a lender doesn’t expect to collect) have risen as much as 38 percent since 2013, according to a recent Wall Street Journal report.

Merrimack Valley SCORE volunteer-mentor Geoff Geoffrion of Merrimack, a retiree from corporate financial management and auditing, learned about peer-to-peer loan platforms by investing $12,500 of his own money. Geoffrion chose five relatively risky loan categories on Lending Club, but followed the site’s recommendation to break it up into $25 increments.

So far, despite three defaults, his investments have yielded a return of about 6 percent. While that’s below the 8 to 9 percent return he anticipated, it’s far better than the .01 percent he was earning in money market accounts.

The Peer-to-Peer lending industry saw a 34 percent decline in loan volume between the first and second quarter after hitting some speed bumps, including the forced resignation of the former CEO of Lending Club, Renaud Laplanche, after alleged loan-sale improprieties, according to the Wall Street Journal. That, and concerns about credit quality and competition for investors caused Lending Club, Prosper and other sites to slash jobs and charge higher interest rates.