Professionals of Color Describe A Positive Reception in NH 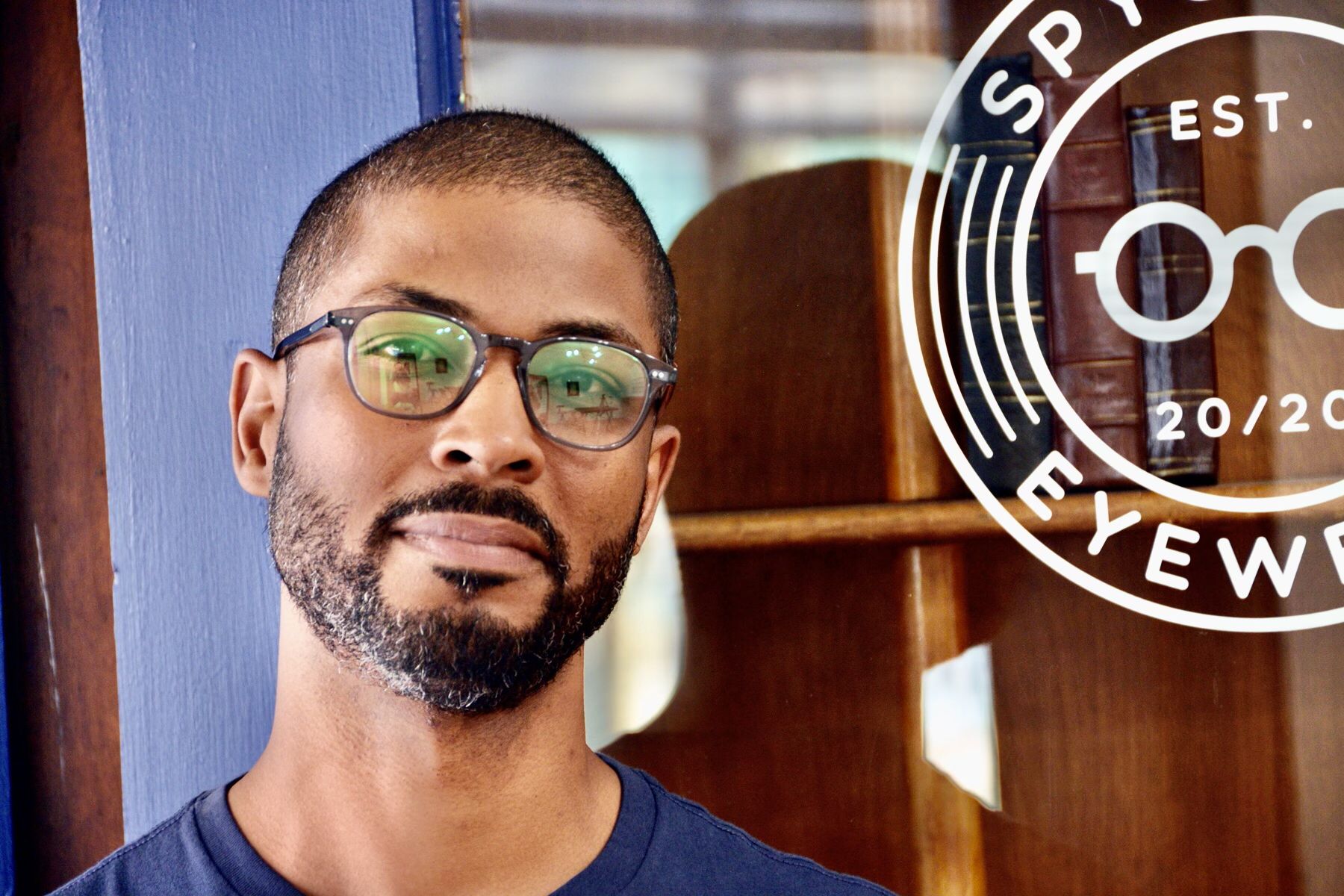 Jose Diaz, Geno Miller and Gail Somers are just the sort of new entrepreneurs Stay Work Play New Hampshire would like to proliferate in the Granite State.

The trio also happen to be people of color. In a virtual meeting Tuesday (Feb. 9) focused on the experience of professionals of color in New Hampshire, they praised the reception they’ve received from customers and the community, and gave tips for others who may want to follow in their footsteps.

Stay Work Play New Hampshire, which sponsored the meeting, is a non-profit organization that supports economic, workforce and community development by promoting the state as a favorable place for young workers and recent college graduates. It supports diversity, equity and inclusion.

In July, Diaz opened his Spyglass Eyewear shop next to Wayfarer Coffee Roasters on Laconia’s Main Street, across from the Colonial Theatre, a historic building that is undergoing major refurbishment in what city leaders hope will be a catalyst for downtown revitalization.

Starting in a pandemic

Despite opening in the middle of a global pandemic, Diaz said the business appears to be off to a good start in a great setting.

“It’s a beautiful neighborhood, with wonderful business owners,” he said.

Diaz was born in Puerto Rico and worked in New York and Boston in optical businesses.

He enjoys the small-town feel of Laconia and characterizes his business as an “optical boutique” which includes his own private label eyewear collection.

He spends enough time with customers and to deliver a caring, personalized experience. In recent years, there has been an emphasis on speed at optical businesses. Diaz thinks that everything is a little bit slower in the time of COVID, and people are ready for a different approach.

He said there wasn’t a lot of red tape in getting his business opened, compared to what he might have encountered in a big city. He sees and greets the mayor from time to time downtown and likes the “everybody-knows-everybody” feel. He finds his lease more affordable than would be the case in a major urban area.

New Hampshire does not have the kind of diversity and multiculturalism of some areas of the country, but Diaz said he couldn’t have asked for a better reception.

“We’ve received nothing but love,” he said. “We’ve not had a single issue to be honest with you. The people are inherently nice.”

His wife, Krissy Wylie, is originally from Laconia. They met in New York, live in Gilford, and have two children.

Diaz said dining choices are not nearly as diverse as some other cities, but that is slowly changing as well. A new farm-to-table restaurant has opened downtown and there’s talk of a sushi restaurant as well as a new eating establishment in the Colonial Theatre when the project is completed.

A survey by his organization showed that affordable housing, childcare, public transportation, opportunities to meet new people and potential for career development are also big factors.

New Hampshire is the number one exporter of high school graduates pursuing a four-year degree, with more than 60% of students deciding to leave the state.

“Some come back eventually, and a lot of them don’t,” Stewart said. “One of the reasons that we are the number one exporter is that New Hampshire is dead last in the amount we invest per capita in higher education. If we want students to remain, we have to make college more affordable.”

Making a business a platform

Gail Somers, owner of Yahso Jamaican Grille in Keene, is helping broaden the dining choices available in the region.

Somers was born and raised in rural Jamaica and offers authentic cuisine of that country, including some of her mothers recipes.

Like Diaz, Somers has found the people in New Hampshire welcoming. She came to New Hampshire in 2013 for a career opportunity. Prior to that, after migrating to the United States in the 1990s, she obtained an undergraduate degree at Villanova University and a master’s degree in business from St. Joseph’s University, both in Pennsylvania.

Many people have traveled to Jamaica and have a positive feeling for the culture, food and people of the region, Somers said.

Now, she wants her business to make a difference in the community.

“Advocate for issues that are near and dear to your heart,” she said.

Somers said a group from Peterborough came to her restaurant last fall and she was able to make a fortuitous connection. The group includes doctors and nurses who travel to Jamaica every year to conduct a free clinic.

Geno Miller, of Manchester, is hoping to make a difference by bringing a more diverse workforce to technology companies.

Miller was born and raised in Washington, D.C., but attended the University of New Hampshire on a football scholarship. He said he faced a lot of challenges while growing up.

“I also feel those challenges molded me to being a successful entrepreneur, challenges that a lot of Black kids, Black men and women face in underrepresented areas or city environments whether it be drugs, or guns or violence,” he said.

On the positive side, Miller said that growing up in D.C., allowed him to appreciate many different races and cultures.

He started Shtudy because he saw a need for connecting people of color with recruiters.

“What if there was a way where companies and job seekers could connect with each other before they felt like they were wasting each other’s time?”

Miller said many companies profess a desire to get a more diverse workforce, but sometimes they need a little help along the way, just as job seekers could use a hand.

Many companies contend they don’t know where to find people of diverse backgrounds, he said.

The business is located in Manchester, but that has not been impediment for growth nationwide and even internationally.

“We’re way beyond Manchester at this point,” he said. “We have clients in Palo Alto, in Texas, we even have candidates in Jamaica and China signing up for our platform.”

Pictured: Jose Diaz at his optical shop in downtown Laconia. Diaz has worked in big cities, but enjoys the small-town feel at his new business. (Courtesy photo) 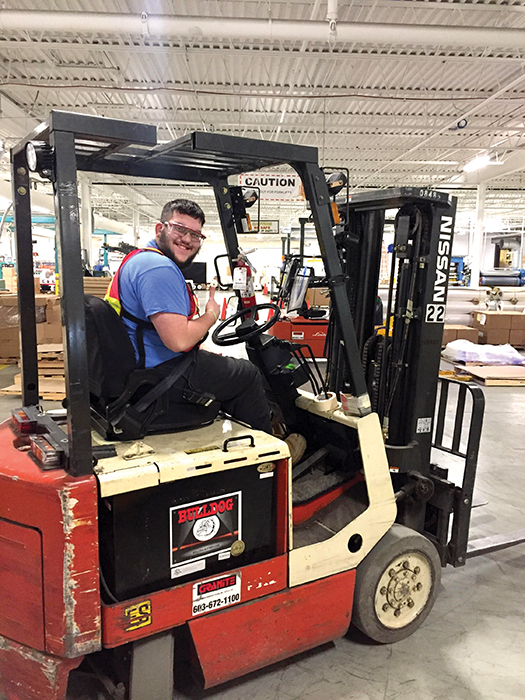 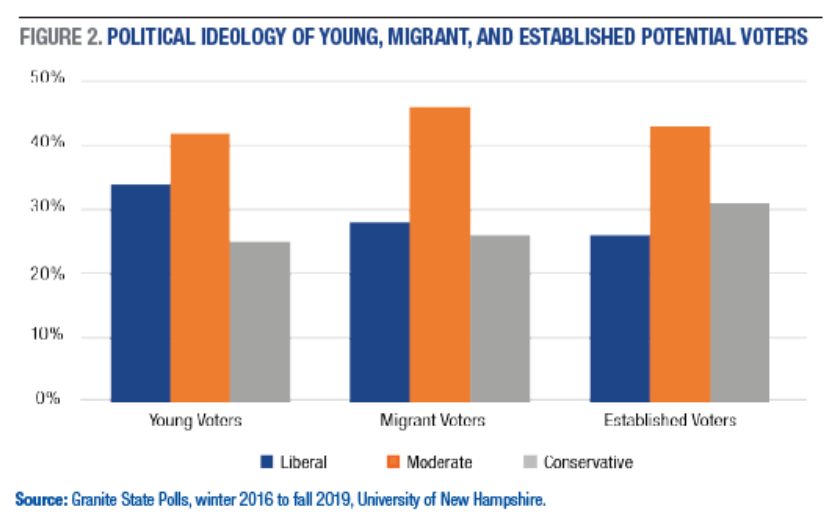