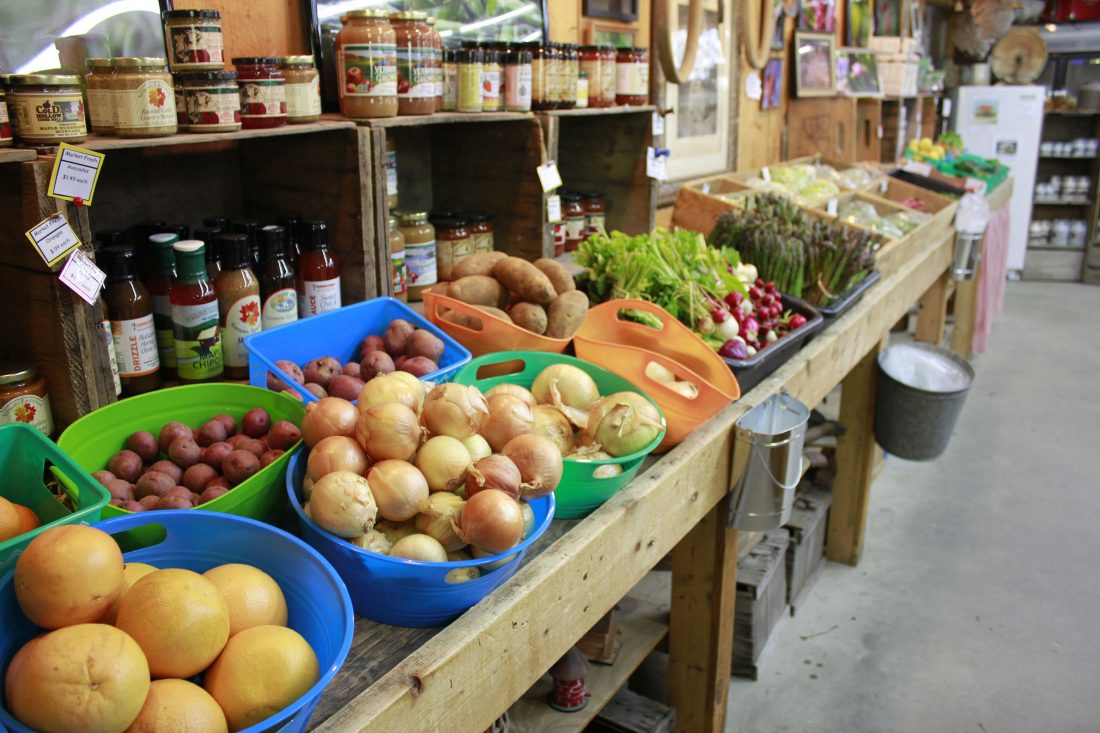 The number of families seeking food from the New Hampshire Food Bank has nearly tripled since the COVID-19 pandemic began, increasing from about 200-250 families per week to 500-650, according to Nancy Mellitt, director of development for New Hampshire Catholic Charities, which runs the food bank.

She said 1-in-7 Granite Staters or 14.2 percent of the population are food insecure, meaning they don’t know where they will get their next meal.

Normally, the food bank distributes about 1.4 million pounds of food per month, but this year demand has increased sharply.

According to the U.S. Department of Agriculture, 1.2 pounds of food is the equivalent of one meal. That means the food bank has given out more than 8.7 million meals so far this year.

The food bank does not gather information about who they serve or the reasons why people need food. Anecdotally, Mellitt believes more people are coming in because of the lack of another stimulus payment, the federal government eliminating the extra $600 in unemployment insurance and the resumption of evictions in New Hampshire.

New Hampshire Food Bank mainly provides food to other organizations that serve individuals directly through community pantries, although it also hosts mobile food pantries where individuals can come to get food during designated stops on predetermined dates. Many of the organizations around the state that work with the New Hampshire Food Bank are working hard to make sure all Granite Staters have enough food to eat. (Click here for upcoming mobile food pantry stops around the state).

In Berlin, demand for food distributed through Feeding Hope Food Pantry at Harvest Christian Fellowship is actually down. Sarah Swift, director of the pantry, believes that’s because of the weekly food giveaways that the NH Food Bank has held since May and the $600 increase in unemployment. But now that the federal unemployment funds have ended, Swift expects to see an increase in demand.

“As the extra monies and giveaways have stopped folks are now starting to look more heavily to us again to help with the otherwise food insecurity they often face,” she said. “The count is starting to climb back up.”

While mobile food pantries have been important, people who don’t have cars or who have to work set hours at their jobs might have trouble getting to a mobile food pantry during the times that they’re open, Swift said.

With the mobile pantries, she said food distribution in the state’s most northern county has tripled. That’s led to some problems getting food and essential items to people who need them, Swift said. One client, who needs food delivered to her because of a medical condition, only received one box of food and not all the supplies. Another client, who waited at the mobile pantry, said she had to throw out a lot of vegetables because they weren’t good.

“She was upset,” Swift said.  “She had waited for a long time wanting to get fresh produce for her family.”

There have been some hiccups in the food distribution network, Mellitt  confirmed.

Swift said you just don’t know how long the produce has been in transport. “We are trying to get it from the farmers,” she said.  The NH Food Bank gave the pantry $1,000 to buy fresh produce from local farmers or at farmers’ markets.

Kyle Chumas, director of marketing and communications for Families in Transition/New Horizons for the Homeless, which runs the state’s largest emergency homeless shelter, said there has been roughly a 25 percent reduction in the number of meals served for various reasons, including steps taken for social distancing per COVID guidelines. They also run a food pantry and breadline from their building on Manchester Street, which provides food to anyone in need.

On March 13 Gov. Chris Sununu issued his stay-at-home order. At that time, the New Horizons food pantry closed for a weekend so it could reduce the number of participants to allow for COVID-19 safety protocols. Its volunteer food service teams were also suspended.

When the shelter reopened, the number of residents allowed inside the Manchester facility was roughly cut in half. It later opened a temporary shelter on Union Street that could house about 70 people.

What also changed was how pantry items were distributed. Now, non-perishable boxes are provided by appointment only.  Residents of the shelter are the only ones allowed to use its dine-in facility. Last week, it started a to-go meal program as a way to reach those in homeless encampments across the city, more than 260 according to the city’s outreach team census. Those residents will have to go to the Manchester facility to get the meals.

Another reason the numbers are down, Chumas said, is that SNAP benefits (Supplemental Nutrition Assistance Program), formerly known as food stamps, increased during the pandemic.  Families that qualified received an additional $5.70 per child per school day from March 16 through June 15.  For a family with two children, it meant an extra $57 per week. The extra $600 per week in unemployment and the school district making lunches for students helped people afford food, he said.

Additionally, summer is the time when the number of people using the shelter generally decreases.

Still from March through July, FIT/New Horizons served 73,201 meals to participants in its various housing programs including the emergency shelter and 300 families per month, on average, received non-perishable food boxes from its Food Pantry.

In addition to Families in Transition/New Horizons, more than a dozen other programs aim to address food insecurity in Manchester. Each Saturday, the non-profit Food For Children distributes provisions from the New Hampshire Food Bank in the parking lot of the JFK Coliseum in Manchester. for food distributed by Food For Children, a non-profit (501-c3), non-denominational ministry working as an inner-city mission.

Before the pandemic, Food For Children provided food to 550 families a week, said Pete Dalrymple, president of the organization’s board of directors. When COVID-19 arrived, that number dropped to about 200 per week. Dalrymple believes that is because people feared contracting the illness and were able to purchase food using their federal unemployment and stimulus checks. Now that those programs have ended, about 300 families line up for food each week, Dalrymple said.

The next NH Food Bank mobile food pantry distribution event is set for September 4 from 1 – 3 p.m. (while supplies last) at the Comcast parking lot, 676 Island Pond Road via the entrance on East Industrial Park Drive

On the seacoast, a food pantry known as Gather serves 40 communities, including Kittery and York, Maine. Gather has doubled the amount of food it distributes since COVID-19 hit, said Seneca Bernard, associated executive director of the pantry.

Many factors contributed to the increase, Bernard said, including operating weekly mobile food markets, instead of bi-weekly ones, and providing meals for kids when students transitioned to remote learning.

“Giving communities access to food is certainly one of the reasons for the increase,” he said.

Gather has not had a problem accessing food. The NH Food Bank and the U.S. Department of Agriculture have been able to provide Gather with more food. In addition, the community support has been strong. Funds donated by the community have purchased 27,000 pounds of food this year. In addition, the Grow for Gather encourages gardeners to grow a row of food for the pantry or to bring in surplus.

“Many more people contributed this year,” Bernard said.  “We are seeing donations almost every single day from gardeners.”

“We have prepared for it,” he said. “We are able to purchase more food than in the past.  We have enough food at this point.”

Wednesday night at the Community Kitchen in Keene, workers distributed hot to-go meals to 122 people. Peggy Higgins, administrative manager, said they served between 75 and 80 individuals before the pandemic. Another 300 families have access to food on a weekly basis through Community Kitchen’s food pantry.

Community Kitchen has seen about a 30 percent increase in demand for food since the start of the pandemic. It was hard to meet that initial demand because of supply-chain interruptions, which have since improved, Higgins said.

She said 24 percent of their clients are age 60 and over, many of whom do not want to come to the kitchen at present because of COVID-19. 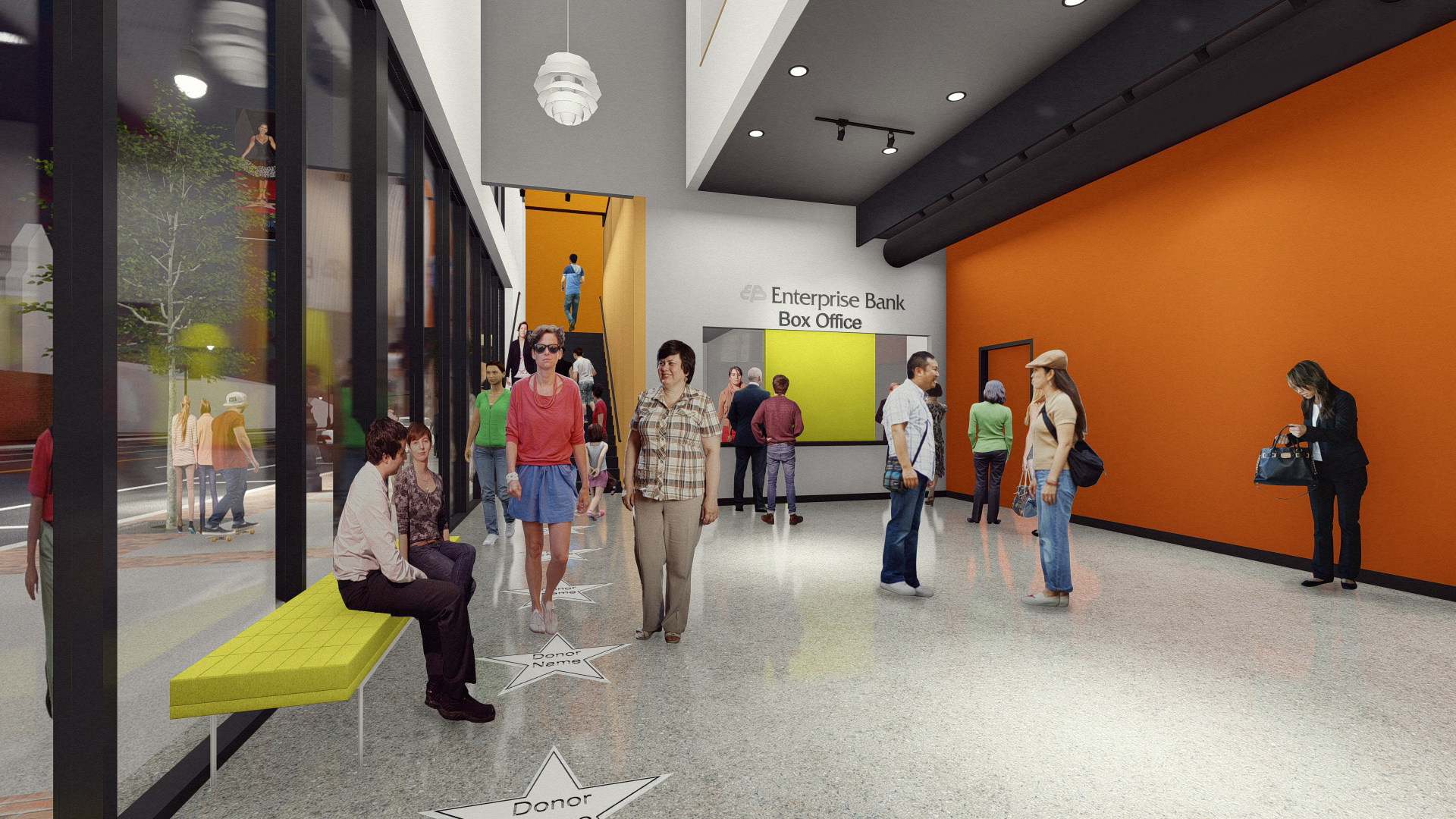 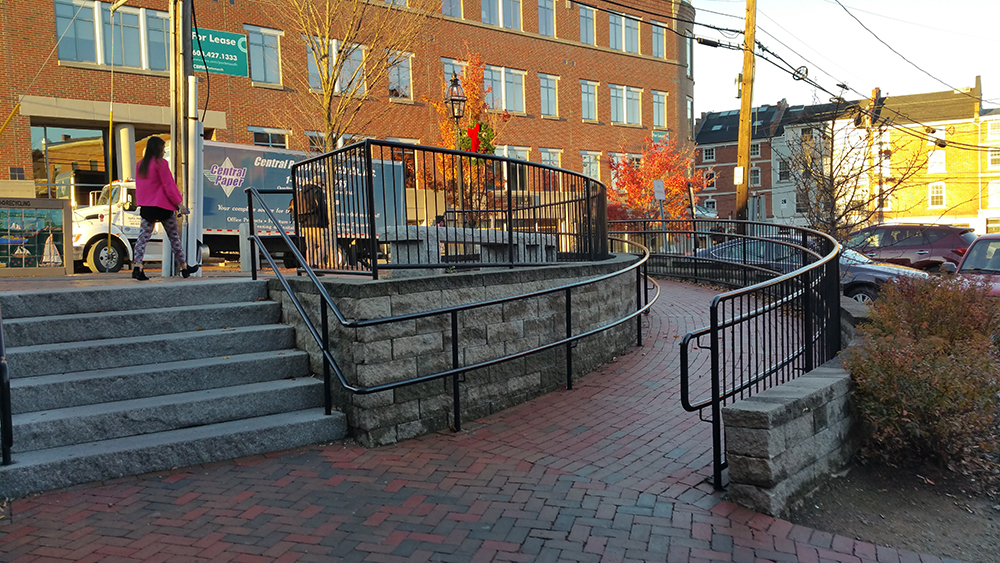