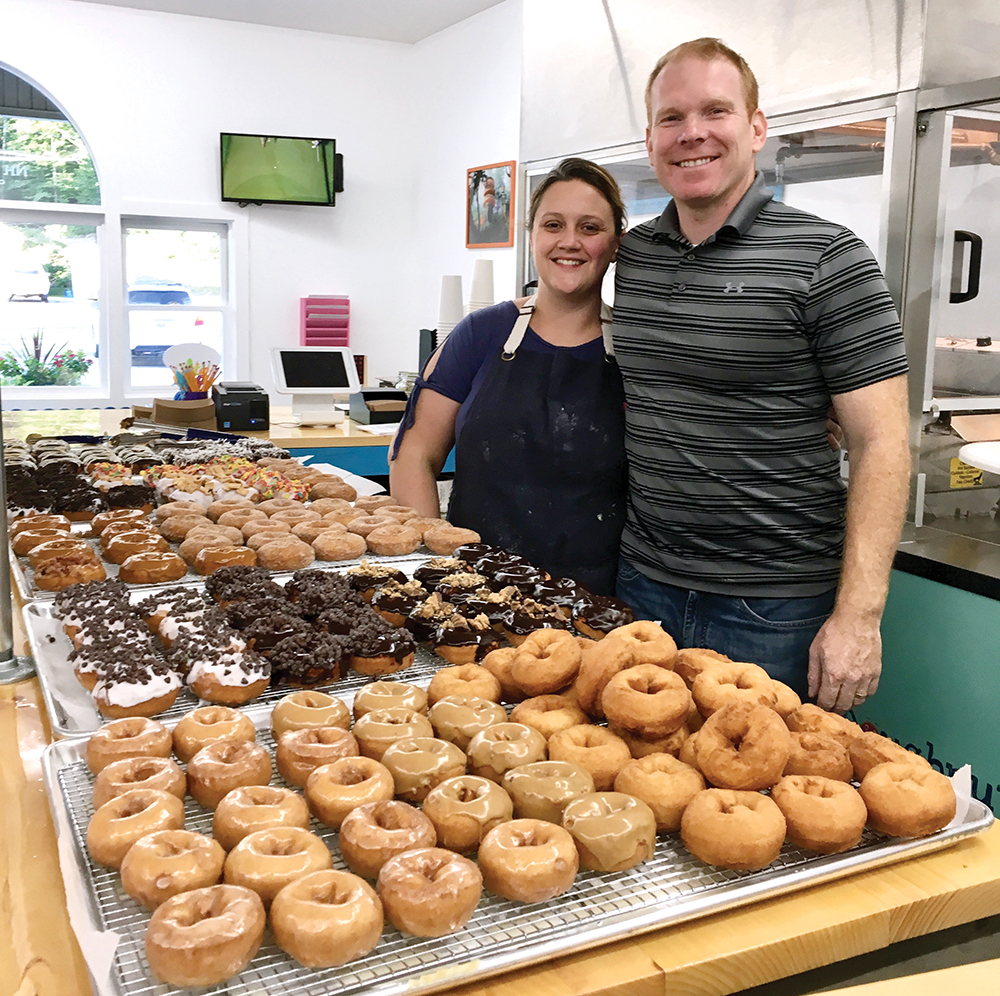 In business, it usually doesn’t pay to sugar coat things, unless you’re NH Doughnut Company. In that case, sugar coat it, drench it in caramel, or smother it in bacon. Those are just a few of the ways customers can customize their doughnuts at the Chichester business that opened its doors last August. It’s been such a hit that the owners, Amanda and Chad Baril, plan to open a second location in Concord in late spring. 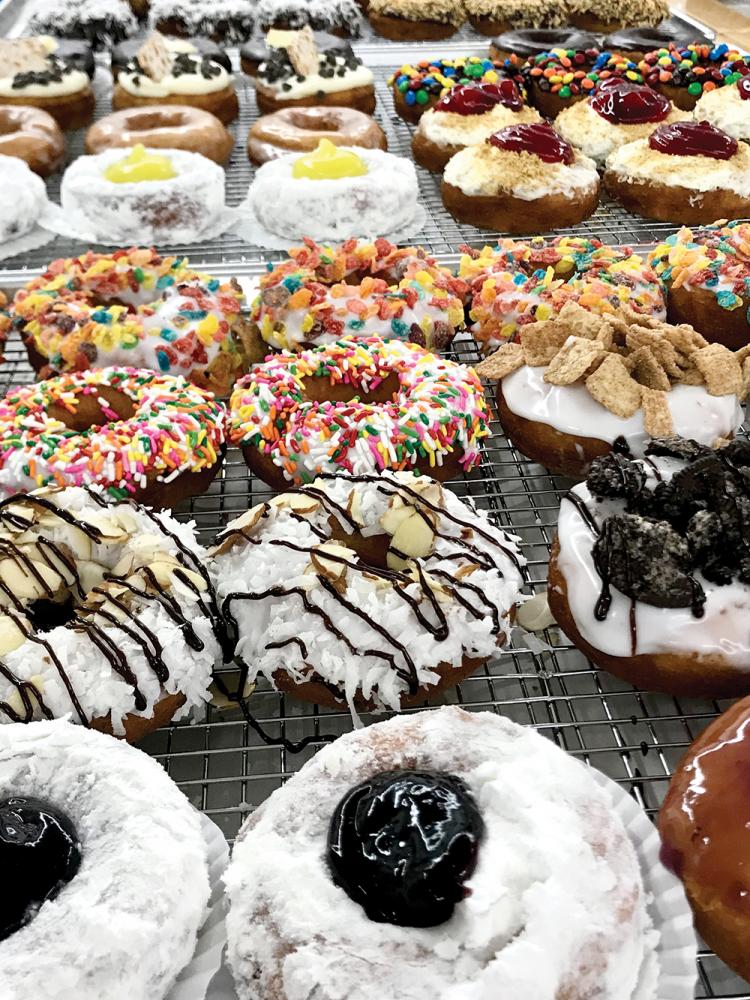 The couple was inspired to launch the customized doughnut shop by seeing the fun their kids had at their make-your-own-sundae bars. “We would do make-your-own ice cream with them, and then we started doing it with doughnuts. We thought, ‘Why not bring this idea to other people and let them have fun too?”

They took a leap of faith and opened their business and quickly gained a fan base. On most days, they sell out of the 350 to 400 doughnuts made daily. (Doughnuts cost $1.50 for one and up to $15 for a dozen.)

Amanda, a baker and artist, arrives at the shop at 3 a.m. daily to make the doughnuts.

Customers can either choose from a few popular selections, such as the Fruity Pebbles-topped doughnut or the bacon-topped, maple-frosted doughnut, or customize a “naked doughnut.” Toppings include powdered sugar, caramel, bacon and pretzel bits, and drizzles such as marshmallow or raspberry. Customers can pile on as many toppings as they like and can order either online or in person. 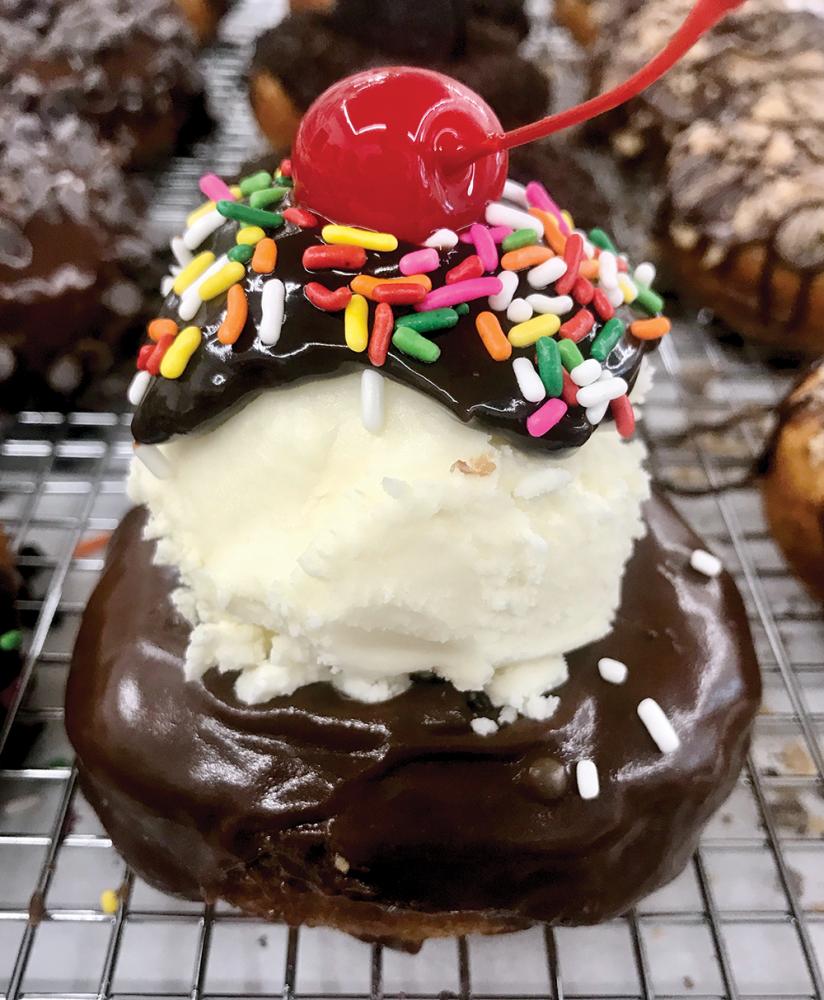 “Coffee is actually popular here, as well,” says Chad of offerings that include hot and iced coffee, latte, chai latte, and mocha drinks. All of their coffee is from Woodshed Brewing in Laconia. “We tried a bunch of different ones in the area, and theirs was just the best,” says Amanda.

New Hampshire Doughnut Company also offers catering, including several Halloween parties, and it has even had requests for weddings. Customers can have doughnuts pre-made for their event, or they can have Amanda and Chad on site running a custom doughnut bar.

They have been experimenting with new doughnuts, like the tiramisu doughnut. “We think customizing doughnuts is part of the fun, and there’s not many things in life that you can say that about anymore,” Chad says.

This article was written by Michael Hession, a student at University of NH Manchester and a participant in Business NH Magazine’s Young Reporter’s Project.

Keeping Up With Consumer Habits 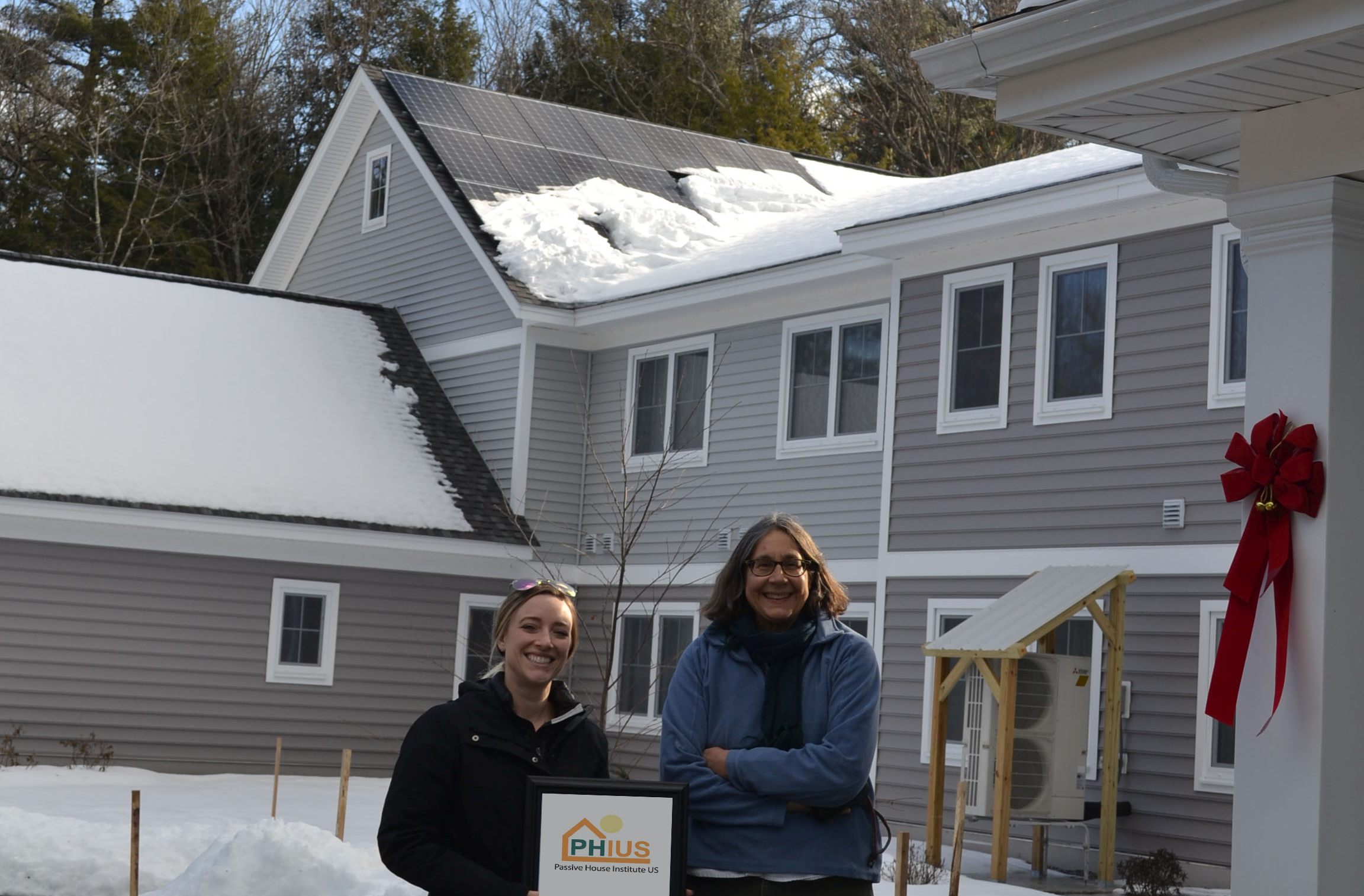