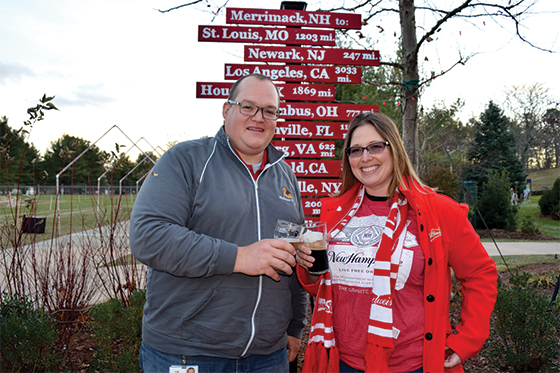 Anheuser-Busch invested $11 million in its Merrimack brewery last year, including expanding its fermentation cellar, part of the beer company’s national $2 billion capital expenditure program. The expansion of the fermentation cellar to 13,151 square feet started in 2016 and was the largest part of the investment.

The fermentation cellar has six fermentation tanks capable of producing 500,000 cases of beer per tank. This allows the company, which produces its own beer in mass quantities, to partner with craft brewers to brew a wider variety of beers, including ales and specialty craft beers. 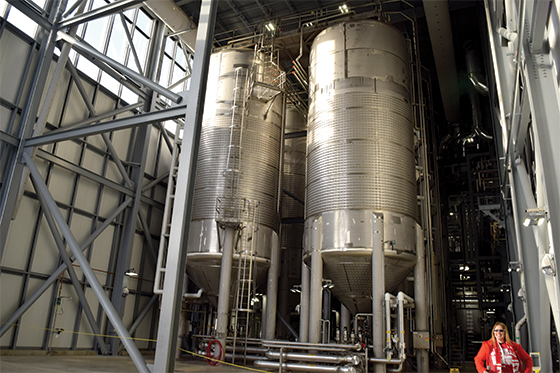 Anderson in front of the fermentation tanks in the newly expanded cellar. Photo by Glennisha Morgan.

In addition to producing its own brands—including Budweiser, Bud Light, Busch, Busch Light and Michelob Light—the Merrimack facility is now brewing craft beer for Blue Point Brewing Company, based in New York, including Blue Point Summer, Blue Point Pumpkin and Blue Point Blueberry. Anheuser Busch has 10 craft brewer partners nationally. “The opportunities are endless at this point,” says Summer Anderson, brewmaster at the Merrimack facility. “It is very exciting, and these are products that we’re not used to necessarily making all the time. To get to craft different beers—deal with different ingredients and different profiles, especially with ales—it is exciting to embrace that challenge and share it with everybody, as we continue to expand our portfolio here.”

Adds, Tom Jokerst, general manager of the Merrimack facility, “We’re used to handling very large quantities of malt of a variety that we’ll use. Suddenly, we’re doing a smaller size brew with a malt that we haven’t used before. This building and the renovation of it will allow us to efficiently handle those.”

The new fermentation cellar is now part of the brewery’s free public tours, which include two free tastings and an opportunity to see the company’s signature Clydesdale horses. 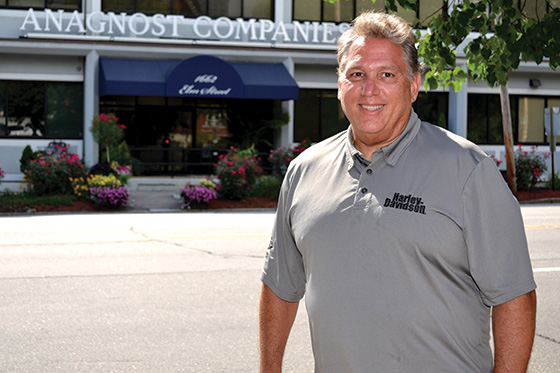 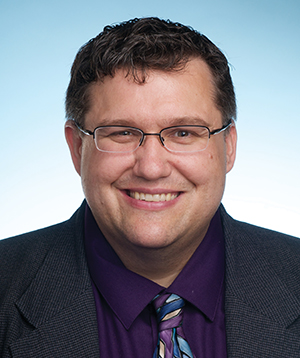