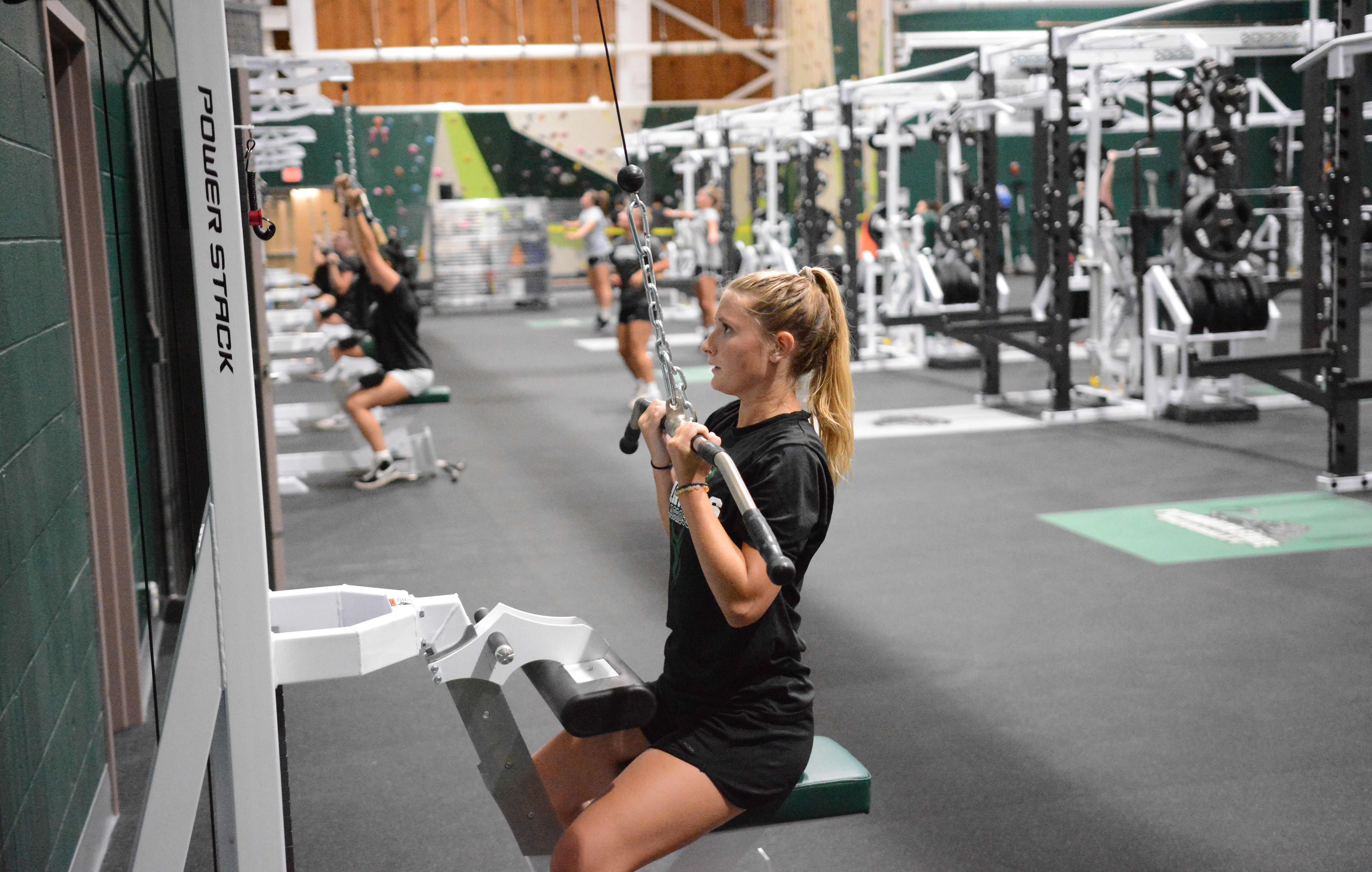 Plymouth State University (PSU) dedicated its new Morgridge Strength and Performance Lab, a facility more than 10 times greater than the one it has now replaced, at the university campus with a public ribbon cutting ceremony on Thursday, September 1.

The $4 million project to transform the old field house building into a state-of-the-art strength and performance lab is the final piece completing PSU’s Human Performance Center. Not only will student-athletes make full use of the facility, it will also be used as a teaching lab for a wide range of health and science academic programs available through PSU’s innovative Cluster Learning model, such as exercise and sport physiology and human performance, athletic training and advanced graduate programs for physical therapists.

The roughly 16,000-square-foot facility, opened to students on August 29, has been under renovation since May 2022 to update the infrastructure, install exercise platforms, treadmills, elliptical machines, stationary bikes and weight-lifting equipment. A new 45-yard-long strip of artificial turf will be used for sprints and resistance running exercises.

The event was held inside the lab, amid its array of 24 power racks and other new equipment. PSU President Donald Birx gave remarks as did Kim Bownes, director of athletics, David Ferrer, assistant professor of exercise and sport physiology and Alessia Salzillo, a student-athlete on PSU’s women’s basketball and field hockey teams. Also in attendance were John and Carrie Morgridge of the Morgridge Family Foundation (MFF), Patti Biederman, chair of the fundraising committee and Nick Vailas, CEO of Bedford Ambulatory Surgery Center and a PSU alumnus and Athletic Hall of Fame member.

Hannah Bradshaw said she and her fellow swimmers and other student-athletes are looking forward to utilizing the new equipment and racks, and said it is getting them excited about training.

“Having a space that is their own will help unite the community and inspire people to improve because it was made by Panthers, for Panthers,” Bradshaw said. “Keeping the community strong is, and always will be the goal. I hope that future generations will take full advantage of the space and everything the Strength and Conditioning Department has to offer!”

“The new strength and conditioning space shows a significant commitment by PSU to provide cutting-edge resources that will allow our student-athletes to perform at their best,” Chipman said. “It’s an exciting time to be involved in varsity sports on campus and I believe this renovation will help strengthen the sense of community amongst all teams as well as allow for a positive and cohesive athletic experience.”

“Thank you, John and Carrie Morgridge, for making today possible,” Birx said at the Thursday ceremony. “Your continued investment in Plymouth State students exemplifies your commitment to making a difference through education on the global scale is felt right at home here at John’s alma mater.”

The institution funded about $3 million of the project, and the remaining $1 million was raised by donors to the university.

The Morgridge Strength and Performance Lab is more than 10 times the size of the current 1,500-square-foot Vailas Performance Center on campus and will benefit PSU student-athletes, as well as the entire campus community. The new facility was conceived by Vailas and fellow PSU Athletic Hall of Fame member Mike Gittleson, who shared their vision with President Birx in February 2016. Their scribbled notes were preserved and enlarged for attendees to see how the idea began.

John “JT” Thomas, director of strength and conditioning, will oversee the facility.

“Utilizing the Morgridge Strength and Performance Lab as a teaching tool is one of the main concepts here,” Thomas said. “But even just looking at the athletic side, we’re definitely in a different league when it comes to what we can provide as an NCAA Division III school. There’s a lot of Division I schools that don’t have a space this size.”

Thomas joined PSU in January 2019. He has coached championship teams, All-Americans, postseason award winners and first-round NFL draft picks as a strength coach at NCAA Division I schools like the University of Miami, University of Georgia and Penn State University. Some of the student-athletes Thomas has trained over the years went on to become former linemen and running backs for the New England Patriots.

Pictured: PSU women’s lacrosse players use the new equipment in the Morgridge Strength and Performance Lab. In the foreground is senior Julia Mahoney of Stratford, CT. 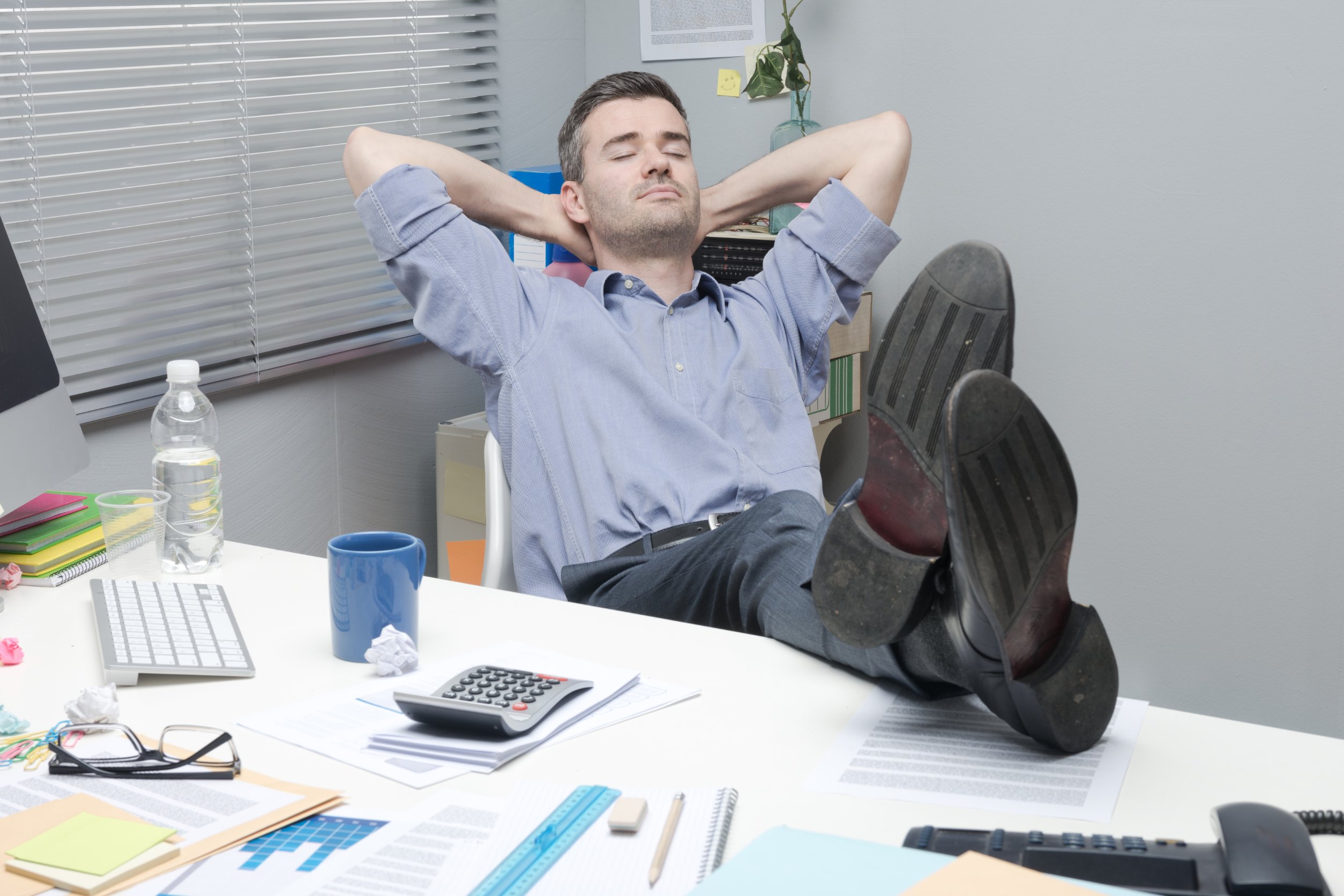