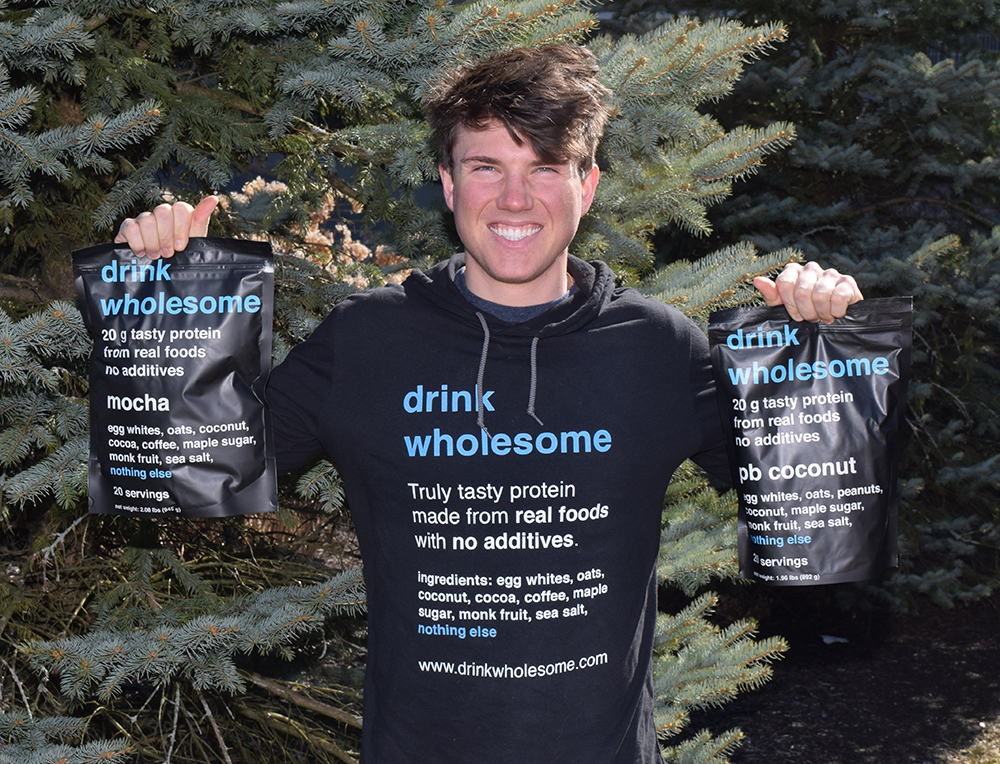 Jack Schrupp grew up ski racing in the Lakes Region, but his future as an entrepreneur began as a student at Williams College in Massachusetts. Tired of protein powders that were filled with artificial ingredients or tasted like chalk, and discouraged by the lack of “clean options,” Schrupp started experimenting in his dorm room. Two years and a thousand grams of protein later, he hit on a blend that uses only whole foods and tastes good.

He started sharing his protein powder with friends and fellow athletes and, after seeing how much they loved it, he decided he would eventually launch his own business.

At 24, after spending another six months sourcing natural ingredients and building relationships with vendors, Schrupp started Drink Wholesome from the kitchen of his Gilford home on Jan. 1.

A French teacher at Phillips Exeter Academy, Schrupp describes his product as “artisanal protein powders” made from real food without additives or anything artificial. “It is a departure from conventional powders that are highly processed and full of additives. We are rethinking protein powder and simplifying it,” he says, adding he wants to help people find a healthier alternative to the typical protein supplement.

Schrupp says he is getting a great response from athletes but stresses the products are for everyone. “It can be used after a workout as recovery, as a meal supplement for those trying to lose weight, or as a way to get nutrition for people who need to swallow and not chew,” he says.

Drink Wholesome comes in two flavors mocha and peanut butter coconut, and will be rolling out a vegan powder in April. When mixed with water or a dairy product, “it has the consistency of thick chocolate milk and tastes good,” Schrupp says.

The 20-serving package sells for $39.99, and Schrupp offers a 10% discount on the first order. The vegan product will be sold in a 14-serving pouch for $24. Schrupp sells the powder online but has plans to sell through several specialty stores.

Schrupp is working with a contract manufacturer in Massachusetts to produce the protein powders in small batches. He invested $20,000 in the first run of the product and will be producing another run this spring.

“I would love to become a New England sports nutrition company that is local and well known and supports active, healthy living,” he says. 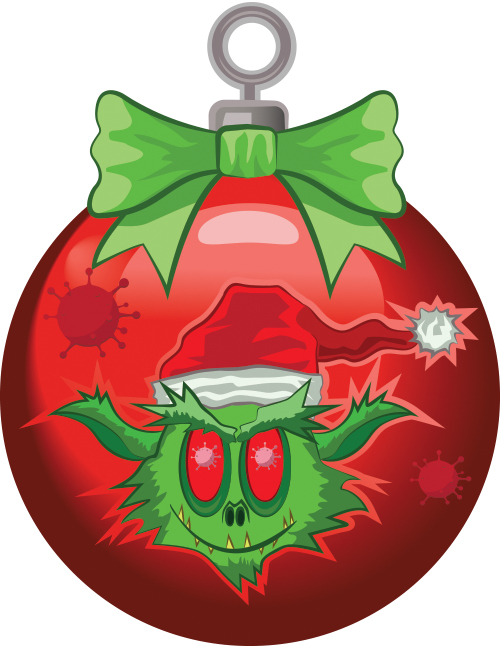 Will COVID be the Grinch that Steals Christmas? 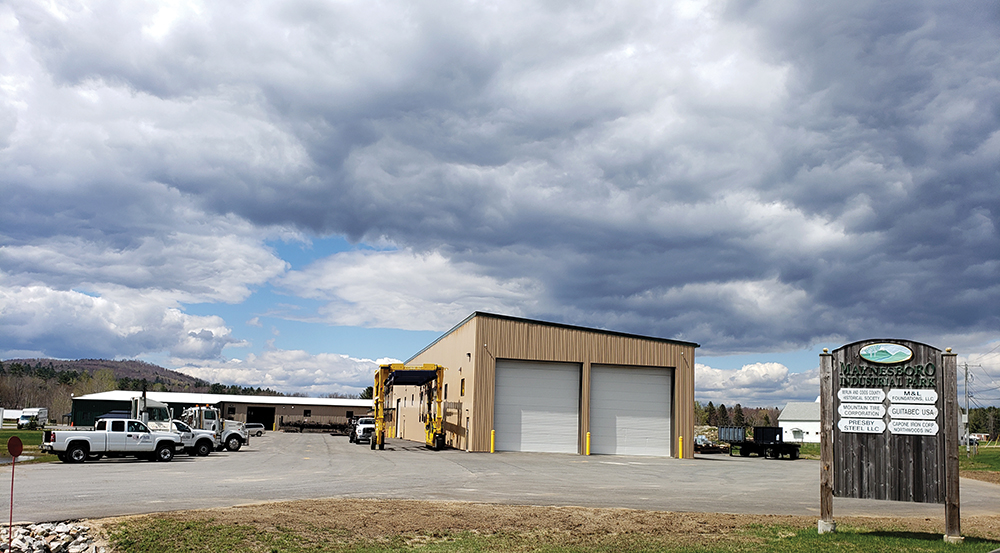