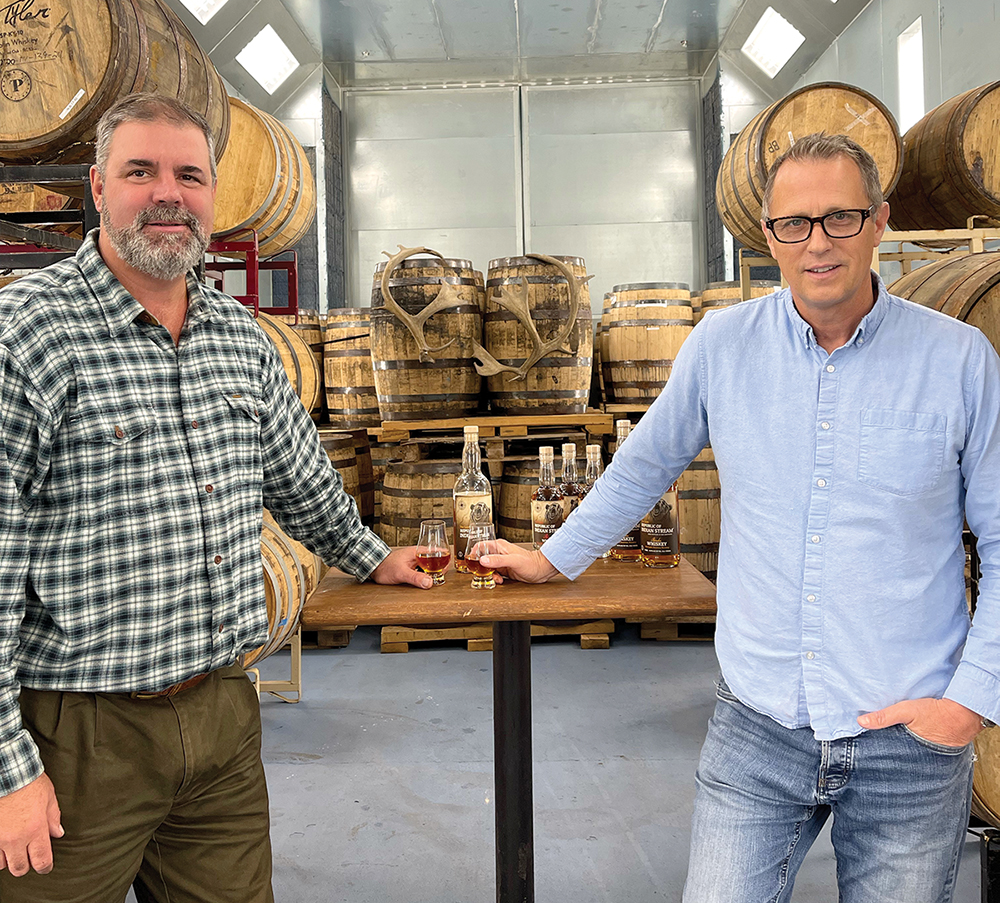 Two friends who love to hike, camp and fish have created a new whiskey that they say celebrates a specific (and largely unknown) piece of North Country history. Entrepreneurs Dan Gray and Ron Vars, owners of Republic of Indian Stream, call their high-rye bourbon, Border Whiskey.

Due to the ambiguous language in the 1783 Treaty of Paris, the border between Canada, a part of Vermont and what is now Pittsburg, NH, was vague, which meant residents were double taxed. “Three hundred folks in the early 1830s decided they were fed up being taxed both by Canadian and American authorities,” says Gray. So, residents of Indian Stream Valley drafted a constitution and struck out on their own as a new, albeit tiny, sovereign nation.

“There actually was a small skirmish between Americans and a Canadian magistrate, who was wounded, held as a prisoner and eventually released,” says Vars. But, by 1842, the Webster-Ashburton Treaty was signed, and the land, now Pittsburg, was assigned to the U.S.

Gray, whose day job is president of the Coastal Economic Development Corporation in Hampton, met Vars though his work after Vars and his partner, Heather Hughes, launched Sea Hagg Distillery in North Hampton in 2012.

Gray and Vars began talking three years ago about developing their own distillery and, this past summer, they released their first product, Border Whiskey, just as Vars relocated one of his other companies, a co-packing and beverage development firm, Plaice Cove Spirits, to a larger 30,000-square-foot facility in Dover. 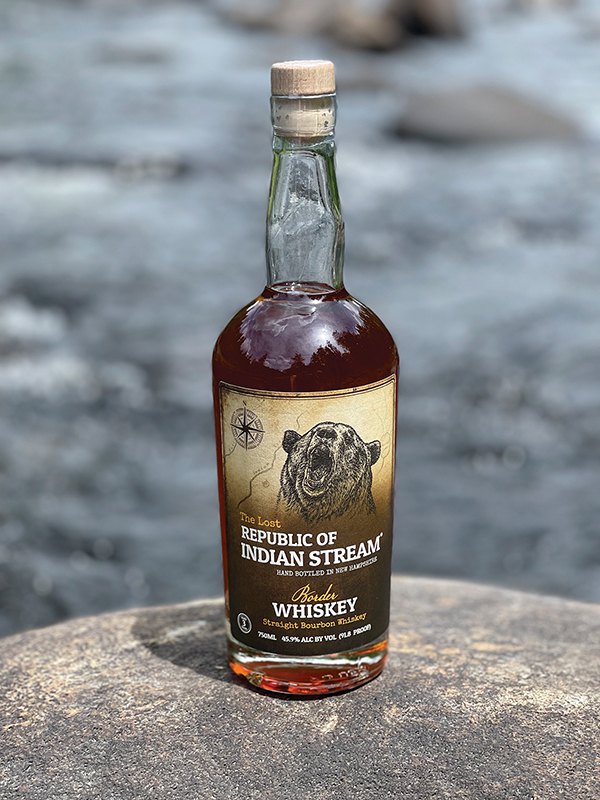 Border Whiskey is now available in Maine and Massachusetts as well as in many NH Wine and Liquor stores (and does particularly well in Colebrook). “We will be going into Vermont and Quebec—all the places in that Indian Stream territory,” Gray says. As part of the company’s marketing, fans can sign up to become citizens of the Republic and receive citizenship certificates.

The company acquires bourbon barrels from a Kentucky distillery then ages them for three years. Gray says every barrel of bourbon ages slightly differently, depending on where they were stored, and that gives the bourbon “slight and nuanced flavor characteristics. We then blend them based on individual barrel characteristics to create our taste.”

Once blended, the newly “married” bourbon is re-barreled and left to settle before bottling. In order to be considered a bourbon, whiskey must age in new American oak barrels that have been flame-charred on the inside.

Border Whiskey retails for $29.99, and the company has received inquiries from as far away as Alaska. Vars says they hope to sell in 40 states within the next 18 months. 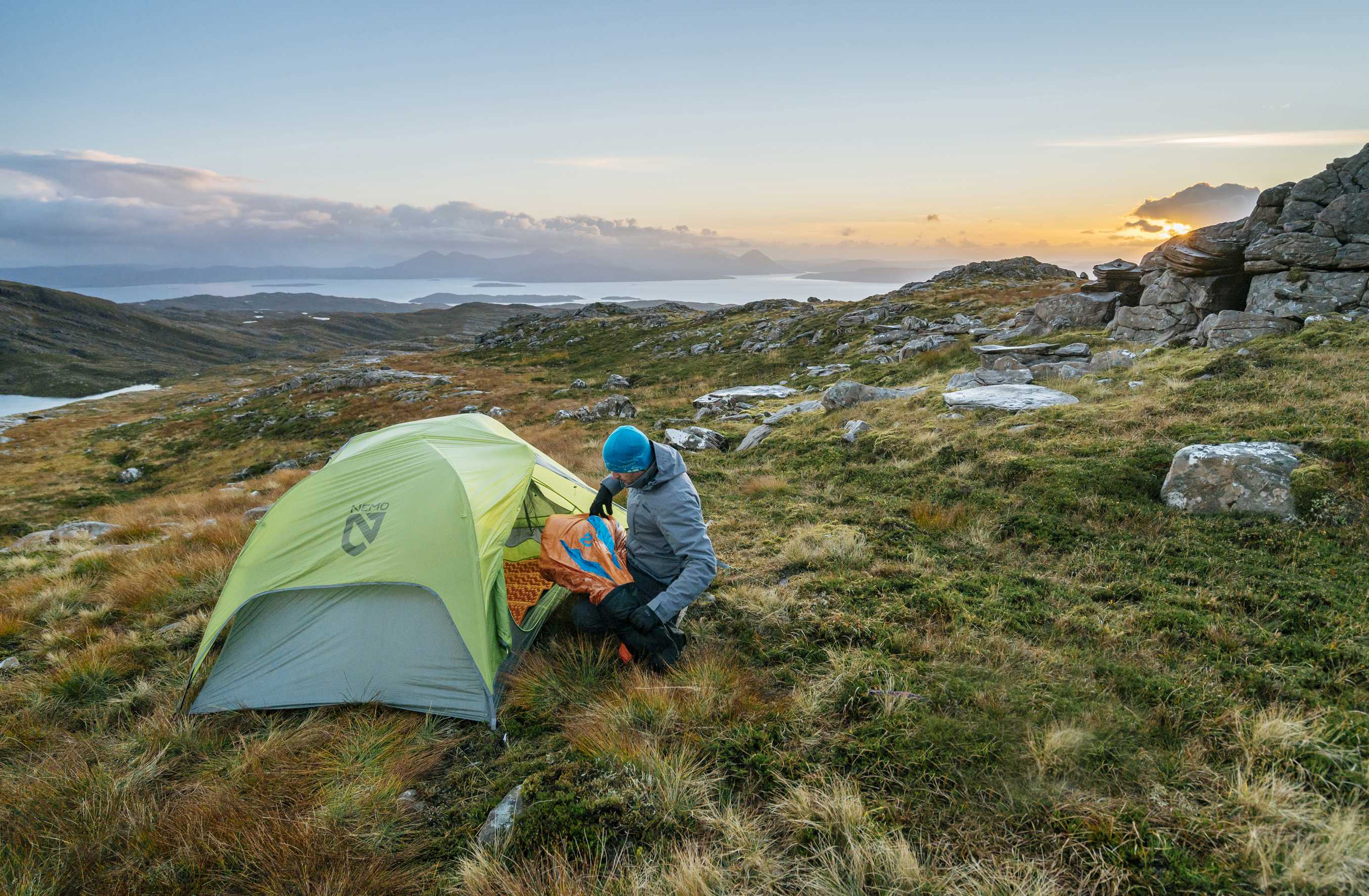 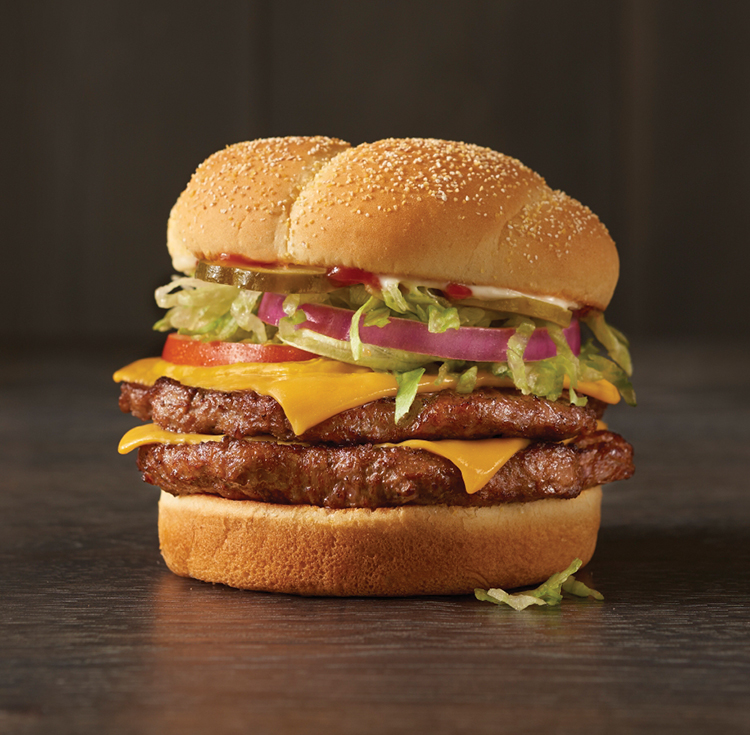