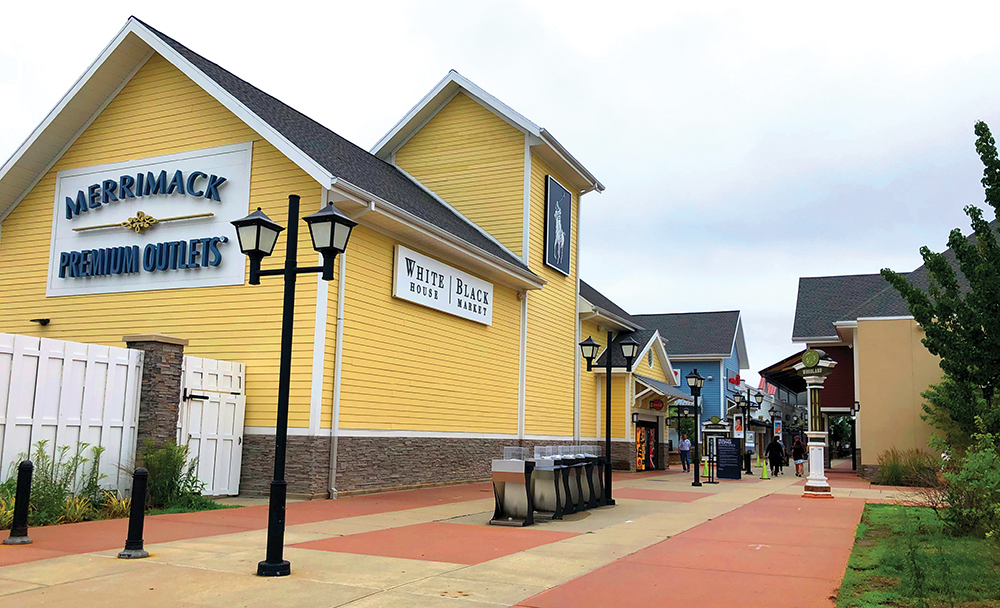 With its “sweet spot” location between the state’s two largest cities, a business-friendly town government and a healthy mix of residential and commercial development, Merrimack has been enjoying an economic upsurge.

And town leaders only expect that growth to continue, despite anticipated challenges with infrastructure, traffic and workforce housing demands.

Stretching along the west side of the Merrimack River, which powered the saw and grist mills that once drove its economy, the town of roughly 27,000 can thank the paved river of the Everett Turnpike for its prosperity today.

Merrimack has several exits off the turnpike between Manchester and Nashua and can draw on the talent force in those two communities, as well as that of the greater Boston area just south of the nearby state border. At the same time, its growing stock of residential housing—largely concentrated west of the turnpike—and its assortment of restaurants and services make it an ideal bedroom community for commuters.

Besides its proximity to Nashua and Manchester, “We’re an hour from Portsmouth, an hour from the White Mountains, an hour from the beach, an hour from Boston,” enthuses new Town Manager Paul Micali, who previously served as finance director for the town for 15 years. And the town is building on those assets. “We are expanding. We have lots of new construction,” he says.

Employer and Development Magnet
Merrimack is home to some of the state’s largest employers, including brewer Anheuser-Busch, which came to town in 1970 and employs more than 500 people, and financial services giant Fidelity Investments, the town’s largest employer, which provides jobs to some 6,000 workers. Technology solutions firm Connection, formerly PC Connection, opened in Merrimack in 1998 and employs more than 1,000. And in 2012, The Merrimack Premium Outlets opened, offering more than 100 stores and employing hundreds.

“The town was really coming out of an economic slowdown in 2011,’’ says Tim Thompson, director of community development, who took over the department that year. “There was a desire on the part of the town manager to change direction to focus on customer service, taking care of residents but making sure development was welcome. That became one of my focuses.”

Robert Best, chairman of the planning board and a 20-year resident of town, says that customer service objective paid off, starting with the development or redevelopment of several “key landmarks around town that just needed new life.”

One was the old 65,000-square-foot Zyla’s discount warehouse on Daniel Webster Highway—the town’s major commercial artery—with its red and white striped facade and giant signs promoting things like “TOYS” and “TOOLS AND CANDY.” It was taken over by Vault Motor Storage, which added trees, fencing, paving and other amenities to make it look “100 percent different and better,” says Best. “Vault has been a great community citizen.”

Another was 360 Daniel Webster Highway, the site of a former Shaw’s supermarket that sat vacant for years and was redeveloped by OVP Management of Newton, Mass. into Merrimack 360, a neighborhood center that includes restaurants, a trampoline park, a credit union, hair salon and other tenants. 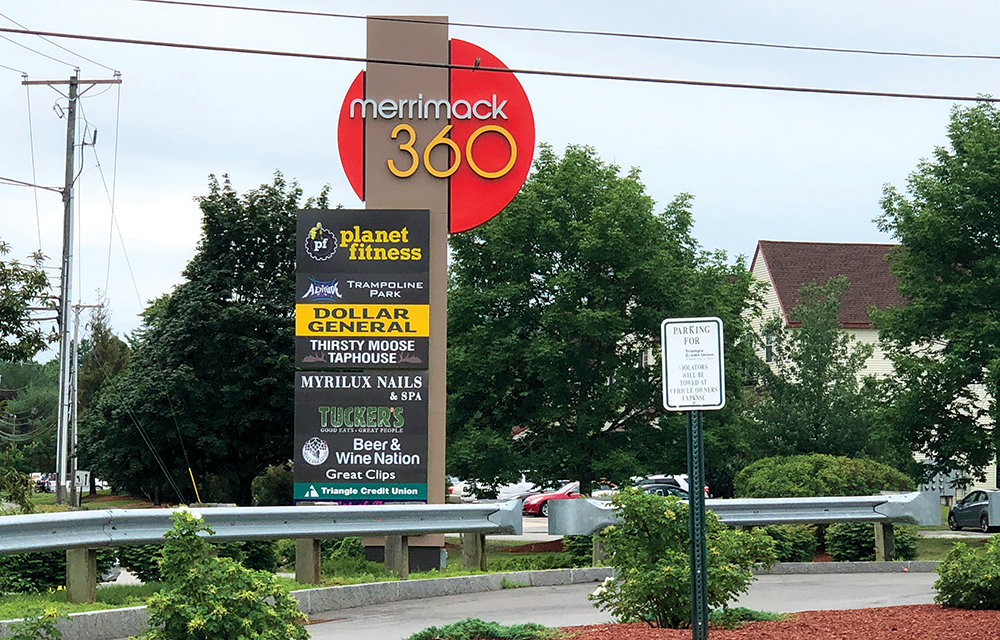 “We develop a fair amount of real estate in New Hampshire, and we thought this was an interesting opportunity,” says Robert Barsamian, president of OVP Management, who estimates his firm spent $10 million on the initial redevelopment.

The plaza is now 100% leased, he adds, and the back portion of the property has been sold to an apartment developer who plans to put in 40 living units.

“My experience with Merrimack was really good,” Barsamian adds. “Between the planning board and the zoning board and all the town officials, they couldn’t be more professional or business-driven.”

Best calls Merrimack 360 “a model for what you can do with a retail strip mall,” and Thompson says it represents a high point for his tenure as community development director because “it was such a prominent location where everybody saw this vacant eyesore for so many years.… It’s phenomenal to have it turn around like that.”

Another revamp took place at 40 Continental Boulevard, formerly a commercial manufacturing research facility that sat vacant for years. Thompson says the town was able to get Atrium Maquet Getinge Group, a medical supply manufacturer, to relocate there after it started running out of room at its Hudson site. “They added over 100,000 square feet to that facility, and up to 700 employees work there,” says Thompson. “Now it’s well over 200,000 square feet.”

Likewise, the long-vacant Merrimack Hotel and Conference Center near Exit 11 off the Everett Turnpike has been redeveloped into The Residences at Executive Park, with five apartment buildings on the site, 90% leased, and Thompson says the developer told him they made the investment because “they had seen some of the transformation in the community.” 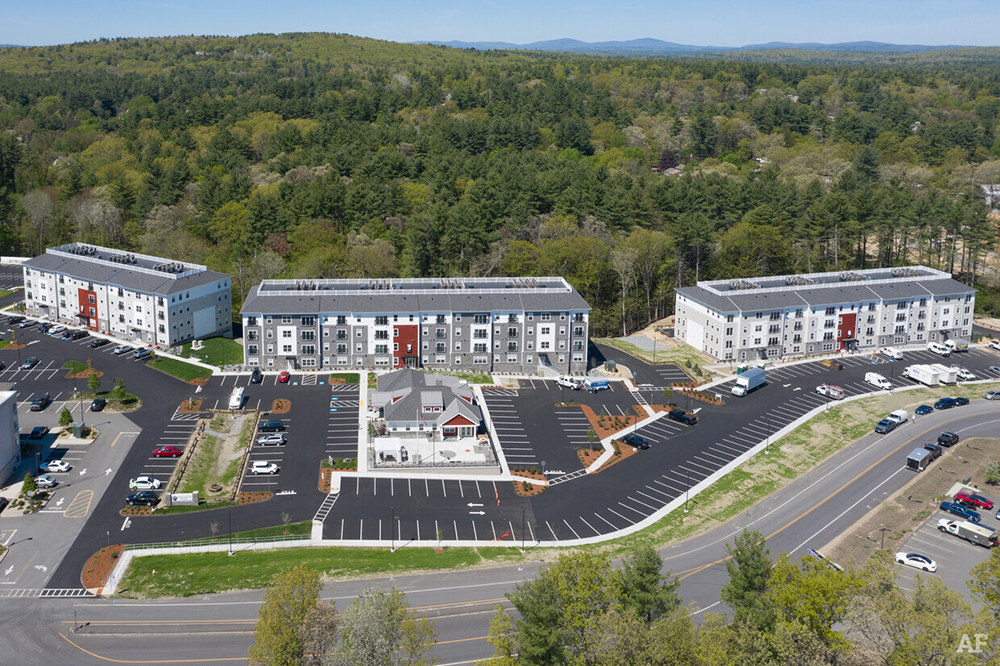 Adds Best, “There were some really big changes with those sites that were visually needed for the town to have a facelift.”
Merrimack’s business-friendly climate has also attracted newcomers like the Able Ebenezer Brewing Co., which is succeeding in an industrial park just down the road from Merrimack 360.

Co-founder Mike Frizzelle, a California native, approached former Army buddy Carl Soderberg in 2013 for help in getting a biotech job in Cambridge, Mass., where Soderberg worked. Soderberg told him he was thinking of leaving that job and starting a brewery, and Frizzelle, already a beer aficionado, signed on. Because California was already saturated with breweries, the two decided to narrow their search for a locale to Massachusetts or NH. 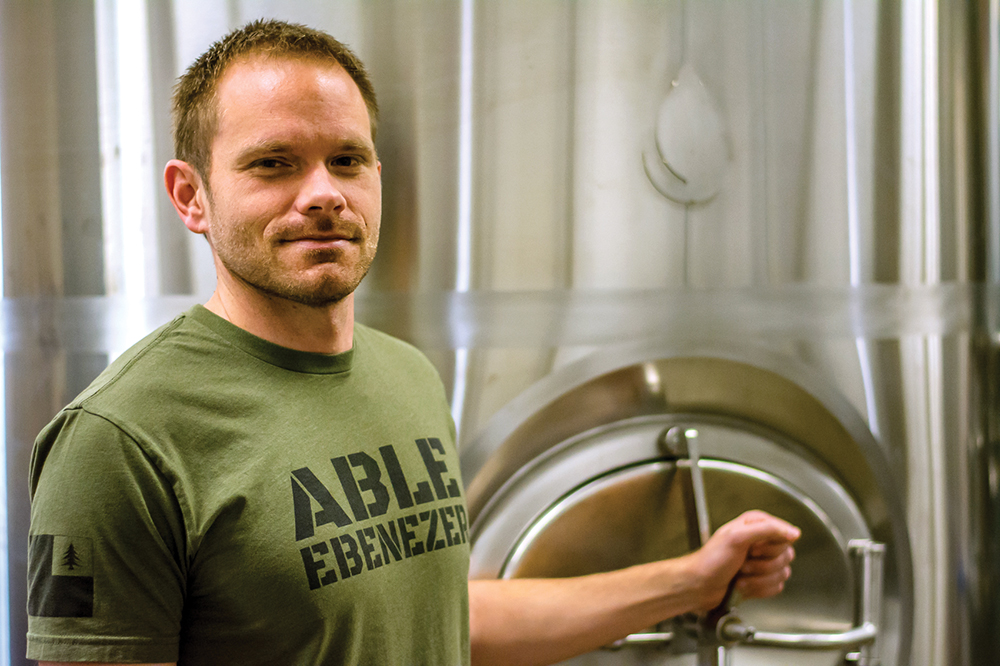 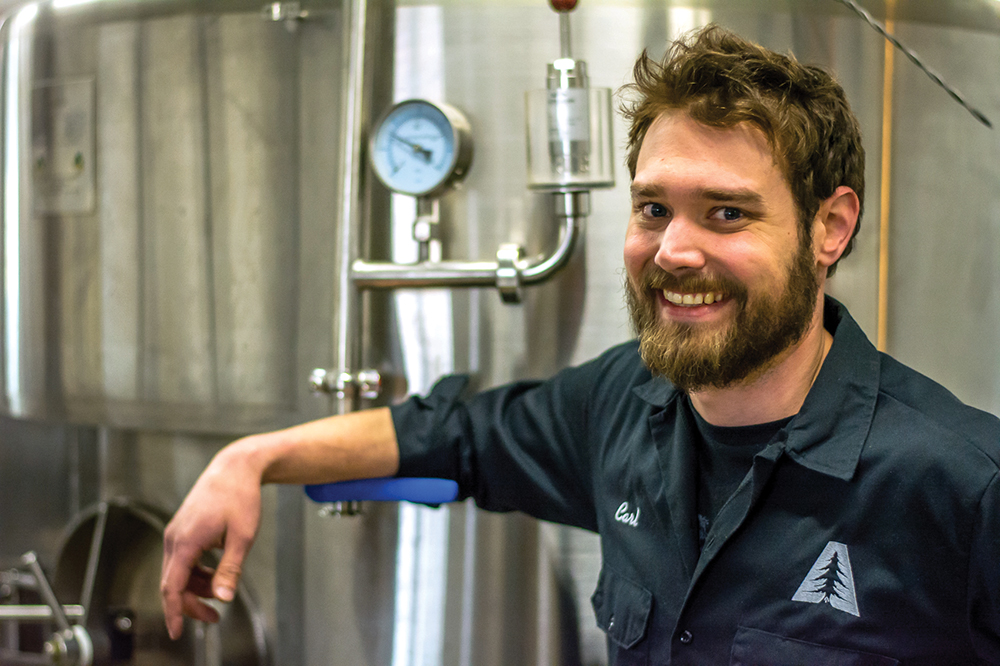 Then they learned that NH passed nanobrewery-friendly legislation with a separate designation for brewers of 2,000 barrels or fewer a year, allowing them to get a license for only $250 and to self-distribute. Between that and a pledge by Merrimack officials “to get everyone you need permits from in one room together,” Frizzelle says. “That was the kicker for us.… Now, almost seven years later, we’re the largest self-distributing brewery in the state” with two delivery trucks and three full-time drivers.

COVID forced them to close their tap room temporarily during the state-mandated shutdown, but the state also agreed to allow home delivery during the pandemic to ease the burden on businesses. “Our two highest-growing revenue months were April and May of 2020 because of home delivery, something we’re continuing to do,” says Frizzelle.

Now, restaurant sales are picking up again, the tap room is open and the brewery continues to produce 12 different beers—six at any given time—and has grown from 674 barrels in 2014 to 1,145 last year.

Growing Community
Meanwhile, residential development in town continues to grow, and some 1,400 units—mostly multi-family and senior housing—are in the planning stages now, according to Thompson. Mixed-use developments are also on the rise, he says.

Tom Koenig, who chairs the Town Council, points to the proposed expansion of an apartment complex at the north end of town owned by the Flatley Co., which is contemplating adding 96 units to a 240-apartment complex, and a residential and commercial development at the south end of town, Edgebrook Heights, with 232 housing units.

Ground was broken in May for a 224-unit luxury apartment complex, Slate at Merrimack, adjacent to Merrimack Premium Outlets, where a hotel and restaurants are also planned.

A rendering of Slate at Merrimack, a 224-unit luxury apartment complex. Courtesy photo.

Keeping a balance between residential and commercial is key to Merrimack’s continued success, town officials agree, with Thompson noting, “The town has always had a good history of both promoting rural character but recognizing industrial and commercial development to make sure the tax burden isn’t completely on the residents.”

Best agrees, saying, “We’ve got this unique flavor or personality because the turnpike divides the town into east and west.

On the west side, it’s very residential, with single-family homes, and on the east side, you have commercial and condos, so you can offer something for everyone. Plus, there are a lot of parks and open spaces.” 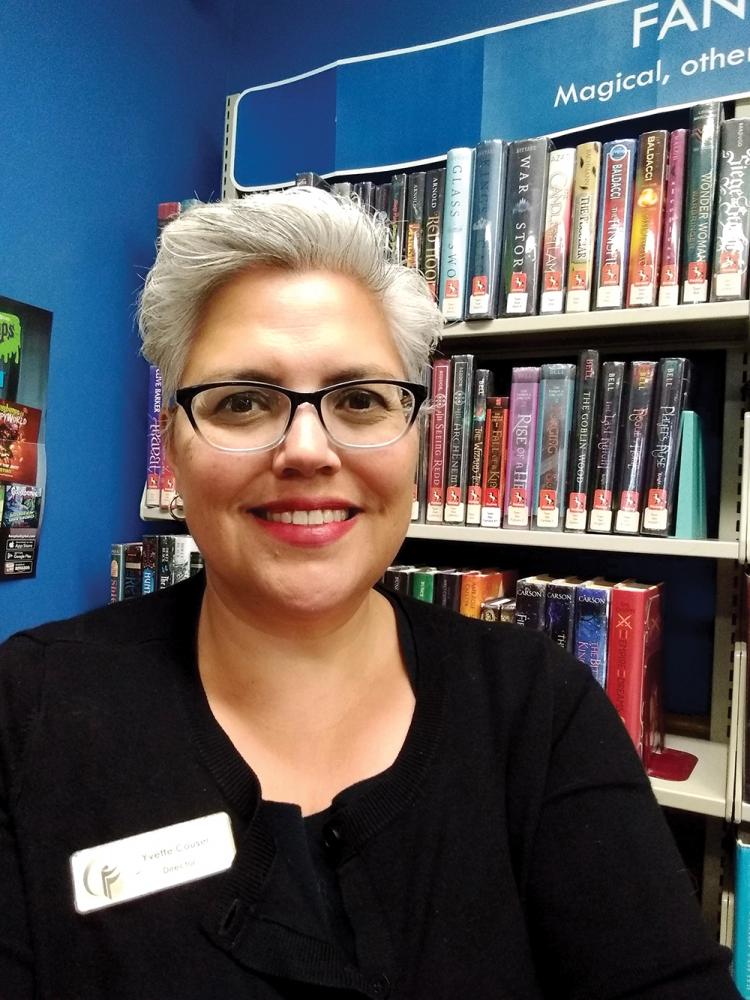 Merrimack Public Library Director Yvette Couser (pictured), who also sits on the board of the Greater Merrimack-Souhegan Valley Chamber of Commerce, says those are exactly the kinds of amenities that drew her to move to town with her family in 2013.

Merrimack reminded her of the New Jersey town where she grew up, she says, because it was close to large cities and the ocean and was “a place where people raised their families, and there were lots of businesses and malls. When we moved here it was like, there’s a movie theater and there’s a bowling alley and there are neat green spaces and hiking trails. We could plug the kids into a lot of activities right away.”

Best notes that a high resident population also provides a labor pool—an enticement for prospective employers to move to town—as well as demand for services like restaurants and shops. “All those things are interdependent,” he adds.

Challenges
The town will be even more attractive to newcomers, town officials agree, once tolls at the one remaining Everett Turnpike exit in town are eliminated. Koenig says the turnpike has four northbound and three southbound exits in town, and only one, Exit 10, still charges tolls, down from three a few years ago. The recently passed state budget includes a provision to remove that toll. Micali says he is grateful to all of the town officials and state representatives who have been working for years to eliminate that final toll booth.

But Merrimack faces broader challenges as it looks to its economic future. The Everett Turnpike is slated to be widened in the next few years, and Thompson says residents have expressed concern over what that will mean for traffic on the parallel Daniel Webster Highway, already experiencing increased volume because of the ongoing growth in town.

Additional traffic will also increase demand on the town’s infrastructure. Koenig says the town is in the middle of a wastewater treatment project for which $22 million in bonds was approved, but bids came in at $26 million to $28 million.

“We’re keeping an eye on sources of funding through grants,” he says. “We’ll get as much done as we can. Some pumping stations and clarifiers are going to be replaced. Other things might wait.”

With most homes relying on propane or electricity for heat, the town might also need to consider bringing in natural gas to meet future needs, Micali says.

Like many communities, Merrimack is also facing challenges with workforce and workforce housing. The number of new residents coming to town is helping, but there are still “more jobs out there than people,” laments Thompson.

While hundreds of housing units are being constructed in town, “most are market-rate or even luxury rate, between $1,600 and $2,000 a month,” he says. “The town hasn’t done anything from a regulatory standpoint for workforce housing. That may be something the community needs to look at in the next few years.”

The town may also be looking at more redevelopment, rather than new construction, in the future, says Best, as most of Merrimack’s buildable land has already been developed. Finding new ways of accessing and enjoying the Merrimack River—separated from most of the traveling public by a rail line—could also be part of a community discussion, he says. 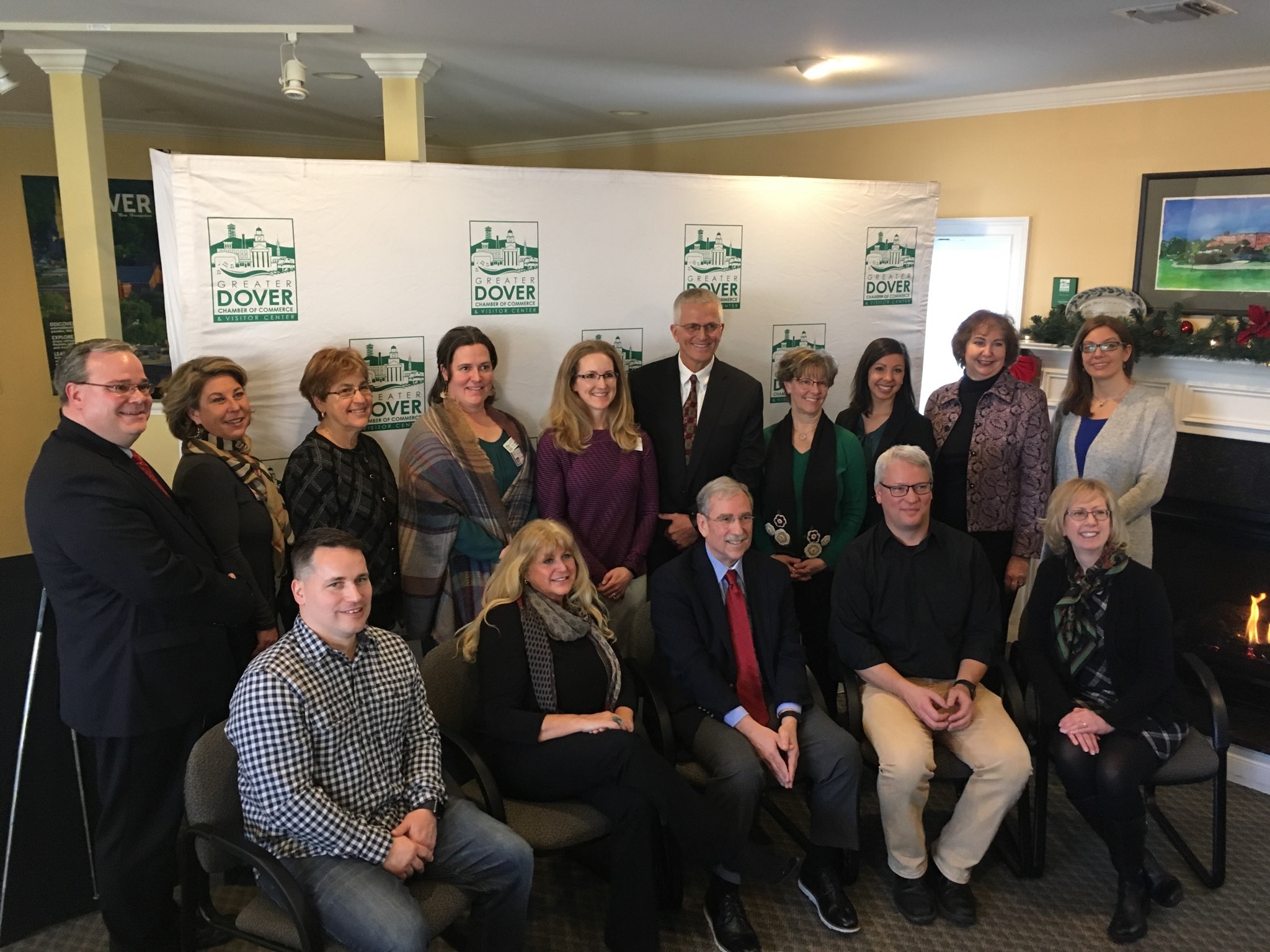 Relyco CEO is Dover Citizen of the Year 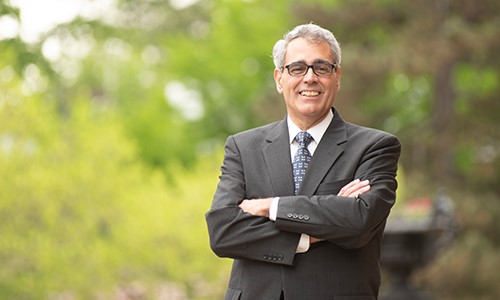