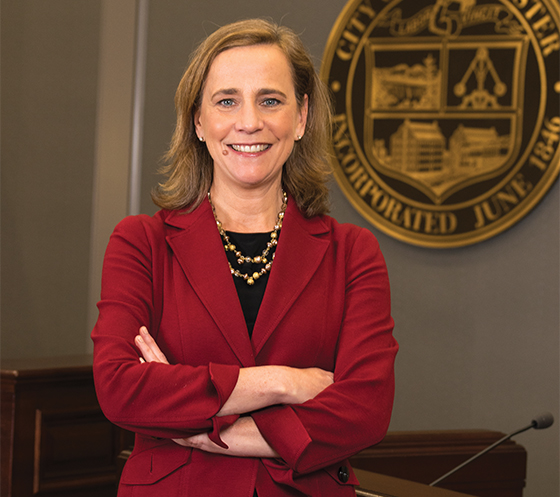 Joyce Craig, the first woman elected mayor of Manchester, didn’t dream of making history. As a girl growing up in the south end of Manchester in a small two-bedroom home that her parents still live in today, she wanted to be a teacher. As a young woman, she graduated from the University of NH with a degree in business administration and headed to Boston with dreams of making it big in the marketing world.

Craig didn’t experience the slightest whiff of political ambition until she moved back to Manchester to raise her family and joined the PTO. As she began learning about the significant issues facing Manchester’s schools—from budget issues to overcrowding in classrooms–she decided she should do something about the challenges. Her first campaign in 2007 was for a seat on the city’s school board.

Craig won her race and says, while she enjoyed her two-year tenure on the board, she found the budget process frustrating. She says that although the school board can define the needs of the district through its budget proposal, it’s the board of alderman and the mayor that ultimately control the purse strings. “A city, if it is going to be successful, needs a strong school system,” she says. Wanting to help approve budgets that would strengthen the schools, Craig decided to run for a seat on the board of aldermen. “The city has strong department heads and dedicated staff who want to work and make the city better,” Craig says. “A challenge has always been the budget.”

Before the Campaign Trail
But what brought her to this point? After a semester in biochemistry at UNH, she knew that wasn’t a fit. After college, she wanted to work in marketing and advertising and moved to Boston, starting at the marketing firm, Hill Holiday, answering phones and determined to work her way up. “I volunteered on any new business pitch I could,” she says of getting noticed. From Hill Holiday, she earned a job as a director at another agency where she led multi-million dollar accounts. She also worked for Viacord, a biotech startup in Cambridge between 1996 and 2004. “It was an amazing experience to work with an entrepreneur,” she says. During her tenure with the company, it went from a 10-person firm to being acquired by Viacell and then going public.

But returning to NH was important to her. She says she wanted to raise her family in Manchester and provide her children with the same kind of childhood she’d been fortunate enough to experience. Craig and her husband Mike, an attorney in Manchester, actually met in the fourth grade. “We were friends forever. We went to senior prom together and dated off and on,” Craig says.

The couple, who married in 1994, wanted to move back to the Queen City when they began to start their family, which now includes: Will, 20, who is working in Philadelphia; Sarah, 18, who is a freshman at UNH; and Kathryn, who is in eighth grade at Hillside Middle School in Manchester.

And Craig says her family helps her achieve her political aspirations. From her first campaign to the recent run for mayor, she says, “My family has been 100 percent supportive and worked on my campaigns. I think my husband Michael knocked on more doors than anyone.”

She adds that much of her campaign was listening to people and their concerns. “We’re a hard working city. People sense there are great opportunities around the corner, and they want to participate, and they want connection,” Craig says. “I want to help people and do better.”

Political Rise
Craig says she is proud that, during her tenure as an alderman from 2010 to 2015, the city approved a budget for the police department that met the needs outlined by the police chief, instituted energy efficiency programs and reduced class sizes in schools.

However, she was frustrated the city was not accomplishing more, and she says the city needed new leadership. Craig challenged Mayor Ted Gatsas in 2015, losing the election by 64 votes. She says her family’s response was: “We are going to do this again.” Craig says she also wanted to show her daughters not to be dissuaded by setbacks and to pursue your goals.

In 2017, she ran against Gatsas again, turning the tables and winning by more than 800 votes. The election caught national attention not only because former Vice President Joe Biden recorded a video supporting a mayoral candidate but because it was a Democrat upsetting a Republican incumbent in the largest city in the first-in-the-nation primary state, and she made history as the first woman elected as mayor of Manchester.

Craig says she didn’t really think that much about being elected the first female mayor of the city while campaigning. She was more surprised by the amount of money needed to run the campaign—$465,376. “You shouldn’t have to raise a half-million to run for mayor,” Craig says, adding she would like to see more parameters placed around campaign finance at the local level, such as limiting the amount of money individuals can give. However, she is also not dismissive of another glass ceiling being broken. “It was great to hear feedback from women. I’m thrilled this [running for mayor] is not an obstacle for anyone else moving forward. That’s the best thing that has come out of this,” she says.

Looking Ahead
Mayor Craig sat for the Business NH Magazine interview only a week after inauguration—a week that included dealing with the worst water main break in Manchester in 45 years and a blizzard that shut down City Hall and closed schools for two days; moderating two school board meetings and an aldermanic meeting; and meeting with department heads, among other official business.

While there are many issues the new mayor says she wants to tackle, she lists three top priorities: addressing the opioid crisis ravaging the city; growing the city’s economy; and improving the city’s schools. “I want to make schools better and [make sure] every child receives a quality education. When people walk the streets, I want them to feel safe. People want to live here and start and grow a business,” she says.

Of the opioid crisis, she says, “There is strong desire and commitment to help on this front. I had a meeting with the governor last week, and this was one of the main things he talked about.”

To address the opioid crisis, Craig would like to see more coordination and communication between key stakeholders in the city trying to address the issue. “It takes someone in office to get the players to the table to develop a plan for what the city needs,” Craig says. “Consistent regular meetings weren’t happening with key players, and that’s unacceptable.”

And after financial issues came to light about Serenity Place, a substance abuse treatment facility that was placed under the control of another nonprofit, Craig says it is important to ensure providers have benchmarks, are transparent and have the resources to provide what’s needed.

Improving education and providing more resources to Manchester schools have been hallmarks of Craig’s political career. “I want to be the best school system in New Hampshire and beyond. I, my husband and my kids, are proud graduates of our public schools. We have hard working teachers and administrators,” Craig says. “Everything we do needs to focus on student achievement.”

Craig recently testified at the State House against a proposal to offer school vouchers that would allow families to take the $3,600 state education adequacy funds allotted per student and use it for private school options. Craig testified it would hurt Manchester’s school district, saying that if one-quarter of one percent of students left, or 35 students, the district would lose over $400,000.

Craig says the city needs to address illiteracy, lower the drop-out rate and increase alternative education options within the public system. “There’s lots we can do to help students succeed,” she says.

Manchester schools boast the most diverse population in the state. (Children attending Manchester schools speak more than 70 languages at home.) Craig says that diversity is among its biggest assets. “We are a welcoming community, and there is work we can do to be a more welcoming community,” she says, adding the city could better publicize vacancies on boards and commissions and fill them with leaders who are more representative of the city’s diversity.

It’s not just pre-K through 12 that the city needs to focus on, she says. “We have college and universities in the city and yet we are not known as a college town,” Craig says. “It’s a missed opportunity. We need to work with them and listen to them and be a place where students want to stay and fill jobs here.”

From left: William, Michael and Mayor Joyce Craig at her inauguration. Brayall Photography.

Economic Development
Asked whether Manchester has stagnated, Craig points out there are several examples of exciting grassroots projects,  including a bike sharing program, the establishment of a cultural district and the Manchester Connects efforts, which seek to create recreational, cultural  and economic opportunities along the riverfront.

Craig says the riverwalk is an amazing city resource but lined by parking lots. “If you look at other communities like Providence with a riverfront, it’s a destination. On the weekends here, those parking lots are empty. There are unlimited opportunities of things we could do,” Craig says.

Craig says she is also committed to forming a Mayor’s Business and Economic Development Council to develop long-term and short-term goals for boosting the city’s economy, including ways to keep downtown vibrant. “Are there opportunities for pop-up shops in buildings long vacant?” Craig asks. The mayor also wants to find ways to create more opportunities for companies to expand like Southern NH University, Dyn-Oracle, and DEKA while attracting new, innovative companies like PillPack and the Advanced Regenerative Manufacturing Institute (ARMI).

“There are ways we can help, through planning and putting together a program to help new businesses coming to Manchester,” Craig says. “We need to be open and helping businesses as much as we can.” To that end, she wants to bring back facade grants that the city used to issue to help businesses make improvements to buildings. Craig also supports developing a plan to bring passenger rail to Manchester from Boston. “Businesses in the Millyard are looking for employees and, if we had rail, it would help bring employees here,” she says.

During the election Gatsas labeled Craig a spendthrift liberal who would raise taxes. But Craig takes issue with that assessment. “Nobody wants to pay more taxes, and that is not my intention. …. I want to build relationships with businesses and universities and get creative to make improvements that everyone should want,” Craig says. “If there is a partnership from the mayor’s office, we could do more. I want to engage the community in different opportunities." 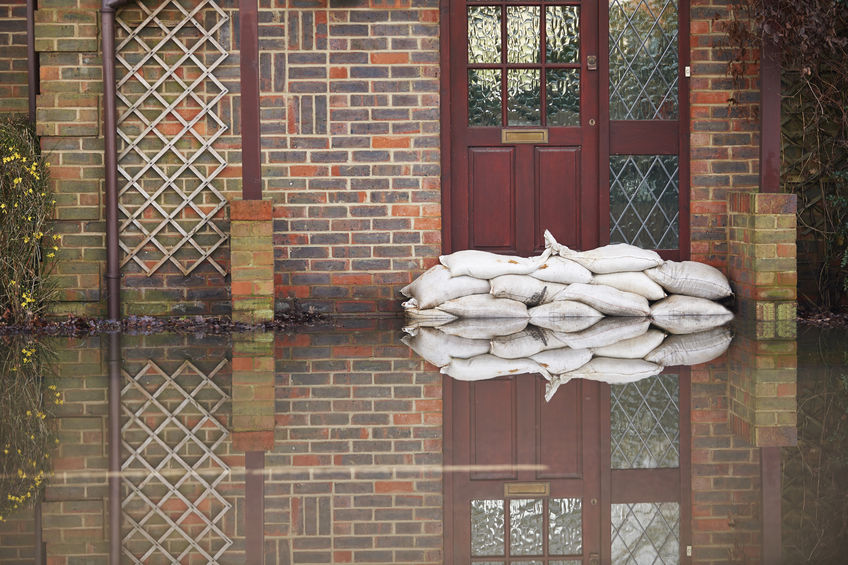