Invisible Walls: Many Refugees are Funneled into a Few Manchester Neighborhoods 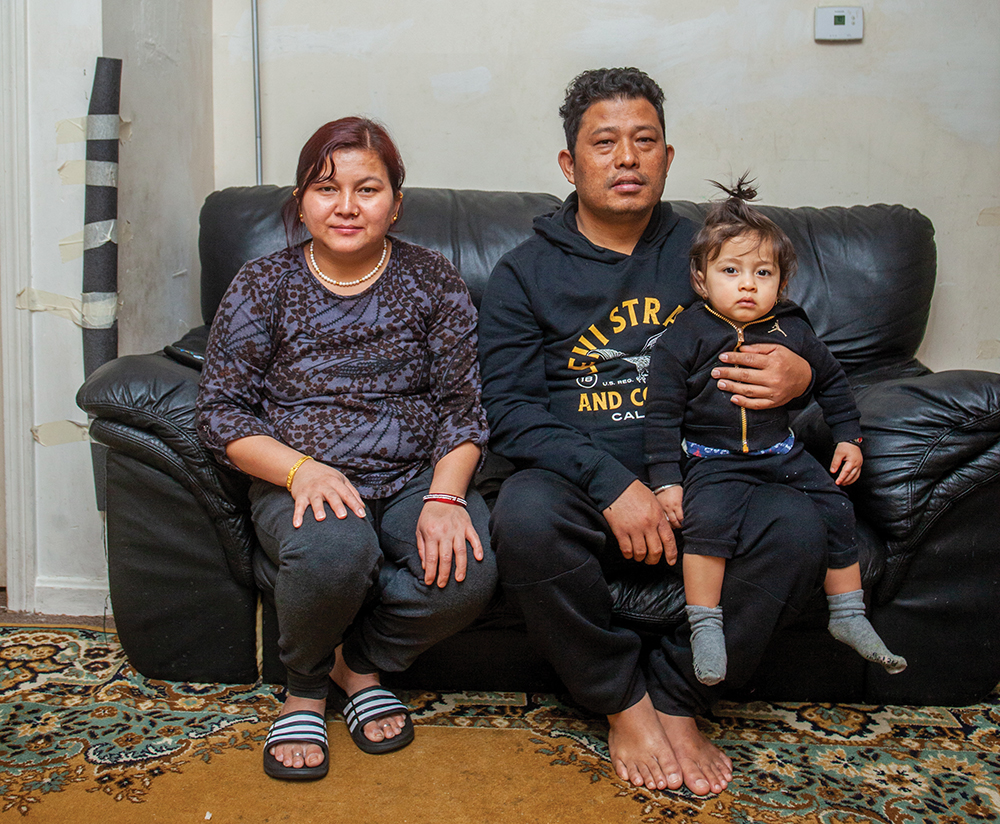 The Ghalley’s apartment sits near the top of Douglas Avenue in Manchester, just before it exits the Piscataquog neighborhood to meander through Notre Dame. A large pile of trash—the accumulated refuse from six families in a city with only two collection days a week—sits outside.

Mani Ghalley, 40, a  Nepali Bhutanese refugee, sits on the couch of his sister-in-law, Sabitra, as she and their guests sit on the floor. His wife, Dhan, who chose not to participate in the interview, is in their own apartment, cooking chicken curry and watching for the couple’s three children. 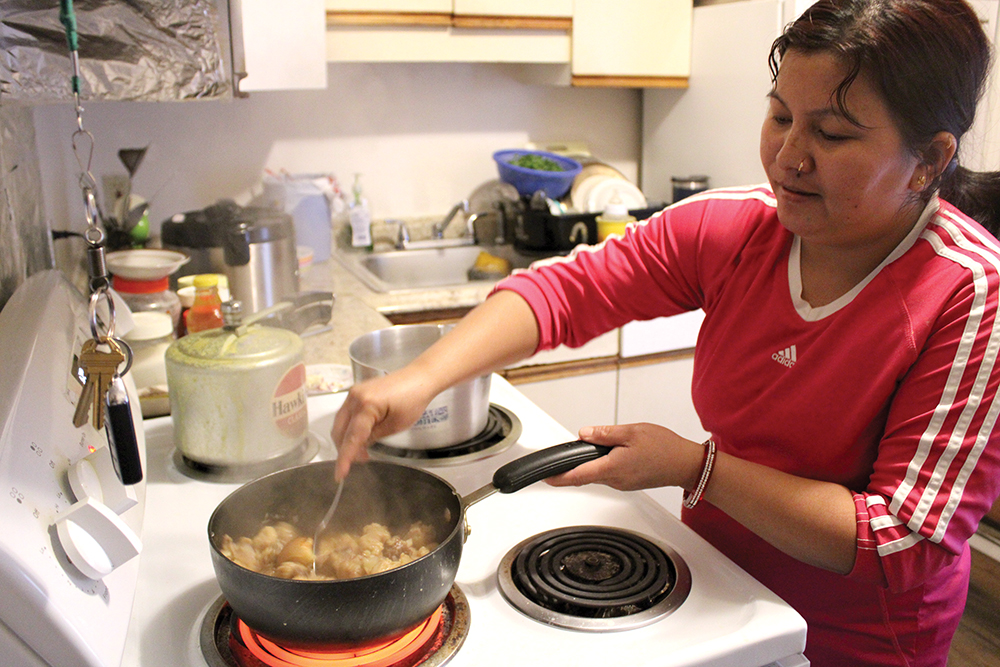 “It’s safer in east Manchester,” he says in Nepali through Suraj Budathoki, an interpreter. He adds that he feels as if crime has increased in his neighborhood as “the police have started to come more frequently. I feel it’s not that safe anymore.”

The family has only moved once since they were placed in Manchester by a resettlement agency in 2011, and that was from a different unit in the same building.

Several factors have kept them in the building: low-English fluency, stagnant income, a lack of social support and a low housing supply jacking up prices.

The Ghalley’s situation is emblematic of that of many refugees—living in poor conditions with little support, often after having experienced intense protracted trauma in their homelands and refugee camps, impeding integration into wider American society.

“When we start living [in the U.S.], we are living here [to save] our lives,” Budathoki says. “The language is different. Laws and regulations are different.... We don’t have any credit or any kind of knowledge on how to start a new business or even go to college.”

He adds, “It’s important to have some handholding for newcomers.”

There is some of that. The U.S. Resettlement Program provides four months of assistance for refugees by supporting local resettlement agencies, such as the International Institute of New England. The agency helps refugees find housing and work, and registers families for services such as public schooling, transfer payment programs and health care.

In addition to four months of such services, each refugee receives a $1,500 loan to help with relocation. 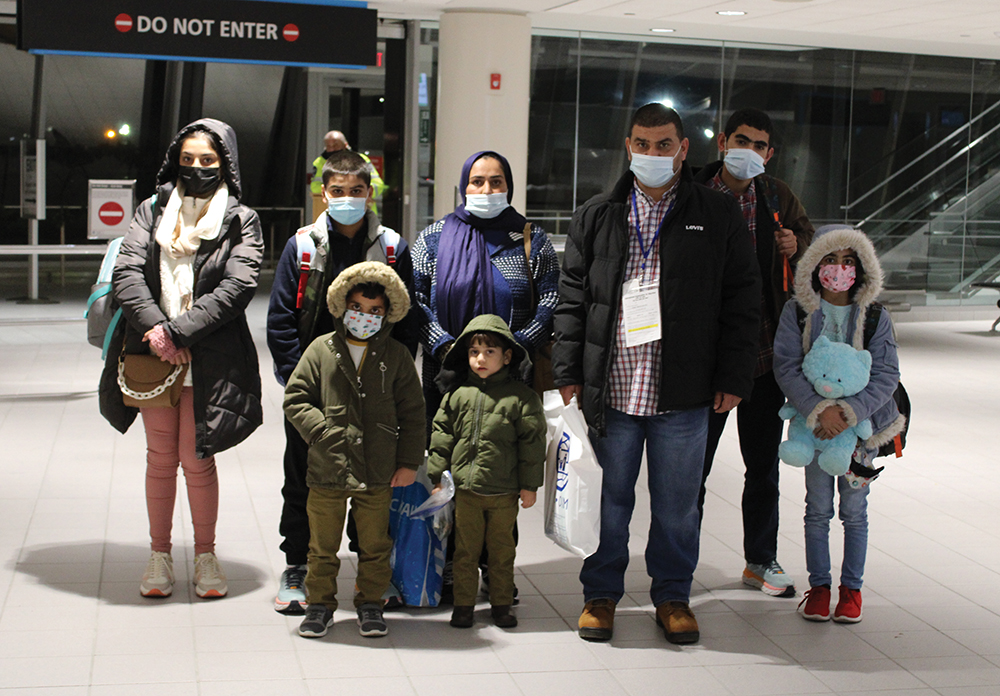 Clustering
For the Ghalleys though, it may be a while before they can move. Manchester’s housing crunch has resulted in a vacancy rate of only 1%, moving housing outside of refugees’ price range and that of resettlement agencies. As such, refugees tend to be located in areas like Center City and the Ghalleys’ neighborhood that have lower rents and higher vacancy rates, but also tend to be more impoverished with lower quality housing stock.

“It works out that way because housing is cheaper [in those areas],” says Henry Harris, managing director for the Manchester offices of the International Institute of New England of the areas of the city that have a higher concentration of refugees, such as Center City. “Finding [affordable] apartments is very challenging.”

1,166 refugees were resettled in Manchester — second in the state only to the 1,187 in Concord — between fiscal years 2012 and 2021, according to the NH Department of Health and Human Services.

The largest group statewide are the 1,161 Congolese, fleeing the Democratic Republic of the Congo. Bhutanese form the second largest, at 770.

Though refugee-specific data is not available, foreign-born residents do form the largest proportion of the population in neighborhoods in Center City, according to data from the American Community Survey’s 2019 5-Year Estimate: 1,104 live in Census Tract 15 and another 776 are in Tract 16.

Housing availability is an issue citywide, an estimated 46,188 housing units in Manchester were occupied, and only 3,257 were vacant, as of 2019.

But housing prices tend to be cheapest in low-income neighborhoods, such as Piscataquog (Census Tract 20) and Center City (Census Tract 15), where multifamily housing is more plentiful, and thus more units are open for tenants. And the data bears that out.

In Piscataquog, with 74% of its buildings being multifamily and an 83% occupancy rate for its 1,033 units, 61% of households fall into the same category.

The Ghalleys, who want to cross the Merrimack to the East Side of the city, may find difficulty in neighborhoods there as well, such as the StrawSmyth neighborhood (Census Tracts 9.01 and 9.02). Of its 3,976 housing units, almost 55% are in single family homes and only 160 are vacant. Close to 69% of households there make over $50,000.

The housing tends to be of lower quality in these neighborhoods, in large part due to absentee landlords. For example, during the interview with Ghalley, a cockroach made three quick appearances before the hour-long interview concluded.

Ghalley says that he has brought the issue of the cockroaches to the attention of his landlord multiple times, but to no avail.
“We’ve had to get used to it,” he says.

In their neighborhood, owners occupy only about 12% of units, slightly higher than the approximately 10% in Center City.

That number is almost 58% in Wolfe Park, 61% and 49%, respectively, for the two tracts in StrawSmyth. 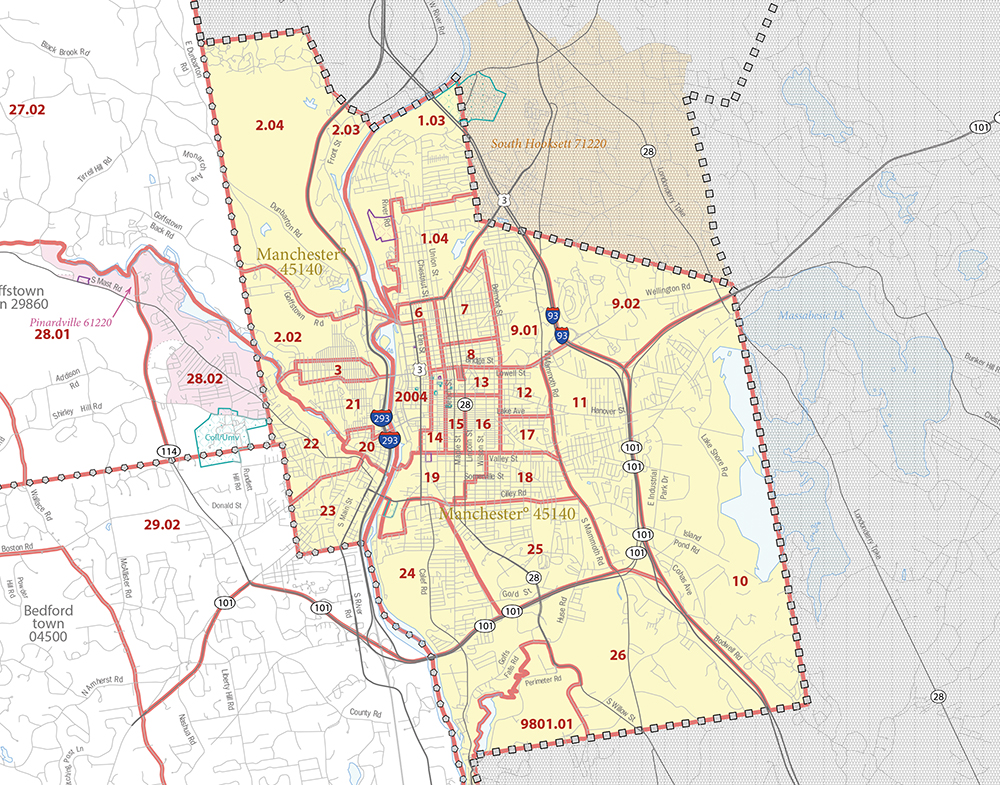 The Upside
But there are at least two advantages  for refugees being placed in and near Center City. “Most of our clients don’t have transportation and they’re not going to for a while,” says Harris of the International Institute of New England. “So being in Center City helps because there is public transportation, and most can walk to our site.”

He adds essential services and locations, such as City Hall, health clinics and banks are more accessible from those areas.
The other is a greater sense of community due to proximity to other refugees, which experts say is the greatest factor in predicting future success in refugees’ new lives. “A family that moves into Center City has, generally, other families of similar cultural backgrounds nearby,” says Steve Thiel, assistant vice president for social impact in community relations for Southern NH University. “That is very helpful to have, in this case, a Bhutanese family next to another Bhutanese family.”

According to Thiel, having other families from similar backgrounds nearby helps shield them from instances of othering and discrimination. “Cultural connection is really important,” he says. “The idea of having those who have gone through similar circumstances to you around you is quite important.”

Yet that type of informal segregation, even if there are some benefits, hurts everyone in the long run. “I think segregation hurts everybody involved with it,” Thiel says. “Even in what you would count as traditional positions of power in this equation are worse off by not having more cultural connections.”

Mental Health Services Needed
Coming from harsh situations, refugees often arrive traumatized, and that trauma is compounded by that of resettlement.

“Coming from Africa, Europe or Asia is a very difficult process and traumatizing,” Thiel says. “They have various amounts of trauma that come up while resettling.”

Experts interviewed say that many groups have cultural taboos or preconceived notions around ideas of mental health that make it difficult for them to seek treatment.

That’s why such treatments should be made readily available through placement organizations, says Budathoki. “Coming to a new country, knowing nothing about the culture, it retraumatizes refugees,” he says. “It’s very important they have mental health services.”

Finding Home
Budathoki says the number of Bhutanese in Manchester has fallen significantly as more leave for places such as Ohio, where they have friends and family who can help them find work. The phenomenon is called secondary migration—when people move after placement to a different area for work, family or other reasons.

He adds that housing is critical to all aspects of the human experience. Secure and safe housing allows for mental and physical health and creates the space for a person to grow, as many Bhutanese have done. “There are many millionaires in our community,” he says.

But for the Ghalleys, and others like them, the question of finding a place that feels like home is a priority. “There’s a Gulf gas station [nearby],” Ghalley says. “I went to check a lottery ticket and there was this man in a wheelchair. He said to me: You look Asian. Which country are you from? … This is not your country. Get out!

“That just makes me think: If I were in Bhutan, I would’ve been something. Here, I feel like it’s not my country.”

“Invisible Walls,” a joint project of the Granite State News Collaborative, Business NH Magazine, NH Business Review and NH Public Radio, describes how exclusionary zoning laws have reinforced areas of persistent poverty, impacting many aspects of community life, including crime, public health, affordable housing and access to economic opportunity in Manchester. The team used Manchester as a case study, but the same sorts of exclusionary zoning practices present in Manchester are common across the state and likely have had similarly broad effects.

These articles are being shared by partners in The Granite State News Collaborative. For more information visit
collaborativenh.org. 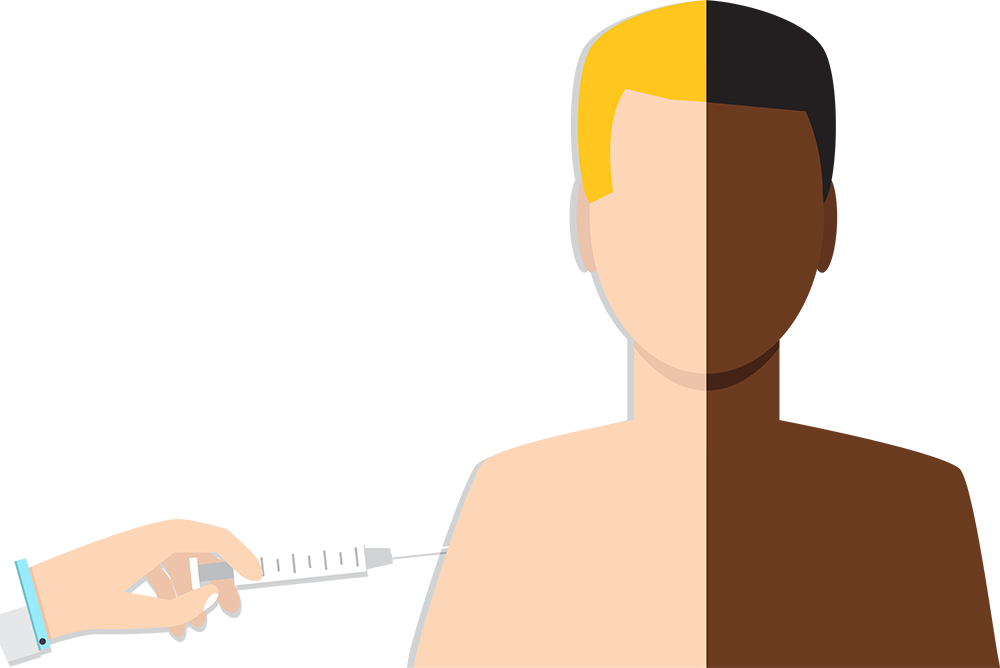