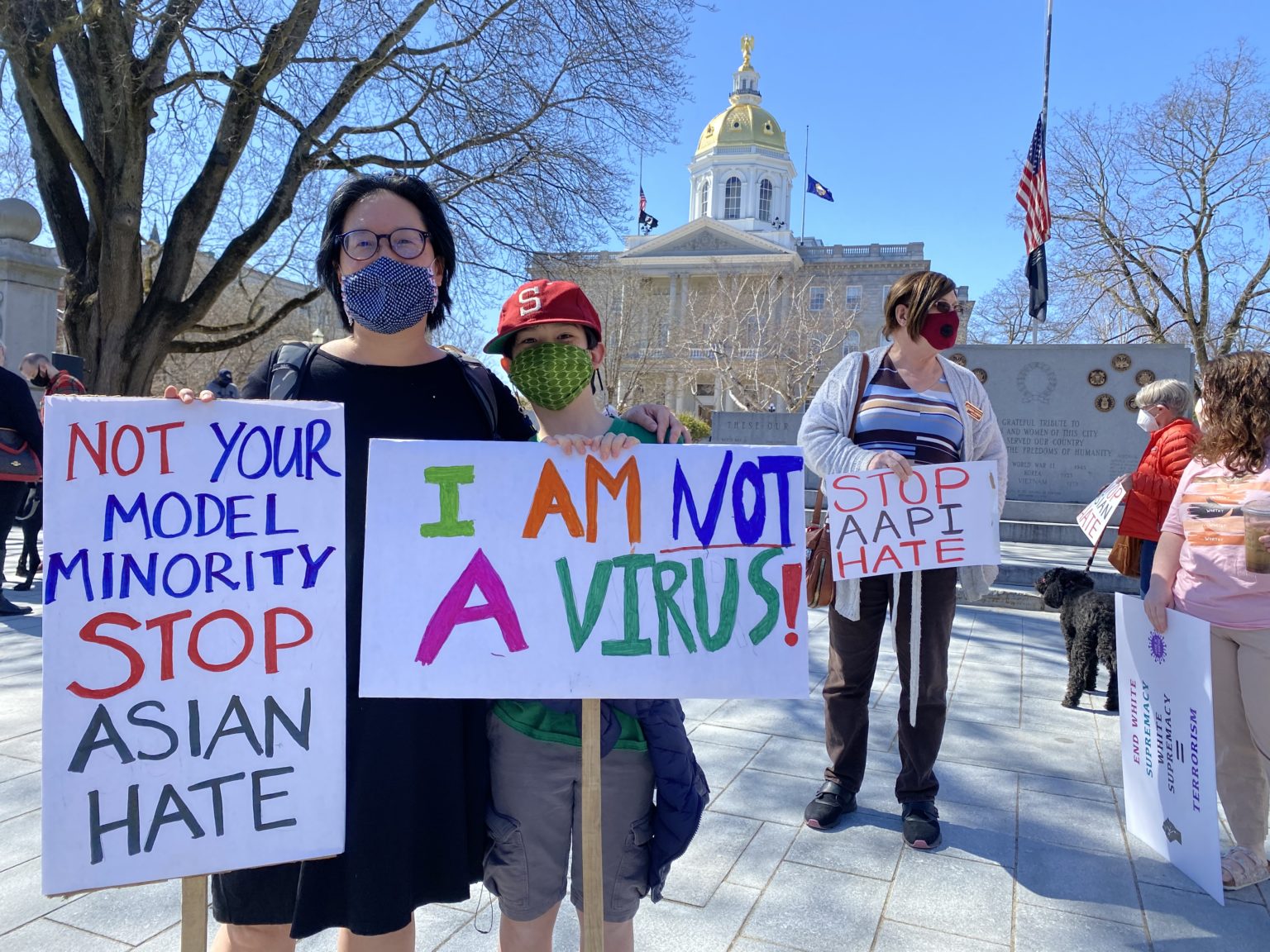 After the deadly tragedy in Atlanta, and with just 24 hours’ notice, about 300 Granite Staters gathered on the Capitol Plaza in front of the State House Sunday for a peaceful solidarity rally with the American Asian and Pacific Islander community.

The event was organized by the NH Asian American Pacific Islander (AAPI) Caucus of the NH Democratic Party in conjunction with the Kent Street Coalition.

Last year, 3,800 hate incidents against Asian Americans were reported in the United States – an increase of 1,900%. On Tuesday, six Asian American women were murdered in the mass killing allegedly by a white man in Atlanta, Ga. Sunday’s rally began with a reading of the names of those victims: Hyun Jung Grant; Xiaojie Tan; Yong Ae Yue; Daoyou Feng; Soon Chung Park; and Suncha Kim.

Event organizer Susmik Lama said attendees were gathered “In peace and in tragedy…to condemn hate, call upon New Hampshire elected officials to denounce racism in all forms and policies fueled by politics.”

“As an Asian American Pacific Islander community, we are unique, we are different, and we are the same. And so are you, our allies,” said Cora Quisumbing-King, co-chair of the NH AAPI Democratic Caucus. “We come here to gather in grief and protest and solidarity. We are sad, frustrated, angry. Righteously angry.  Let us see each other, one another. Listen. Act together. We, the AAPIs, are diverse. Honoring different cultural backgrounds and united in our shared purpose to advocate for AAPI communities and anti-racist culture.”

Speakers at Sunday’s rally connected the rise in violence directed at Asian Americans to the growing commonality of anti-Asian hate speech, especially in connection to the coronavirus pandemic.

“We had a president who called this virus ‘China Virus’ – ‘Kung Flu.’ Don’t tell me there isn’t a connection,” said Asma Elhuni, Movement and Politics Director at Rights and Democracy NH. “People are taught to be racist. Racism is created to divide us so we’re not focusing on what we need to be focusing on. We need to pay attention to the way this country handles the pandemic but we’re hating each other.”

Sumathi Madhure, co-chair of the NH AAPI Democratic Caucus, says as a frontline worker she has been subject to micro aggressions, including racist language regarding COVID-19.

“People make remarks that aren’t dangerous or put me in fear of my life, but they do make comments about ‘China Virus’ and we know those words are coming from our former president and some of his company,” said Madhure. “Words matter. I think it’s important to say COVID-19 is not ‘China Virus.’ It’s not ‘Kung-Flu.’ It may have originated from China. There are other viruses that originated from other countries but we don’t blame that country.”

Samantha Searles, co-founder of Black Lives Matter Nashua, said she dropped everything yesterday to be here because she wanted to “Show up for the American Asian Pacific Islander community the way they showed up for us time and time again. I want the Asian community to feel the same way I feel – that there is hope.”

“The work of mitigating white supremacy is white people’s work. As an organization whose mission is to call more white people into the work, it’s important for us to utilize our privilege in spaces like this and lift up the voices of those who are often spoken over,” says Sarah Robinson, founder of Concord Showing Up for Racial Justice (SURJ).

Concord Mayor Jim Bouley says there are steps everyone can take to end racism.

“On a macro level, we have to first acknowledge racism. We have to end, whether it’s city ordinances or state laws that continue to promote systemic racism, but most importantly as individuals we need to speak up and take action. If we’re going to end racism, it’s not in these rallies, which are great, it’s in our daily lives and how we carry ourselves and are willing to speak up,” Bouley said.

Rep. Latha Mangipudi, D-Nashua, is serving her fifth term as state representative and told the crowd she was not going to quit fighting for justice.

Rep. Debra Altschiller, D-Stratham, echoed Mangipudi’s calls for unity and said there is a direct connection between the culture of racism, misogyny, and gun violence behind last week’s attack in Georgia.

Event organizers called on lawmakers to enact policies to protect minority communities, in particular the rejection of HB 266, an anti-sanctuary city bill, and HB 544, which would deem issues of sexism, racism, and homophobia as “divisive concepts” and prohibit conversation about them in state contracts, grants, and training programs. Opponents say this bill would effectively ban the teaching of slavery in public education and unconscious bias trainings and sexual harassment trainings.

“What do we do? We speak up for each other. We stop tolerating micro aggressions like pebbles of sand in our shoe. We have to clean them out, stop and address them in the moment because before you know it, you can’t walk anymore because your shoes are full of sand,” Altschiller said.

Organizers also called on allies to denounce hate speech and stand up against racism and called on the AAPI community to use their words to speak up and share when they are the victims of hate crimes because of their ethnicity.

Madhure concluded, “Enough is enough. Don’t just brush it away. We’re human too. We deserve to be safe.”

Pictured: Sabina Chen and her son, Milo Chen Clark, of Pelham at the #StopAsianHate Rally Sunday in Concord. It was organized by the NH Asian American Pacific Islander (AAPI) caucus of the NH Democratic Party in conjunction with the Kent Street Coalition NH. (photo by SARA PERSECHINO) 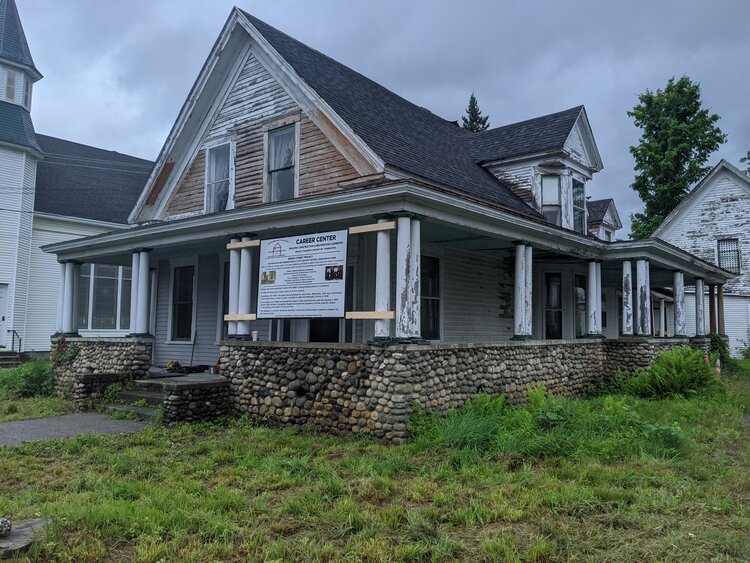 Pandemic Highlights the Importance of Landmarks 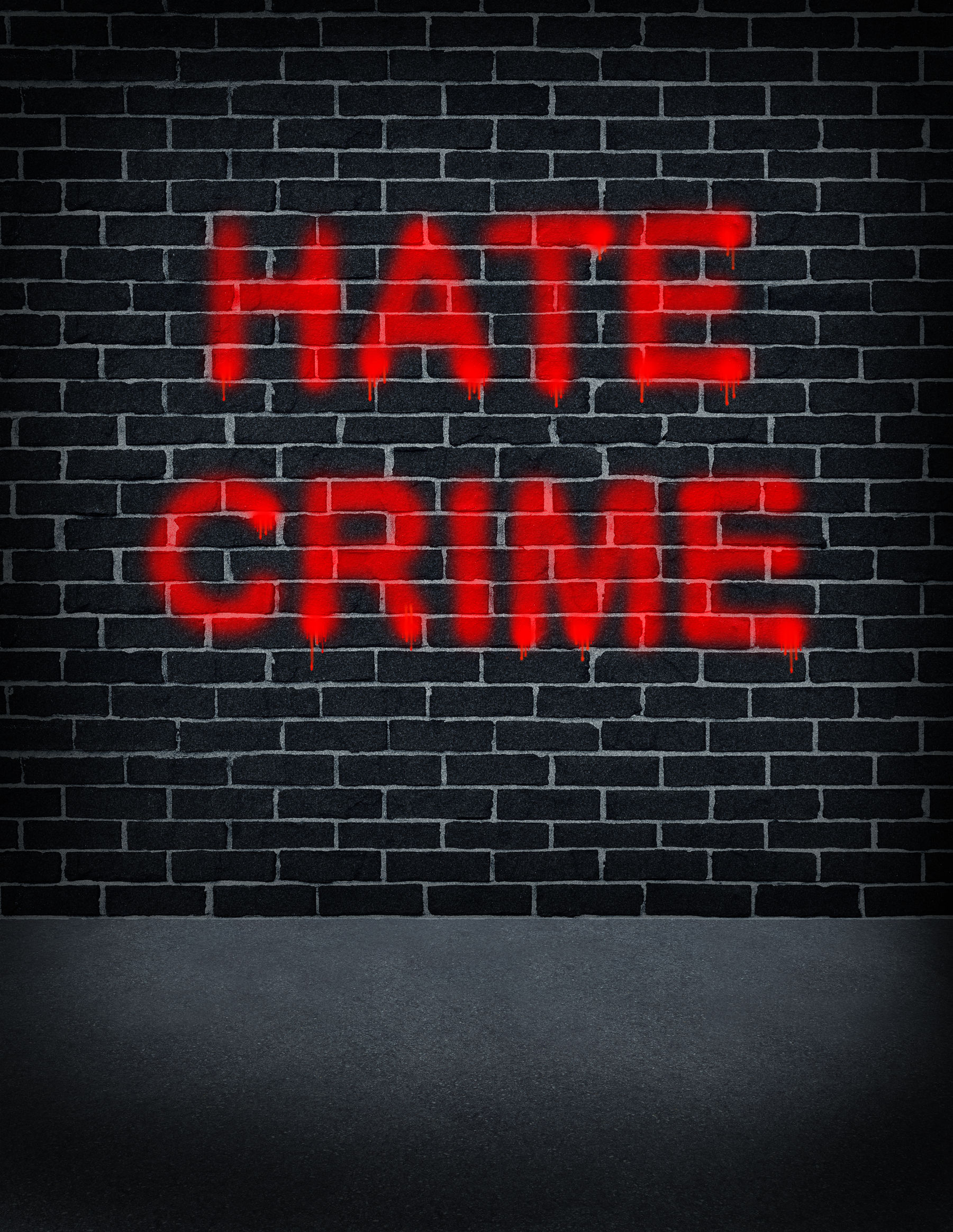 How Hate Crimes are Handled in NH