Fire at Red Jacket Resort, Cause to be Determined 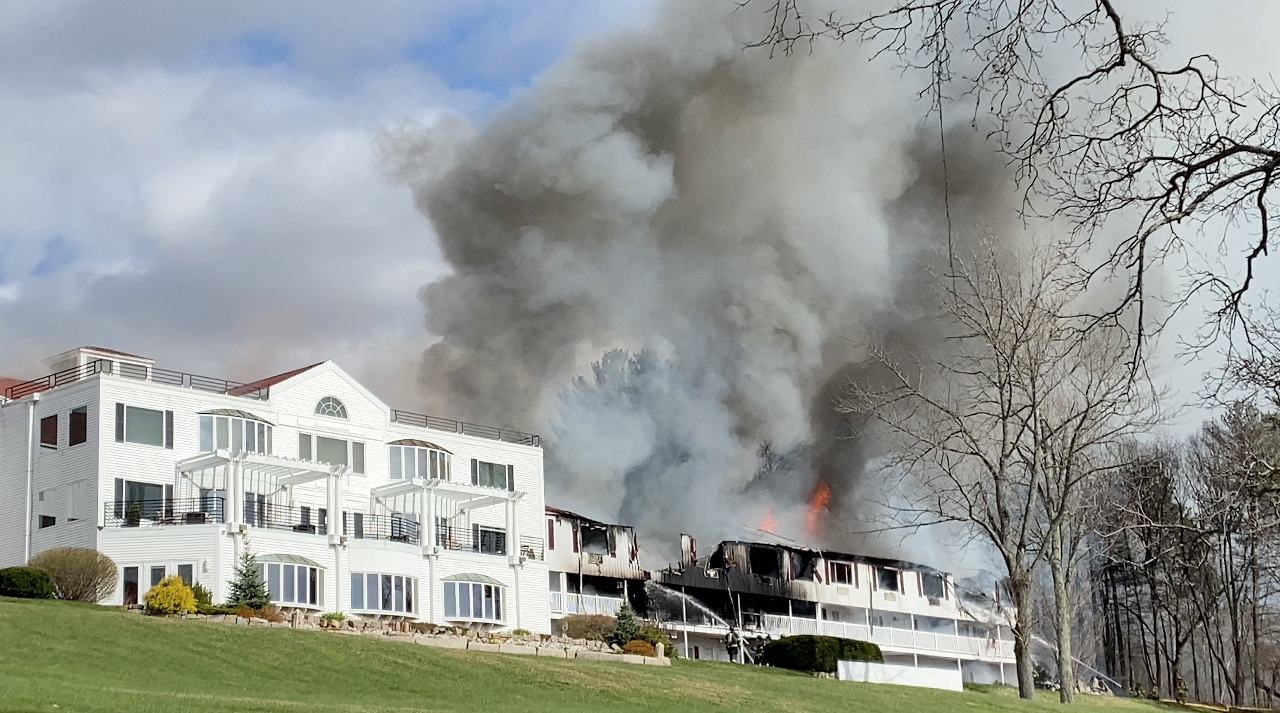 Some guests were at the water park. Others sleeping in their rooms. One family had just come back from a celebratory meal at the Sea Dog restaurant down the street. Nobody was expecting the beautiful Saturday afternoon to turn out the way it did, either jumping from balconies, being herded onto buses to other hotels or watching in horror from the front lawn as flames shot out of the windows of the expansive Red Jacket Mountain View Resort in North Conway.

As Nehemias Castillo, a 44-year-old maintenance director for Lincoln Properties in Boston, related, the first tell-tale sign was the faint sound of an alarm he heard as he and his wife, Kelly, and their four children returned from lunch at Sea Dog. The family from Plaistow and Boston were celebrating the end of vacation for the kids: Isaiah, 15; Gizelle, 13; Jasmyn, 10; and Julian, 5.

“We had arrived Friday and had a great time at the Red Jacket,” Castillo told the Sun on Monday. “We returned from lunch and were going to hit the water park. Our room wasn’t in the south wing, but I could hear an alarm from somewhere around 3 o’clock. I’m in building maintenance, and I said, ‘That’s a fire alarm.’”

Castillo said he and his older son went to investigate, and the look on the face of the front-desk clerk said it all. Then a door opened to the south wing, and Castillo said he could see nothing but black smoke. The clerk told him, “This is real. You need to leave now!”

He said he got his wife and kids, and they went out the back, but police told them to go to the front lawn.

“There was one police officer, I don’t know who he was, but he was a hero,” Castillo said. “He was going door to door, making sure everyone got out.”

After they stood on the front lawn for a while, Castillo said he saw hotel workers loading people into vans. “We went over to the side, and the hotel staff brought us to the Holiday Inn,” he said.

His voice broke with emotion as he said, “I couldn’t believe the kindness of everyone in your town and the people at the Red Jacket. They got us pajamas, food, anything we needed.”

He said the Red Jacket paid for them to stay an extra day at the Holiday Inn.

“I just want people to know how beyond grateful we are, and how gracious the staff at the Red Jacket was,” Castillo said. “They went above and beyond.”

Although there were first-person accounts of escaping the fire by leaping from balconies, miraculously, there were no deaths or serious injuries caused by the immense blaze.

North Conway Fire Chief Pat Preece and his crew were aided by a large outpouring of mutual aid, which undoubtedly spared the rest of the resort and surrounding properties from further damage.

Brownfield and Fryeburg, Maine, also reportedly responded. Resources from Action Ambulance and Lakes Region Mutual Aid were provided. The Office of the State Fire Marshal was contacted to assist in the follow-up investigation.

At a news conference on Sunday, Preece, along with State Fire Marshal Sean Toomey and a representative of Red Jacket Resorts spoke with the media.

“We’re still working on (determining the cause of the fire) ... It will be a bit before we have any definitive information,” said Toomey.

He added, “We are asking any of witnesses or anyone who was here with information to call our office at (603) 223-4289. A lot of the information will be from those witnesses, based on the extent of the damage,” said Toomey, adding, “There are no criminal indicators at this time.”

Because an excavator was called by Preece into service from Rotten Rock Saturday evening to help separate the still smoldering debris from the steel frames to stop the wooden debris from flaring up, Toomey said determining the cause is made more difficult, but that action was necessary to stop the spread.

Asked whether the 1971-built structure was sprinkled, Preece said, “That section of the building was built in the 1970s prior to sprinkler requirements.”

Preece said the alarm system had been activated during the fire. He said when he arrived on the scene Saturday afternoon, “The horns were working. Shortly after I arrived the alarms went out; maybe there was a short, I don’t know.”

Preece said due to the wind, the fire did roar past a few fire stops in the building. but that they did help slow it down somewhat.

Preece praised the mutual aid system that brought 28 fire departments to the call, with some from as far north as Shelburne and as far south as Milton and Laconia and as far west as Sandwich and Moultonborough responding.

He said two firefighters were treated for heat exhaustion and two guests were transported for care at Memorial Hospital, with one experiencing trouble breathing and the other a person with diabetes who was unable to access her medical gear from inside her burned room.

The last major commercial fire in Conway occurred in 2007 when Fandangle’s Restaurant, located at the site of the new Home2Suites hotel on Routes 16 burned in August 2007. Other notable fires in the Mount Washington Valley were:

At Sunday’s press conference, in addition to the effort by first responders, Preece also praised the community for its response, as did Red Jacket Resorts spokesman Justin Grimes. “Surely, you can imagine what it means to us and for our team here at Red Jacket. And we just want to say thank you, from the bottom of our hearts,” said Grimes.

Many residents were using the resort’s indoor Kahuna Laguna Water Park when the fire struck at 2:51 p.m. and were literally forced outside in their bathing suits and flip flops, unable to get back to their rooms to get their belongings.

Erica and Scott Beliveau of Hudsonsaid they were visiting the Red Jacket with their two children, spending the day at the Kahuna Laguna.

Erica said, “We were just about to do a scavenger hunt at about quarter to 3 when a guy came up to us and said, ‘You guys have to leave. There’s a fire.’”

“It must have happened fast,” Scott said, adding that when they came out of the building, “the three rooms at the end were already in flames.”

They had already checked out of their hotel room, and most of their belongings were in their car but they could not get to their car to leave because the exits from the parking lot were blocked.

Though they left behind a few things in the pool area, Scott said, “We got everybody; that’s all we care about,” as he hugged his children.

“I just bought a new car last week and it came only with one set of keys — which are in the room!” said Hannah Hanson from Saco, Maine.

Mark Beauregard and family from Concord had better luck although their two sets of car keys were in their burned room on the third floor, they had called a relative who was driving up with a third set of car keys.

“It’s unfortunate with the fire, but we’re all safe, so that’s what counts,” said Beauregard.

On Sunday, as guests were being let back inside the northern section of the hotel to retrieve their belongings, Sgt. Dom Torch of the Conway Police Department stood near Chief Preece, providing assistance.

Torch said he was one of the first on the scene Saturday afternoon along with Master Patrol Officers Christopher Kroski and Adam Voelbel.

“When we got there, it was seconds away from people losing their lives,” said Torch. He said Kroski and Voelbel went into the hotel and evacuated guests door to door and said there is a video showing Kroski carrying a child from a room.

“Obviously, it’s sad about the damage to the hotel — but it is a great story that no one got killed or seriously injured. It’s the closest thing to a miracle I’ve seen in quite a long while,” said Torch.

Matt Lyman, general manager of the Fox Ridge Resort that once was affiliated with the Red Jacket, said all Red Jacket guests who stayed at the Fox Ridge Saturday due to the fire as of Monday had returned home.

“At this time we are no longer taking donations ... We are asking that if anyone is looking to donate items for people in need to reach out to the many non-profits in the valley, as they are always looking for items. All donations that are left from this weekend will be distributed to these non-profits for them to distribute to the families in the valley that are in need,” said Lyman.

Daymond Steer, Terry Leavitt and Mark Guerringue contributed to this article. These articles are being shared by partners in The Granite State News Collaborative. For more information visit collaborativenh.org. 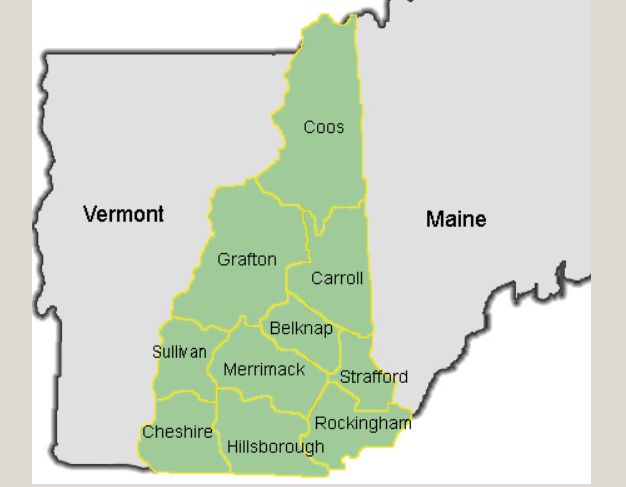 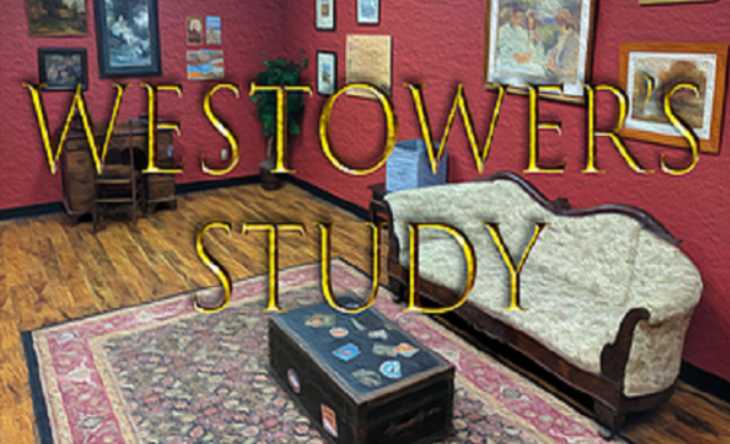