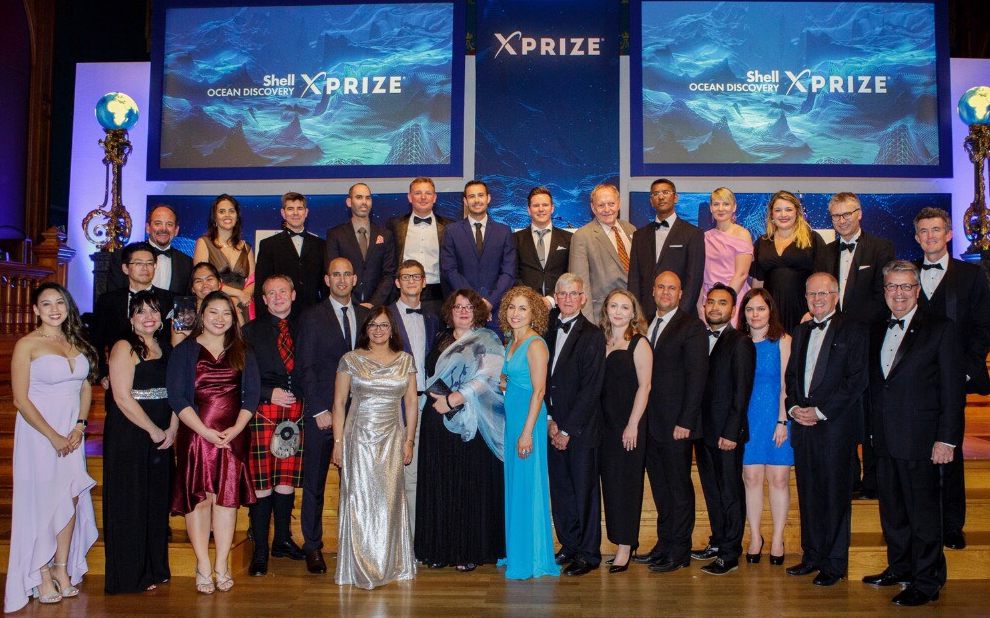 Winners of the three-year-long $7 million Shell Ocean Discovery XPRIZE global competition were revealed at an award ceremony in Monaco and a local team – all alumni of a 12-month course in ocean mapping at the University of New Hampshire in Durham – captured the $4 million Grand Prize.

The XPRIZE competition was created to advance ocean technologies for rapid, unmanned and high-resolution ocean exploration and discovery, and the GEBCO-Nippon Foundation Alumni team, based in New Hampshire and representing 14 nations, created a low-cost, unmanned surface vessel – the SeaKit – and a cloud-based data processing system that allowed them to rapidly visualize the ocean floor. Talk about self-driving cars – this solution is a self-driving sea explorer.

The competition put the team’s undersea technology through a grueling challenge of exploring, mapping and photographing the deep ocean 4,000 meters under the sea – a cold, dark, pressure-filled environment – and then returning to a home base unassisted.

The GEBCO-NF Alumni team’s technology will also play heavily in a separate project called Seabed 2030, a collaborative effort that aims to inspire the complete mapping of the world’s ocean by 2030 and to compile all bathymetric (submarine topographical) data into a freely-available ocean map.

With more than 80 percent of the world’s oceans unmapped, the deep ocean is one of the last unknown areas on Earth. The innovative approaches from the competition are poised to accelerate development of tomorrow’s autonomous undersea technology, and are expected to enable the discovery of new ocean species, underwater resources, geological features, and safer, more cost-effective methods of exploring the deep sea.

Thriving in a Global Marketplace

How to Get Ahead and Stay Ahead