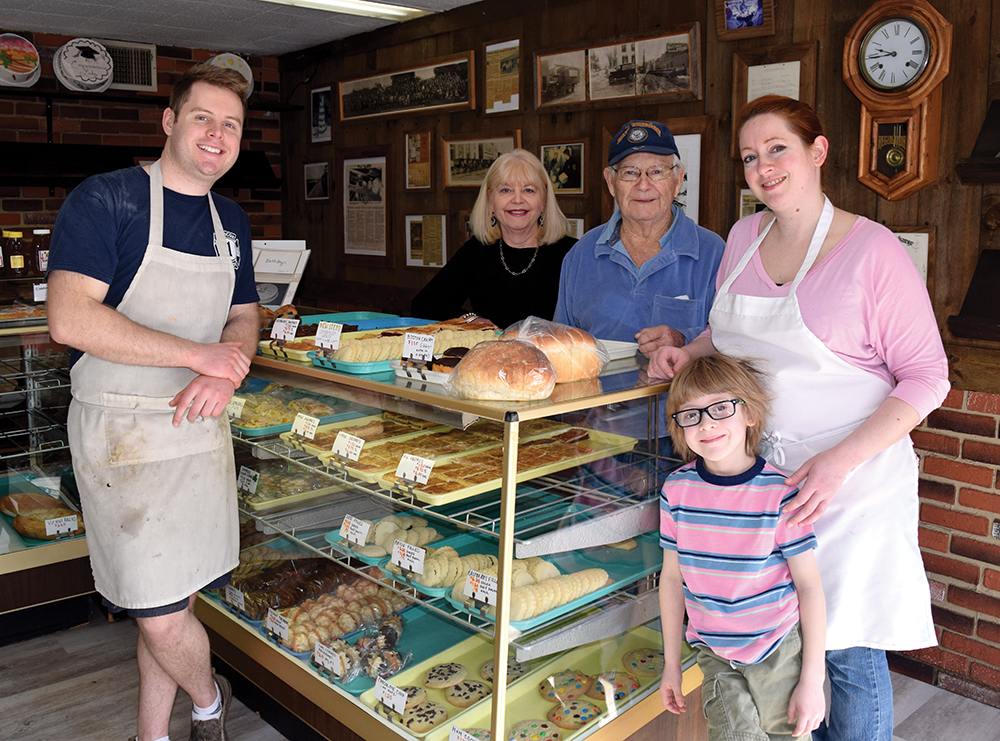 While their neighborhood has changed, the family recipes that make Crosby Bakery on East Pearl Street in Nashua a local landmark have not. Ownership hasn’t changed much either, as the fourth generation of family takes over.

Eugene Crosby opened the bakery in 1947. His only son, Jacob, took over after serving in the military and still works in the bakery every day at the age of 91 making deliveries as well as the fruitcake.

“I worked for Hathaway [bakery] and delivered bread house to house in a suburb of Boston,” Jacob says. “Dad and I decided to come up here and start a bakery. There was no Dunkin’ Donuts in those days. I’d spend three and half hours making 100 dozen doughnuts, cutting and frying them up.”

Jacob’s daughter, Gale, who has run the business with her husband, Mike Cummings, for about 30 years, says they are happy to hand over the reins to a new generation and know the business will continue. “There aren’t very many retail bakeries around,” says Gale.

Gale’s nephew Ryan Morse, a baker and Nashua firefighter, and his partner Jennifer Stone-Grimaldi, a longtime employee and cake decorator, are taking over and putting their own spin on things,  though sticking with what works. 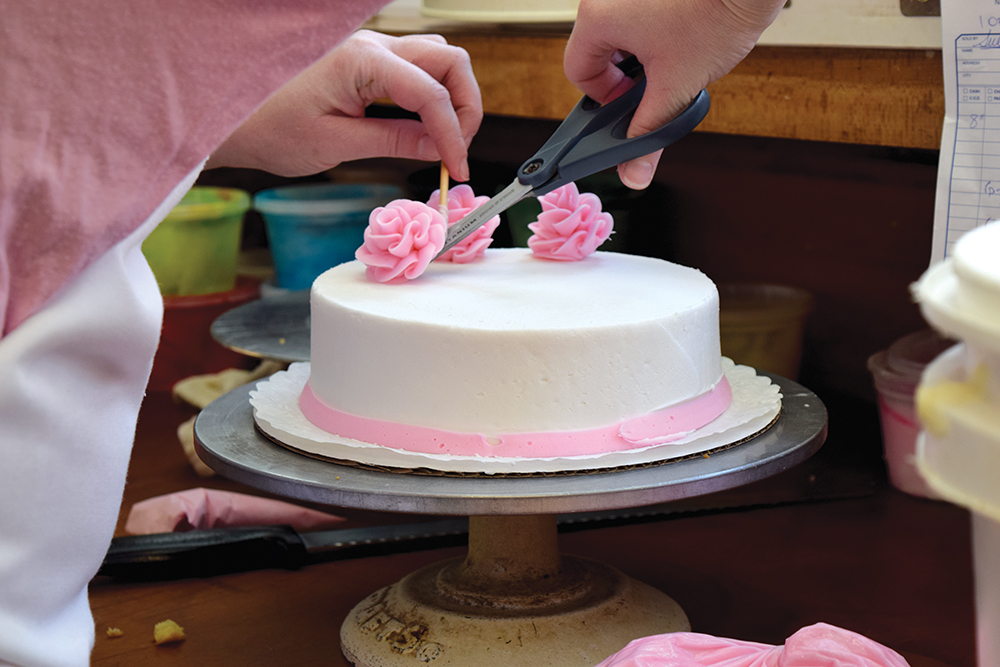 Morse began working at the bakery when he was in high school and says he has learned a lot and is still learning. “Mike has shown me how to do everything, and the recipes haven’t changed at all over the years. Some of the recipes are a little finicky, like the eclairs, sourdough bread and angel food cake.” 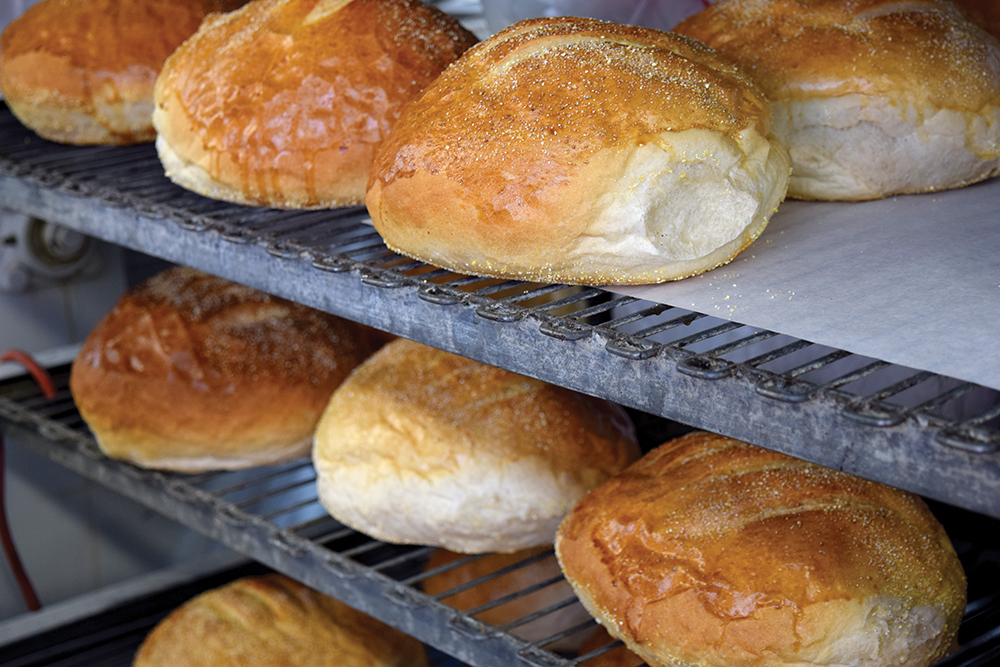 Loaves of bread cooling on racks. Photo by Christine Carignan.

Among customer favorites are the honey-twist doughnuts; filled cookies; oatmeal bread; gorton, a French pork spread; and meat pies. More than 300 meat pies are sold in the days before Christmas.

Thinking about the neighborhood,  Jacob says in the ’50s and ’60s, Pearl Street was bustling with three or four clothing stores and other retail shops that drew large crowds downtown.

“You couldn’t even walk on the sidewalk, it was so busy,” Gale says. Now the street has far less retail and is dominated by a courthouse, which still brings in lots of people looking for coffee and a hearty homemade lunch. The bakery includes a café with traditional offerings such as shepherd’s pie, corn chowder, meatball subs and American chop suey.

On April 6, starting at 7:30 a.m., the family is hosting a grand reopening. And, the owners note, there is a fifth generation still in training, mostly eating doughnuts and decorating gingerbread houses at this point. Asked about his favorite treat, six-year-old Eli Grimaldi, Jennifer’s son, takes a moment to scan the bakery before declaring, “Frosted cookies.” 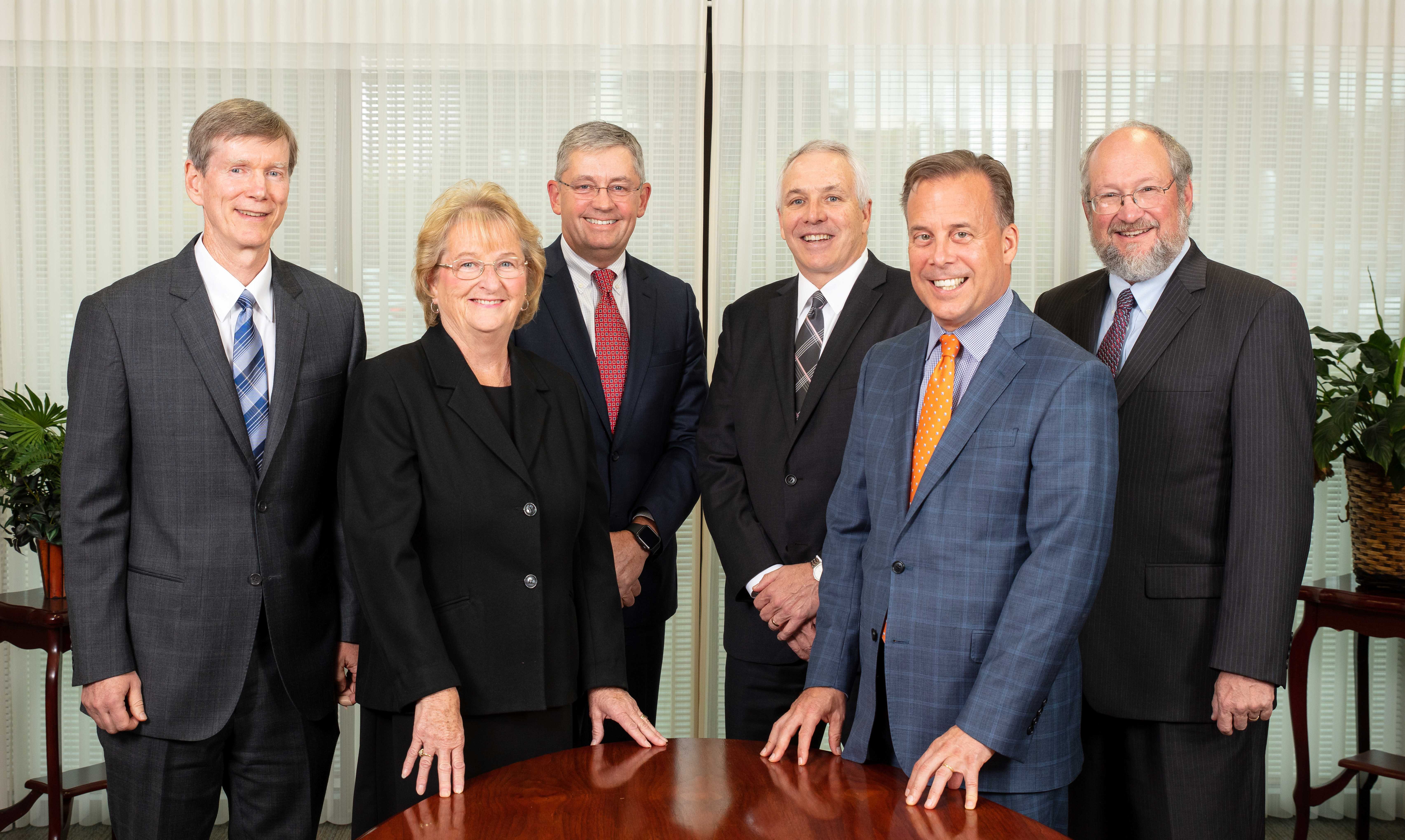 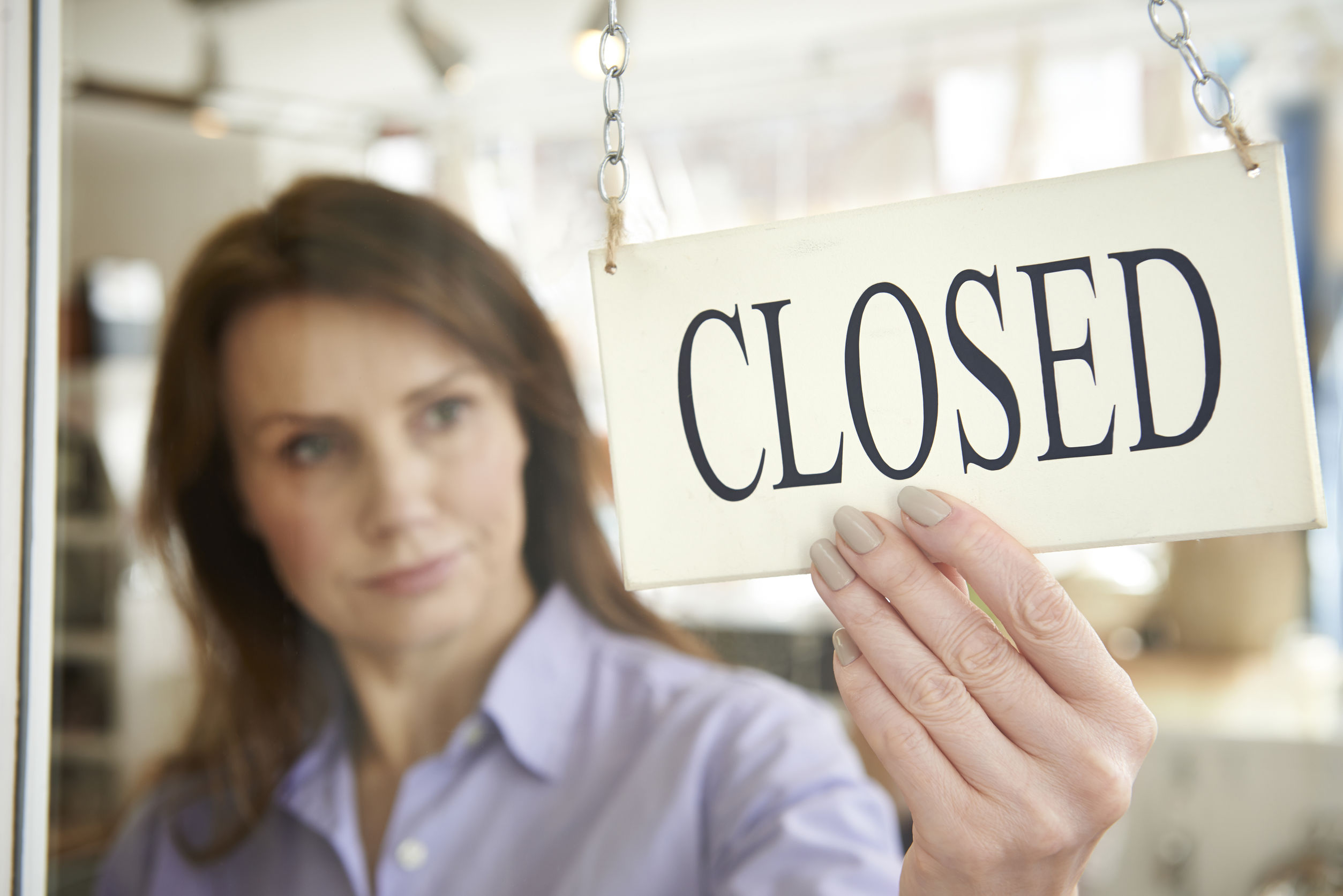