This Week's Spotlight: Bank of New Hampshire in Laconia hired Susan LeDuc as senior VP, chief risk officer. LeDuc, who has over 29 years of experience in compliance and risk management, is a member and former president of Lakes Region Compliance Association in Meredith. She will oversee corporate risk management activities and corporate insurance and bank facilities.

Charter Trust Company hired Jeffrey B. Trombly as an investment officer in its Concord office. Trombly has over 30 years of investment experience.

Thom Smith, a teacher at Kearsarge Regional Elementary School in Bradford, received the 2016 Christa McAuliffe Sabbatical from the NH Charitable Foundation in Concord. The sabbatical gives a NH teacher a year off with pay and a materials budget to focus on developing an educational project for the classroom.

Jennifer Rivett, shareholder at Devine, Millimet & Branch PA, and John D’Amato, director of strategic partners at DYN, both in Manchester, were elected to the board of Manchester Community Music School.

Margaritas Management Group in Portsmouth is planning to grow its business 20 percent by 2017 with new locations in Pennsylvania, Maryland and southeastern New York. The restaurant chain currently has 25 locations throughout New England and Pennsylvania.

Merrimack Valley Credit Union in Massachusetts is opening a new branch at Seabrook Commons this summer. The Seabrook branch will be the credit union’s second in NH, the other being in Plaistow.

Carmen Lorentz, director of the NH Division of Economic Development, and Tina Kasim, program manager of the NH Office of International Commerce, will attend Hannover Messe in Germany, the world’s largest industrial trade fair, on April 25-29, which attracts 200,000 people from over 70 countries. The United States will be the featured country for the first time in the trade show’s 69-year history. Additionally, President Barrack Obama and German Chancellor Angela Merkel will open this year’s event.

Alexandra Lominy, a student at St. Joseph School of Nursing in Nashua, received a $2,400 scholarship from the New Hampshire Charitable Foundation in Concord. The grant was funded by the St. Mary’s Bank Medallion Fund, which provides scholarships to Bank members and their relatives who are enrolled in an accredited vocational or technical program. 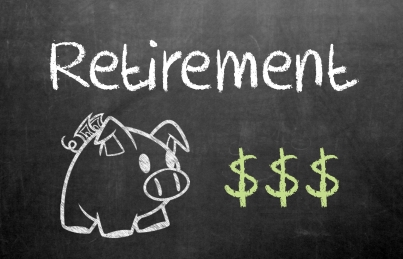 NH Among Top States for Retirement

Time to Reinvent Yourself?