Salmon Falls Stoneware Closing at the End of the Year 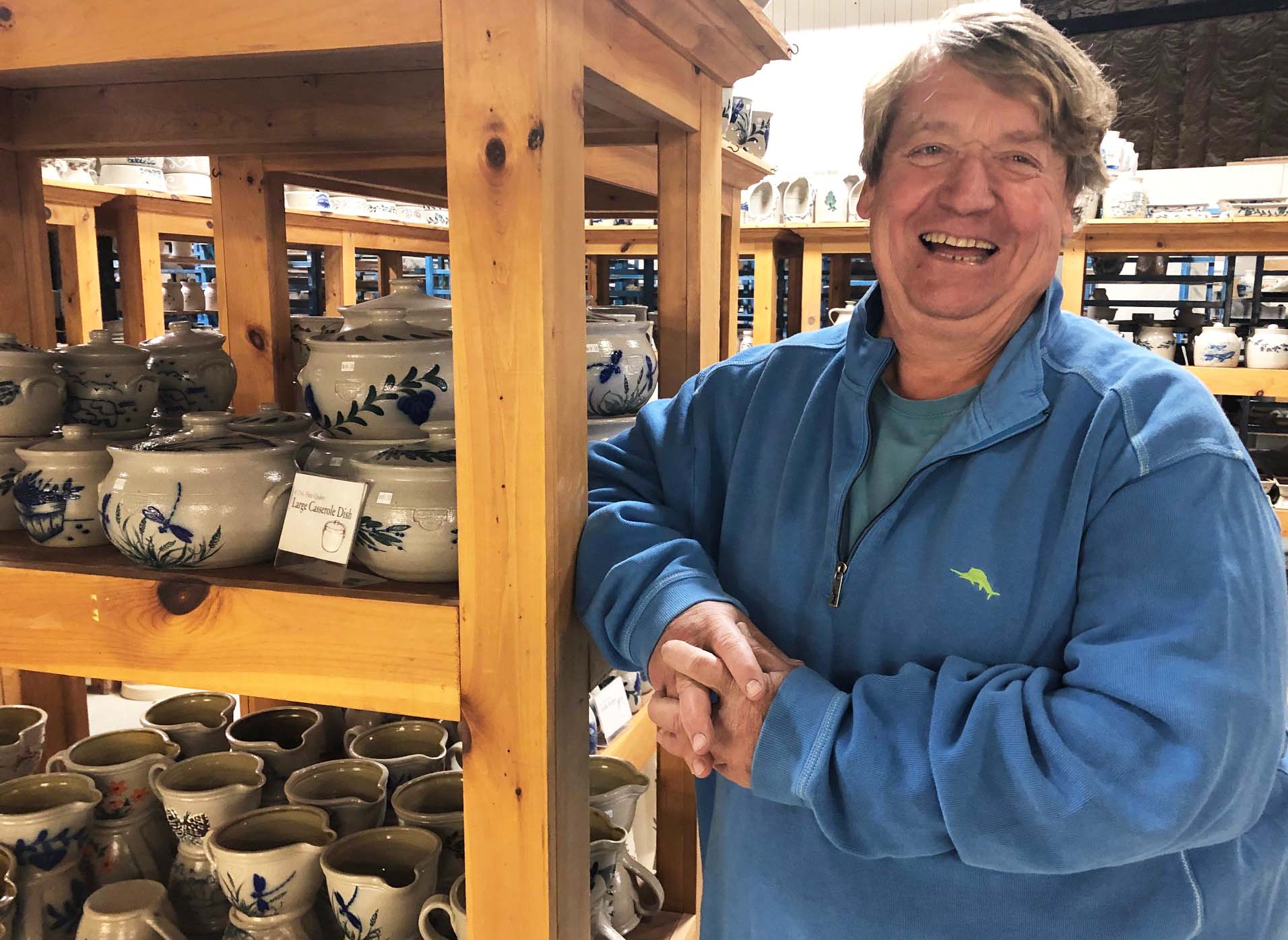 Salmon Falls Stoneware in Dover is closing as Andy Cochran, 68, founder andcowner, is retiring on Dec. 31. Cochran has made and sold the iconic salt glazed pottery at the former railroad roundhouse on Oak Street for the past 34 years.

“Since 1988, 34 years, I’ve had the business,” Cochran says. “I love making pots.” But running a business and lifting heavy loads of clay requires the energy of the 33-year old he was when he began the business.
“It’s difficult to admit,” he says. “I got old.”

Cochran grew up in Dover until his family moved to Durham, where he graduated from Oyster River High School in 1972. Cochran’s love of making and glazing pots began in high school. When he was still in high school he
participated in an independent study in ceramics at the University of NH. After graduating, he worked as a potter out of a farm in Lee.

“I peddled pots in Durham on Main Street, out of a 1935 Ford truck,” Cochran says. “I mostly made hanging planters.”

He eventually returned to Dover. In the 1980s, when Cochran was getting started, folk art, Americana and reproduction pottery pieces from the 1800s were big business. Cochran went through the Small Business Administration to create a business plan. He learned that salt glazed pottery was the growing trend. The process, which has its roots in the 1500s in Germany, involves adding salt to the kiln during the final stage of firing to create a glazed finish.

The business grew after decorator Helen Berg joined Salmon Falls Stoneware and popularized a teddy bear line and the blueberry basket motif. Cochran had been making his own designs of cats, cows and birds and doing well, but gift shop buyers bought all they could get of Berg’s designs. Salmon Falls Stoneware began getting local, and then national, attention. “Overnight it was booming,” Cochran says of the business. “It got so big, so fast.”

In two years, the business went from two employees to 42 potters, decorators and processors. The business employed 54 employees year-round. Cochran earned SBA Businessman of the Year in New England in 1993.

The hallmark of the pottery is its hand-drawn blue designs and includes crocks and jugs, hurricane and electric lamps, pie plates, mugs, dinnerware, bird baths and more. Salmon Falls Stoneware is hand-painted and signed by one of the numerous artists employed in the business.“It’s a collectiveceffort of artists, craftsmen, production workers, and sales staff that make Salmon Falls Stoneware, and it has been since the beginning,” Cochran says.

Cochran has notified his eight employees of his retirement. Some of the potters and designers are expected to move on to their own studios, he says, if the business isn’t sold.

Pottery remains for sale at the retail store at 75 Oak Street.Customers with gift cards are urged to redeem them by December 31. 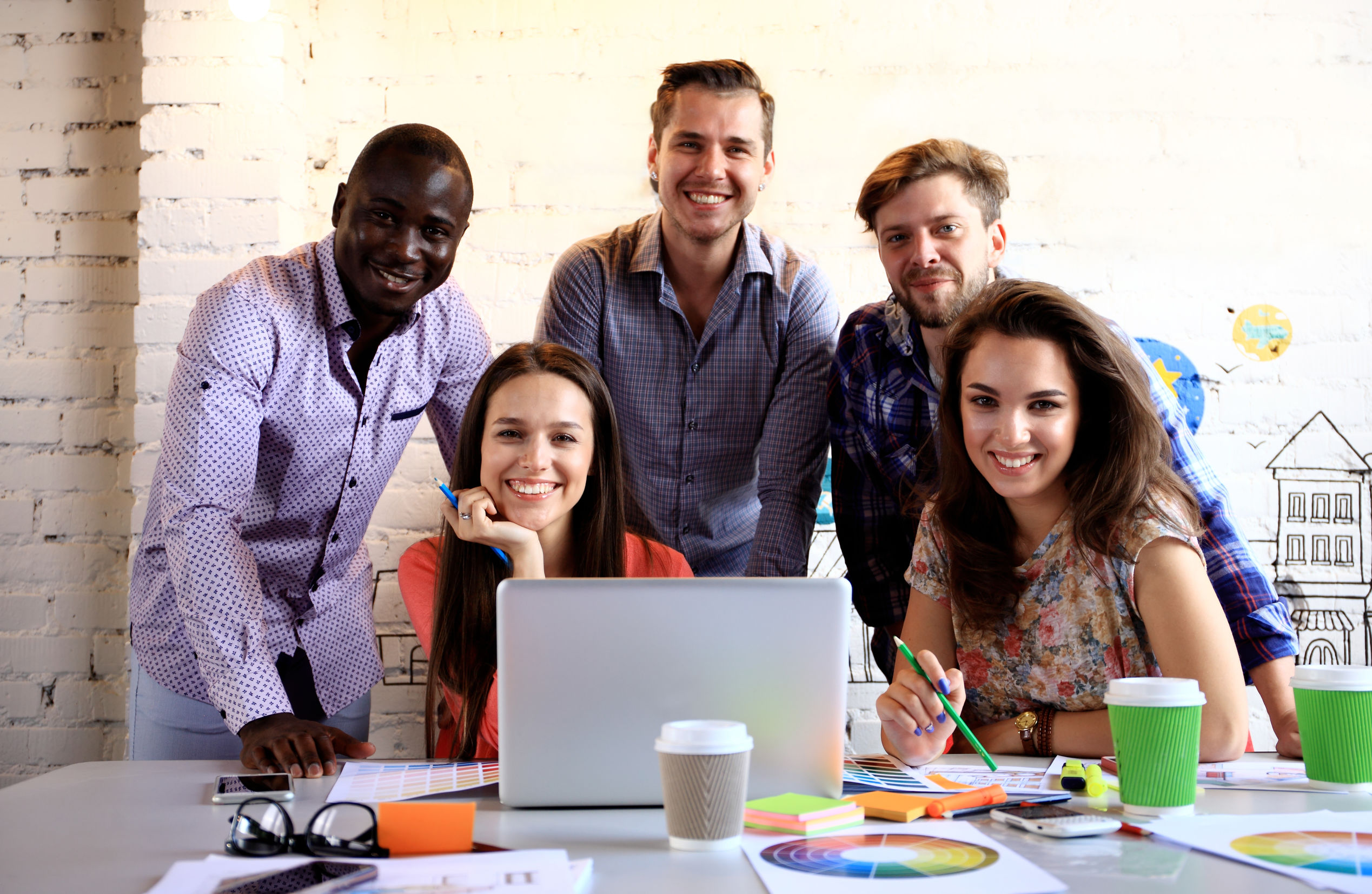 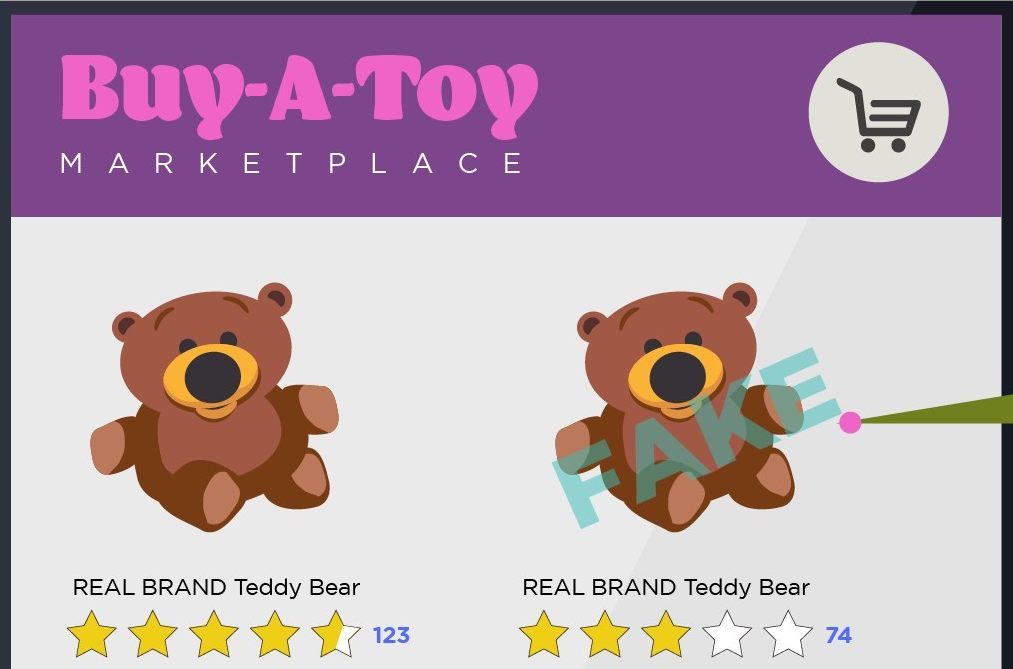