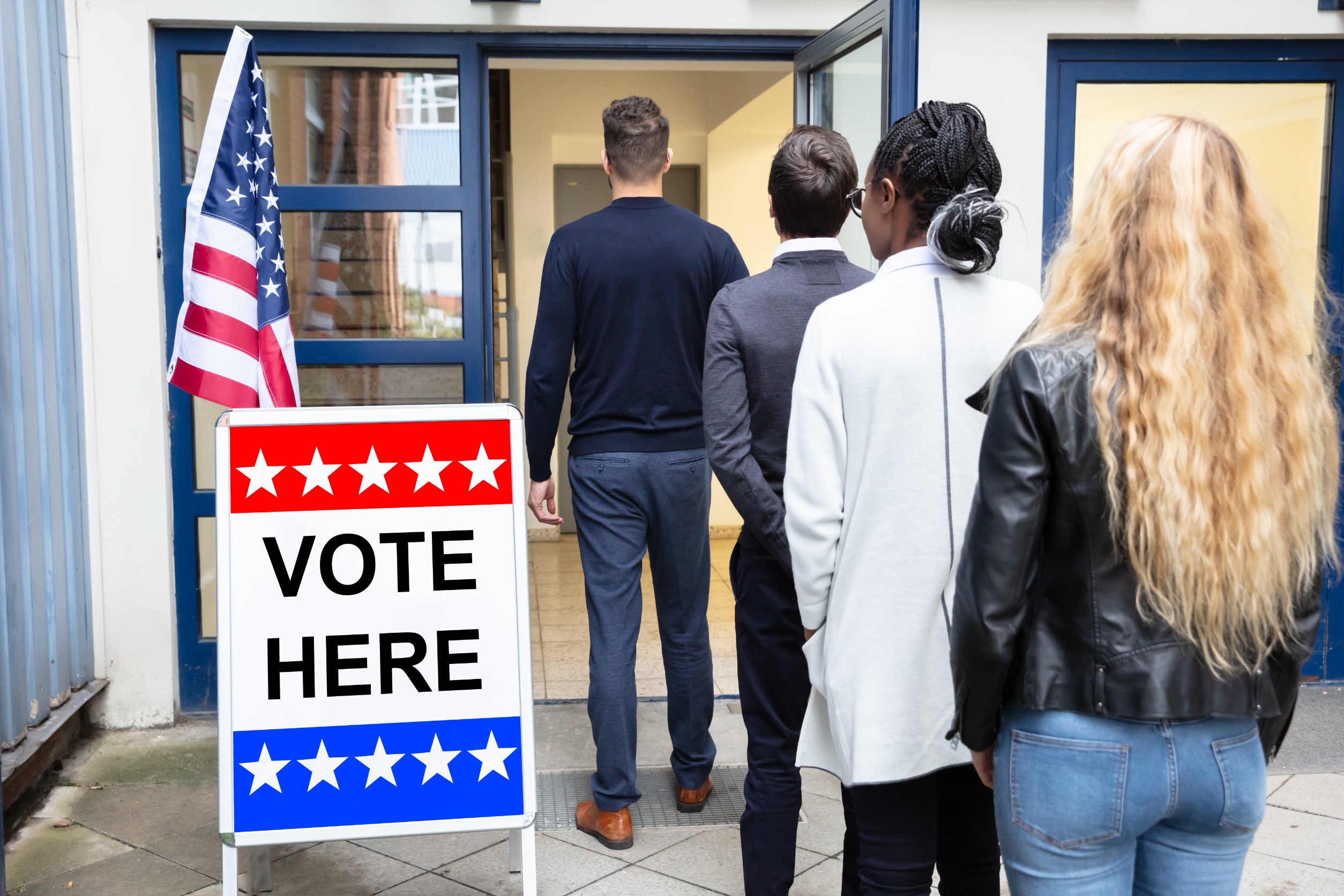 Burns would join Karoline Leavitt, who beat out Matt Mowers to take on Rep. Chris Pappas in the 1st District, and Don Bolduc, who defeated Chuck Morse to take on Sen. Maggie Hassan.

All three likely Republican nominees are ardent supporters of Donald Trump, and all three styled themselves as anti-establishment outsiders. The Bulletin talked to Dante Scala, a politics professor at the University of New Hampshire, late Tuesday night about what the results mean for New Hampshire Republicans and how they might shape the upcoming general election in November.

What is the overall theme of the night and what does it say about where the Republican electorate is trending?

It could well be – by the time the 2nd District finishes reporting – a “triple MAGA” night. Bolduc, Leavitt, Burns. On the Trump spectrum, all very Trumpy. You look at the margin, Bolduc’s getting close to 40 percent (of the vote). Leavitt is getting 33 percent and then Burns I think is around 32 percent. So it’s not a majority, but it’s clearly you know, it’s a very significant faction, no question about it.

…  It shows how Trumpism has grown beyond Donald Trump himself. Don Bolduc has some elements of Trump but probably has some elements that are unique to him. Karoline Leavitt is pure distilled Trump rhetoric. And so it just shows where the base of the party is. And it shows how, really, Trumpism is here to stay in the Republican Party.

On the one hand, we can say, “Well, they only got between 30 percent and 40 percent of the vote.” (But) you look around and there’s not a “Never Trumper” in sight. So you think about those two parts of the party, really, the Never Trumpers basically disappeared, at least as viable candidates. … Take the 1st District, for instance: You had (Matt) Mowers and (Gail Huff) Brown, who were both quite comfortable with Trump and being adjacent to Trump, but it was the candidate who was most willing to use inflammatory Trump rhetoric (Leavitt) who emerged as the victor.

Let’s talk about the relationship that the candidates had to congressional leadership, particularly on the Republican side, whether to House Minority Leader Kevin McCarthy or Senate Minority Leader Mitch McConnell. Some candidates, like Bob Burns, appeared to be openly defying those leaders. How did that play out in the primary and what do tonight’s results say about that relationship moving forward?

Kevin McCarthy must be sitting home right now shaking his head. I mean, so much outside money – millions of dollars was poured in on behalf of Matt Mowers. I mean, WMUR five o’clock news has been full of ads now for days and days going after Karoline Leavitt, depicting her as a “spoiled member of the woke generation,” and all that money has gone up in flames. And it’s a victory for Elise Stefanik, who used to be Karoline Leavitt’s boss. So … if Republicans wind up with the majority nationwide and if Karoline Leavitt wins, it’ll be a very interesting conversation between Leavitt and Stefanik and McCarthy.

There’s been a lot discussed this election cycle about national Democrats spending money to help boost far-right candidates in Republican primaries that they think they can beat in the general election. How did that affect the races in New Hampshire?

Of the three races, I suspect that Democrats wound up helping Bob Burns in the 2nd District the most. Simply because Burns really didn’t have much of a campaign on his own. And Democrats poured in a large amount of money into a primary where there wasn’t a lot of money relatively speaking, you know, compared to the 1st and of course compared to the Senate race.

In the U.S. Senate race … the fact that Chuck Schumer’s group came in to run ads against Morse, might that have made the difference? You know, in a close race, maybe. It certainly helped to offset, I suspect, some of the money from these outside groups that came against Bolduc.

Gov. Chris Sununu weighed in on two of the federal primaries, making endorsements for Mayor George Hansel in the 2nd Congressional District and state Senate President Chuck Morse in the U.S. Senate primary. What do tonight’s results say about Sununu’s influence over his own party?

Well it does prove that age old adage that endorsements perennially are overrated, even when they come from popular sitting governors. And it does make Chris Sununu look, tonight, a little more like (Gov.) Charlie Baker down in Massachusetts, in the sense that Sununu has been very successful in elections and so forth, however that doesn’t mean that when he tells the base to do something that they pay all that much attention. Again, Morse did – no matter whether he wins or loses – did close the gap. Perhaps Sununu helped with that a little bit.

It’s interesting: You go back to Sununu’s decision not to run (for U.S. Senate), and what happened in that primary? You wound up with five people running. Kevin Smith and Vikram Mansharamani got about 20 percent of the vote. Don Bolduc is beating Chuck Morse right now by about 4 percent. Not only did Sununu’s endorsement wind up being less than decisive, it’s also striking that for all of Sununu’s hand-wringing about Don Bolduc … the party did not clear the way for Chuck Morse to have a one-on-one with Don Bolduc, which might have gone differently. Instead, in some ways, it’s a repeat of 2016, the presidential primary, where there were so many candidates. Trump didn’t do well – didn’t get a majority – but did well enough to win.

Two years ago, Matt Mowers won the Republican nomination for the 1st Congressional District and fell short against Chris Pappas in the general election. This year, Mowers lost the primary to Karoline Leavitt, who seems to be further to the right. Even after redistricting, the district stayed about the same geographically. What happened?

Mowers, to me, very much ran a frontrunner’s campaign. He ran as an establishment figure, which seems odd given that he only showed up just a couple of years ago. But he had that dilemma of being the frontrunner. And Leavitt used that very well against him. She pointed not only to the fact that he was from somewhere else, but also that he had lost already once, and that he therefore should not get the nomination again. It was just two years ago, and Mowers, on paper at least, he was not a Never Trumper; he was very comfortable with his Trump credentials. And yet, it just seemed – it looked a little tired next to Leavitt.

Given tonight’s results, what are the head-to-head match-ups you’re going to be watching most closely in the general election and why?

Leavitt’s: You know, for someone that young to run a campaign that well, I guess my highest level of interest will be in the 1st District. Her campaign clearly had a theory about how to win the primary, and they executed. Now I’m curious, what does their second act look like? You know, the old expression is you pivot from the primary to the general. Will Leavitt’s version of pivoting be “let’s double down again”? Because whenever there was a fork in the road in the primary, Leavitt just doubled down on being MAGA. Will she do more of the same going forward into the general election? 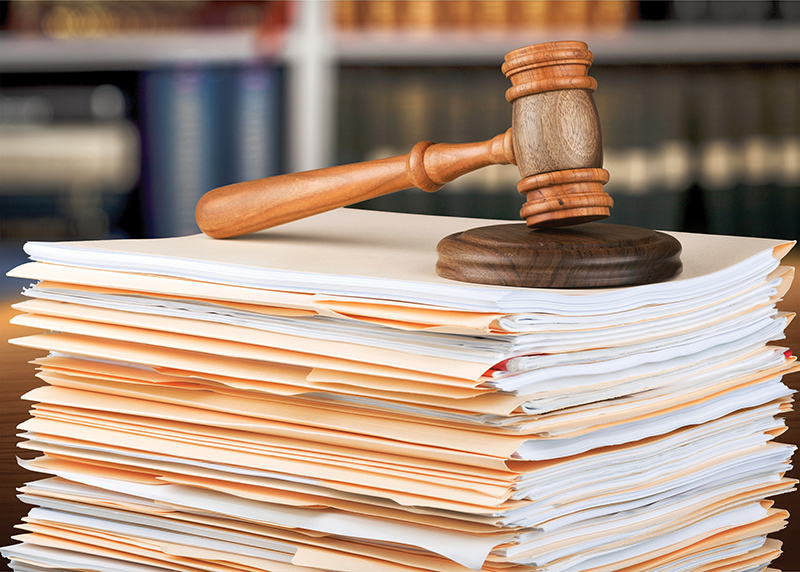 Nonprofits Invited to Participate in Statewide Day of Giving