With some of the nation’s most renowned medical and educational institutions in its backyard, and two interstates looping nearby, Lebanon is the economic hub of the Upper Valley—and it’s growing.

Home to the Dartmouth-Hitchcock Medical Center and most of Dartmouth Medical School, and with Dartmouth College in neighboring Hanover, Lebanon hosts a variety of biotech and high-tech firms that have sprung from those venerable institutions.

“The hospital and the college act as the big anchor, but all the growth that’s happening is with the spin-offs,” says Chip Brown, principal broker at Hanover-based Brown Commercial Realty and a citizen representative on Lebanon’s Economic Development Commission. “The growth is really in tech and biotech.” 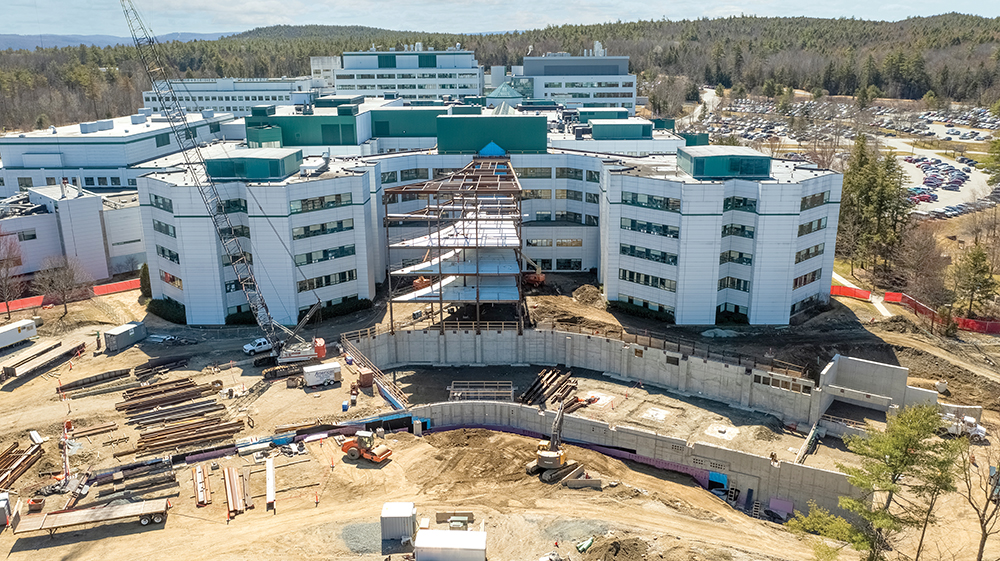 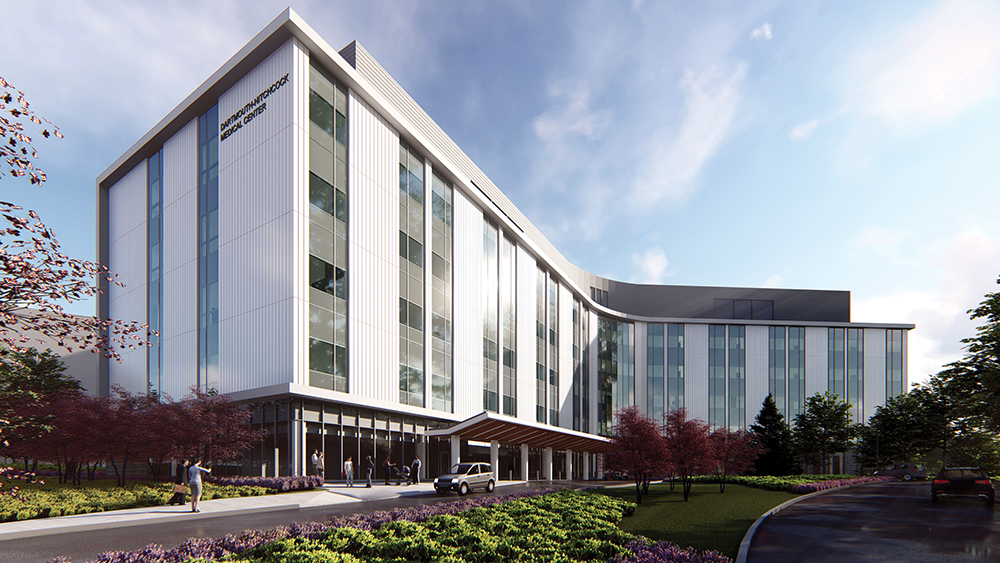 “Lebanon itself is not a big city, but when you look at us in terms of our impact on the region, we punch above our weight,” says Karen Liot Hill, a 17-year member of the City Council and member of the Economic Development Commission. The Upper Valley region straddles the Connecticut River between NH and Vermont, with its core cities Lebanon and Hanover in the Granite State and White River Junction in Vermont.

William Dunn, senior vice president at Mascoma Bank in Lebanon and chair of the Economic Development Commission, notes that there are 2.6 jobs for every working adult residing in Lebanon, with every other town in the region, except for Hartford, Vt., and Hanover, having fewer jobs than workers. “That data alone shows how critical Lebanon is to the area’s economy,” he adds.

But with economic might comes challenges, as the daytime population of the city nearly triples from its census population of 14,300 as workers commute from surrounding communities. That strains municipal services paid for by residents and has led to demand for more housing to accommodate those workers and to entice new ones to locate in the city.

A Smart Growth Approach
A housing shortage, particularly workforce housing, has afflicted most NH communities, but Lebanon is rising to the challenge following a “smart growth” approach detailed in its 2012 Master Plan and refined through subsequent “visioning” sessions. The plan calls for concentrating new housing around existing infrastructure like water and sewer, and revitalizing underused properties when possible. Such an approach minimizes demand for new infrastructure and also makes for more walkable neighborhoods, according to City Manager Shaun Mulholland.

Some 1,400 housing units are now under construction or approved in Lebanon, Mulholland says. “There is a building boom, and it’s mostly residential,” he adds. Many of them piggyback on existing developments, in keeping with the smart growth philosophy.

A 204-unit housing complex aimed at middle-income tenants is proposed by two developers, Dick Anagnost and Ken Braverman, on the east side of Mount Support Road not far from the existing 252-unit Timberwood Commons complex. It would sit directly across from a 53-acre parcel where Dartmouth College is building a 309-apartment housing complex for graduate students.

On another nearby site, Massachusetts-based Saxon Partners plans to build 250 apartments geared toward hospital workers.

Dartmouth-Hitchcock Medical Center is roughly a mile away. The hospital has also started construction on a 212,000-square-foot, five-story Patient Pavilion, expected to open early next year.

The Lebanon Housing Authority is also constructing a 44-unit, three-story development for income-eligible residents on Heater Road not far away.

The two downtown districts in Lebanon and West Lebanon are likewise seeing a rise in housing construction interest.

Developer Braverman has plans to construct a four-story, 94-unit apartment building on the site of a former Department of Public Works building at 20 Spencer St. in downtown Lebanon, following a massive cleanup of contaminants at the site.

Some of the units would be workforce housing and the rest market rate, according to Mulholland. Jolin Kish has been approved to develop 28 units on Bank Street, also downtown, notes David Brooks, Lebanon’s planning and development director.

Another developer, Mike Davidson, recently purchased two acres at the site of the former Village Market at the edge of the city’s historic Colburn Park with an eye toward building a mixed-use project including retail, restaurant and as many as 240 housing units.

Lebanon’s City Council has also discussed the feasibility of housing being constructed above the city-owned parking lots in downtown Lebanon.

On the west side of the city, River Park is a planned eight-phase, 850,000-square-foot campus with proposed housing, life science research, office and manufacturing space, retail and restaurants, all along the Connecticut River.

Commercial Growth
Commercial and industrial development is also on the rise.

The City Council approved a 20-year, $2.1 million bond to put in roads, water, sewer and electric at the Lebanon Airport industrial park, hoping to attract business there. “They’re shovel-ready,” says Tracy Hutchins, executive director of the Upper Valley Business Alliance. “The utilities, the pad, everything’s there.” The project is also expected to benefit the city-owned Lebanon Airport, a small commercial airport with general aviation and service to and from Boston and New York through Cape Air. 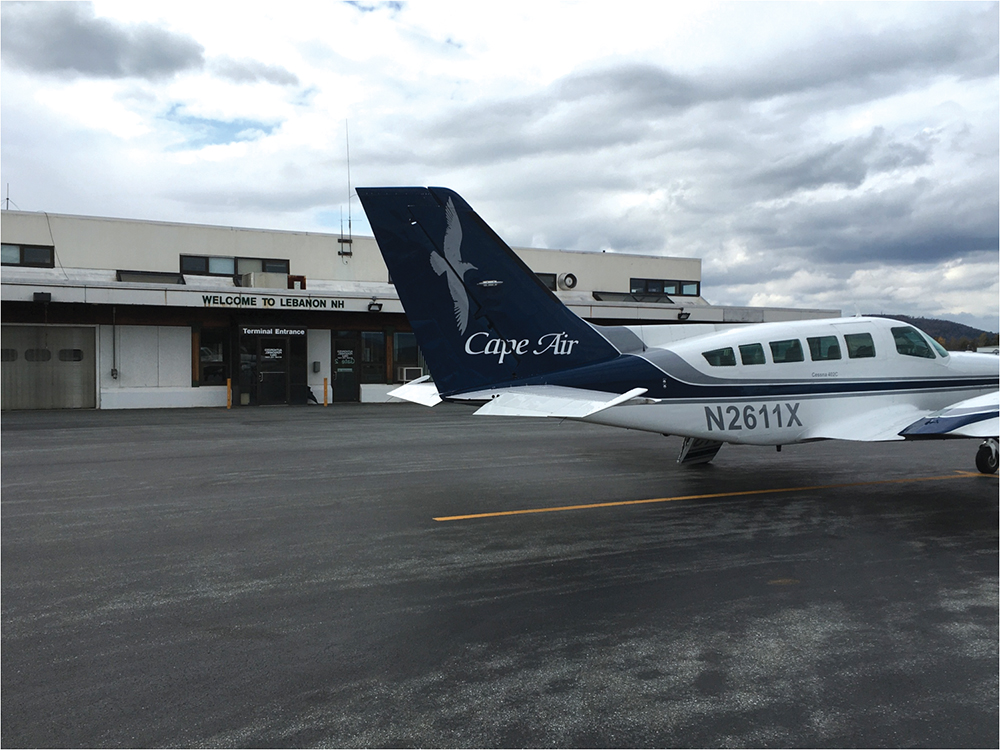 A number of high-tech or biotech firms are also expanding or retrofitting their existing spaces. Biotech firm Adimab is slated to build a 30,000-square-foot addition, according to Brown. Novo Nordisk, located at the airport park, regularly seeks approval for projects “as they get their facility fitted up the way they want it,” Brooks says.

One addition to the city’s landscape that drew local applause was the opening of a Target store at the site of a former Kmart on Route 12A in West Lebanon, the city’s main shopping area. The Kmart closed in the summer of 2020, reducing the community’s retail options. “Target opened just before Thanksgiving, and I think a lot of people are excited about that,” says Brooks.

Development Tools
Aiding the growth are development incentives offered by the city and state, an incubator to help new firms get off the ground, and a program through the Upper Valley Business Alliance to help the biotech and medical technology sectors share ideas and resources.

The Community Revitalization Tax Program, also known as 79-E, allows the city to provide temporary, limited tax relief to property owners who undertake substantial rehabilitation of downtown or historic structures. The city has received four or five applications so far, according to Brooks.

The Dartmouth Regional Technology Center, based in Lebanon, is a nonprofit economic development incubator formed in 2004 that provides 60,000 square feet of laboratory and office space to startup businesses. Tenants and former tenants have attracted investment capital of more than $400 million from outside of NH and created more than 330 jobs locally, according to the center’s website. 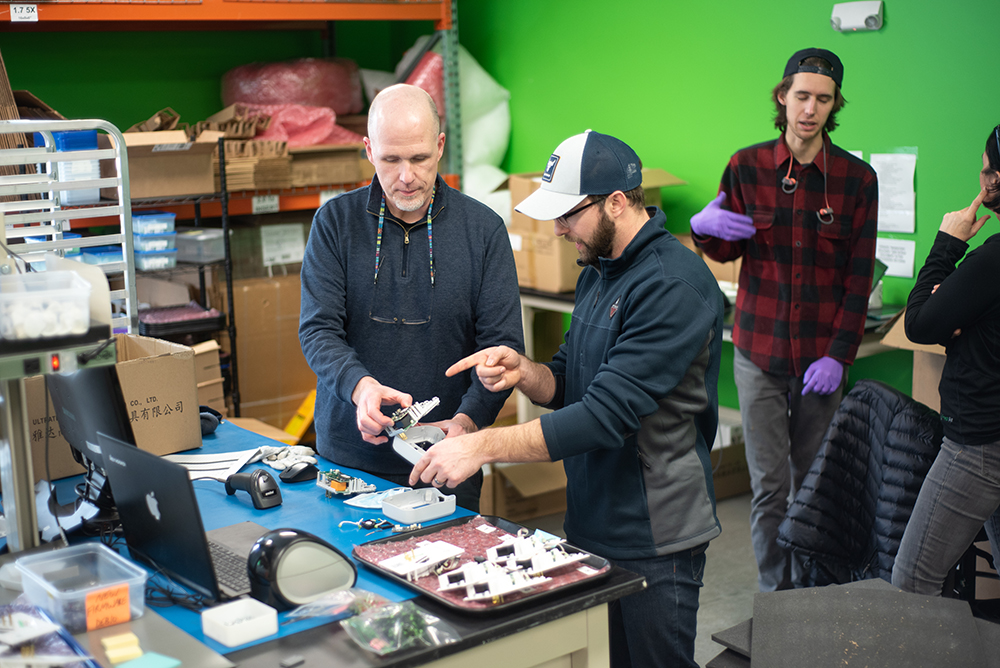 “When you put those together, with some of the incredible innovations and ideas that come out of that, it’s really exciting…. We foster that primordial soup and support new entrepreneurs who have that next great idea, and help them succeed and hopefully grow their business here.”

It is the latest stage of evolution for Lebanon, a one-time mill city whose industries variously included furniture making, a tannery, machine shops and woolen and textile mills. West Lebanon was a railroad hub for years until both the railroad and the mill era slumped in the 1950s and ’60s.

Then came the opening of Interstate 89, which runs through Lebanon, and Interstate 91 just across the river, in the 1960s, developments that, together with the growth of Dartmouth College, led to an economic revival of the area, according to “Lebanon, 1764-1994: The Evolution of a Resilient New Hampshire City,” a 1994 book by author Roger Carroll describing the city’s ability to rebound.

“It really feeds off each other. People come for the opera then they go out to dinner,” says Liot Hill. 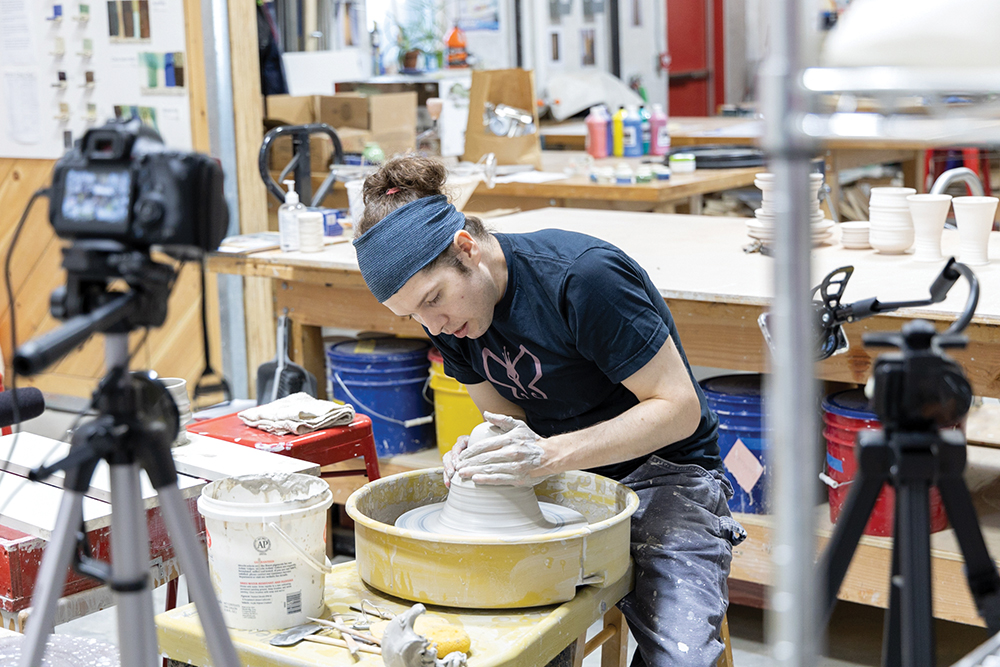 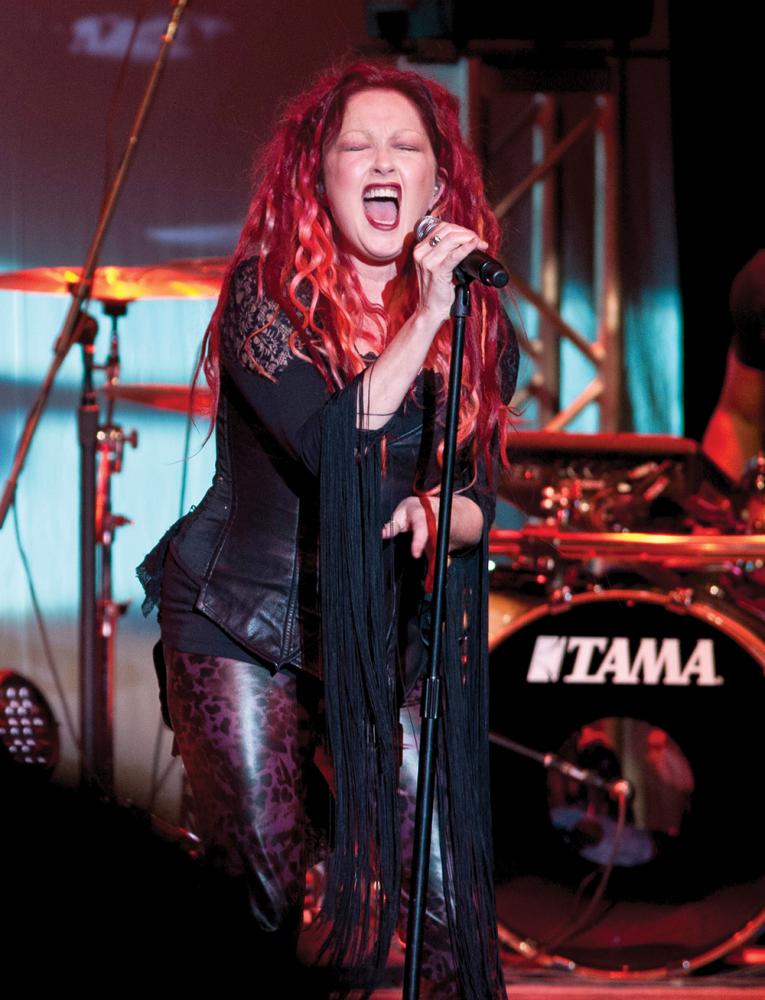 Recreation is also an economic driver. The 59-mile Northern Rail Trail, formed by an old Boston & Maine Railroad line, starts in Lebanon and draws hikers, bicyclists and dog-walkers as it winds its way to Boscawen north of Concord. Dunn points out that a recent project connected the rail trail in Lebanon with the Mascoma Greenway in West Lebanon via refurbishment of a tunnel under a pedestrian mall. “It’s bright; it’s vibrant,” he says, adding that two public art installations have been added to the tunnel, creating even more interest for passing walkers and bicyclists. 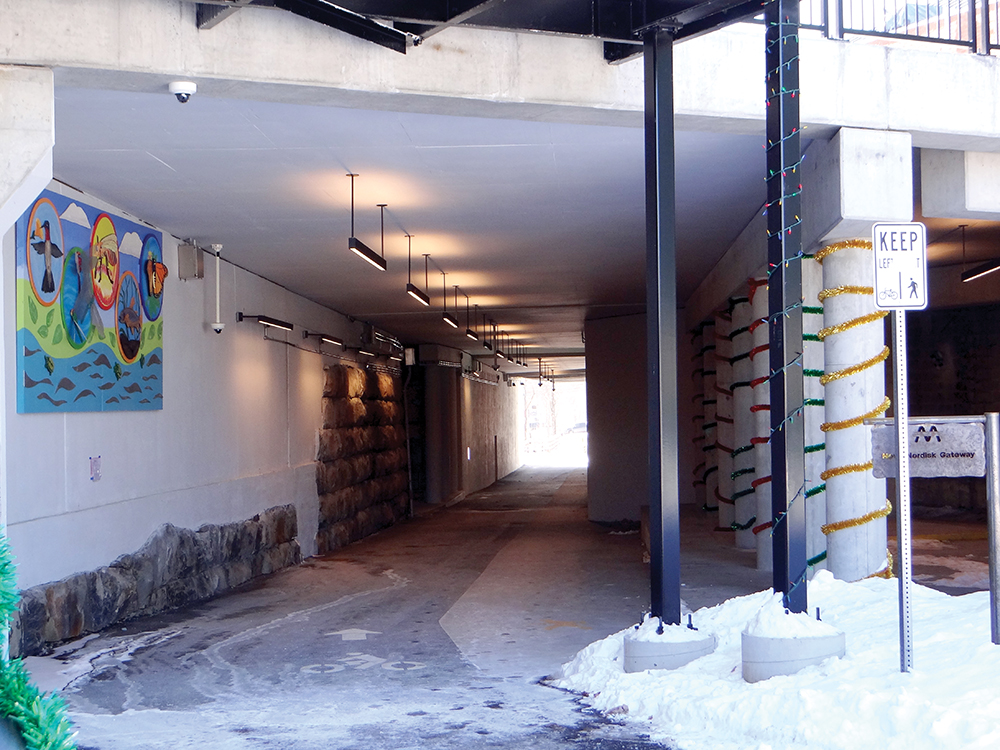 Discussions are underway about the potential for providing more access to the city’s two rivers, the Connecticut and Mascoma, with white water rafting among the possibilities.

A mother and daughter at the Lebanon trail head of the Northern Rail Trail. (Courtesy photo)

Despite the 1,400 housing units proposed or under development, more residential units are needed, and the city alone cannot provide them, says Mulholland. “Unfortunately, the need is for 10,000 residential units in the Upper Valley,” he says.

“Obviously, the city cannot absorb all that. Other towns around us have to.… There are going to be traffic demands, education demands, and we can’t absorb all of that.”

Complicating the housing crunch is the fact that “construction costs have shot through the roof,” says Brown.

Keeping small businesses and shops viable in an era of online shopping is another  concern for Dunn. “If folks want to keep that quintessential downtown feel, they need to cross those thresholds,” he says.

Taxes are another challenge. “We have a fairly high property tax rate here, $26.98 per thousand,” Mulholland says. “Our development fees are high, water and sewer charges are high because we have a significant debt load.”

Bright Future
Despite such issues, all see a bright economic future for Lebanon.

Dunn agrees. “I think Lebanon will continue to be a hub for advanced manufacturing, medical and educational offerings and, as we’re successful in bringing people into a core downtown living situation, there’s an opportunity for the creative arts to thrive.” 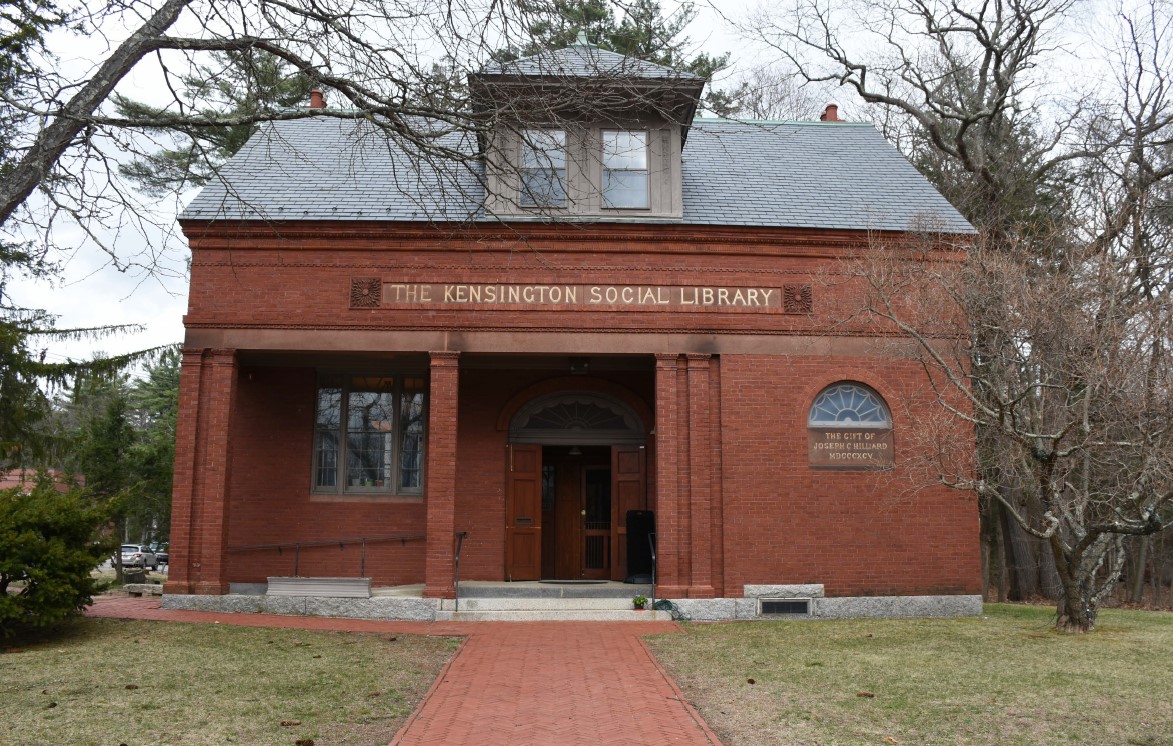 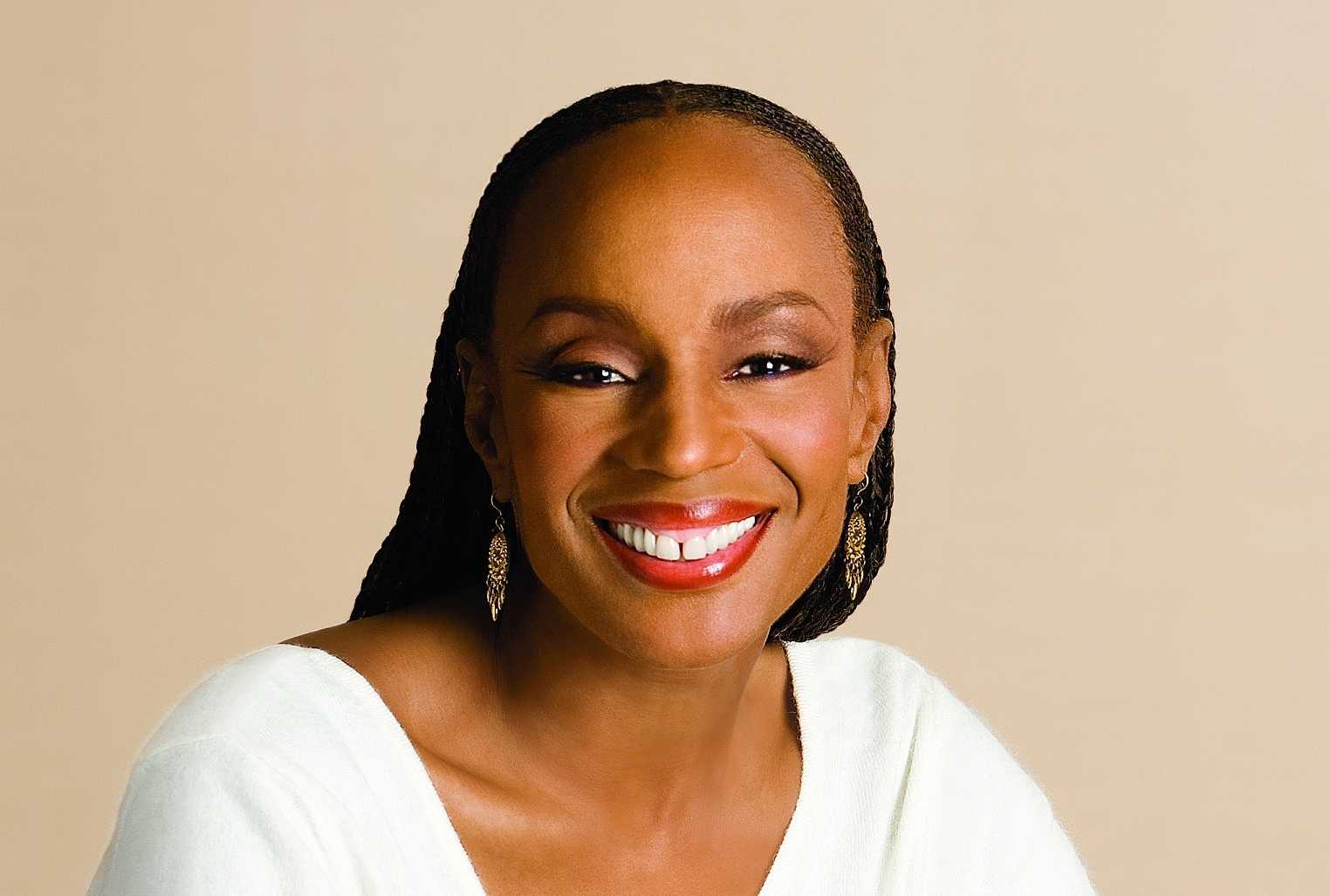