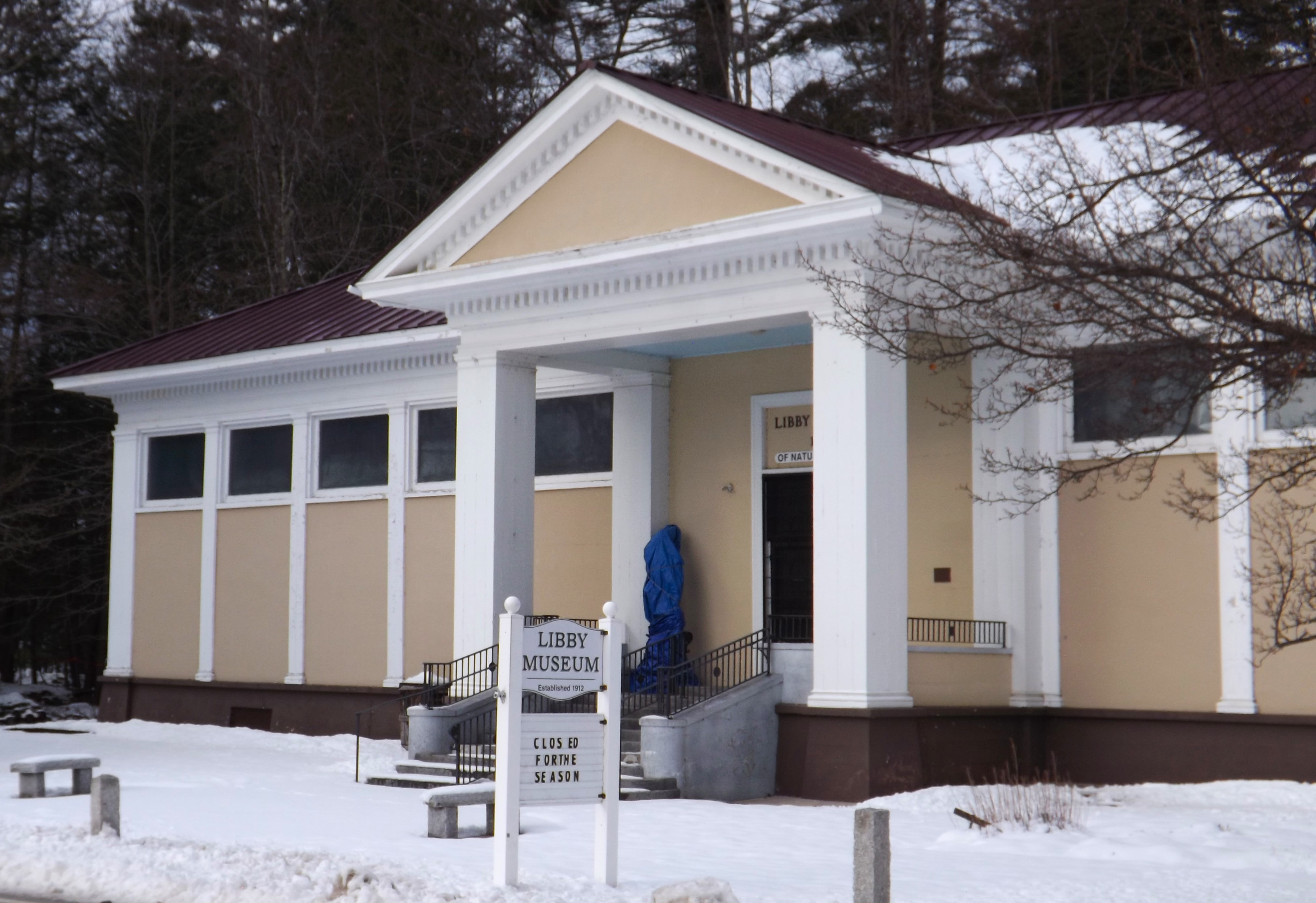 The paint peels from the walls of the Libby Museum in Wolfeboro like loose sticky notes reminding the town there are renovations to be done. The fate of this building, one of New Hampshire’s oldest museums, will be in the hands of Wolfeboro voters at the 2023 town meeting.

Restorations of the Libby Museum, opened in 1912, could cost as much as $4 million.

Fundraising efforts by the Friends of the Libby Museum (FoLM), an organization whose mission is to curate children’s programs at the museum, as well as helping fund general upkeep, have secured over $2.2 million in donations to pay for the extensive renovations and restorations, estimated to cost between $3.5 and $4 million according to Alba Architects and Cobb Hill Construction. The Select Board is asking the town, which is legally responsible for upkeep of the building, to make up the difference. A warrant article asking the town to fund a bond of no more than $1.49 million for the restoration will be voted on at the town meeting in March.

Suzanne Ryan, a member of the Zoning Board and FoLM, spoke in favor of the project at a bond hearing Jan. 4. “This has been a long ongoing project with a lot of give and take from both sides,” she said. “I think it has come to a fair resolution in that the FoLM are going to donate a substantial amount of money [for the project].”

Should the money not be voted for, Ryan said it would fall on the shoulders of the taxpayers to do something with the building because legally, as trustees, the town is responsible for the building. “The day the town voted [on whether to be the trustees], this town voted yes. It’s our responsibility legally and morally.”

For structures like the Libby Museum, which is on the National Register of Historic Places, time–along with the New England climate–takes its toll. Each year, the walls of the museum have heaved with the ground as the soil freezes and thaws and the building’s foundation is crumbling according to engineers. There is also no insulation, no heating or cooling systems, and no proper artifact storage for the over-3,000-unique treasures and specimens, many of which are one of a kind.

Major upgrades to the museum will include a new covered walkway from the parking lot to the museum’s rear entrance, the addition of insulation, and an HVAC system to keep the temperature and humidity levels within the building stable for the preservation of the museum’s collection year-round. Upgrades also include stabilization of the walls and floors through foundation improvements and repairs, the creation of a meeting space, new administrative office space, storage for traveling exhibits, and a mezzanine overlooking Lake Winnipesaukee across Route 109.

An addition off the rear of the current building has been designed not to be visible from the lake or the road in front, and to keep the building’s current historic facade, which is necessary according to the National Register of Historic Places guidelines. The addition will also help stabilize the rest of the building, according to plans from Alba Architects and Cobb Hill Construction. An elevator and accessibility ramps, as well as a new accessible bathroom to make the building ADA compliant will also be added.

“Structurally, the planned restoration will stabilize the building, strengthen the structural beams in the foundation, and eliminate the wall movement and stabilize the floor,” said FoLM President, Tom Goodwin, in a video on the FoLM website. “The addition will work to anchor the historic building, and will not be visible from the road or from the lakeside.”

During the bond hearing Jan. 4, Selectman Brad Harriman commended FoLM for their fundraising efforts. “My hat is off to them. If this doesn’t pass, that [$2.2 million] goes away and we’re left sitting here trying to decide what to do on the town’s nickel.”

The over $2.2 million in donations the FoLM have secured for the restoration and expansion is contingent on several factors, including the addition of an ADA compliant bathroom, and expansion of the original museum space to house the donation of over 250 new taxidermied animal specimens.

Selectman Luke Freudenberg expressed praise for the efforts FoLM members have made to work with the town on the project.  “I think the public needs to know how much time and commitment the FoLM have put into working with [the Select Board] as trustees,”he said. “They’ve come up with a business plan to move the museum into the future. [The museum] will be an asset to Wolfeboro. I think we’ve reached a really good place with this.”

A History of Deferred Maintenance

Dr. Henry Libby, Wolfeboro resident and one of the town’s first dentists, began building the museum in 1908 to house his ever-growing collection of natural history artifacts and taxidermied specimens, many of which were collected in Wolfeboro and surrounding areas. The museum opened to the public in 1912.

According to the museum’s website, Dr. Libby wished for the museum to “be a place to flash before the eyes certain awakening influences: a spot where the mystery and drama of life, up from lost ages, may somehow make its appeal to the imagination and from imagination to curious investigation.”

Goodwin said Dr. Libby’s will states the museum must be open to the public yearly and this has been the case since its opening, with two notable exceptions. From 1942 to1946 the museum closed because of  WWII and reopened in 1946 under the care of the Libby family, but was closed again in 1950 due to lack of operating funds. It remained closed from 1950 to 1956, reopening in 1956 under town management and ownership.

Wolfeboro’s Board of Selectmen have been trustees of the museum since 1956, when a majority of voters chose to take over the trust entirely from Dr. Libby’s descendants. Since then the Select Board, as trustees of the museum, have been in charge of the Libby Museum’s operations, utilities, and general upkeep, a responsibility which has “lost its luster through the decades,” Goodwin said. “The selectmen, who are the trustees, aren’t around long enough. The importance of being a trustee of the Museum has been lost over time.”

In 1987, due to lack of funds and interest, the museum was on the verge of closing, but in 1988 the FoLM was incorporated by Dr. Libby’s great-granddaughter, Pricilla Griffin.

According to Goodwin, the FoLM are a charitable organization that supports the museum’s children’s programs, and “to help where we can,” but he emphasized the Town is ultimately responsible for operating and maintaining the museum.

Selectman Freudenberg referred to the repairs made over the years as “bandaids'' and said: “The museum has been in need of substantial repairs for many years. As trustees to it we have an obligation.”

Repairs to the museum were made in 1989, the year the museum was added to the National Register of Historic Places, and in 1999 an assessment of the building and its collections was done by The American Conservation Consortium and Ron Harvey of Tuckerbrook Conservation. In the report, Harvey states: “Preservation of the museum’s collection is a legal custodial responsibility of the institution. All possible efforts must be made to preserve the original specimens.”

In 2013, Quantum Construction Consultants was hired to evaluate the building’s stability after employees noted the exterior walls were bowing. Quantum’s report found wall displacements of nearly five inches from their original positions. The report recommended the town do yearly laser scanning surveys to keep track of the building’s movement, but no other annual surveys have been conducted. Another assessment in 2019, by Meridian Associates, indicated further wall bowing and building movements.

“The building has definitely deteriorated further since the 2019 assessments due to deferred maintenance,” said Phil Bennett of Alba Architects, who has been hired to assess the building and create the plans for the restoration. “The walls continue to move with the freezing and thawing of the ground and it needs shoring up to stop further movement.”.

As trustees of the museum, Wolfeboro’s failure to keep up with maintenance of the museum has drawn the attention of the New Hampshire Director of Charitable Trusts, a branch of the NH Department of Justice. In a letter to selectmen in late March, 2022, then Assistant Director Diane Murphy Quinlan stated: “As trustee, [Wolfeboro] owes fiduciary duties to the Libby Museum in light of its purpose and the fact that it has perpetual existence. One of those duties is the fiduciary duty of care or the ‘duty of attention’ in overseeing the affairs of the organization.”

A breach of the duty of care occurs when a trustee fails to pay attention to oversight of the affairs of the organization, or wastes the charitable trust’s assets. Other fiduciary duties include “duties of loyalty and obedience, which require…trustees act in the best interests of the charity and ensure that the charity’s assets are used in accordance with its purpose,” the letter states.

After reviewing a report prepared by Alba Architects identifying substantial issues of concern with respect to the current state of the structure, Quinlan noted that, “many of these issues apparently have been going on for some time.”

“While we recognize that the Town has many needs, it has obligations as trustee of the Libby Trust to address the issues that are causing the Libby Museum to deteriorate and to use the Libby Museum property for its intended purpose. The Town’s failure to comply with these obligations are breaches of its fiduciary duties,” Quinlan states.

The letter concludes by asking for a meeting of the Director, the FoLM, the selectmen, and their respective counsel.

A Plan for the Future

Since the March letter, the FoLM have drafted and proposed a new business plan for the running of the Libby Museum to the trustees. If the proposal is adopted, the FoLM would be in charge of daily operations, hiring staff, and curating new programs and exhibits. The town would be responsible for utilities, maintenance, and overseeing the grounds.The five year plan includes the creation of a million dollar endowment fund which the FoLM will use as part of their operating funds for the museum should the town agree to the proposal. Ownership of the museum would remain in the hands of its current trustees.

If the warrant article doesn’t pass in March, Quinlan, who is now Director of Charitable Trusts, has indicated the town could face legal trouble in the form of mediation, and possibly even a lawsuit, though Town Manager James Pineo said he thinks legal actions could be avoided.

“If [the warrant article] doesn’t pass the town vote, the FoLM and the Board [as the trustees] would sit down and reevaluate where we’re at and try to make a determination about a scaled back project. These are conversations the Board would entertain with the FoLM,” Pineo said.

In the meantime, Goodwin is optimistic the restoration is achievable.

“We’re on the cusp of taking a major liability and turning it into a major asset for the town,” he said,, adding that the restoration and expansion will both save the historic building from collapse, minimize liability, and give the Libby a brighter future than it currently has. "We are working with the town as much as possible, because if the state Attorney General's office gets involved, it could cost the town more than the town's proposed contribution to the current warrant article.” 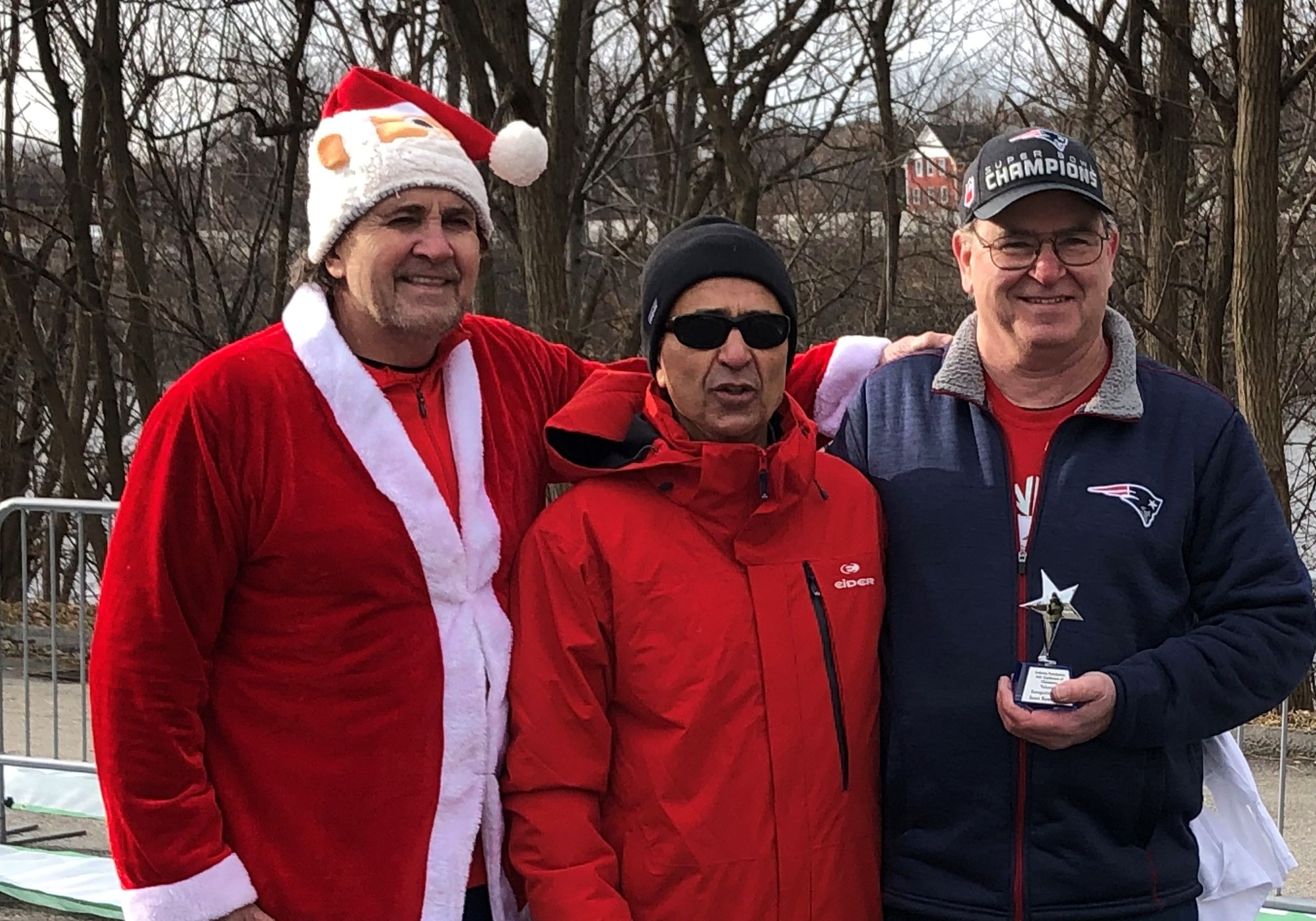