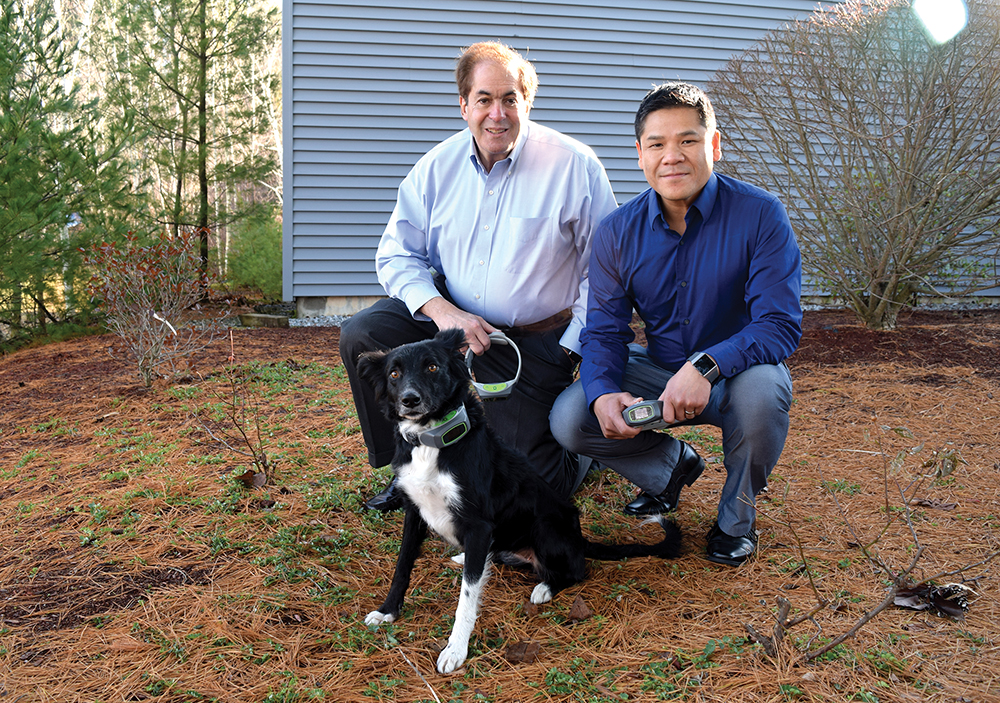 Given that everything in life is connected to the internet, why not include our pets? OnPoint Systems in Bedford is doing just that with a portable smart collar for dogs.

The SpotOn Virtual Smart Fence is a teched-out dog collar that kicks invisible dog fences up a notch. With SpotOn, dog owners can create as many as 10 invisible fences by simply walking the perimeter of where they want the fence with the dog collar in hand. The device then stores the fences’ locations. One customer even used a utility vehicle to set a boundary encompassing 125 acres and uses the app to track where the dog is at any given time.

The perimeter shows up on the user’s accompanying smartphone app and he or she receives an alert if the dog leaves the containment area. (The GPS system has access to 24 satellites.)

As with other invisible fences, the collar provides audio warnings if the dog ventures too close to the  boundaries followed by an optional “static correction.”

If the dog escapes, the collar comes equipped with tracking technology that updates the dog’s location every six seconds and sends alerts to the owner with turn-by-turn directions to the dog’s location. The system is also equipped with a compass setting to track the dog that heads for the woods. If a dog returns on its own, the collar automatically turns off the correction setting and notifies the owner. 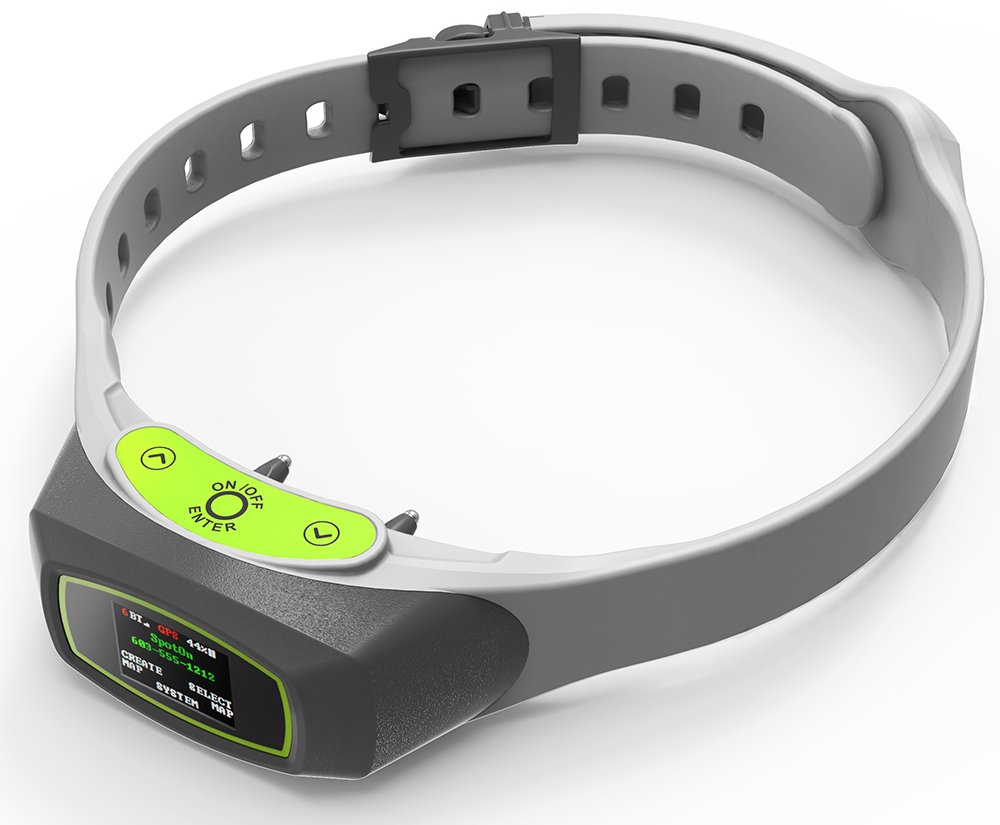 This tech was featured in Wired as among the best tech for dogs, won “Product of the Year” from the NH Tech Alliance and was named a “CES 2020 Innovation Award” honoree all in 2019. Not bad for a product that launched only a year ago.

The idea for SpotOn arose from a conversation Ken Solinsky, founder of OnPoint Systems, had with a landscaper, who was frustrated by accidently disrupting underground invisible fencing when clients forgot to point out they had one.

Solinsky, the founder of Londonderry-based Insight Technology, which developed military technology, reached out to Sung Vivathana, who had developed and manufactured advanced night vision and electro-optical systems for the U.S. military at Insight. Sung was intrigued by the idea and in 2015, they launched OnPoint with Sung as director of engineering.

Coming from a defense background, the duo knew the product needed to be one where keeping the pet safe was paramount, Vivathana says. “This is a fence you take with you wherever you go. You can make the world your backyard,” Solinsky adds.

They also hired a dog trainer to teach them about canine behavior, Vivathana says.

The waterproof collar, priced at $1,495, comes in two sizes, for large and medium-sized dogs, and the company is developing a collar for smaller dogs. The device comes with a guide, training videos and accessories and it takes two to four weeks to train a dog. The collar has a rechargeable battery that can last up to 36 hours.

OnPoint holds seven patents on this technology. While the duo declined to discuss specific financial information, Vivathana says sales are above what they projected.

And, while the product is currently manufactured in New York, Vivathana says they plan to move manufacturing to NH by June.

The company has five employees and expects to add three employees by the end of January, including positions in marketing and mechanical engineering. In addition, Solinsky notes the company has plans for other new products. 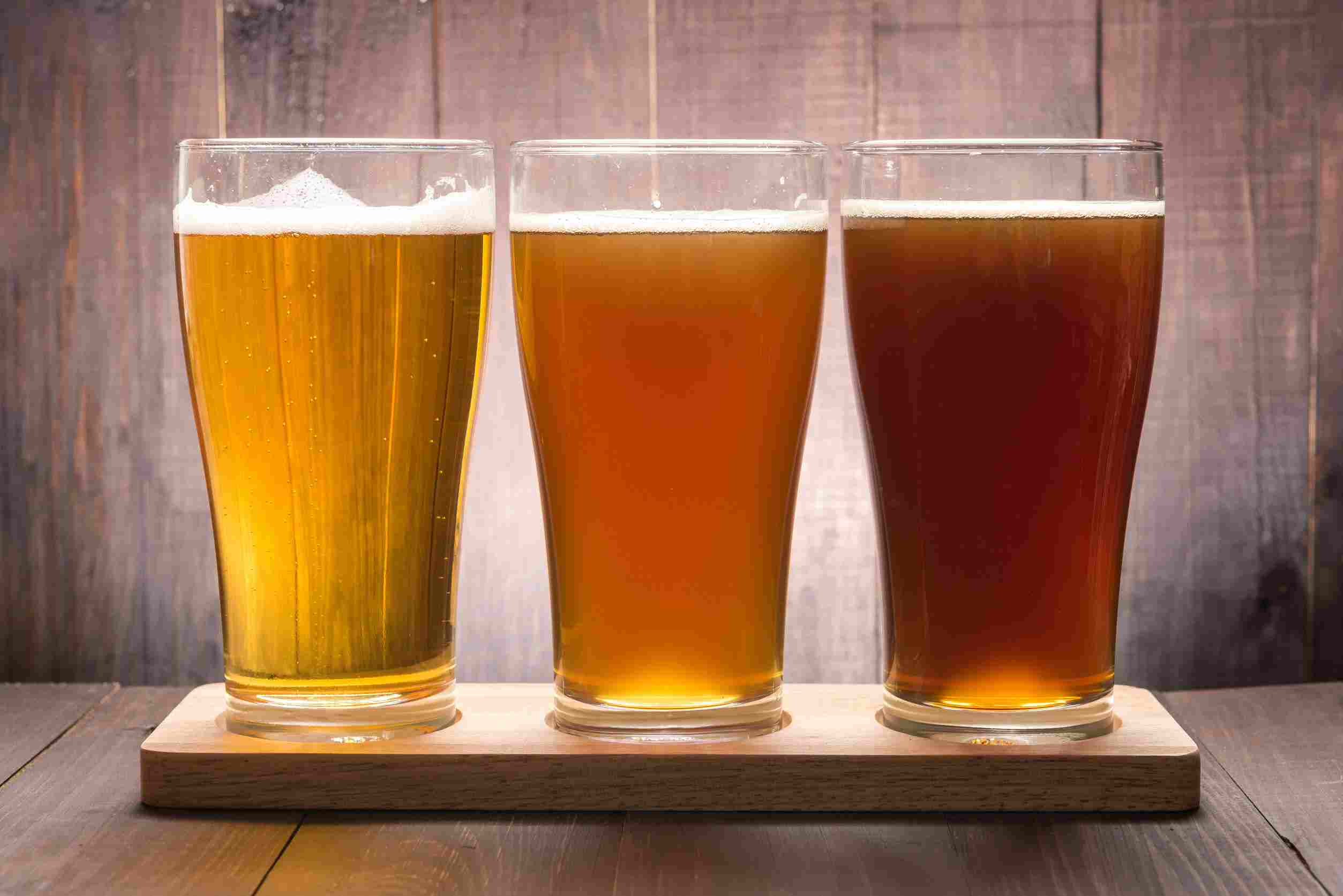 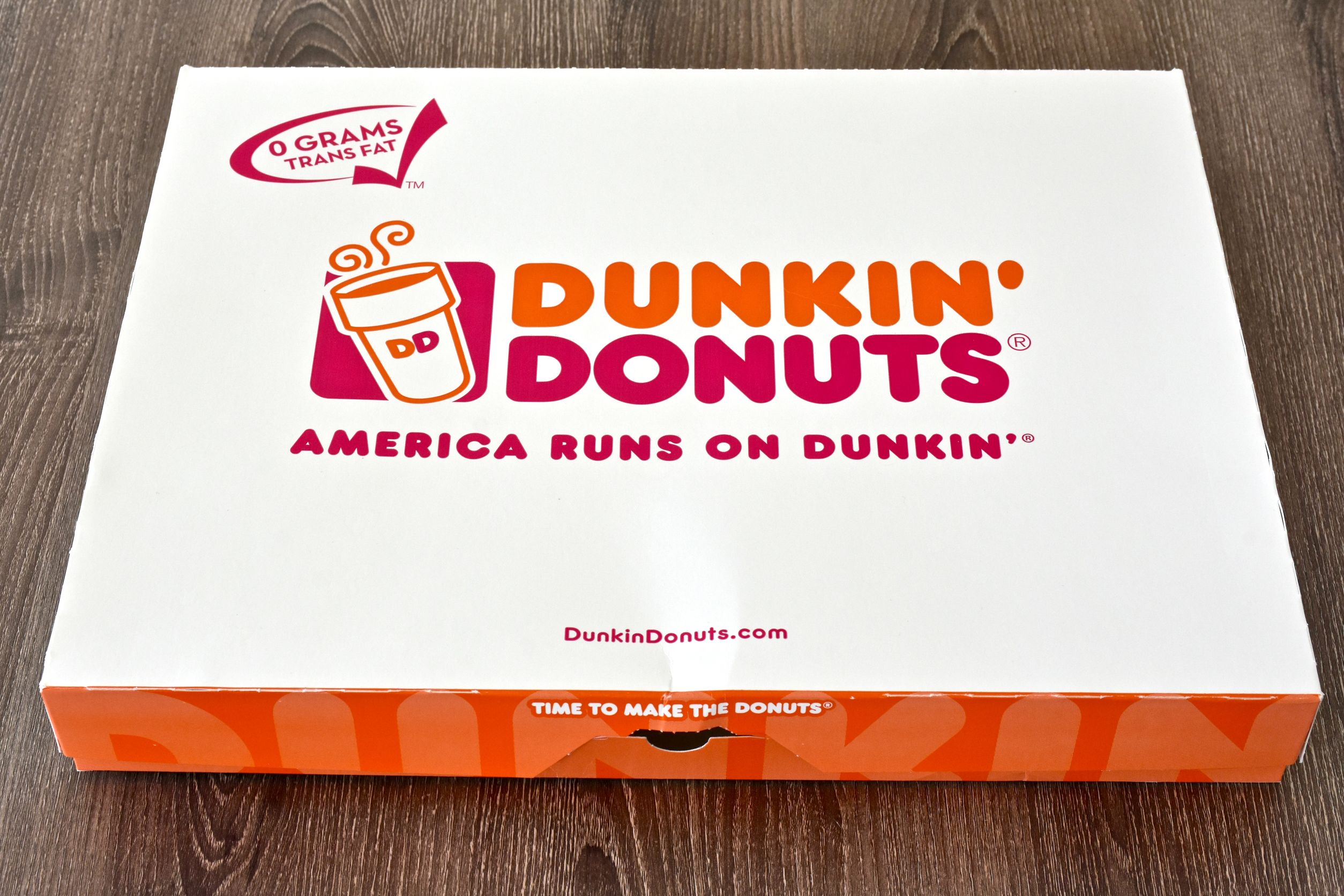