Are Business Tax Cuts in Peril? 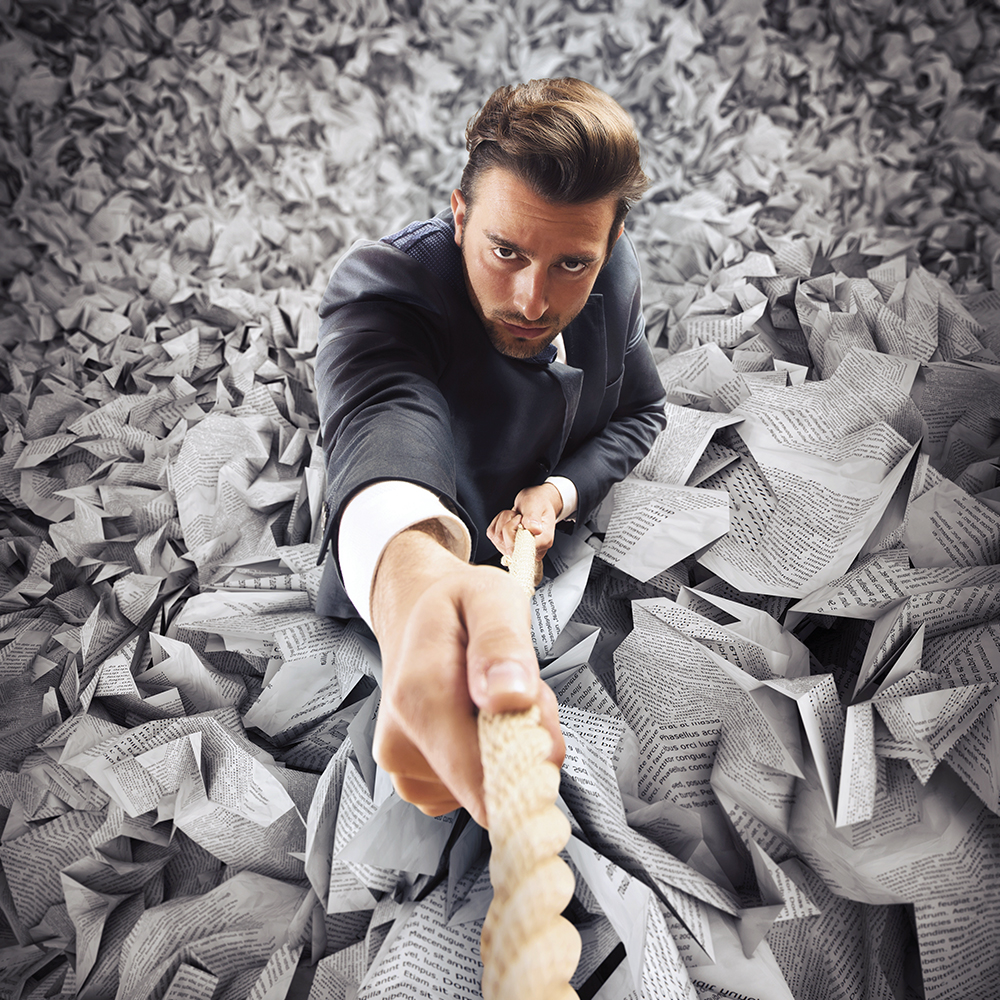 (Editor’s note: This story was written in early March and although the scheduled round of tax cuts agreed to in the compromise state budget won’t take place, early revenue estimates indicate the state barely missed the triggers that would have required increasing business tax rates.This story offers insight into process. See also: https://www.businessnhmagazine.com/article/pandemic-haunts-state-revenues)

The COVID-19 pandemic and its economic impact could claim another victim: business tax cuts in New Hampshire.

Businesses have enjoyed rate cuts in the state’s two primary business taxes in recent years, cuts that were strongly opposed by Democrats in the State House. In order to get a state budget signed into law last summer, Democrats controlling the state Legislature had to compromise with Republican Gov. Chris Sununu. The two sides agreed the next scheduled round of tax cuts would be shelved unless state revenues came in substantially over budget when fiscal year 2020 closed at the end of June.

The compromise also included a provision requiring the rates to rise again if revenues are substantially below budget.
Until the advent of the coronavirus, it looked like the next round of cuts scheduled for 2021 will not take place, and revenues could be sufficient to avoid a return to higher rates. That said, there is a lot of uncertainty with a global recession on the horizon.

A Politico headline on March 19 summed it up this way: “Governors brace for coronavirus budget cliff as tax dollars evaporate.”

“I think everyone agrees it [COVID-19] is going to have a tremendous impact on overall revenues,” says  David Juvet, senior vice president for public policy at the NH Business and Industry Association.

“March is an important collection month, so everyone is keeping a close eye on this. What the governor and Legislature choose to do remains to be seen. It goes without saying that increasing business taxes if we slide into recession will have a negative impact on business, especially those struggling to stay afloat as a result of public health policies designed to slow the spread of coronavirus,” Juvet says.

With majorities in the NH House and Senate after the 2018 election, Democrats began to push back, refusing to include the 2021 reductions in their version of the two-year state budget and calling for a roll-back to 2018 rates.

That led to a budget veto by Sununu and an impasse that lasted until September, when both sides announced a compromise that was similar to the approach used by Democratic Gov. Maggie Hassan with a Republican-led legislature.

Hassan opposed the first round of tax cuts in 2015, leading to a stalemate that lasted until September of that year. It was finally resolved when she and Republican lawmakers agreed to link cuts to revenue. The state would have to collect enough in business taxes to meet the targets in the state budget.

The revenue targets were met, and the first round of tax cuts took effect. Last year, with Democrats controlling the State House and a Republican governor, both sides agreed to take a page from 2015 and end a budget stalemate by linking tax policy to revenue performance.

The compromise plan announced in September requires that the tax cuts promised for 2021 be cancelled unless state revenue from all sources exceeds budget projections by 6%. If revenue falls below budget by 6% or more, rates will revert to 2018 levels -- 7.9% on the BPT and 0.675% on the BET. That outcome, which seemed so unlikely at the start of the year, is now a distinct possibility.

The state was only 0.9% ahead of budgeted revenue at the end of February, with only four months left in the fiscal year.

Sununu has expressed a concern about a decline in state revenues and is considering reductions in state spending. His office declined a request to comment on the likely trajectory of business tax rates.

As of March 17, state tax revenues were 7.8% below projections for the month.

Tax Rate Effects
Whether the business taxes stay where they are or increase, the debate over the impact of tax cuts, positive or negative, will rage on at the State House. Opponents see them as draining the state of much needed revenue at a time it is struggling to fund education, combat the opioid epidemic, address mental health needs, and now, cope with COVID-19.

Supporters of the cuts make the case for supply-side economics, arguing that growth can be stimulated by lowering taxes. Stronger growth means a broader tax base to fund government, even at lower rates—at least that’s the theory. With the COVID-19 pandemic, many will argue for further cuts, not rollbacks, to help sustain struggling businesses.

“It’s a complicated question,” says Christopher Sullivan, president of the law firm of Rath Young and Pignatelli in Concord and an expert on tax policy. “It’s hard to isolate what’s going to work and isn’t going to work. Lowering the rates alone? I don’t think you could isolate that factor and say that has led to the increases in revenue because there have been increases in revenue with and without tax cuts.” 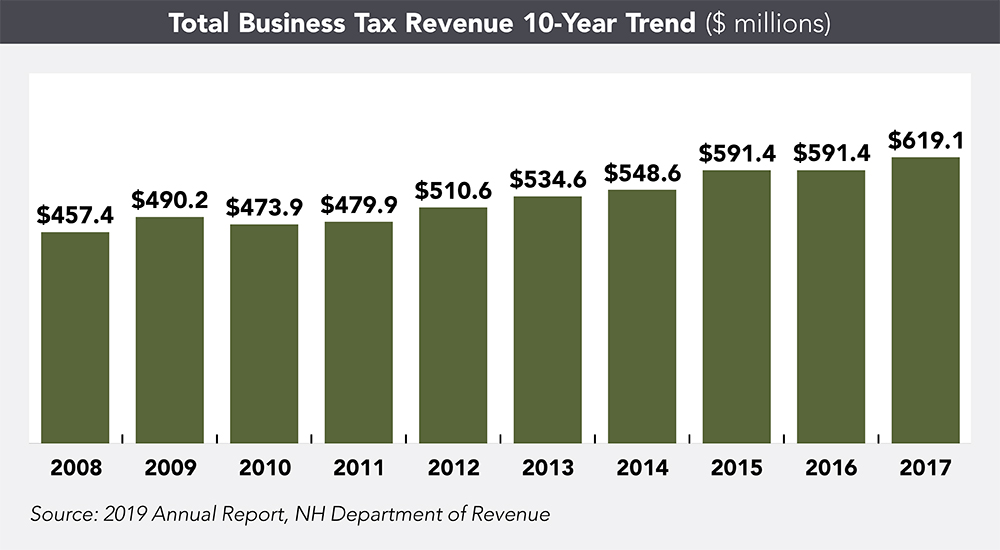 Bruce Berke, state director for the National Federation of Independent Business, says he has heard from his members that state and federal reductions have stimulated growth, and they are hoping to avoid any return to higher rates.

“There’s no empirical evidence, but I would say that both state and federal cuts have been helpful,” he says. “At the federal level especially, there were some very real considerations put forth that help the small businesses.” Unlike the state cuts, the federal tax cuts are not tied to revenue receipts and are likely to remain in effect.

Federal Tax Cuts vs. State
All taxpaying businesses benefitted from the Tax Cuts and Jobs Act of 2017, which lowered the corporate income tax from 35% to 21%. But small businesses (the majority in NH) were allowed to deduct up to 20% of their net business income on their federal tax returns.

“The 20% pass-through deduction was a key adjustment for the small business owner,” says Berke.

At the state level, Berke says his members were really counting on the scheduled 2021 BET reductions.

The NH Fiscal Policy Institute describes the BPT as “more like a typical state corporate income tax, drawing from profits after certain exemptions and credits.”

The BET, on the other hand, “is based on the compensation, interest and dividends paid or accrued by the business, regardless of profit.” BET payments can be used as a credit against a business’s BPT liability.

In tax year 2016, the most recent year of data from the Department of Revenue Administration, the business profits tax generated $365 million for the state, with 70% of that paid by just 549 companies out of 73,748 businesses registered with the Secretary of State.

The BET generated $224 million, with the liability more evenly distributed among the businesses that paid the tax.
According to the most recent DRA Annual Report, “If there are 170,000 business entities operating in the state, then 125,612 or 74% of them pay no businesses taxes, neither BET nor BPT.”

Every Bit Helps
Val Zanchuk is owner and president of Graphicast, a 25-employee company in Jaffrey that uses mold casting technology to produce precision metal parts.

He says his business tax liability to the state comes mostly from the BET. The fractional reductions have helped, he says, but are no big deal.

“But every little bit helps, especially for a small company where cash flow can be a challenge. Having a few extra bucks each month to meet payroll and the like is critical, so you take what you can get.” 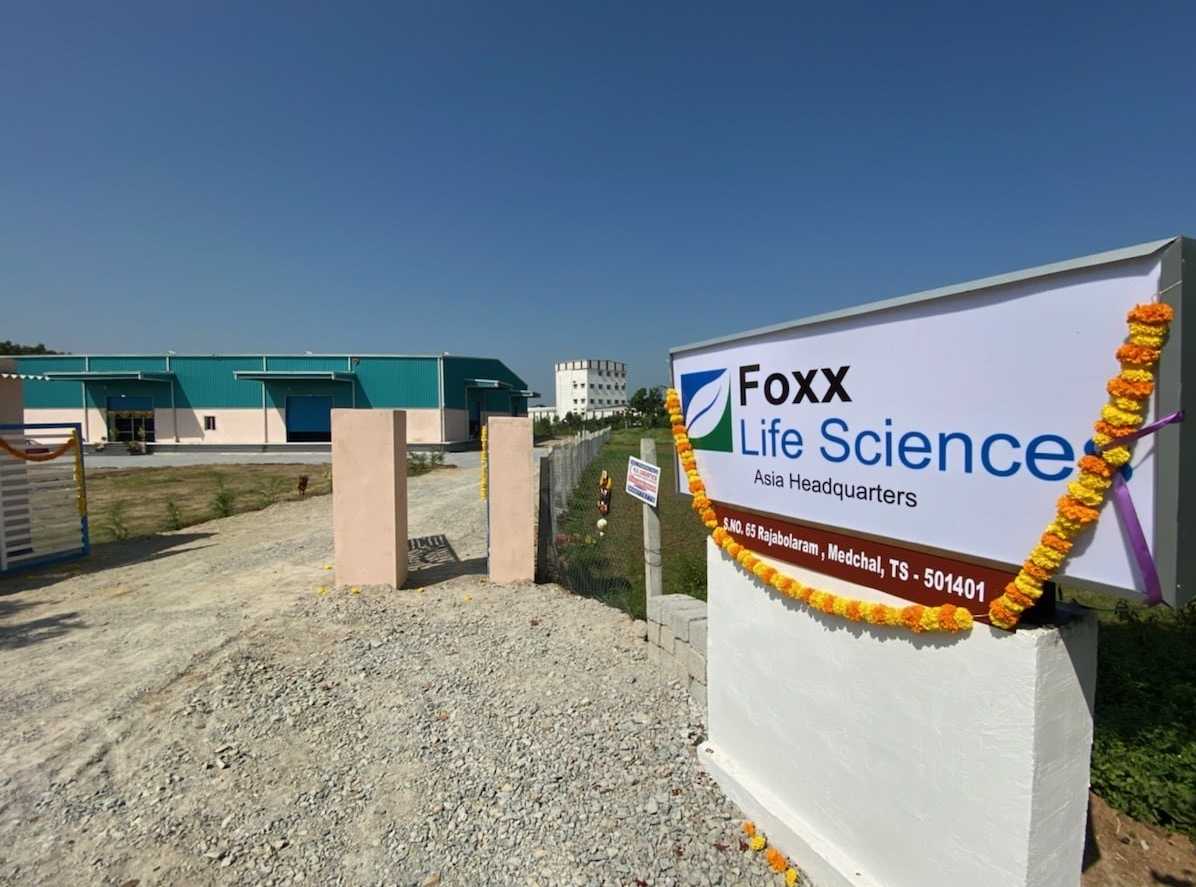 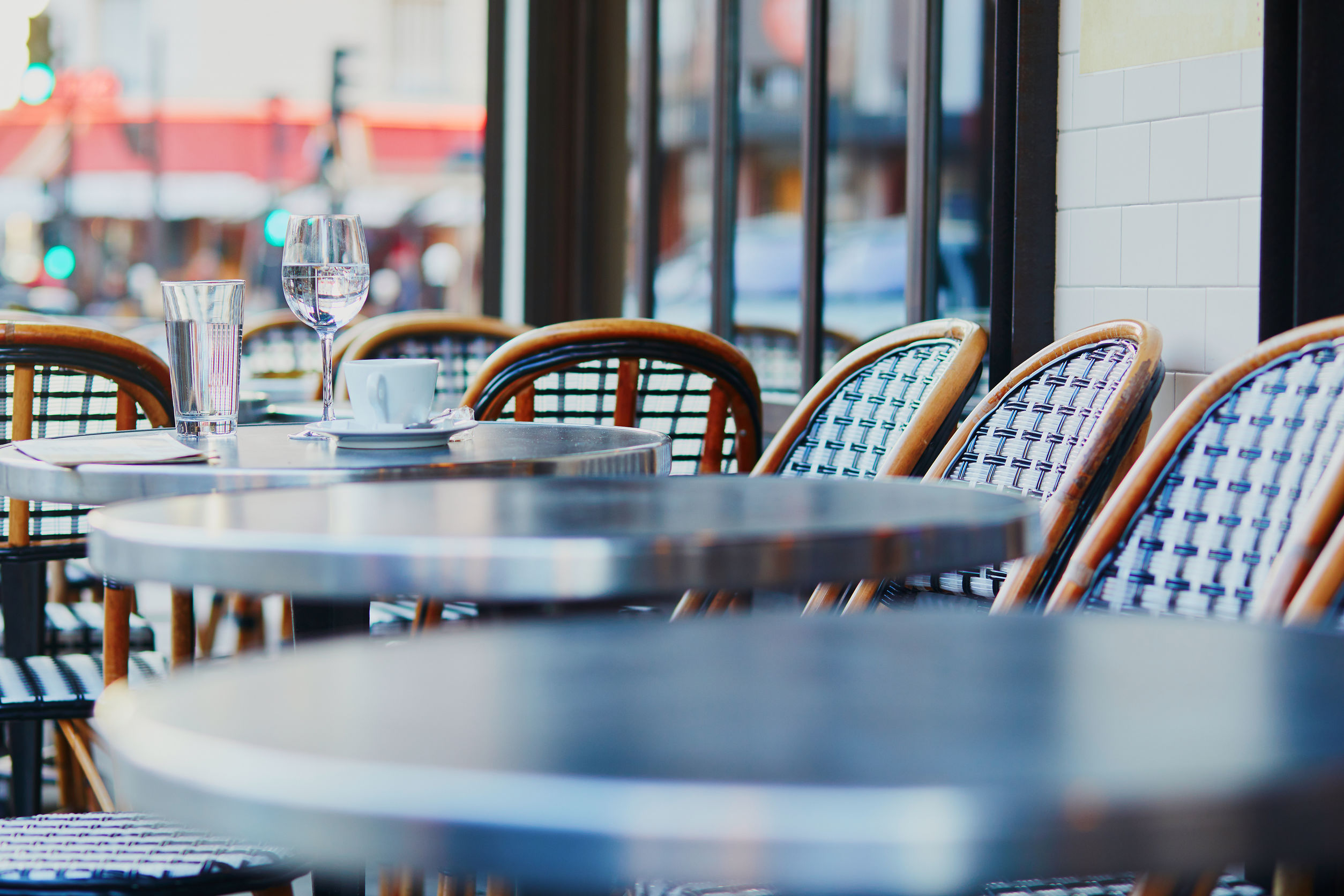 With COVID Cases Up, Flex Openings on Pause