Who Let the Dogs In? 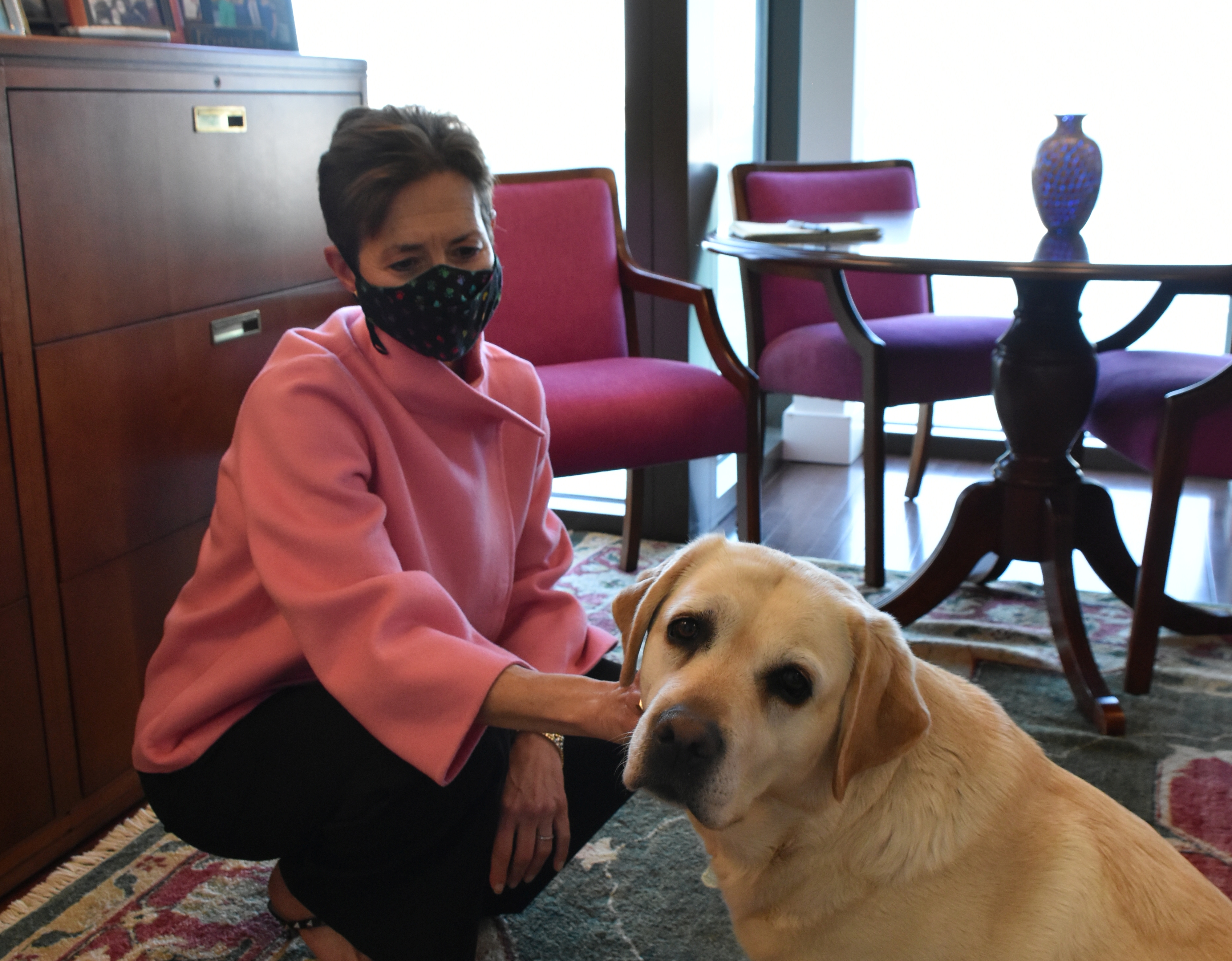 2020 was a boon for a lot of dogs and their owners alike. Finding day care or dog walkers was no longer a priority, and animal adoption flourished.

For those businesses where every day is Take Your Dog to Work Day, employment law attorneys are imagining a number of ‘what if’ situations that could arise in workplaces, and they say employers should consider creating pet policies before issues arise.

“People have become so used to being at home with their pets, and I think you’re going to see more employees asking for that workplace perk on a case by case basis,” says Lindsay Hamrick, director of Shelter Outreach & Engagement for the Human Society.

Employment law attorney, Terri Pastori, acknowledges the difficulties many have faced over the past year and agrees with Hamrick that there could be an increase in people asking to bring their dogs to work. A confessed dog lover, Pastori says the issue of workplace pet policies is a timely topic.

As it stands, many businesses that allow pets already do not have formal policies spelling out expectations, she says.

“Working remotely has impacted the situation. People and their pets are used to being together during the day and there was a spike in ownership. Life has changed so much because of COVID and we’ve expanded our vision about workplaces. Employee morale and pets are important.”

The correlation between employee morale and bringing pets to work was the subject of a 2012 study by a group of researchers who published their findings in the International Journal of Workplace Health Management under the title, “Preliminary investigation of employee's dog presence on stress and organizational perceptions.”

The purpose of the research was to determine whether bringing a dog to work caused stress and changed organizational perceptions.

Comparing three groups—NO DOG, NO PET, and DOG—the study found stress declined for the DOG group with their dogs present and increased for the NO DOG and NO PET groups.

“The NO DOG group had [significantly] higher stress than the DOG group by the end of the day. A significant difference was found in the stress patterns for the DOG group on days their dogs were present and absent. On dog-absent days, owners' stress increased throughout the day, mirroring the pattern of the NO DOG group,” the study states.

While some businesses have inquired about workplace policies for service animals and emotional support animals, many people are unaware of the legal distinctions between the two, says Ashley Taylor, who practices law with Pastori.

But Pastori imagines emotional support animals could meet the criteria for reasonable accommodation in certain situations.

The legal ‘what ifs’ of pets in the workplace

Two basic issues arise when advising employers about pet policies and they should be addressed right away, Taylor says."In drafting a pet policy, step one should be ‘what do you mean by pet’? Step two, ‘who will it impact now or in the future?’”

Some effects of having pets in the workplace are a matter of providing reasonable accommodations for those with disabilities. The ADA defines a disability as anything interfering with a major life activity.

An employee or a client who is allergic to dogs, for instance, could create a problem, Taylor says, and employers can’t screen everyone coming into an office.

“Any pet policy needs to clarify the fact that it can be changed or discontinued at the employer’s discretion. An allergy issue, or even a phobia in some cases, could be a disability depending on how it manifests,” she says. “I think you might find that some smaller businesses haven’t had any problems with having pets in the office. But it’s important to make sure everything is clearly laid out to employees. What if someone new comes in with a new dog that doesn’t fit?”

That situation could lead to workplace retaliation, Pastori says, describing a situation where a person is hired who has a severe allergy to dogs that results in the company issuing a blanket rule against dogs in the office.

“People could become very angry towards the employee who they perceive to have ruined the favorable conditions allowing pets at work,” she says. “That is a concern and what we think is the best practice is to anticipate these things beforehand as employers structure policies.”

Who let the dogs in?

At Duckfeet USA in Portsmouth, 13 employees work in a laid-back open-workplace, complete with couches, and for some, their dogs.

On any given day, the Danish shoe company, which packages and distributes mre than 40,000 pairs of shoes a year, has as many as four dogs sleeping or wandering through the office. On a Monday in mid-April it was just Rue.

“We don’t have a formal policy and it has worked out good. People bring their dogs if they want to,” says co-owner Justin Brady. “Some dogs of course, aren’t right for office because of barking, et cetera, but Rue is the perfect dog.” (Rucifer “Rue” Huxtable is a seven-year-old pug named after the character Rudy from the Cosby show.)

“I’d have a hundred pugs if I could,” says Brady’s wife, Briggs, the company’s customer support specialist.

“That’s right, a pack of pugs. I think it’s just three or more to make a grumble,” says Brady, joking with Lien.

Elsewhere in Portsmouth, Monica McCarthy, the CEO of Seascape Capital Management, has her six-year-old yellow lab Chloe sprawling on the red carpet next to a large window overlooking the Piscataqua River.

“I felt guilty about putting her in day care,” McCarthy says. “I discussed this with a friend who had a publicly traded firm that allowed dogs and, he said, ‘It’s your company, so you can bring her in if you want.’ And it just developed from there.”

Seascape doesn’t have a formal pet policy, but McCarthy says there are some basic rules and that she always checks with clients coming into the office to make sure they’re not allergic. “They have to like people, be house trained, and can’t bark all day long. Other than that, we’ve had a great response from clients and our team loves being able to bring their dogs.”

McCarthy, who is on the board of the NH SPCA, says shelters emptied out when people went home to work.

“They’re great for reducing stress, they get us up out of our chairs, away from screens into fresh air, and they keep us grounded, it’s really nice.”

Richard Fradette, an attorney in Manchester, has been bringing his 13-year-old chocolate lab, Lincoln, to work for years with no formal pet policy.

“We’re a small and very family-oriented firm,” Fradette says. “There’s no formal policy but we do make certain the pet is not disruptive to the office staff or clients.”

Fradette enjoys having Lincoln by his side during the day and says he’s never had a client object.

“I always ask clients if they mind my dog being there before I bring them in the office. To date, I have never had a client object.  Usually it’s the opposite – clients look forward to seeing him and have sent him treats,” he says.

Making a return to work a smooth transition

Animal Care Specialist at Cilley Veterinary Clinic in Concord, Paul Bourget, says the return to work has already created an nuptick of those seeking doggy day care and veterinary care.

“Everyone in veterinary and animal care is slammed right now. That’s because so many people have gotten pandemic puppies,” Bourget says. “If you can work from home that’s good. Unfortunately, there isn’t a lot of doggy day care in the Concord area. In rural New Hampshire it’s tough to find a place at all. And some dogs aren’t equipped for being in the office.”

For Taylor and Pastori, who have been thinking about making the transition back to in-office work smoother for employees and employers, coming up with ‘what if’ scenarios regarding liability and a host of other issues related to pets in the workplace, is key.

“It’s helpful to work through scenarios that could pose challenges,” Pastori says. “As an employer you are going to want to have a process for people to apply when bringing a pet to work—vaccination history, temperament history, et cetera—so the company can approve or deny the application.”

For businesses that choose to not allow pets for practical reasons, Taylor suggests some employers could offer workplace perks, such as doggy daycare, access for pet insurance, discounted pricing, pet walkers allowances, or even gym memberships.

“For many people your pet is a part of the family,” Pastori adds. “These are just some ideas that might not be as nice, but they acknowledge that pets are a part of people’s families.” 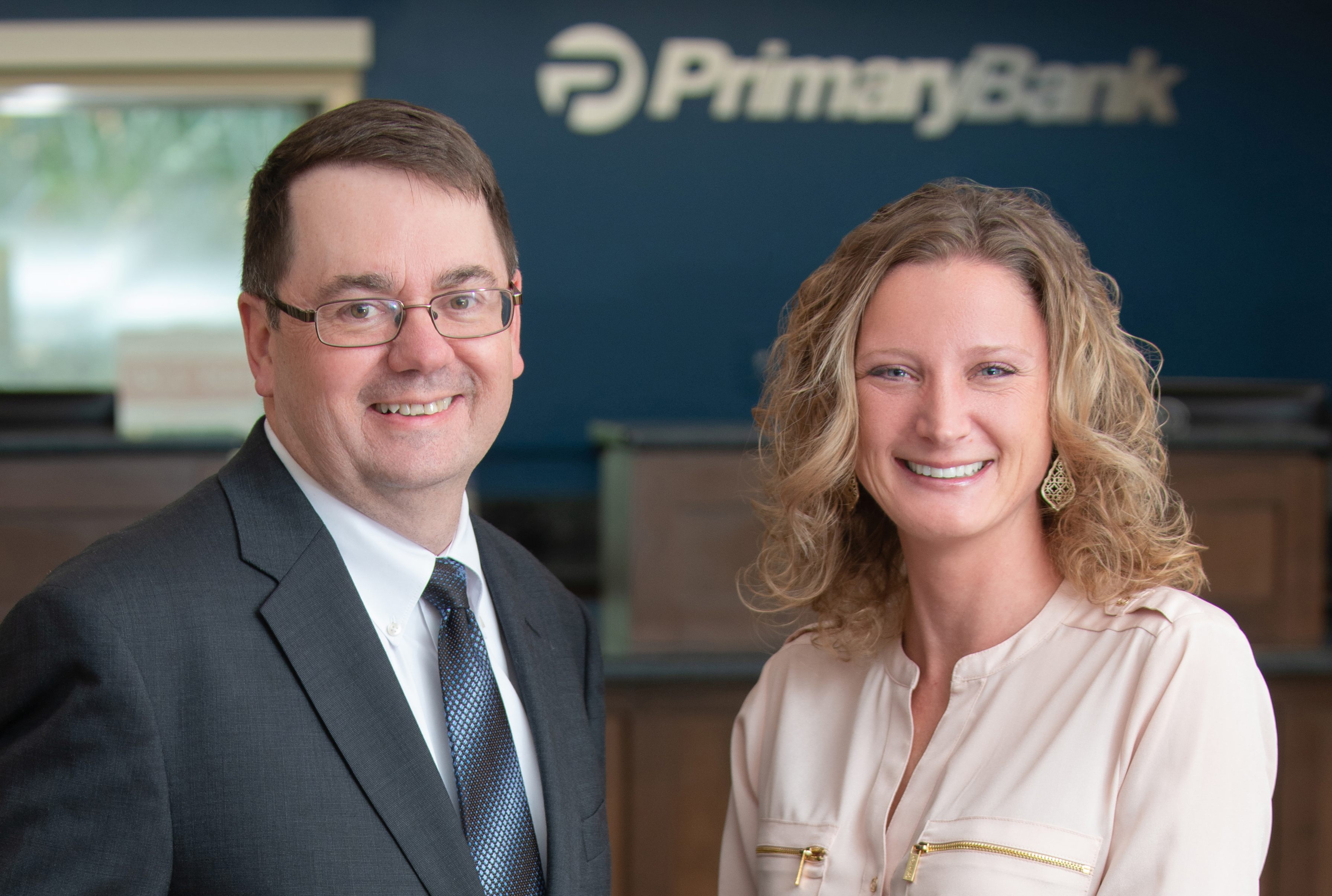