Where Everyone Knows Your Salary 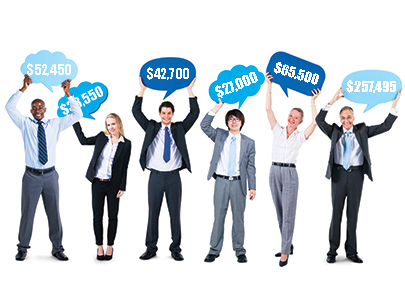 Chances are you know more about a co-worker’s sex life than you do about their salary.

That's because salary is one of those topics you don't discuss. Negotiating a salary or pay raise can feel a bit like buying a car. Both the employer and the employee want the best deal possible without feeling ripped off. And the headache factor only increases if someone finds out a co-worker with less seniority is making more. Companies often struggle with how to reward employees for good work without those raises seeming arbitrary.

Plus,  it’s all kept hush-hush, usually. But some companies are taking a different approach. SumAll in New York City and Buffer, based in San Francisco, have made their pay calculations transparent to all employees and say it pays off big dividends. They are part of a small movement toward pay transparency. “I would argue that in any company, salary transparency leads to better culture, higher retention and a more effective business than secrecy,” Dane Atkinson, CEO of SumAll explained in a blog on Tech Crunch.

Unions and public sector workers have long had salary transparency. In most cases, the compensation schedule is part of a union contract or a matter of public record. At nonprofits, officers, directors or trustees and certain employees earning more than $100,000 have to be declared on IRS 990 forms. But these levels of transparency are uncommon in the private sector.

When Whole Foods Market opened a store in Nashua last summer, it introduced its culture of wage transparency to NH. The 20,000-square-foot store on Amherst Street employs roughly 150 full- and part-time workers. Since 1986, Whole Foods has published its wage structure by position so anyone can research the range that workers, managers or leaders earn for a given job. The starting wage is $11 per hour and executive pay is capped at 19 times the average wage of a full-time employee. The idea is to make clear what it takes to advance, according to Linda Shear, regional executive coordinator of team member services, who oversees the Nashua store, among others.

“[Team members] see their bosses working hard, but they also see that in doing so, it can lead to a more favorable pay situation,” she says. Not every employee has viewed this as a positive, however. “People cannot [have a] ‘threaten to leave unless I get a pay increase’ mentality. I have been in companies where that has occurred, and the end result is uneven pay amongst peers, and that sets a tone of people who are good workers and assertive earning more and those that are good workers but more reserved earning less…hardly fair,” she adds.

But it took her a while to embrace the idea. Coming from a career in human resources (she joined Whole Foods Market in 2002), wage transparency was a shock. “Every HR instinct I had told me that this move couldn’t do anything but cause conflict amongst team members. I was wrong. It really is a non-issue here,” she says.

Instead, it has been positive—and other HR professionals say they understand why. “Obviously, it creates trust—and trust is huge,” says John Roller, owner of Express Employment in Manchester. “By doing this, they are showing they’re above board and fair about their pay practices.”

In reality, salary transparency can take different forms, from sharing information on pay ranges for any position to full disclosure of what everyone at a company earns.

Reddit CEO Ellen Pao, who lost a highly publicized gender discrimination lawsuit against Kleiner Perkins, a California venture capital firm, recently grabbed headlines by banning salary negotiations at her new company, the online news and entertainment bulletin board. In several news reports, she argues this will help reduce gender pay inequality. Instead Reddit offers a salary and it’s a take-it-or-leave-it deal, though you can negotiate for more or less equity in the company as part of your compensation.

At Whole Foods, employees do not know exactly what co-workers are earning, only the range for a given job. “It does not give a team member the right to demand to know what a co-worker’s hourly rate is, why they have that rate, and have us explain to them the reasoning for a wage that is higher … that would cause problems amongst team members,” Shear says.

Salary transparency is definitely not a one-size-fits-all approach, says Tim Low, vice-president of marketing at Payscale, a leading compensation software provider in Seattle. He offers several cautions for companies interested in going this route.

Leading the list is a clear communication plan going into any effort to change the culture around wage or salary transparency. “Develop a communication plan, and arm managers with the relevant information to handle difficult conversations with employees about how each salary was decided. Employees will feel reassured if they can see the market data about compensation to show how their boss arrived at each salary decision,” Low says.

Roller agrees. “This is a culture shift and whenever you do a culture shift, it takes a lot of thought,” he says. Whole Foods Market, for example, developed a detailed plan. “Having a policy in place is necessary for base pay, pay increases, pay reviews, promotions and for bonuses. Without structure, they can be perceived as subjective and exclusionary,” Shear says.

The Art of Sharing

Much of the trend toward transparency is driven by tech companies whose business models make use of the free flow of information online, including Buffer, Reddit and SumAll. Buffer published its compensation formula online (99u.com/articles/15527/the-age-of-salary-transparency). It includes factors such as job type, level of experience, location (cost of living) and whether some compensation is equity in the company.

This transparency is increasing, whether employers like it or not. At Glassdoor.com, an employee review site, people can share salary information as well as opinions about the good, the bad and the ugly about their employers. In NH, the Department of Employment Security publishes data on wages by industry or occupation. Increasingly, job coaches teach negotiators to use this type of data to determine what a  reasonable salary would be.

And it’s not just salary information job applicants consider. Vacation time, family-friendly policies, and other perks make a company more attractive, if it shares that. “When there’s more information that is shared, people are able to make better and more informed decisions,” argues Scott Dobroski, a spokesman for Glassdoor. 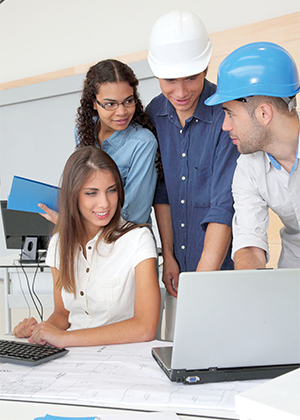