Thinking Can Be Rewarding

For countless employees and business owners, the workday is life in a straight jacket. There's not enough time to get the daily tasks done, let alone find even a few minutes to think about anything other than what we must do next. All of which explains why doing is a top priority in business, while thinking doesn't get much attention.

It there's any time left, it's focused on how best to get through the next day, the next quarter, the next crisis or to fantasize about how to get to retirement. Even so, thinking about some things can be rewarding: It can keep us out of trouble. Here are a few possibilities:

Stop thinking we're important. The simple truth is that we're all expendable in our jobs and careers. Admittedly, this might not seem like a smart way to begin. It's depressing for some and a waste of time for others. Yet, as a matter of fact, we're all expendable, and the trouble starts if we persist in viewing ourselves as the exception.

Time and again, those laid off during the recent recession were heard to say, I knew there were going to be layoffs, but I didn't think it would happen to me.

One of the benefits of a GPS is having an escape route when you're in a traffic jam. It should be the same with a job, a career or even a business.

It's just a guess, but chances are you're instantly uncomfortable and two seconds later, you're planning your exit. That's not all. If you're somewhat normal, you wait for an opening so you can talk about what you do. If you're still there, of course.

How different is it when someone shares a story with us about how they helped a customer solve a problem or what it meant to take part in a charitable event. Stories get our attention.

Stop chasing appointments. Getting face-to-face was the sine qua non for making a sale. An enormous amount of time, energy and money was spent on getting through the door.

That was years ago and now it's DOA. Even if they have the time, most prospects say no to appointments to those they don't know, no matter who they are. Yet, salespeople often continue to find a way to get in front of prospects.

That's doing it backwards. The task today is getting inside a prospect's head before asking for a meeting. Aiming for the appointment is like planting seeds and expecting vegetables to sprout the next day. The time for the appointment is after cultivating prospects so they understand what you offer and why it's worthy of their time to know more. The appointment should take place when the prospect wants to talk to you.

Stop thinking people believe what we say. It should be rather obvious that what we say doesn't make it so. Rather basic, wouldn't you think? Yet, many of us seem to persist in doing what doesn't make sense. Does anyone really believe us if we say, We give great customer service? Of course not. In spite of everything, we do it because we want to believe that we control what people think about us.

A few years ago, an association of independent insurance agents started using Trusted Choice as a descriptor. Does it make a difference? If so, where the evidence? It's what we do how we perform that determines what people think, not what we say.

Stop worrying about being a great closer. This may sound a bit over the top, particularly since sales managers often stress the need to be a strong closer for salespeople to hit the big time.

There's no doubt about it; the close is important. Yet, focusing on it may not be the best explanation for lost sales. If there's something worth worrying about, it's making sure that we're very good openers. If the sales process is flawed at the start, chances are that it won't end with a signed order.

A strong opener focuses on engaging prospects so they recognize that the salesperson both understands the issues and is serious about recommending the appropriate solution. The right opening isn't accidental or left to chance. It's designed, specifically, to help a customer conclude that there's a commitment for developing a thoughtful, trusting relationship. At that point, the close becomes the inevitable result.

Stop saying yes, when you really mean no. One way to develop a good reputation is agreeing to do something only when you mean it. To say yes because that's what you think someone wants to hear is fraught with danger. Yet, it occurs far too frequently.

Agreeing to do what's asked relieves the pressure at least for the moment. What follows often turns out to be a string of the dog ate my homework type excuses for not getting it done. But it doesn't end there. There's also a distinct residual effect: a lack of confidence and respect by colleagues, friends or customers who no longer trust us.

If there's a problem doing what you're asked, negotiate a resolution that's mutually acceptable instead of saying yes.

Stop trying to trick colleagues and customers. The Internet is a haven for tricksters. We see an offer for a free white paper on a topic of interest. But to get the document, we're required to give away what is clearly valuable personal information. All too often, the touted white paper is of little value. For that, we have given away our identity. Such a trick makes us angry and leaves a bad taste.

Companies offering white papers with no strings attached get it. They understand that sharing their knowledge with customers should stand on it's own merit. They want it to be so compelling that we will want to know more. And that's a lead.

Because it's so easy to develop and perpetuate counterproductive behaviors, staying out of trouble starts with recognizing the value of thinking, as well as doing.

John Graham of GrahamComm is a marketing and sales consultant and business writer. He publishes a free monthly eBulletin, No Nonsense Marketing & Sales. Contact him at johnrg31@me.com, 617-774-9759 or johnrgraham.com. 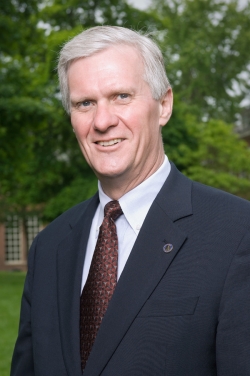