The Cost and Value of Narcan 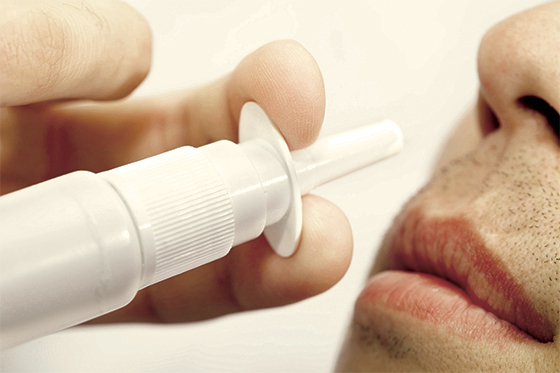 In the midst of the state’s ongoing opioid crisis, the use of Narcan (or naloxone) has proven to be a literal lifesaver. While opioid deaths in the Granite State increased from 163 to 396 between 2012 and 2016, those numbers would likely be higher without the increased access to Narcan. For the same period, Narcan doses have more than tripled, from 877 dosages to 2,793.

To public safety officials, that’s almost 3,000 more times that someone had a chance to turn their lives away from addiction and towards recovery.

But there is a cost to making Narcan available to emergency medical personnel and members of the public, and it’s impacting the budgets of governments, medical organizations and private insurance companies.

The Price
Narcan Nasal Spray is the only FDA-approved nasal form of naloxone, an emergency treatment for opioid overdoses, according to the official Narcan web site. Opioids can cause a body’s metabolism to slow down to the point the person stops breathing. Narcan, which is typically administered by emergency medical technicians but designed to be used by anyone, cancels out an opioid’s effect of blocking oxygen from reaching a user’s bloodstream. Administering a nasal spray dosage of Narcan can swiftly restore breathing, thereby saving a life.

By itself, Narcan is not an expensive drug, officials say. It usually costs between $35 and $100, depending on the dosage system. The most common intranasal device used by emergency service personnel and members of the public is typically a two-dosage package that sells for about $75 at drug stores like CVS, Rite Aid and Walgreens. (Narcan is covered under private and government health care plans.)

But since costs can be a challenge for some, the NH Department of Health and Human Services has used an $800,000 federal grant to provide about 10,000 of the two-dose nasal Narcan kits for free to anyone at risk of an overdose or anyone who’s related to an opioid user. The kits are distributed through social service agencies, treatment providers and recovery organizations that serve those with addictions.

But public safety officials say they’re concerned about the future availability of Narcan. The price of the drug has been rising, says Chris Hickey, an EMS officer with the Manchester Fire Department. “It’s like what happened with the Epi pens,” he says. “As there’s more demand, the price will increase.”

In addition, medical personnel say they are seeing more patients who need stronger doses to be revived. “It’s taking more Narcan to reverse the [opioid] effect,” says Hickey. “Before, you could push a half-milligram of Narcan and see immediate improvement.” Now, his EMS squad has nearly doubled the amount it usually administers, from the NH standard of about 2 milligrams to 3.8 milligrams.

“It’s because of a change in the composition of the [illicit drugs],” he explains. “It’s more potent, or it has a different analog and the street users aren’t used to it.”

That affects the bottom line of the local fire and EMS departments, which are generally owned and managed by the city or town. “Our EMS budget in 2015 for supplies was $20,000 for everything: all medicines, Band-Aids, oxygen, IV supplies,” says Kevin LaChapelle, fire chief of the Franklin Fire Department. “And we spent $2,700 just on Narcan. That’s more than 13 percent of my overall budget.”  This year, LaChapelle added another $3,000 to the medical supply line, most of it related to Narcan and other overdose-related medical needs.

Between December 2016 and this past July 2017, the Franklin Fire Department administered 116 milligrams of Narcan responding to 65 overdose calls, the chief reports. “Prior to 2013, to administer 10 milligrams in a year in Franklin, that would have been done very seldom,” he says.

Price-Plus
And cost isn’t limited to the price of Narcan. When a 911 call brings an ambulance to an overdose victim, the bill can jump to about $1,000, explains Hickey. “That’s just in [vehicle] fuel, maintenance and salaries [of emergency personnel].”

“We’re getting more calls, making more trips,” he notes. “We’re busier than we have been in the past because of the opioid epidemic.” While emergency calls due to overdoses are spiking statewide, only 1.5 percent of 911 calls result in administering Narcan, according to the NH Department of Safety,  up from 0.6 percent in 2012.

In most cases, the person who’s revived with Narcan is brought by ambulance to a local hospital, which can result in more costs. “A lot of these folks will develop other medical issues as a result of their opioid misuse,” says Stawasz. “They can be cardiac, psychological, infections...”

Dr. William Goodman, chief medical officer at Catholic Medical Center in Manchester, says in July, CMC had four drug users being treated with antibiotics for infections related to their opioid use while waiting for heart valve replacement surgery. “When you inject dirty things into your body, you’re going to have infections,” he says.

Often people rely on private health insurance, or Medicaid or Medicare, to pay for such expensive procedures, but opioid addicts are usually financially stressed.

John Marzinzik, president and CEO of Frisbie Memorial Hospital in Rochester, says more than half of his hospital’s overdose patients have no insurance. LaChapelle says the situation is similar in Franklin. “Most of them are not signed up for either Medicaid or insurance.”

Still, Goodman say that the Affordable Care Act and the recent expansion of Medicaid coverage have helped expand access to treatment and rehabilitation services for opioid users.

The Human Toll
Another problem is the violent reactions some have to Narcan because of the instantaneous opioid withdrawal that can happen. Though that’s rare. Mostly it’s a question of whether this is a “see-the-light” moment or not. Some people get it and immediately want to get into some kind of a treatment or recovery program, officials say, and often EMTs, doctors or police officers work to pair the user with a program. In Rochester, police officers who bring a drug user to Frisbie Memorial stay with them in the ER until they meet a counselor.

But not everyone who receives Narcan decides to quit. Some just head home. The general perspective is people with opioid addictions will continue to get dangerously high until something upsets their pattern.

Bottom Line
It’s difficult to connect all the data on Narcan’s role in the opioid crisis. Neither the NH Hospital Association nor the state’s Board of Pharmacy is tracking its use and distribution. The NH Department of Health and Human Services says, as of late July, it has enough Narcan kits from the federal grant to provide for the state’s needs in foreseeable future.

David Mara, NH’s new “drug czar,” says he wants to measure the impact of various efforts to fight the crisis, including Narcan. And Sen. Jeb Bradley, the state Senate’s majority leader, says the Governor’s Commission on Alcohol and Drug Abuse has enough funds to ensure that there’s a sufficient amount of Narcan available for awhile.

Meanwhile, insurance companies like Anthem Blue Cross Blue Shield are keeping an eye on costs and have no plans to alter their current programs. Colin Manning, a spokesman for Anthem, says they are focused on treatment and recovery programs, like “Aware Recovery Care” that it introduced to NH. That program uses a visiting nurse model to help clients learn, in their own home, the skills and daily habits they need to be alcohol and drug free, per the program’s website. “What we’ve been keen on in the last few years is trying to build our capacity [for those options]. And we’ve been very successful in doing that.”

For those on the front lines, there’s much to manage. Narcan costs are only one worry. “There’s no question that it’s impacting the entire health care system,” says Stawasz. 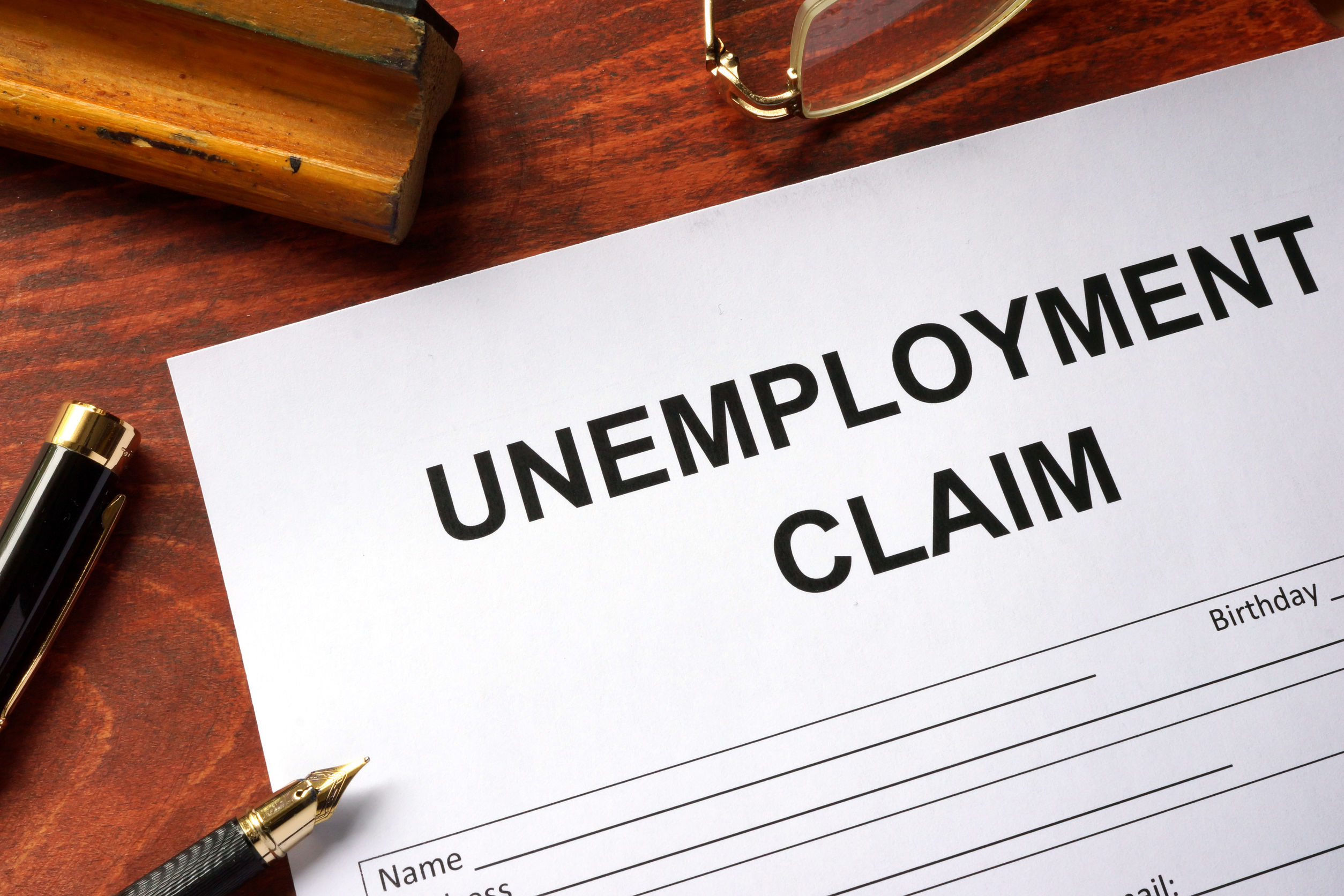