Tech is Hiring for the Cloud

Tech teams will continue to grow in the second half of the year, but finding the right talent won't be easy, according to Robert Half Technology's State of U.S. Tech Hiring research. Of the IT hiring decision makers polled, 67 percent say they plan to expand their teams by adding full-time employees, up four points from the first half of the year. Eighty-nine percent of those surveyed most recently said it's difficult for their company to find skilled IT professionals.

Respondents cited the following skills as immediately needed for their organizations:

"Employers around the country and across all industries are challenged when it comes to growing their teams because of a limited pool of available talent," said John Reed, executive vice president of Robert Half. "In a skills shortage, IT leaders are seeing the benefits of enhancing their teams with project support professionals."

Reed continued, "Whether addressing the sudden departure of a team member, facing growing project requests or filling a skills void on your team, contract professionals can help increase productivity and keep burnout at bay." 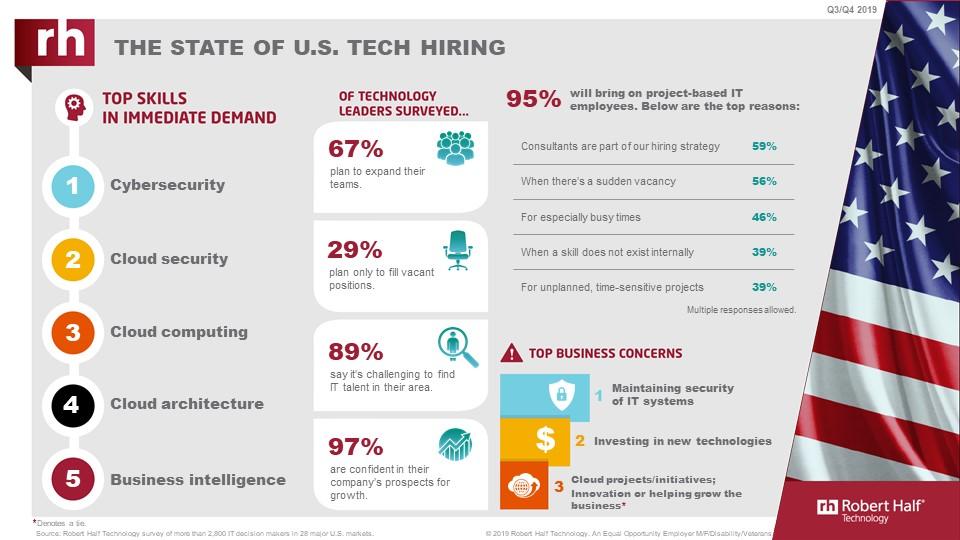 Nearly all IT leaders (97 percent) noted they are confident in their company's prospects for growth in the second half of 2019.

Besides recruitment, top priorities for tech managers in the next six months include maintaining security, investing in new technologies, innovation and cloud projects.

Industries planning to expand IT teams by adding new positions through the end of the year ranked as follows: construction; business services; banking and financial services; energy, utilities, oil and gas; finance; retail; and healthcare.

About the Research: The online survey was developed by Robert Half Technology and conducted by a leading independent research firm. The biannual report is based on responses from more than 2,800 IT decision makers in 28 major U.S. markets. Respondents were screened to have hiring authority for the information systems or information technology department of a company. 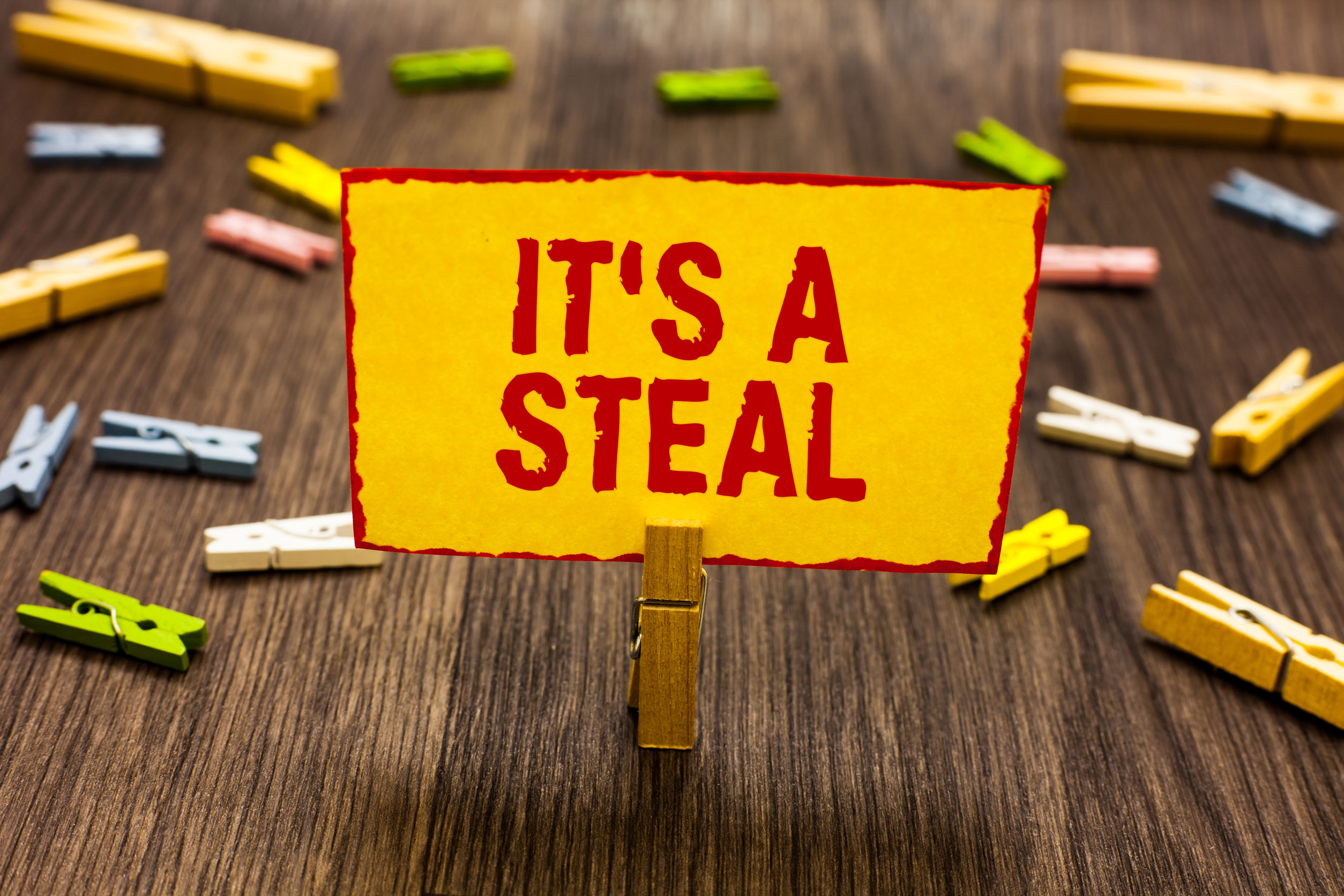 Donât Add a Fraudster to Your Staff 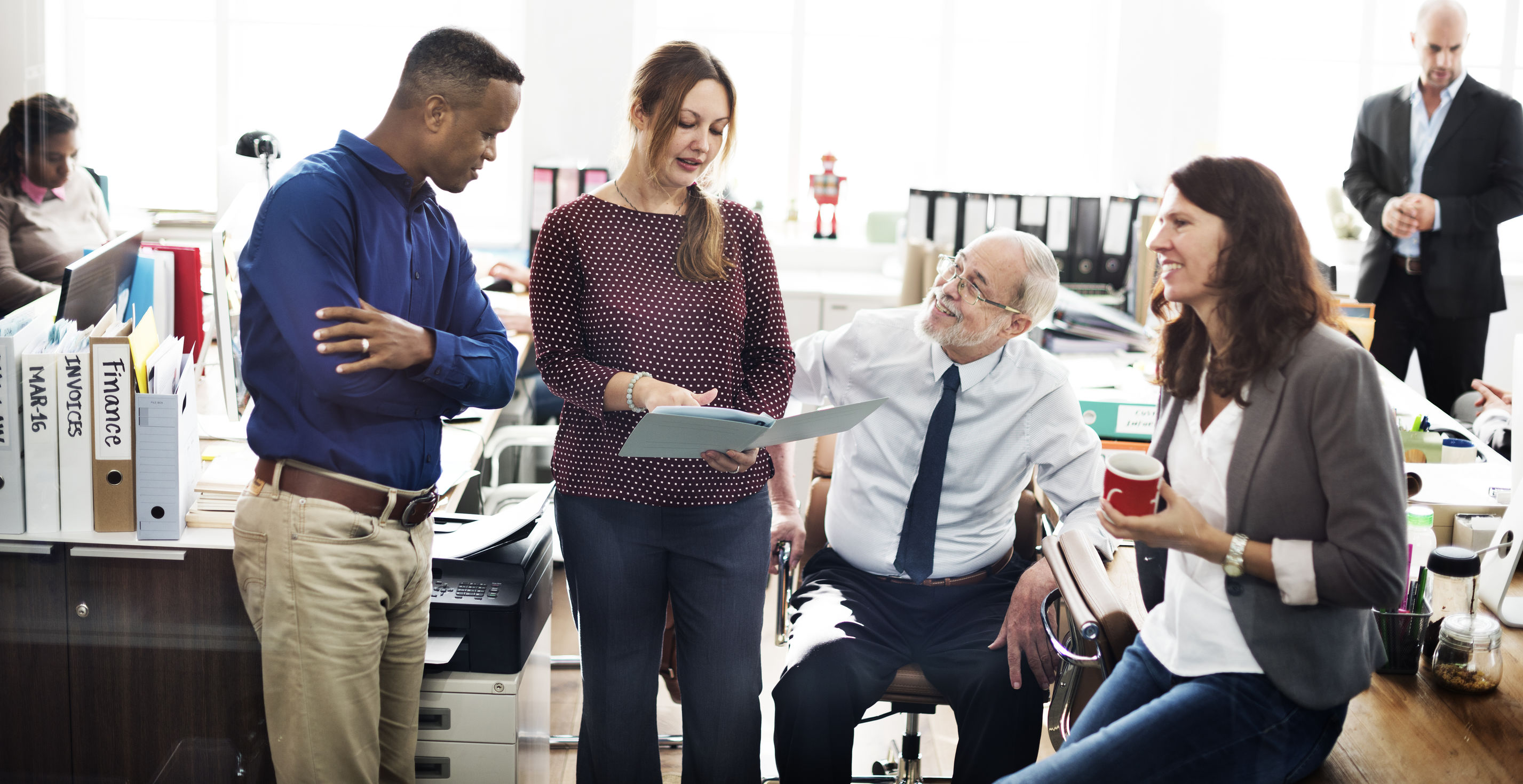 Keep Your Sales from Running Out of Gas