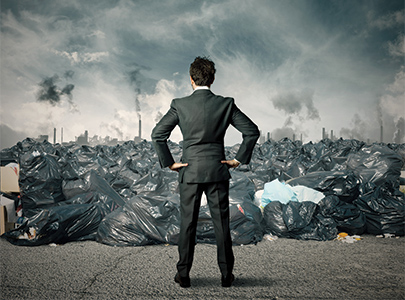 It’s no big surprise to commercial real estate developers and investors that the risk of environmental liability and the high cost of cleaning up a contaminated property makes redevelopment of Superfund sites less than enticing. The Environmental Protection Agency (EPA) has struggled with this problem for years—how do you incentivize the expansion, reuse or redevelopment of abandoned and under utilized contaminated property, also known as brownfields?

The EPA’s initial attempt to overcome this obstacle began in 1995 with the inception of the Brownfields Program, which was launched in 2002 with the passage of the Small Business Liability Relief and Brownfields Revitalization Act. The act was designed to empower states, local communities and other stakeholders, like commercial real estate developers and lenders, to work together to redevelop brownfields and put them back into use.

The federal program provided incentives for brownfield redevelopment, including assessment and cleanup grants, revolving loan funds, job training and certain liability protections for those purchasing properties known to be contaminated. Some state programs, like NH’s Brownfields Covenant Program, began to provide additional liability protections for the voluntary cleanup of the sites by those that did not cause or contribute to the site’s contamination.

Excluded, however, from the brownfields incentives program were sites on the EPA’s National Priorities List (NPL)—sites of national priority with known or threatened releases of hazardous substances, pollutants or contaminants that may endanger public health or the environment and warrant further investigation. These sites, known as Superfund Sites, are eligible for extensive long-term cleanup action under the federal Superfund program.

As a result, cleanup of the dirtiest sites relied on funding from the federal government, the responsible party and taxpayers. While the Superfund law was originally well intentioned, the decline of federal funding and the fact that numerous responsible parties were unable to pay their respective portions have frustrated cleanup efforts and future redevelopment of these properties.

Revitalizing the Superfund Program
EPA Administrator Scott Pruitt convened a special task force recently to provide recommendations on how to revitalize the Superfund program by restructuring the cleanup process. The task force focused on realigning incentives for parties involved in Superfund sites to expedite re mediation, reduce the burden on cooperating parties and incentivize private investment in cleanups. The task force completed its work on July 25 and released a report providing 42 recommendations, organized into five overarching goals, to streamline and improve the Superfund program.

Included as recommended incentives for commercial real estate developers and lenders are: Using alternative and non-traditional approaches for financing site cleanups via Environmental Liability Transfers; the possible use of EPA comfort/status letters in which the EPA can address prospective purchasers’ concerns by providing information about the status of the property and the EPA’s enforcement discretion; better explanations of the potential environmental liability a purchaser assumes when buying a property with pre-existing environmental contamination; developing new settlement approaches and revising model settlement agreements in which the EPA provides liability relief in exchange for payment and/or cleanup work; and addressing liability concerns of local governments by developing new local government enforcement guidance.

The task force’s recommendations sound a lot like our old friend the brownfields Program. That’s because the underlying problem remains the same whether the property is just dirty like many brownfield sites or really dirty like the NPL sites. Incentivizing developers and lenders to take on the expansion, reuse or redevelopment of highly contaminated property without removing most of the risk and providing funding for the inevitable high cleanup costs is, in most cases, a non-starter.

Clearly EPA sees the benefit from the third party cleanups performed under the brownfields incentives program and, as a result, is attempting to model the new recommendations to provide similar incentives. However, despite the good progress made in cleaning and redeveloping many sites under the Brownfields Program, many stakeholders agree, liability protections in federal and state laws have not gone far enough to alleviate the risk to warrant taking on many of the dirtier brownfield sites. Simply lessening the effect of owner/operator liability on the transfer and redevelopment of contaminated property, like the brownfields incentives, rather than actually modifying liability just doesn’t cut it for these major sites.

EPA has to do more than mimic the Brownfields Program through incentives, policies and guidance in implementing the recommendations. Such actions will likely not be enough to entice redevelopers and lenders to take on these major sites. Assurances against future and lingering liability, which will likely include statutory and regulatory changes, are needed.

Attorney Lynn Preston is a shareholder and chair of the Environmental and Energy Practice Group at Sheehan Phinney Bass + Green in Manchester. She can be reached at 603-627-8362 or lpreston@sheehan.com.