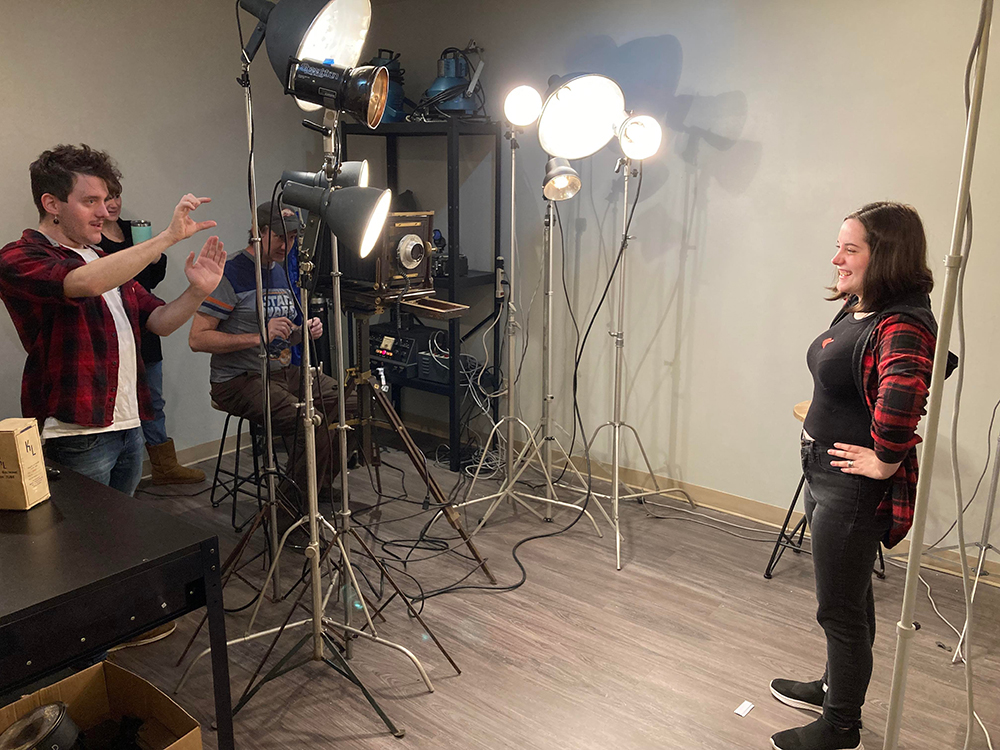 Right: Co-owner Jason Lane, seated at the camera, photographs a model in the studio. Courtesy photo.

After growing Pictoriographica, a dry plate photography business founded in 2017, beyond the confines of his basement, Jason Lane decided to launch Photo Retro in Amherst, with co-owner Max Affleck, to provide a home for fans of film.

Lane says the film photography market bottomed out around 2007, as cameras on cellphones became ubiquitous. But then the market started to creep back. Today, the big manufacturers of film, such as Ilford and Kodak, can’t keep up with demand, he says.

“There are more people shooting film than you would think, and a good slice of them are millennials and younger folks tapping into ‘what’s old is new,’” says Lane. “They have the option of digital, but many choose film. The results are the same, but it’s more process intensive, there’s more anticipation. You don’t get that instant gratification and don’t mind waiting for the results.” 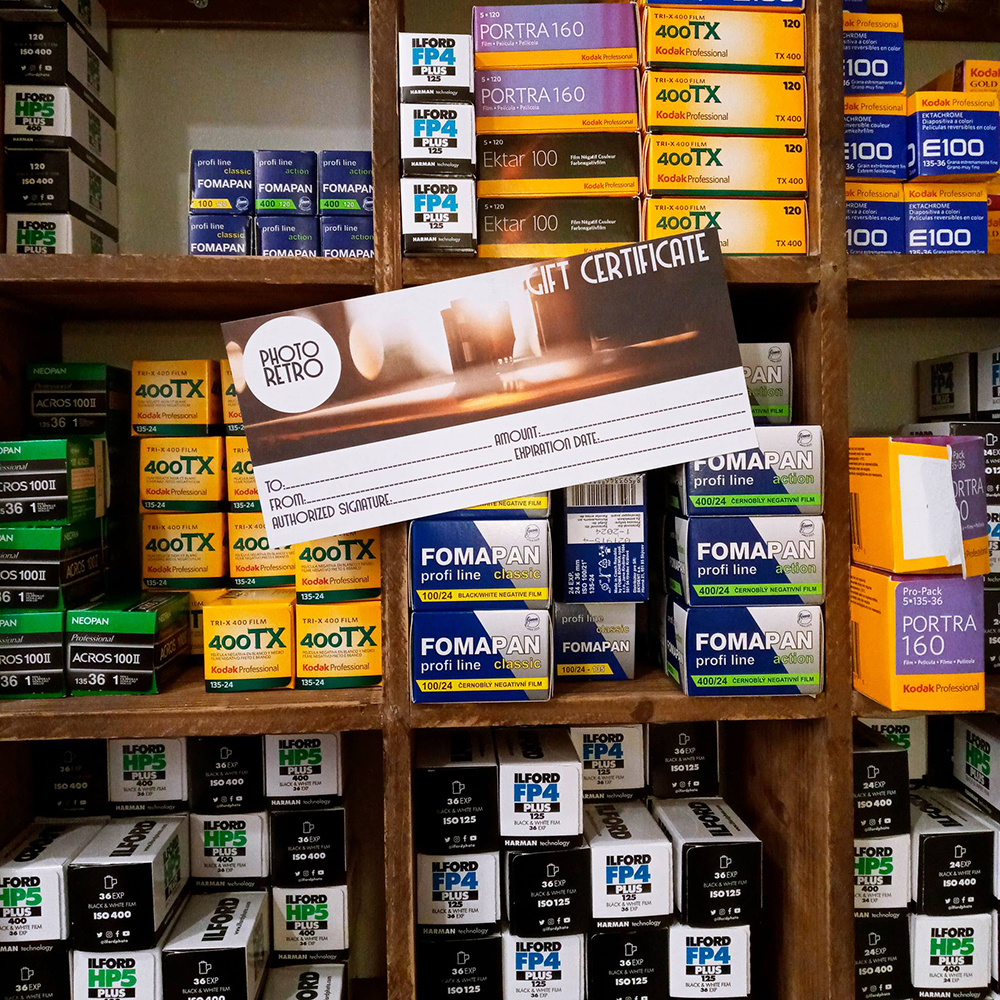 A selection of film and gift certificates available at Photo Retro. Courtesy photo.

Lane says some wedding photographers rely on film and some couples even request it. “In the pre-digital era, if you knew your tools and could trust them, all you had to worry about was people closing their eyes, so you shoot twice,” he says.

Lane points out that oil painting never went away when photography came around, it’s just another medium. “I had younger folks come in, even some who hadn’t shot film before, and had no idea where to start,” says Lane. “They come in and take the basic workshops. I also have interest from highschoolers whose darkrooms may have closed or who want to bring the photography club in.”

Photo Retro is open Friday through Sunday from 10 a.m. to 7 p.m. though Lane says hours will expand. 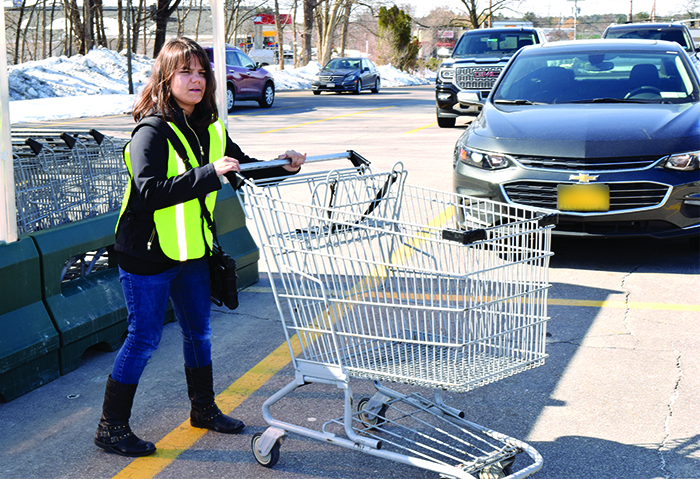 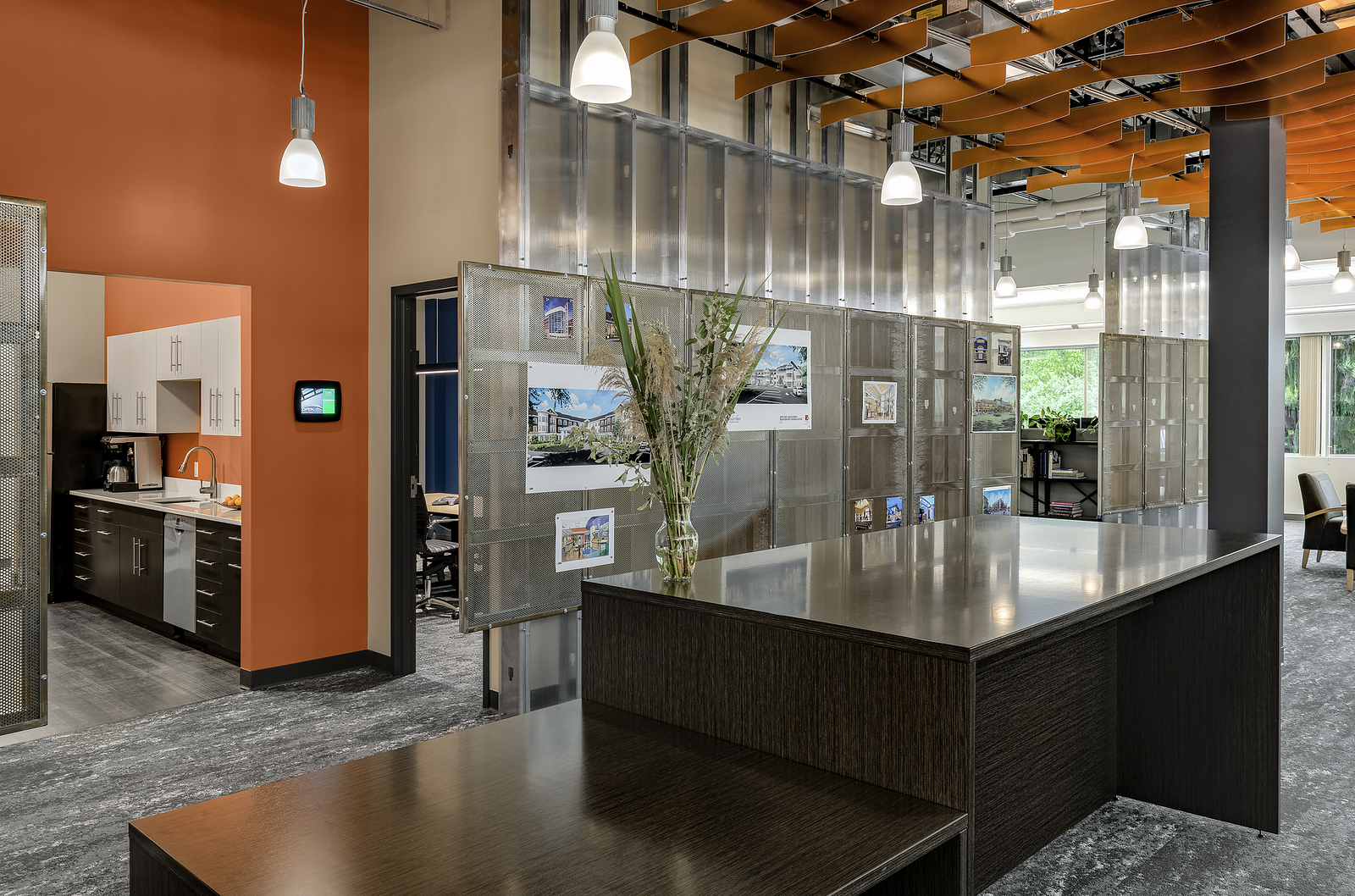