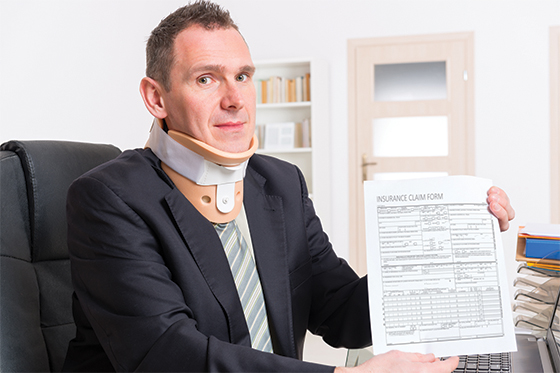 The cost of workers’ compensation insurance in NH is the 12th highest in the nation, according to the 2014 rankings issued by the Oregon Department of Consumer and Business Services. Worker’s Comp premiums in the Granite State are 18 percent higher than the national median, while our Bay State neighbors to the south pay 37 percent less, on average, than the national median.

So why are our costs higher than many other states? The answer is medical fees charged in NH and the lack of regulation over what those fees can be. Those higher costs are then added to the cost of goods and services, making employers less competitive with those in other states.

Workers’ compensation insurance, funded by employers and regulated by the state, covers medical bills and replaces lost wages for an injured employee when a work-related injury occurs. While mostly focused on the well-being of employees, the workers’ compensation system also protects employers from expensive litigation when injuries occur on the job.

Workers’ compensation insurance has long been a battleground where workers, employers, organized labor, medical providers, insurers and lawyers all fight to tip the scale toward one group or another. It is a constant struggle for balance.

Medical Costs
The cost of treating work-related injuries in NH has been the most recent insurance-related conflict in the State House pitting employers against health care providers. The state is only one of seven in the nation that has no Physician Fee Schedule, a regulation that sets pricing for most health care procedures and services. Such schedules establish usual and customary fees that are aligned with national norms and help keep workers’ compensation costs competitive with other states.

The National Council on Compensation Insurance notes those same conditions led the cost of work-related medical claims in NH to climb 21 percent between 2007 and 2014, a rate of medical inflation greater than any other state in the region due to the lack of reasonable regulation.

An attempt to establish a physician fee schedule was thwarted in the State House in 2015. A legislative compromise did switch the burden of proof for medical pricing onto the health providers instead of the insurance carriers. Despite a partial victory, it would seem employers and the economy would benefit from a fair medical fee schedule closer to the national average. Savings from workers’ compensation costs often allow employers to increase wages, reduce debt or invest in expansion, according to the MEMIC Group, a specialist in workers’ compensation insurance with offices in Manchester.

While most people are covered by employer group benefit plans where insurers can negotiate lower procedure fees within their networks, workers’ compensation works differently as they cannot negotiate fees with medical providers. This means providers charge what they wish. Providers must now prove reasons for their pricing, but this still creates opportunistic pricing.

Safety
The best way to control workers’ compensation costs is to prevent work-related injuries. It appears that NH employers and employees have been successful at this in recent years, which has contributed to a modest drop in premiums. According to a report by the NH Division of Public Health Services, nearly every measure for work-related injuries (hospitalizations, emergency room discharges, lost time injuries) has steadily declined since 2000. Creating and sustaining a workplace culture of safety and mutual responsibility will keep those positive trends heading in the right direction.

Fraud
Improperly classifying independent contractors is one way some businesses commit fraud related to workers’ compensation. In competitive bidding, some businesses use subcontractors who claim to be independent and, therefore are not subject to workers’ compensation insurance requirements. Stripping out those overhead costs for workers’ compensation insurance can be the difference between winning and losing a contract. But to be a true independent contractor in NH, the individual has to meet all seven parts of the state’s predetermination test, criteria that are posted on state’s Department of Labor web site (www.nh.gov/labor). Skirting the explicit intent of the state’s subcontractor laws is unfair to those who play by the rules.

Another unfair practice is purposefully misclassifying job positions. For example, saying that certain employees are in low-hazard jobs when in fact they are performing riskier work is not only unfair but also underfunds the workers’ compensation system. The costs of misclassified employees gets shifted to honest employers.

The vast majority of work-related injuries are legitimate, but a few people take unfair advantage of the system by filing fraudulent claims. Though many claims begin with legitimate injuries, the opportunity to collect benefits while working on the side or not returning to work simply is too tempting. There are online videos of people dancing while claiming they can barely stand; moose hunters hoisting the rack of their trophies while claiming debilitating shoulder injuries; people working construction and being paid under the table while collecting workers’ compensation benefits. Their deceit is extremely expensive for employers. The National Insurance Crime Bureau says workers’ compensation fraud perpetrated by employers, employees and providers amounts to $7.2 billion annually across the United States.

Solutions to Control Costs
There are strategies employers can use to control workers’ compensation costs:

· Research health providers you trust to care for your employees and recommend them to injured employees for their care. New Hampshire employers are allowed to guide employees to preferred providers but cannot mandate their use. Also, review all medical costs and challenge those that appear too high.

· Refocus attention on safety by addressing high frequency and high probability injuries. Muscle strains and repetitive stress are leading causes of workers’ compensation claims. Train employees on correct use of equipment and make safety a top topic at employee meetings.

· Be sure injured employees have a reasonable and certain plan to return to work. Employers that pay more than $4,500 annually are experience rated, a calculation that indicates if an employer is better or worse than average within their industry when it comes to workers’ compensation claims. If an employer’s experience modification factor, or “mod,” is .85 out of 1, they will pay 15 percent less than the standard rate. An experience mod of 1.25 means the employer will pay 25 percent more than the standard rate. The longer employees are out of work while collecting workers’ compensation benefits, the greater the adverse impact their absence will have on the employer’s experience modification factor. Ignoring return-to-work opportunities can result in tens of thousands of dollars in added insurance premiums for several years.

· Review all open workers’ compensation claims with your insurance agent at least six months prior to the annual calculation of the experience modification factor. Insurance companies routinely review and adjust their loss reserves on claims. An experienced agent can identify opportunities to reduce loss reserves by talking with claim adjusters.

Workers’ compensation is part of our social contract to protect employees and employers from the financial hardship of work-related injuries. Everyone needs to be sure the system is both fair and affordable for the benefit of all the stakeholders and for the sake of the state’s economy; no thumbs on the scale. Remember that your insurance agent gets paid to advise and intervene on your behalf, so put him or her to work.

Bret Cote is vice president of Clark Insurance in Manchester. The firm also has offices in Massachusetts and Maine. For more information, visit clarkinsurance.com.

NH's Public 100: Hanging on Through the Market's Wild Ride