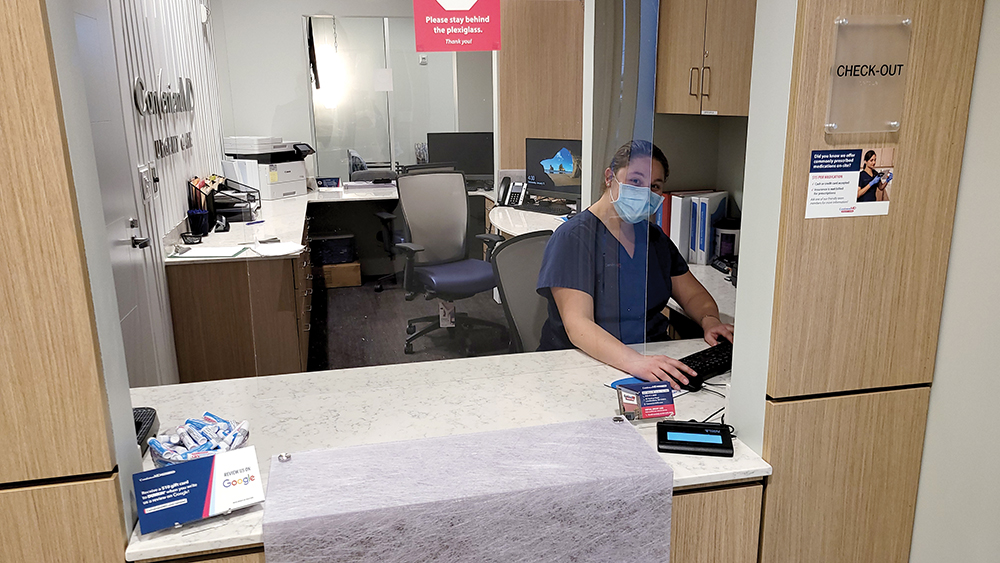 When they first entered the scene in NH roughly a decade ago, urgent care clinics were an industry disruptor, offering affordable ambulatory care for less serious medical issues. Now, as clinic chains have opened dozens of locations, company leaders say the region is reaching its saturation point. Now, as competitors adapt, many see virtual urgent care as the way forward, including delivering addiction and mental health services.

ConvenientMD President and Chief Medical Officer (CMO) Mark Pundt, MD, says urgent care clinics are more malleable and able to quickly adjust to a shifting health care landscape, and that agility can be seen in how quickly urgent care clinics have spread across the region.

Urgent Care Boom
ConvenientMD opened its first clinic in the Granite State in 2012. Before that, Pundt says there were almost no urgent care clinics in the state. By 2016, there were five clinics in NH. After opening a facility in Londonderry at the start of this year, ConvenientMD now has 12 clinics statewide and another planned for Manchester in November.

By 2017, they expanded into Maine with six clinics and a seventh planned to open in December. And in 2018, they expanded into Massachusetts, with 11 clinics and another one planned for September. In total, they will have 32 centers open by the end of this year, with eight to 10 more clinics planned for the following 18 months, Pundt says. “That saturation is now occurring, as you can imagine, with the growth of other competitors in the marketplace,” he says.

ClearChoiceMD, another urgent care company, opened its first clinic in NH in 2014 and had four centers within two years.

By early 2022, they will have 12 clinics in NH, according to ClearChoiceMD’s President and CMO Marcus Hampers. They also have four clinics in Vermont, one in Maine and another due to open in North Adams, Mass. 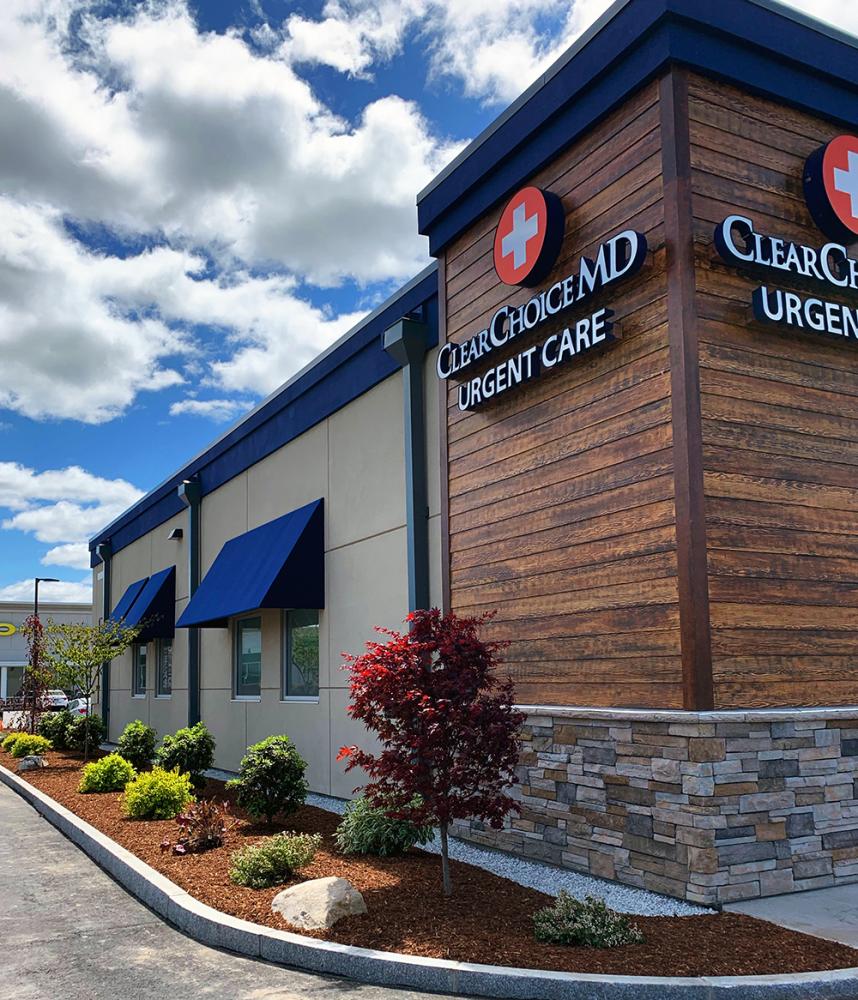 Hampers says the demand for urgent care centers is driven both by patients who want lower cost options and the hospital emergency departments that are over capacity with acute cases that can be treated in an alternative setting.

As a result, our emergency departments are overwhelmed with cases that don’t require a high level of intensive care,” Hampers says. “Urgent care centers offer the right combination of affordability, flexibility and quality to ensure that patients can get the care they need whenever they need it.”

Relieving ERs is a common calculus for opening various types of walk-in clinics. New London Hospital in New London, which is part of Dartmouth-Hitchcock Health with 24 ambulatory clinics across NH and Vermont, is converting two ambulatory suites into one 2,400-square-foot “express care” clinic, which is expected to reduce its hospital emergency patient visits by 10% to 12%, says President and CEO Martin Thomas Manion.

Manion says it will screen patients, treat them for things like sprains and sore throats for a lower cost and, if needed, transfer patients to the regular ER in the same building to treat more critical symptoms.

Catholic Medical Center in Manchester opened its first standalone urgent care clinic in Bedford about 10 years ago,
according to spokesperson Lauren Collins-Cline. In 2019, they partnered with ClearChoiceMD to open ClearChoiceMD/CMC Urgent Care centers in Hooksett and Goffstown.

“The appeal of urgent care is significant, both to patients and to providers. Urgent care helps us meet the patient where they are,” Collins-Cline says. “From the hospital’s perspective, urgent care has struck that balance between giving patients care for urgent medical needs while reserving the emergency department for more serious medical conditions and traumas.”

Littleton Regional Hospital in Littleton is also partnering with ClearChoiceMD to open an urgent care center in Lincoln. On Aug. 2, it purchased land and expects the newly built center to be open by early 2022.

SolutionHealth, the parent organization of Elliot Hospital in Manchester and Southern NH Health in Nashua, operates three urgent care centers in Bedford, Manchester and Londonderry as part of the Elliot Health System. It also operates four “immediate” care centers in Nashua, South Nashua, Pelham and Hudson as part of Southern NH Health. SolutionHealth spokesperson Dawn Fernald says they define immediate care as situations where a patient needs to see a provider right away for less serious, non-life-threatening issues and can walk in without an appointment.

“Urgent care is similar, but better-equipped to also handle more serious conditions but still be able to treat non-life-threatening needs as well,” Fernald says. “The ability to offer urgent care also provides a way to support the care needs in our emergency departments across our campuses. The Elliot has the busiest ER in the state, and Southern is not far behind.”

For Pundt, ConvenientMD’s mission has always been to “revolutionize” their patient experience. Lowering costs for patients and payers is a strong driver for the success of urgent care companies, but focusing on what patients want in the qualitative sense is also a key differentiator in a market dominated by institutions that often focus on providers and outcomes. “That’s evolving in medicine, but it’s not yet a prevalent theme,” Pundt says.

Aside from lower costs, he says patients want options, better access to their health care and a more customer-friendly experience overall. Efficiencies that lower costs also help to speed up the throughput at clinics, Pundt says.

And that volatility in patient traffic is being felt by everyone. This May saw the closure of two walk-in clinics affiliated with Frisbie Memorial Hospital, which is owned by Appledore Medical Group. In a statement, the company says it was responding to the situation on the ground.

“Our focus is to ensure residents of this area have access to the care they need, and we will continue to adjust our operations to meet those needs. Earlier this year, after reviewing our operations and the community use of our urgent care clinics, Appledore Medical Group consolidated walk-in clinics at White Mountain and Barrington with our primary care practices (which shared offices in those locations).” A spokesperson says their primary care providers still offer same-day appointments for illness and injury care.

ConvenientMD has grown rapidly over the past nine years. It currently has about 1,200 employees. By yearend, it expects to have seen about 700,000 patients across its network. That’s up from 500,000 last year (though visits plummeted a few times due to stay-at-home orders) and 250,000 in 2019. Pundt declined to share revenue figures.

One of the most significant lines of service in the works at ConvenientMD is “advanced primary care,” which essentially packages all of the clinic’s existing services with a new primary care service. The hope is to be reimbursed by the payers as a value-based service, as opposed to the current fee-for-service model, so that it would be covered under a patient’s insurance.

When it launches, it could be seen as a gauntlet thrown before the small practices and hospital-owned primary care networks. So far, the urgent care clinics have coexisted with hospitals, which benefit from the alleviated burden on their emergency departments. There hasn’t been much overlap between urgent care and primary care.

“[Urgent care] will never take the place of primary care, where a provider builds a relationship with their patient, but it accommodates the busy lives people have and the medical issues that can arise suddenly,” Collins-Cline says.

There’s also the doctor shortage to consider. Pundt says clinics compete for nationally scarce primary care physicians by offering competitive pay and a focus on medicine rather than the administrative burden of running a business, as many primary care doctors must.

Virtual Urgent Care
An even more significant addition to urgent care is telemedicine. Some companies, like ClearChoiceMD, are providing telehealth services through the clinic-patient relationship. Others like ConvenientMD are developing that same infrastructure in-house.

Dartmouth-Hitchcock Health is doing a hybrid approach. D-HH Virtual Urgent Care, which launched in April, allows patients access to in-house providers virtually, while supplementing that staff with providers from MDLIVE, an online service that provides doctors, therapists or psychiatrists through one’s phone or computer, or MDLIVE’s mobile app.

“There’s been exponential growth in the telehealth space. It was originally seen as a health care disruptor,” says James Ebert, D-HH Virtual Urgent Care’s medical director. “Particularly with the pandemic, it has become really mainstream and has been a means to really add another access point for care that has added high value and significant efficiency, with cost prevention, cost containment, with sustained high quality and significant patient satisfaction.”

Mary Lowry, the administrative director of Dartmouth-Hitchcock Connected Care, says D-HH started developing its suite of acute telemedicine services in 2012, with the majority of its subsequent growth happening in the past five years. “From the business perspective, it’s a really efficient way for hospitals to obtain specialty services,” Lowry says.

Pundt says ConvenientMD is piloting its own virtual urgent care program for behavioral health and other services. He says the company launched it at the beginning of the COVID pandemic, and it accounts for about 8-10% of its business. “It has excelled since that time. It’s been very successful for us,” Pundt says.

About 80-85% of ConvenientMD’s business is still derived from true urgent care services—episodic, unanticipated care for illness and injury. About 5% comes from workers comp care, and another 2-3% is for occupational health and pre-employment evaluations like drug tests and physicals.

Pundt says the plan is to expand its virtual behavioral health program to initially support the ConvenientMD clinic patients.

“In New England, we are the only urgent care company that is looking to provide behavioral-health-specific care in this way,” Pundt says. When that expansion is complete, Pundt says ConvenientMD virtual behavioral health will represent a significant portion of the business.

The company will have some help with that expansion. In May, private equity firm Bain Capital Double Impact, which focuses on “social impact” investment, announced it invested in ConvenientMD to support its strategy of geographic reach and new lines of service, such as value-based primary care. Financial terms were not disclosed. Pundt was unable to share how much was invested but says private equity getting involved in the expansion and consolidation of urgent care is an ongoing trend in the industry nationwide. 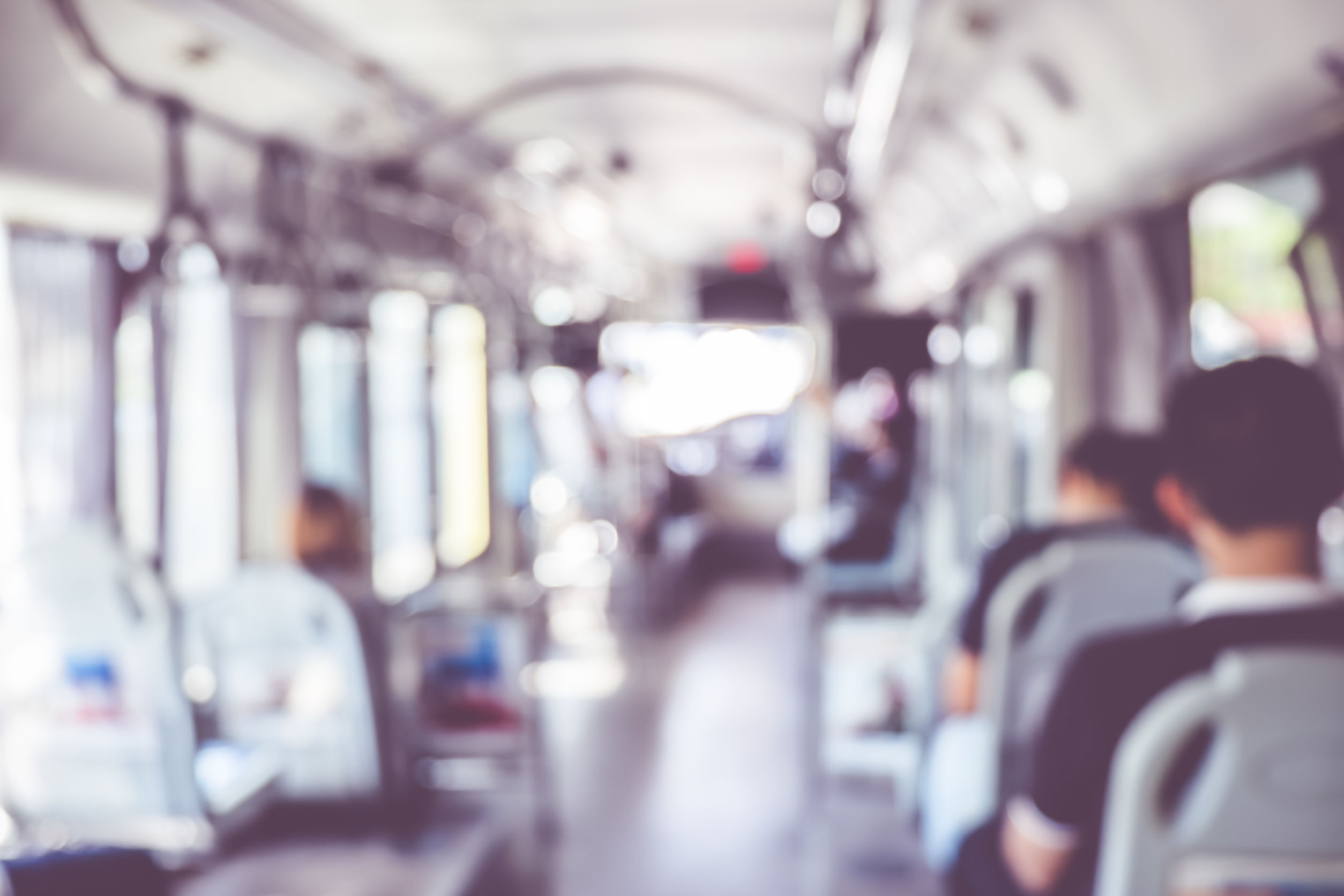 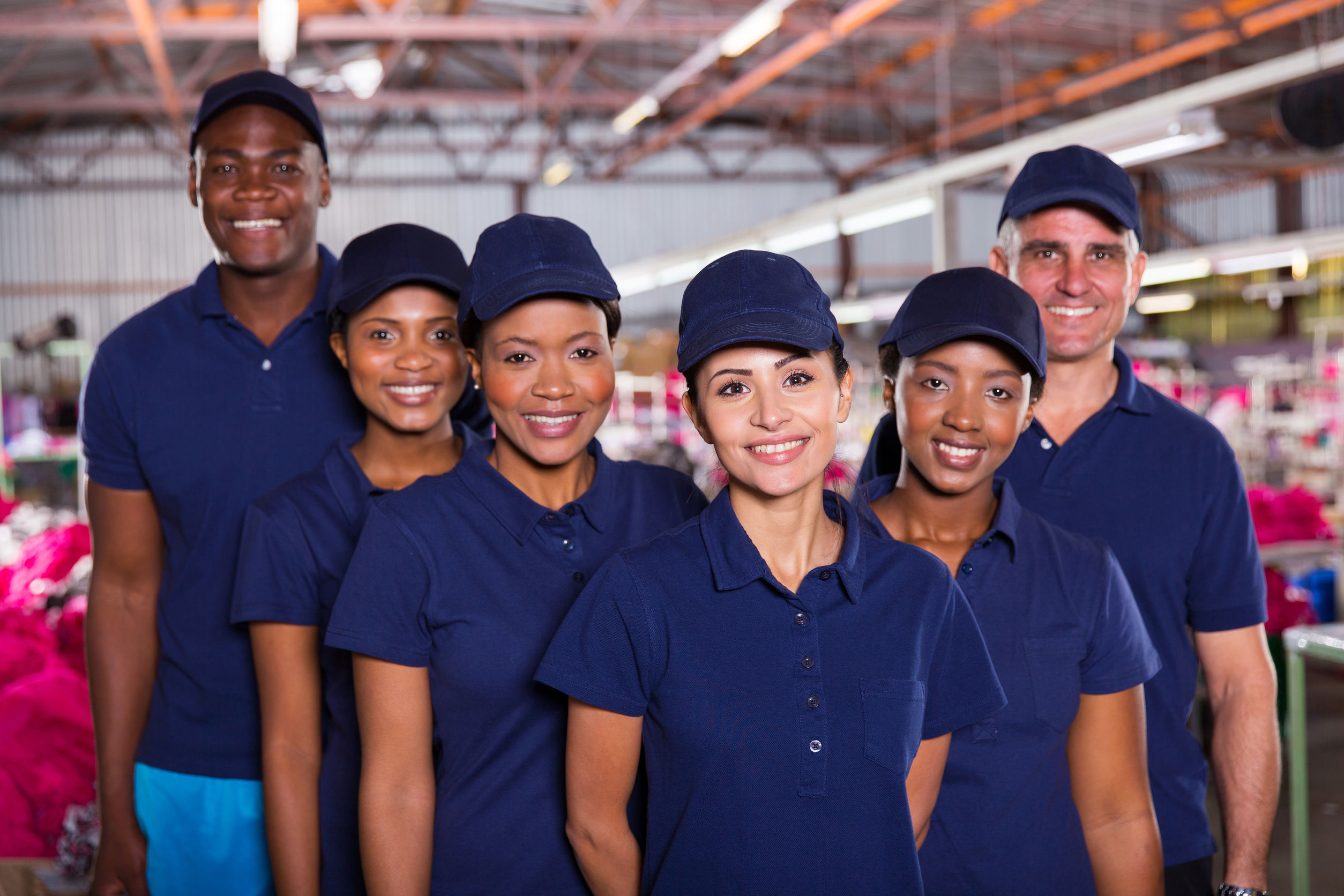