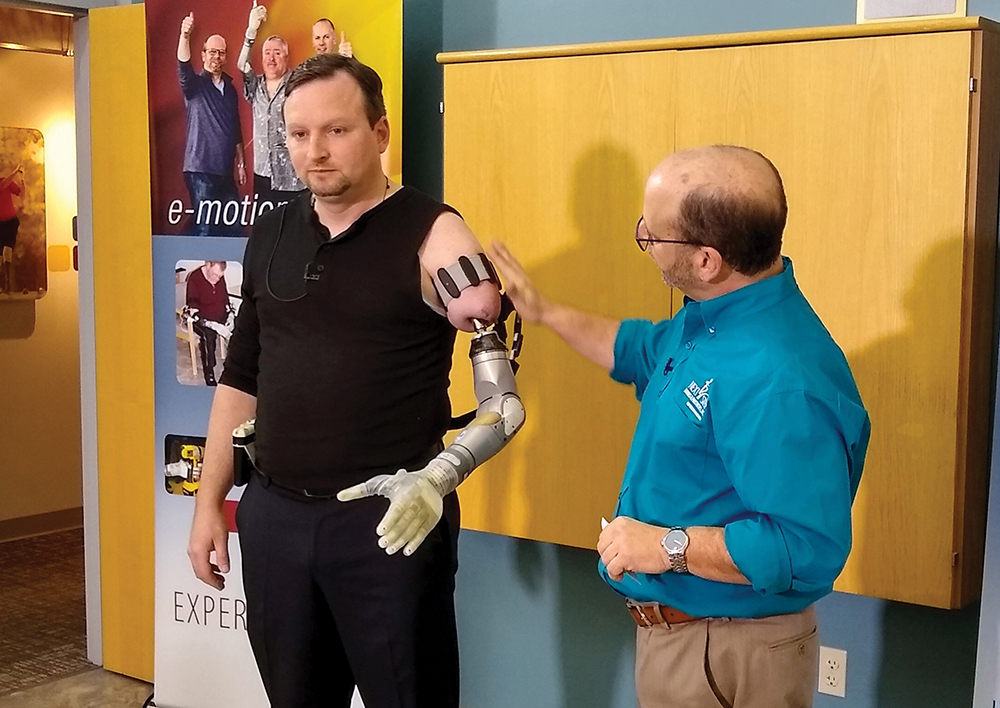 Next Step Bionics & Prosthetics in Manchester hosted a public demonstration in December of the first patient to undergo osseointegration of the LUKE arm, which connects the prosthetic device to living bone and, with specialized surgery, allows it to be controlled by muscle movements in the remaining limb.

The LUKE arm is a modular prosthetic arm developed by DEKA Research & Development and now manufactured by Mobius Bionics, which are both located in Manchester’s Millyard along with Next Step, adding to the city’s reputation as a biotech hub.

The LUKE arm advances the science of prosthetics for its level of intuitive control that more closely recreates human motion with an artificial limb. Osseointegration—connecting a socket to the bone (similar to a dental implant)—makes attaching the device by a patient post-surgery a simple process.

The targeted muscle reinnervation (TMR) surgery allows the wearer to control the arm with their thoughts, just as they would a real limb.

“I’ve been in the [prosthetics] field for 30 years, and this is the most exciting day of my career without a doubt,” says Matt Albuquerque, president and founder of Next Step.

Junius Moore, the first patient to undergo osseointegration with a LUKE arm, showed off the results at the December presentation at Next Step, which fitted him with the prosthetic. The 35-year-old restaurateur from North Carolina, originally had TMR surgery by Dr. Albert Chi at Oregon Health & Science University and was using the LUKE arm with pattern recognition. However, the traditional socket design was not working for him due to the heat in North Carolina and working in a kitchen environment.

His research led him to look into osseointegration and, eventually, to Dr. Munjed Al Muderis in Australia, a pioneer in the surgery, which is not FDA approved and therefore not available in the U.S.

The LUKE arm has foot controls to guide its movements for people without the osseointegration surgery.

Moore says while those controls were a great advancement for prosthetics, he would have to stop and direct the arm movement and then keep going. “I can do this as I go,” he says of his new ability to control the arm as he would any other part of his body. 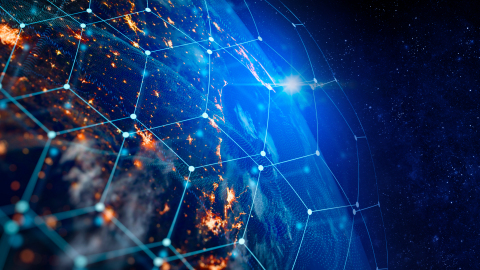 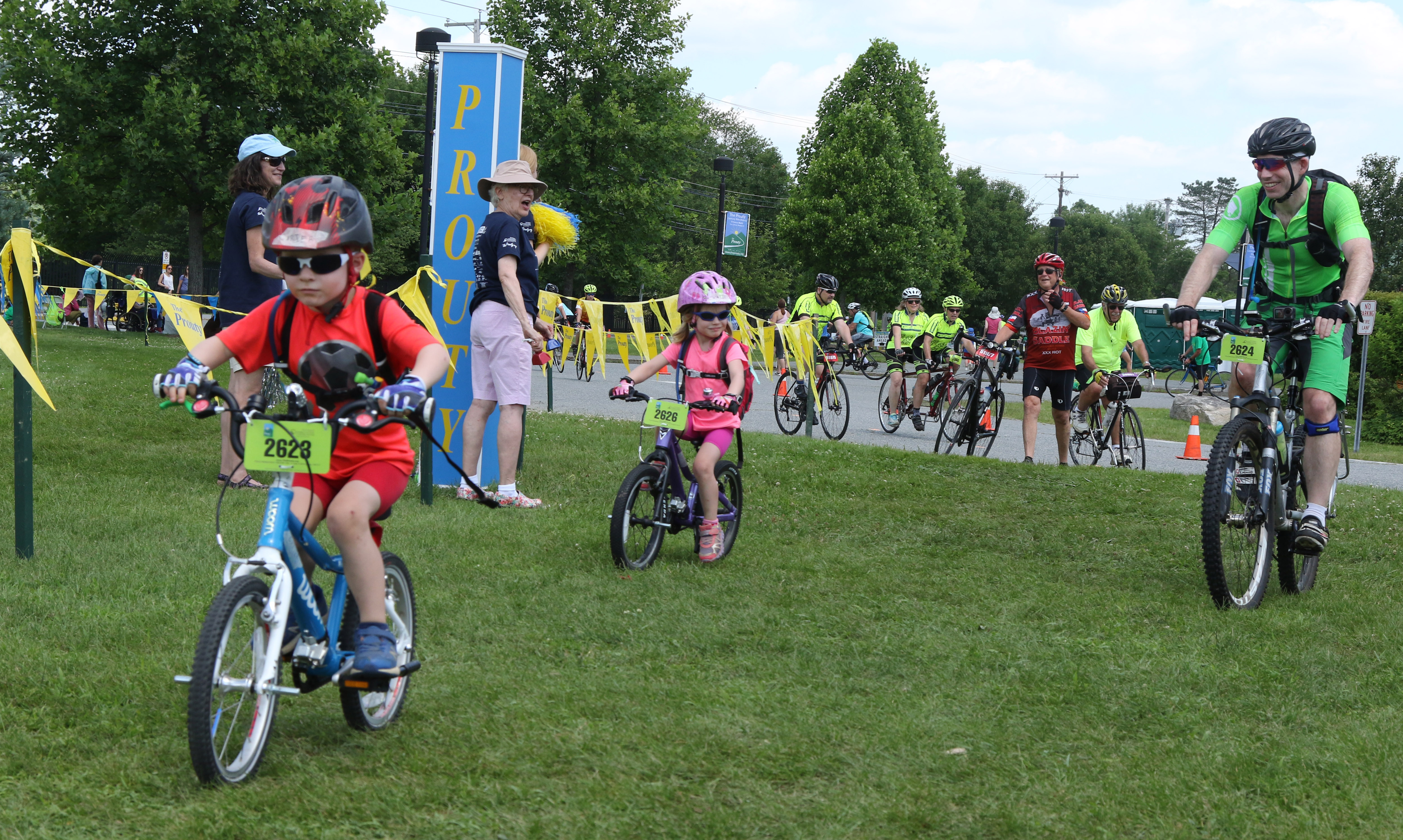