How You Feel about Money Affects Your Wealth

Although we live in the richest and most advanced society the world has ever known, many of us say we need more money in order to be happy.

“Even some of those in the top percentile of earners often feel like they don’t have enough money,” says Douglas Vermeeren, (www.DouglasVermeeren.com), an international speaker who consults with celebrities, business executives and professional athletes. “The math is simple: More money does not equal more happiness. It’s our attitude toward money, not the amount, that influences our happiness the most.”

Happiness researchers Elizabeth Dunn and Michael Norton, professors at Harvard Business School, recently published research indicating that it’s not money that makes people happy, nor the things people buy with it. Rather, it’s experiences that ultimately account for happiness.

“How you experience your money on a day-to-day basis is what matters,” Vermeeren says. “If the software running in your brain is constantly reinforcing the message, ‘it’s not enough,’ then that is likely how you will see yourself and experience your life – as not enough,”

• We are all entitled to a certain amount of  wealth: The feeling that we deserve or are owed a certain amount of  wealth will always make us unhappy with whatever we have. While we are entitled to certain human rights, those do not include a winning lottery ticket. In reality, we are not owed anything and, in fact, should count ourselves lucky if we’re able to meet basic needs. Many in the world are not. More of us, however, would be happier simply appreciating what we have.

• The result of our labor is money: Money is a means to an end, not an end in itself. This can be a challenge to keep in mind since so much of our lives are spent in the pursuit of money. We work and go to school to support ourselves and our families. We see things we  want, and we know we need more money for them. Study after study shows, however, that what really makes us happy is what we do and who we do it with, and not how much money we spend.

• We’ll be happiest when we finally reach our  goal: We are happiest when we are progressing toward a goal. When we lose sight of our goal, veer off the path toward our goal, and even achieve our goal, we’re less happy. Rather than setting one goal and deciding you will be happy when you meet it, you’ll be most happy if you continually set goals  and relish your journey toward them.

Doug Vermeeren is an internationally renowned public speaker, author, movie producer and director. His life coaching strategies help those from all walks of life, with clients including business executives, celebrities, professional athletes and more. Throughout the past decade, Vermeeren has conducted extensive research into the lives of more than 400 of the world’s top contemporary achievers, making him a sought-after commentator on news outlets including ABC, FOX, CNN and more. His documentaries include the award-winning film, The Opus, which has been published by Random House as a book in 23 countries. Vermeeren’s latest film, The Gratitude Experiment, received critical acclaim. 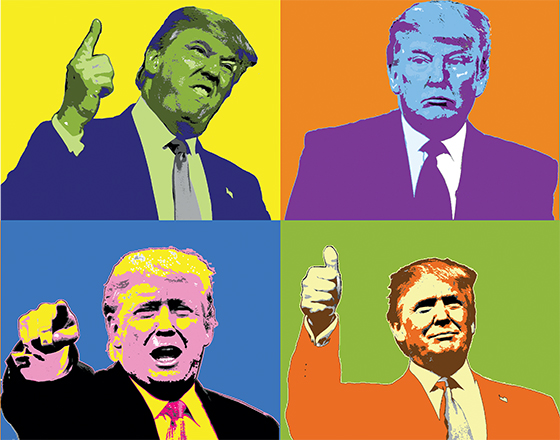 Trump: The Good, the Bad and the Ugly