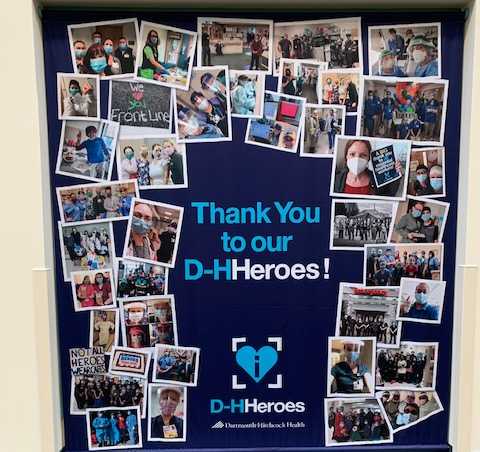 Dr. Phil Adamo knows what it’s like to feel burned out. He dealt with burnout earlier in his career, an experience marked not just by job dissatisfaction, but by mental exhaustion, difficulty sleeping, aches and pains, and unpredictable emotions. The recovery was difficult, he said, and required supportive friends and family and an emphasis on self-care.

Now Adamo, the medical director and section chief for occupational and environmental medicine at Dartmouth-Hitchcock Medical Center in Lebanon, is working with other administrators to develop initiatives aimed at preventing burnout for other health care professionals.

“I speak from the heart in that I’ve had it, and I don’t want to go there again,” Adamo said.

Since the COVID-19 pandemic took hold in March, straining health care resources and launching the country into financial uncertainty, there has been significant concern about the psychological impact of the crisis on frontline health care workers and first responders.

In NH, hospitals and organizations that serve these workers say there has been an uptick in mental distress over the past seven months. Still, some in the field say that Granite State professionals may have fared better than health care workers in areas harder hit by the virus. Overall, they say the outbreak has put a renewed spotlight on the longstanding issue of burnout — as well as ways to address it.

‘For the Sake of Our Patients’

The World Health Organization defines burnout as an “occupational phenomenon” spurred by unmanaged, chronic workplace stress. That can result in compassion fatigue, which occurs when emotional and physical exhaustion leads to difficulty empathizing or having compassion for others.

Medical professionals also use the term moral injury: the distress caused by engaging in or witnessing behaviors that go against an individual's values, such as working within an insurance system that is often at odds with their duty of serving patients.

And health care workers’ state of well-being can have a negative effect on patients. A 2016 study in PLoS ONE found that higher levels of burnout were associated with poor patient safety outcomes such as medical errors.

"We want to create a healthy environment for the sake of our patients. I think that’s an important thing,” Adamo said. “We know statistically that burnt out providers are less in tune to the safety of patients, and we want to at least reduce the level of burnout."

According to Adamo, an ongoing survey of physicians, nurses and advanced practice providers in the Dartmouth-Hitchcock medical system indicates that some professionals are experiencing levels of distress that put them at risk for burnout. Whether providers are experiencing more distress during the pandemic, however, is difficult to say, as the system does not have historical data for comparison.

James Potter, executive vice president and CEO of the NH Medical Society, said physicians are facing significant pressures, not only in treating patients but also in managing the financial strain of the public health crisis and dealing with restrictive insurance systems.

“I think because New Hampshire has been able to keep its infection rates, and particularly hospitalization rates, relatively low, that we’re probably in a better position relatively than some of the rest of the country,” Potter said. “However, we also know that the pandemic has, like (with) other businesses, caused distress — so some practices have had to close or consolidate.”

The NH Professionals Health Program provides services to health care workers who are struggling with issues that could impair their work, such as substance use disorder, mental health concerns, and behavioral health issues. Referrals of doctors, nursing assistants, and nurses to the program have increased 30 to 35 percent since the beginning of the pandemic, according to Sally Garhart, medical director for the nonprofit.

“For individuals that we’ve been monitoring, we’ve had a significant uptick in stress reports and mental health, mostly because of isolation, the inability to have live meetings,” Garhart said. “If someone has really counted on their AA group that they went to a couple times a week and now it suddenly became virtual — virtual just doesn’t have the same feel that a small group does.”

But remote technology has also had positive implications for some health care professionals. Angela Thomas Jones, an alcohol and drug counselor and co-founder of the North Country Task Force on Improving Opioid Treatment Outcomes, said it doesn’t appear that the pandemic has worsened burnout and fatigue for most outpatient behavioral health professionals. She credits the quick transition to telehealth options with keeping a crisis at bay.

“The colleagues that I stay in touch with, they also say the same thing, that the telehealth technology has been a tremendous resource that has enabled a continuation of care with minimal interruption,” Thomas Jones said.

Still, many health care professionals don’t have the option to work from home, and potential exposure to COVID-19 while working in the field can be an added stressor in an already difficult environment.

“With COVID at any significant scale like we’re having now, you’re worried about going home to your family and potentially infecting them,” said Justin Romanello, chief of the NH Bureau of Emergency Medical Services. “The stresses of the job are always tough, and even tougher now. We definitely need to support our EMS workers, fire members, and police officers.

The problem is clear. But when it comes to addressing burnout, compassion fatigue, or moral injury, health care professionals say there’s no one-size-fits-all approach.

For example, regular sessions on an exercise bike have been essential to maintaining Adamo’s mental health. But that might not work for everyone, he said, which is why Dartmouth-Hitchcock is trying to give its employees a range of tools to draw from.

“We’re not prescribing anything to providers,” Adamo said. “What we’re doing is advising, and I think that’s an important distinction.”

The medical system had already begun to develop a Wellbeing Council prior to the pandemic, Adamo said. The council will focus on areas such as worker engagement, work-life balance, and financial wellbeing.

When the outbreak emerged, Dartmouth-Hitchcock also launched a multi-disciplinary task force to address immediate concerns, which facilitated unit visits from the system’s Employee Assistance Program and increased marketing around its peer support group. In April, Dartmouth-Hitchcock leaders also visited facilities throughout the medical system to speak with providers about ways to reduce stress through an initiative called Stress First Aid.

There are a number of other resources available to health care workers across the state, such as workshops offered by the Department of Health and Human Services and a peer support group for EMS workers and first responders in Manchester. Thomas Jones said professionals have also come together to discuss the issue, including a working group of the North Country Task Force on Improving Opioid Treatment Outcomes that meets quarterly on Zoom.

“We actually dedicate 45 minutes to self-care practice, and we teach each other whatever we’re doing and we have a guest presenter come in,” explained Thomas Jones. Recent presenters have spoken on subjects such as acupuncture and massage therapy.

Garhart noted that there are a plethora of resources available online from mindfulness apps to yoga classes on Zoom. But the challenge is that health care professionals may not have the time or energy to access them, she said.

“Everybody’s suffering, but people that are supposed to be taking care of your health are truly suffering,” Garhart said. 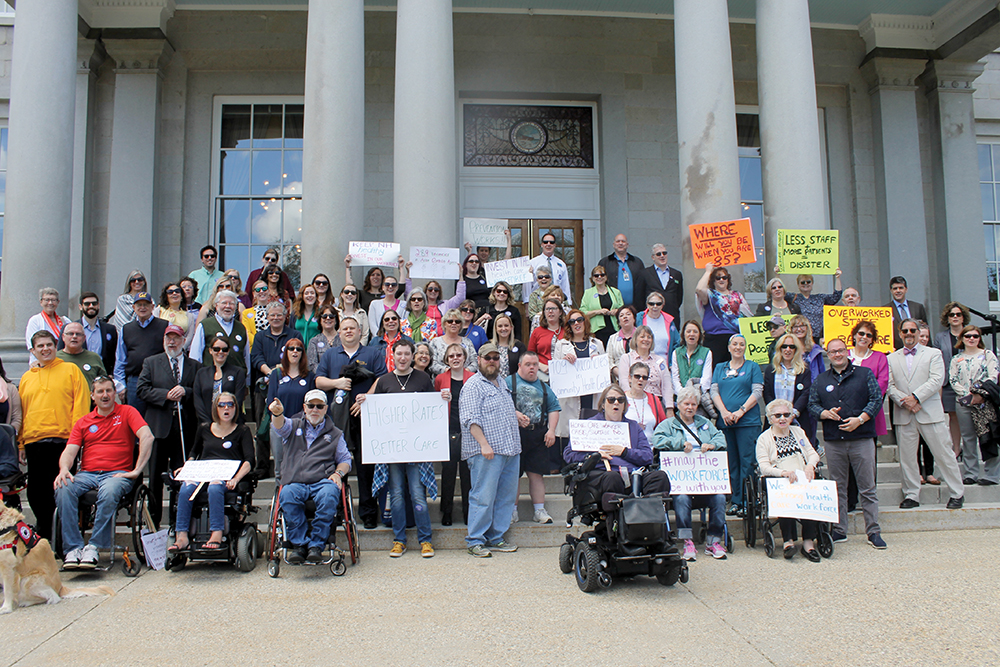 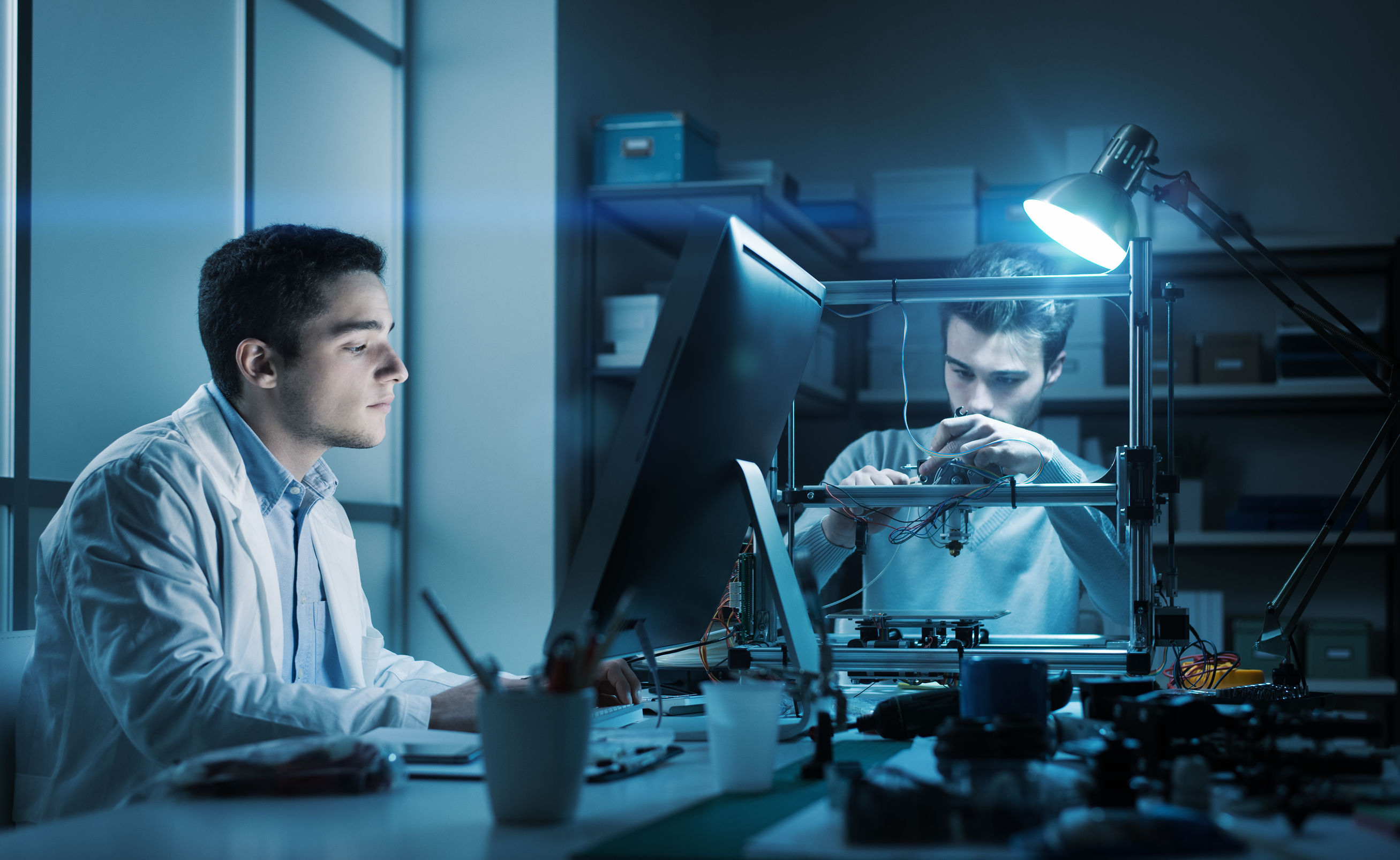