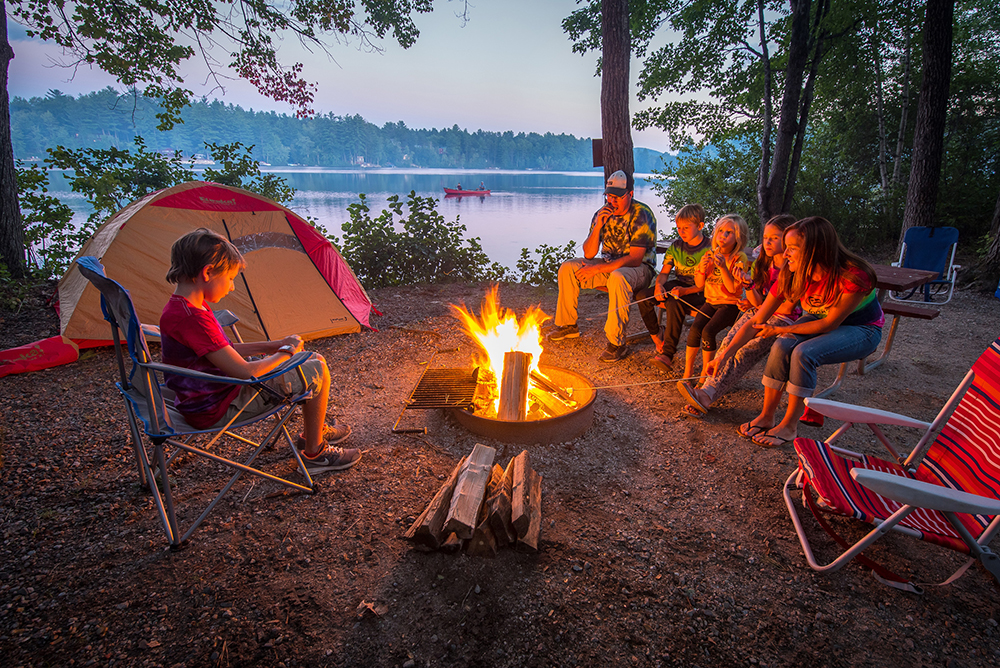 Some campground owners feared 2020 might be their worst year because of COVID-19 restrictions. But for many it turned out to be their best year as people sought refuge among the trees and fresh air. And even as travel restrictions loosen and vaccinations are readily available, camp reservations show no signs of slowing as the 2021 season kicks into high gear. 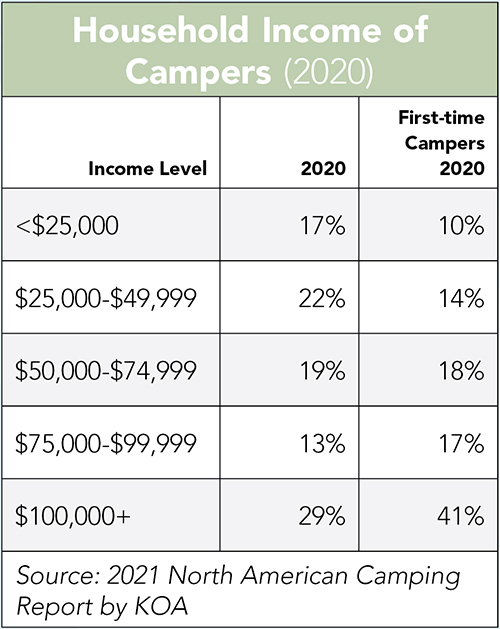 In 2020, there were 86.1 million households in the U.S. who went camping, up from 82.3 million in 2019, according to the annual North American Camping Report by Kampgrounds of America (KOA), the world’s largest system of privately held campgrounds with almost 500 locations across the U.S. and Canada. The number of first-time campers skyrocketed from 4% of all campers in 2019 to 21% of campers last year.

With the lack of travel options and a need to escape the confines of home, people also went camping more often in 2020. The number of households camping three or more times jumped from 18.9 million in 2019 to 22.7 million.

2020 Bust to Boom
The COVID-19 pandemic hit just as campground owners were sprucing up the grounds to prep for summer 2020. Once the shut-down hit, Jeremy Sprince, executive director of the NH Campground Owners’ Association, spent a lot of time working with the state to clarify the differences between a campground and other hospitality options.

Last year, most of Sprince’s time was spent communicating changing restrictions to his members and working with the Governor’s Economic Re-Opening Task Force. “Our owners have always made safety paramount, and campsites are large enough that they would meet the personal space requirements,” he says.

For transient campers—those who come and stay for an occasional weekend—not being able to secure reservations due to restrictions was disappointing, but for the seasonal campers, who typically stay for the summer, it meant putting off a lifestyle in which they have made major investments. Annual campsite rentals cost between $3,000 to $5,000, and the cost of an RV can range from $20,000 to $300,000 or more. For seasonal site owners, their campsite is their summer home.

Gradually, the restrictions eased and campgrounds adjusted. But many group activities were off the table such as games and crafts, Sprince says, and a lot of entertainment was canceled. But with frequent cleaning, activities such as mini-golf and small boat rentals, were a go.

“Some adjustments had to be made but most owners got to 85% to 90% of normal operation by the end of the year,” Sprince says. 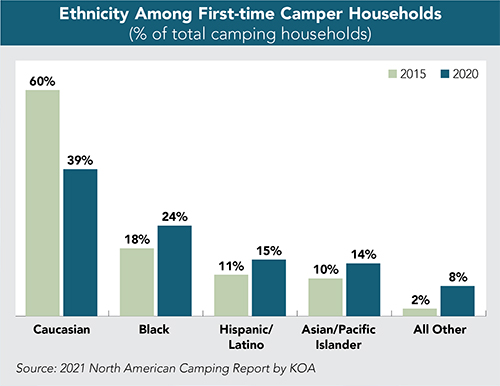 Then came the onslaught. According to the KOA report, 48.2 million U.S. households camped at least once in 2020, including 10.1 million households that camped for the first-time (7.7 million due to COVID-19).

The 120 members of the NH Campground Owners Association didn’t need a report to confirm the explosion in camping.

Some say it’s hard to find time to call people back only to tell them many sites are already booked for the season.

The Northeast region particularly benefited from people’s need for wide open space, experiencing an 11% increase in camping since 2015, the largest jump in North America, per the KOA report.

“Camping has been exploding for the past six years. Some of our owners are telling me reservations are even better than last year with some areas as much as 20% ahead,” says Sprince. “It is a fantastic time to be a campground owner.”

A patchwork of travel restrictions that varied from state to state and month to month created a great deal of uncertainty in 2020. While some restrictions remain, the number of regional and national visitors is likely to increase, and international travel could resume by the fall.

One of NH’s largest campgrounds, Danforth Bay Camping & RV Resort in Freedom, has more than 300 sites. Reservations and visits are up year-over-year, with an extremely busy start to 2021 thanks in part to an early spring and lack of snow, says General Manager Dianne Battles.

“We have seen a huge surge of new first-time RV owners. We certainly started to see it during the 2020 season, and my projection based on what I’m seeing already is that 2021 will continue with that trend,” she says. “In addition to new campers, we also have a large number of our returning customers booking multiple extended visits throughout the season.” Battle says with fewer restrictions in place, she expects to see “regular” campers returning this season.

The Silva family owns and operates Cold Springs RV and Cold Springs Camp Resort in Weare, which have both benefited from the RV sales and camping booms. Todd and Michele Silva operate the 400-site campground and are seeing more people booking early and looking for longer stays. 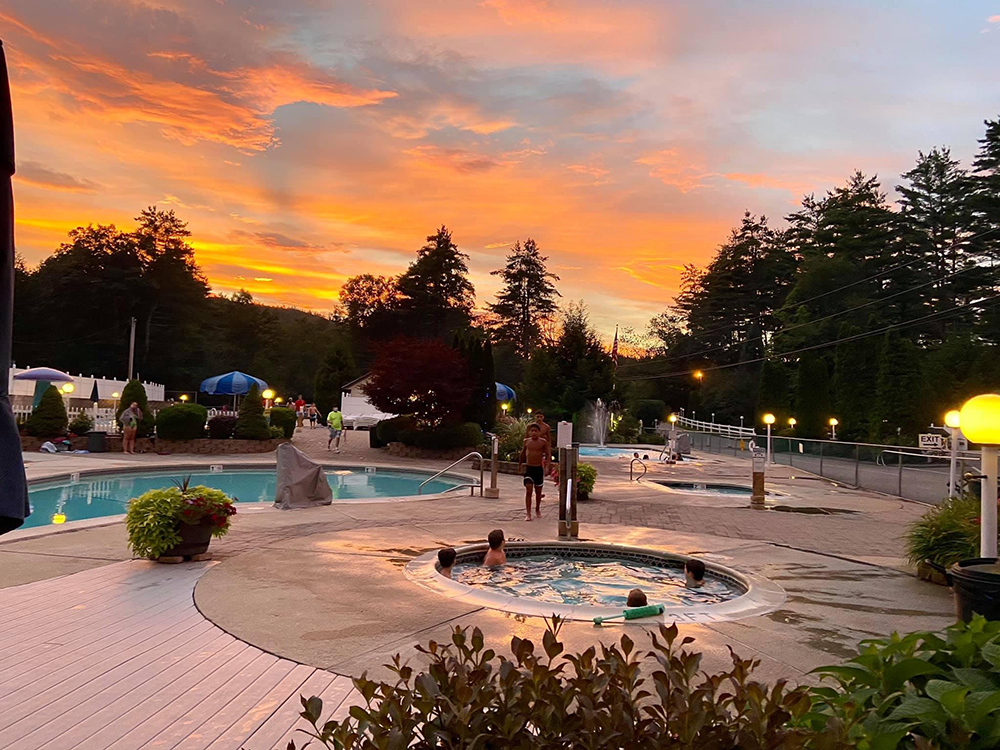 Many of last year’s newcomers returned for additional visits, says Michele Silva, noting people returned many times as remote work and home schooling offered greater freedom to travel. “I think [with] a lot of the kids being homeschooled they could stay for longer stays so it was our busiest fall,” she says. “Additionally, a lot of sports were not happening, which would interfere with camping, but there wasn’t so much to get in the way last fall.” 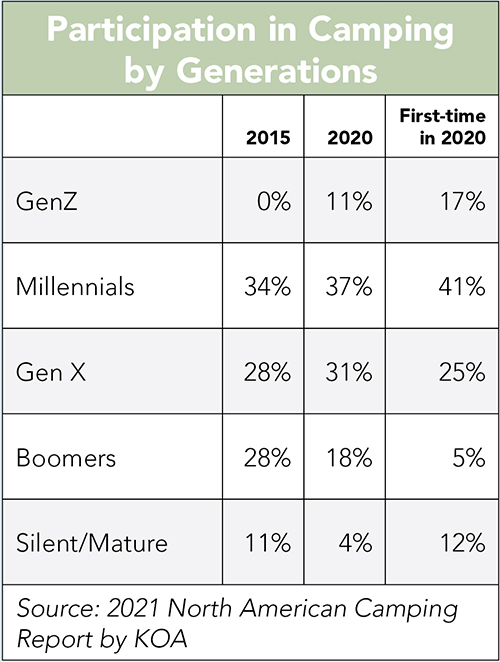 While Memorial Day is the unofficial start of the summer season, in the camping world, it is often the day when some start taking reservations for the following year. “That’s right, people are now booking for 2022. As soon as we open it up, they will definitely book ahead, especially the holiday weeks,” says Michele Silva.

The new owners of the 81-site Ashuelot River Campground in Swanzey, brothers Rick and Greg Smith and Greg’s wife Pam, are also looking forward to a busy season. “The combination of being first-time owners and taking over so close to opening day set up a steep learning curve,” says Rick Smith. “When we took over in March there were already several sold out weekends for this year. Since then, reservations keep coming in at a healthy rate, and we have a waiting list for some dates. Signs are that it will be a strong year.” 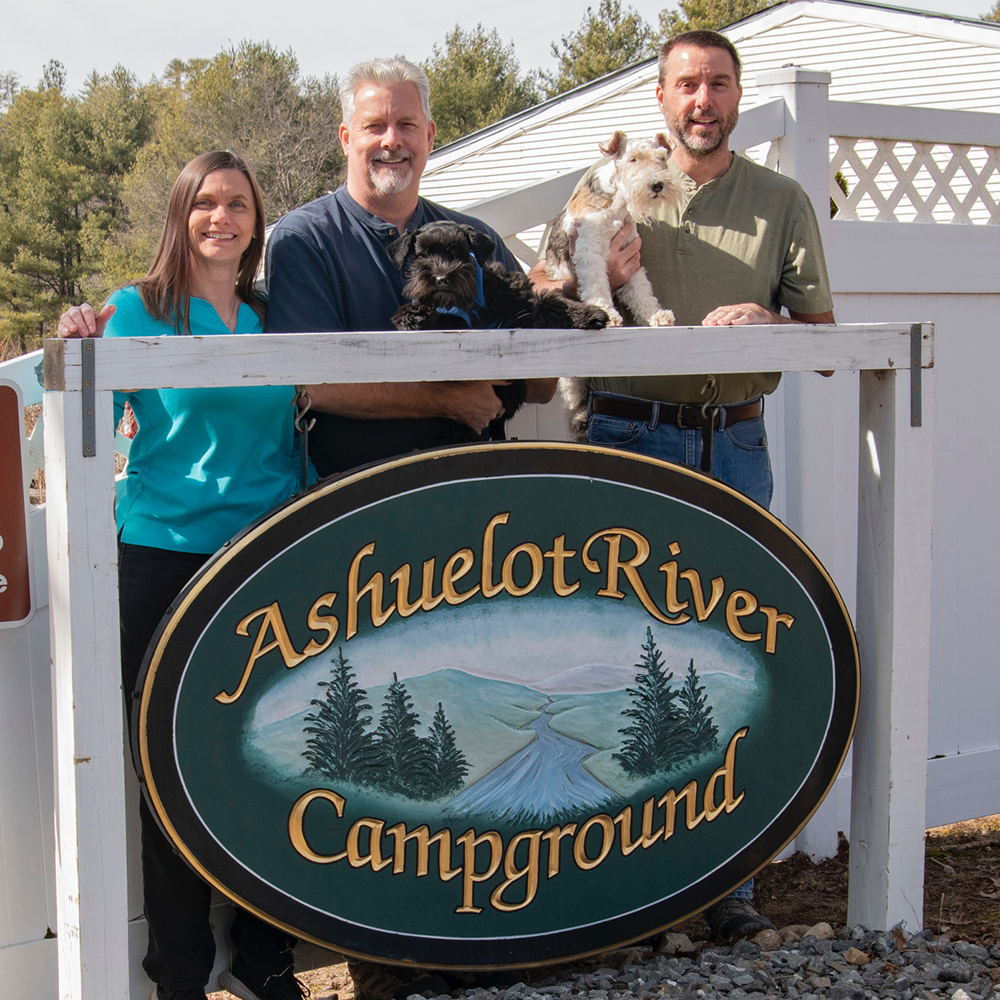 Smith says they are following the NH “Safer at Home” guidelines and made the recommended changes at the park. “It’s helpful to have clear business-specific guidance from the state that’s updated frequently,” he says. “We’ve posted a COVID-19 message on our Facebook page so guests know what to expect when they arrive. We’re also including the same reminders in the check-in packets, have posted signs and installed protective screens. We know it’s important to be diligent but are grateful that it’s less restrictive than last year.”

The state COVID-19 guidelines for campgrounds call for social distancing and the use of masks.

At Mascoma Lake Campground in Lebanon, owners Leo and Nadine Goyette are celebrating their 8th season, and Leo Goyette says they have made many improvements to the 102-site campground to handle increased demand, including converting some tent sites to RV sites.

“The whole industry has really just taken off,” Goyette says. “With record sales in campers, the campgrounds are seeing more demand. Being a relatively small campground, it fills up rather quickly.”

He says they are on the rail trail and still want to be able to accommodate the hikers and bikers who are traveling light with tents.

“One area where we have seen a big increase is in the travel nurses because we are so close to Dartmouth-Hitchcock. We are trying to accommodate them, but unfortunately [we] have to turn many away,” says Goyette. “Another unique feature for us is that we have 26 boat docks, and people can take advantage of having a boat here for a fraction of the cost of living on a lake.”

Darlene Goodbout, who owns and operates the Lincoln-Woodstock KOA in Lincoln with her husband Rob, says reservations are well ahead of 2020. “We were not sure what would happen in 2020 but it was the best summer we ever had. This year, it looks to be even better.” 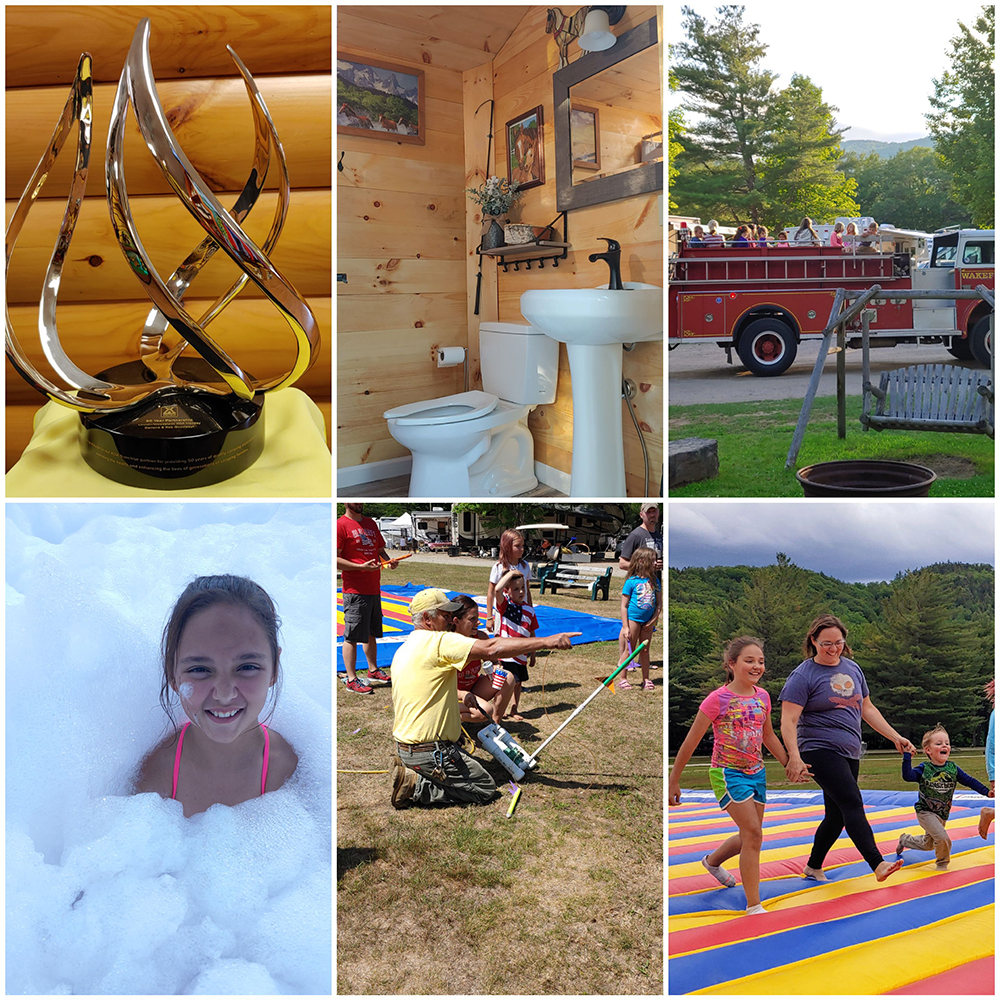 She says people find comfort in the outdoors, and there’s more than enough space between their 135 campsites to create that comfort level. Staff are cleaning bathrooms more often and providing hand sanitizer in main locations. They have made a few tweaks to the activities. “We do fire truck rides and some group activities but fewer than we had in the past, but there are so many things they can do to self-entertain, including mini-golf, a playground and a fishing pond,” she says.

Goodbout says they have seen a huge increase in first-timers campers and RV owners. “People bought new campers and had no clue what to do when they got here. The dealers go through everything, but who remembers all that—you’re so excited,” she says. “From the parking and setting it up, to the water, sewer and the tanks, it’s a learning curve.”

Options Abound
The KOA report also notes many first-time campers, 34%, felt it was a great way to get away from the crowds and noise, and 33% saw it as a safer way to travel due to COVID-19. About 15% cited the ability to work remotely and home school children from the road. 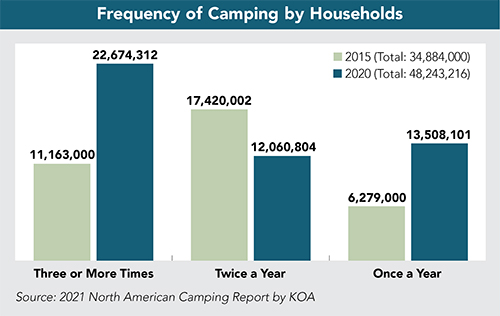 More than half of boomers, millennials and Gen Xers surveyed plan to increase the number of camping trips in 2021, while 64% of couples with children are also looking to do more camping. The number of households owning an RV increased by more than 2.5 million. And while the pandemic has meant severe supply chain issues, there are still plenty of models on the lots in NH.

“Every dealer in the country is seeing demand that is unheard of. It’s been nonstop since last year,” says Scott Silva of Cold Springs RV. “A lot of people just want to get out.” As a member of the Recreational Vehicle Dealers Association, he sees national data that confirms all recreational sectors, including boating, bicycles and pools, are booming. He says it is common for RV owners to upgrade and trade ins usually make up 45% of sales.

However, there are many first-time buyers so trade-in sales dropped to 10% of sales, Silva says. Current owners are either selling in a private sale or hanging onto their units. “We are calling reps on a weekly basis trying to grab anything that is available. We are telling people to buy early, order ahead. I may not have it on the ground, but it will be in soon.”

Regarding jobs, more people are applying this year, Silva says. “I think people are coming over from other parts of the hospitality sector such as food service,” he says.

As Mascoma Lake Campground is in Lebanon, an area both short on affordable housing and workers, it benefits the Goyettes to offer mostly seasonal sites. “We are only about 10% transient and 90% seasonal, which makes it easier from a staffing perspective. It is a lot less work that on a Friday night we don’t have 30 or 40 campers checking in,” says Goyette.” 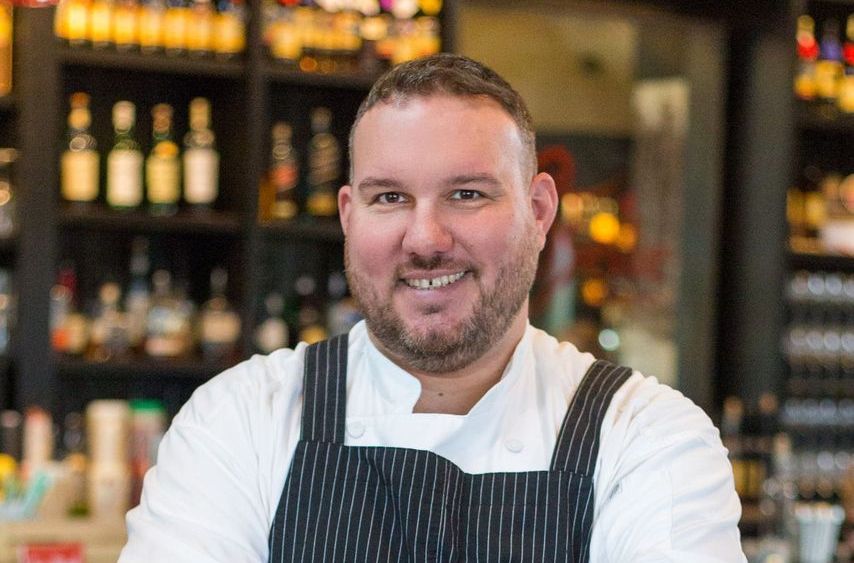 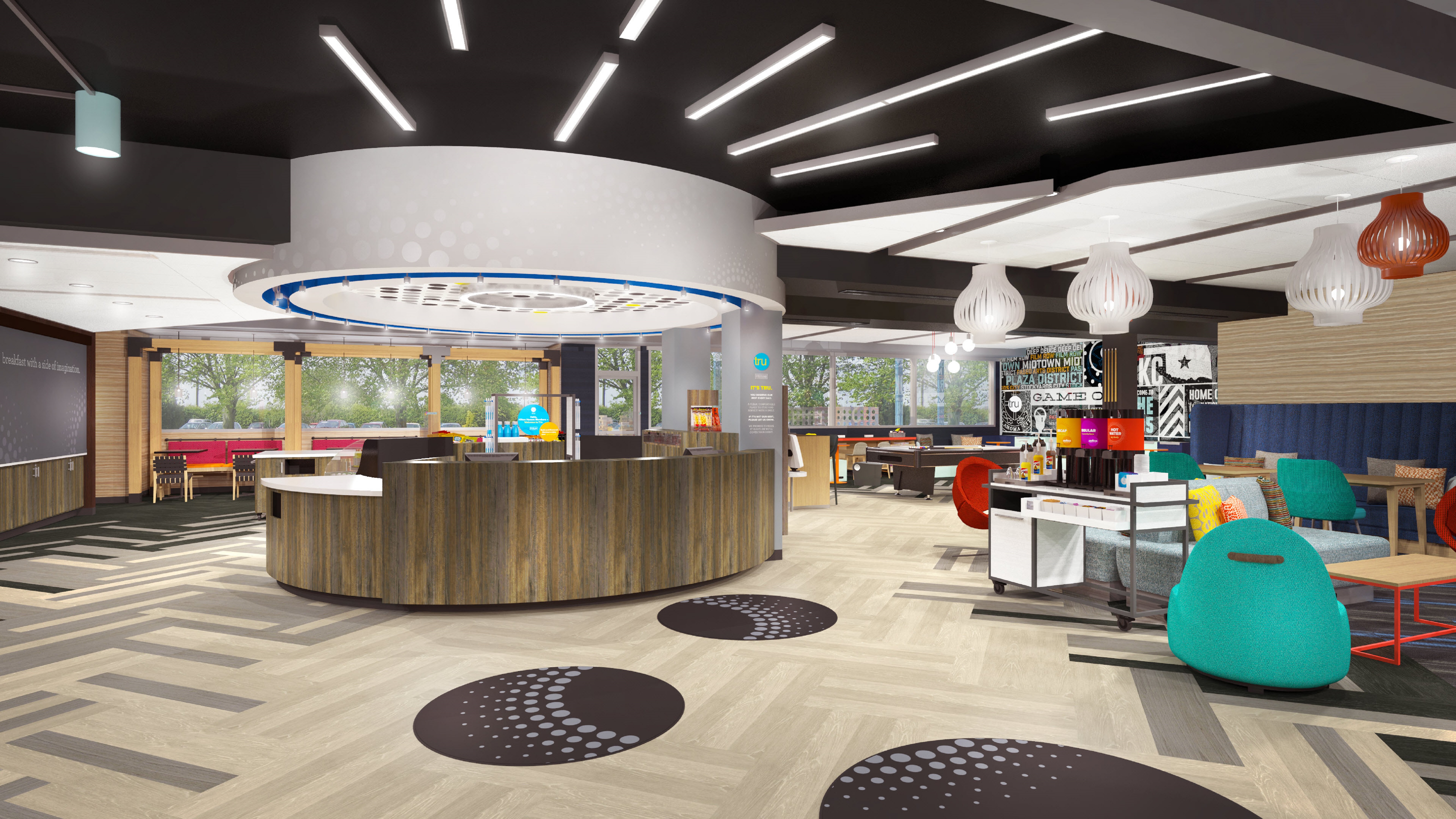 The Common Man Roadside to Open at Tru By Hilton