Erasing the Color Line in NH to Move Forward Together

Dubois would probably be amazed that two decades into the 21st century we continue to struggle with that “color line.” A color line rooted in a socially constructed concept, race, with little or no grounding in biology has plagued the United States for centuries. Race has been used to explain the superiority of one group over another group. The concept of race does not consider environmental and social factors; it only amplifies the visible differences between people based on skin color, shape of eyes, texture of hair and thickness of lips.

The academic community has been a major contributor of the construction of race through “scientific” methods that support the assertions of racial superiority and inferiority. Individuals in higher education helped to construct race. It is the duty of those in higher education to unpack, deconstruct and redefine race. The state is small enough with a variety of private and public institutions of higher learning to forge a concerted effort to take on this task. What better place than NH to embark on this journey together?

As we take on this task, we all must understand that the invention of race was the creation of oppression. The eugenics movement was a “scientific” effort with devastating outcomes. Race became synonymous with disparities rooted in beliefs about who was more human. Those who were considered more human were thought to be deserving of more, while those less human were subjected to abuse, such as beatings because they were believed to be able to endure more pain.

These less humans were thought to be beasts of burden, and therefore they could work harder under subhuman conditions. They were forced to breed in a manner similar to that of livestock. They were displaced from their land and culture because they were “savages.” They could be bought, sold and controlled as any other nonhuman property. We are feeling the ripple effects of that mentality today.

The construction of race fueled the U.S. economy in the past and continues to do so today. Cornell University professor Edward Baptist in his book, “The Half Has Never Been Told: Slavery and the Making of American Capitalism,” confirms this assertion. Disclosures by other academicians have shed light on the legacy of race in the United States. University of Delaware professor Erica Armstrong Dunbar’s book, “Never Caught: The Washingtons’ Relentless Pursuit of Their Runaway Slave, Ona Judge,” might cause one to pause and note that the first president benefitted from this race construct. There are many academicians who are actively involved in deconstructing race or at least motivating us to do so. As feminist theorist, cultural critic, artist, and writer bell hooks says, “call the question” about why race matters even in NH.

In our state, the first step will be to break through the myth that race does not matter here. We must rid ourselves of the delusion that we don’t have to be concerned with the impact that race has on the experiences of those who are considered “white” and those who are not. The 2010 U.S. Census foreshadows the composition of future NH. Based on this census data, Kenneth Johnson, senior demographer at the University of NH’s Carsey Institute, reveals that NH is becoming more racially and ethnically diverse in urban areas. This is especially true for people 18 and younger.

We can’t ignore what the data shows us. In order to adequately prepare for our future, we must join together and analyze how we currently understand race.

This analysis must be action oriented and not merely an intellectual exercise. It must have as the foundation the desire to co-create a NH where the color of someone’s skin will not define the quality of life and experience they will have.

We must challenge those of us in higher education to lead the efforts. We should do it not from our “ivory towers,” but in conjunction with others in the community, business, industry and the arts. We must go into communities and work with others across “the color line.”  The institutions and communities that adequately address the fallout of maintaining this color line will have lasting success. The inability to shift the paradigm associated with race has the potential to impair NH’s growth or ability to maintain the current level of functioning.

We must help to reframe the dialogue away from the focus on negativity and problems associated with discussing race into examining how we all benefit from eradicating that color line. How do we erase the color line and embody the sentiment of Eleanor Roosevelt: “When it’s better for everyone, it’s better for everyone.”? To start, we must stop thinking that talking about race or acknowledging race will lead to the negative consequences such as those we witnessed in Virginia.

The institutions that make up the University System of NH have a variety of individuals whose academic work can help facilitate the discussion. The innovative work of Robin DeRosa at Plymouth State University with Open Pedagogy has great potential for driving the process we could use to make this type of discussion and information sharing accessible to a range of individuals. "Open Pedagogy emphasizes the use of digital tools for collaboration, connection and community," says Karen Cangialosi, a Keene State College professor. "An open pedagogical approach can involve building respectful spaces online that allow for a guided open dialogue about race."

The work of Henry Knight and James Waller at Keene State College through the Cohen Center for Holocaust and Genocide Studies and our related academic program could serve as the foundation to help us understand the historical factors informing our current realities of race. A book by Jason Sokol with University of NH, titled “All Eyes are Upon Us: Race and Politics from Boston to Brooklyn,” could help us understand how race has manifested in the Northeast.

The work of those in academic settings can be connected with the work of Portsmouth Black Heritage Trail leaders Valerie Cunningham and JerriAnne Boggis to help us engage in that action-oriented analysis of race specific to NH. We have what it takes to be a national leader in this deconstructing and re-visioning effort. Institutions of higher learning cannot rely primarily on enrollment of “white” students to fill seats. Businesses will suffer greatly if we, in higher education, are not able to produce enough people to keep up with the competitive demands of industry, and if we limit our ability to attract a broad pool of students who bring great talent to our state. If these businesses cannot maintain that edge, they will not remain in the state and this will, no doubt, have an impact on NH’s capacity to remain vital, viable and relevant.

The discussion of race has to take place in order for us to adequately resolve this crisis.

Dottie R. Morris is associate vice president for institutional equity and diversity at Keene State College in Keene. She can be reached at dmorris@keene.edu or 603-358-2206. For more information, visit keene.edu/campus/diversity/office/. 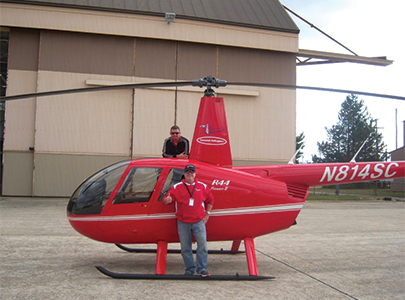