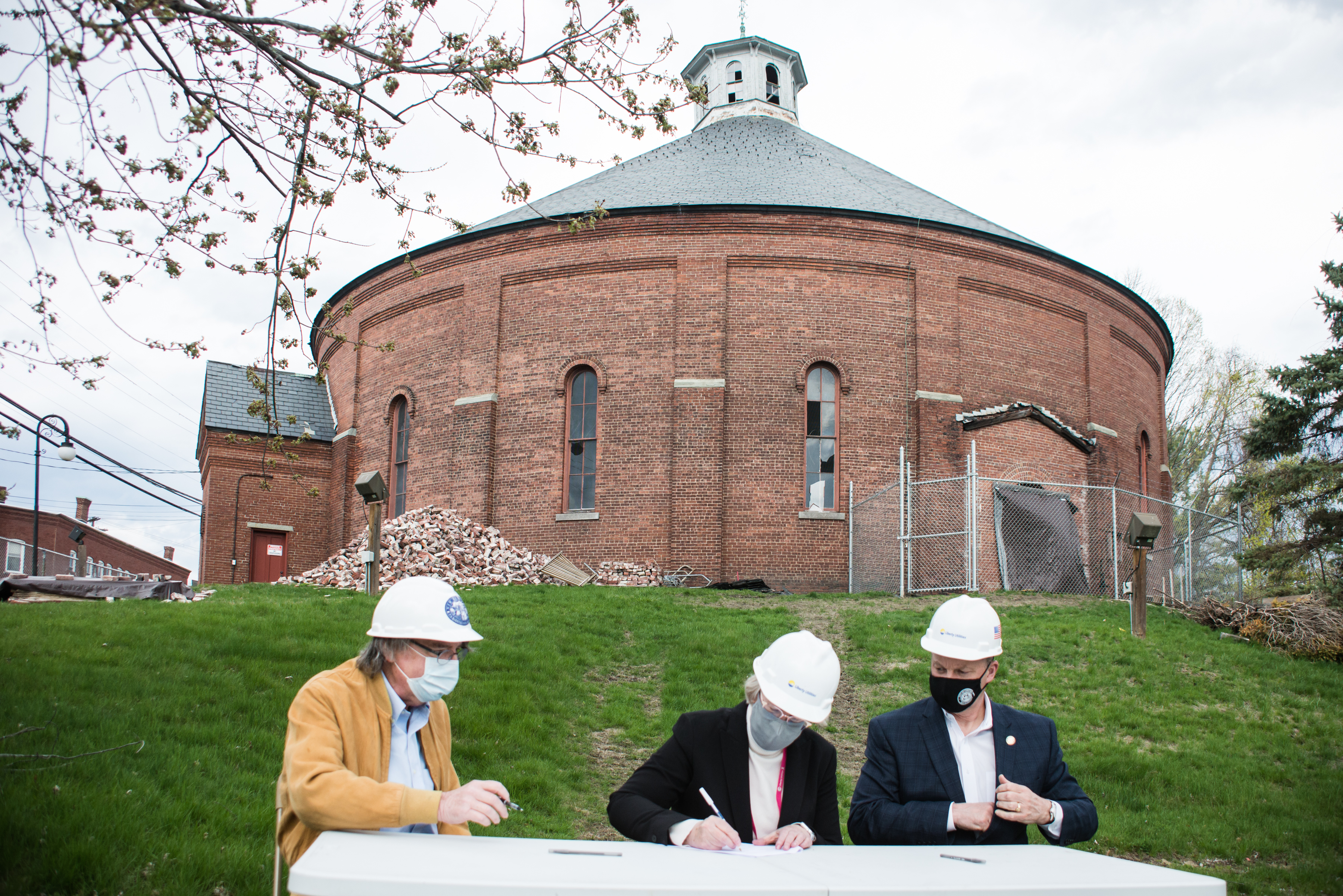 The N.H. Preservation Alliance, Liberty Utilities, and the City of Concord have finalized an initial agreement to buy time for the historic 1888 Gasholder and move forward with emergency stabilization.  This agreement is intended to eliminate the immediate risk of collapse, while allowing the parties and the community to continue working toward a permanent preservation solution for the historic Gasholder building.

The three parties executed a Memorandum of Understanding (MOU) on April X. The MOU formally expresses the three parties desire to preserve the Gasholder, and offers the steps they intend to take to achieve that goal. "The agreement we've reached is a critical milestone in our efforts to save this historic icon. We look forward to working side-by-side with the City of Concord and Liberty Utilities,” said Nicholas Mitchell, Chairman of the N.H. Preservation Alliance’s Board of Directors.

Liberty Utilities will match funds from an anonymous donor that were committed to the Preservation Alliance to challenge others to invest in the landmark’s rescue and revitalization.  “Liberty is proud to play our part in this community-led effort to save the Gasholder,” said Susan Fleck, President of Liberty-NH. “After spending the better part of a year listening to the community and working with stakeholders, we believe the plan outlined in this agreement is the best way to meet Liberty’s commitments to protecting the environment and ensuring public health and safety, while also providing the best value for our customers, who depend on Liberty for essential energy services. This plan is a win-win – it puts the Gasholder on a pathway for preservation, while also saving money for Liberty’s customers compared to the available alternatives.”

City Manager Tom Aspell noted that this “MOU, unanimously adopted by the Concord City Council, is the next step in the City’s commitment to saving this community landmark.  The City of Concord has been a strong supporter of this preservation effort and looks forward to working collaboratively with Liberty Utilities and the New Hampshire Preservation Alliance.”

The Preservation Alliance and Liberty are now finalizing details of a plan to conduct emergency stabilization in the upcoming construction season. The plan will secure a broken compression ring at the base of the roof so the building won't collapse and address other vulnerabilities in the roof and wall to keep water out and avoid deterioration.  The plan will avert the near-term risk of total loss from collapse or demolition, and buys time to secure additional funding and uses for the property.  “We see it as a downpayment for the full preservation effort,” said Jennifer Goodman, executive director of the Preservation Alliance. “There is a lot more to do, but this is a very significant step forward,” she said

A preservation/redevelopment feasibility report produced by ADG Consultants (January 2021) for an ad hoc city committee of city councilors and business, real estate and preservation experts emphasized initiating this emergency stabilization as soon as possible as part of a phased approach.  The report also underscored the importance of a commitment by Liberty to make the preservation project financially viable, the essential nature of using a mix of private and public funds, and the proximity of the gasholder site to downtown, the Merrimack River, residential neighborhoods and two highway exits.

The Gasholder, listed on the National Register of Historic Places, is considered the last of its kind in the U.S. Neighbors, civic and business leaders, and preservationists from across the state and country have emphasized not only the importance of its preservation, but also its potential to serve as a catalyst for community development in Concord’s southern corridor.

The New Hampshire Preservation Alliance listed the gasholder on its Seven to Save list last fall because of its national significance and redevelopment potential after Liberty announced plans to seek a demolition permit due to the imminent risk of collapse. The Preservation Alliance has hosted public forums, helped support redevelopment analysis and nominated the building for national Most Endangered status and a federal historic preservation grant.

The statewide organization strengthens communities and stimulates local economies by encouraging the protection and revival of historic buildings and places. The non-profit organization assists approximately 100 landmark community projects each year, and has built a toolbox of resources including direct service, planning funds, incentives and stewardship strategies for property owners and investors to help accelerate preservation activities. 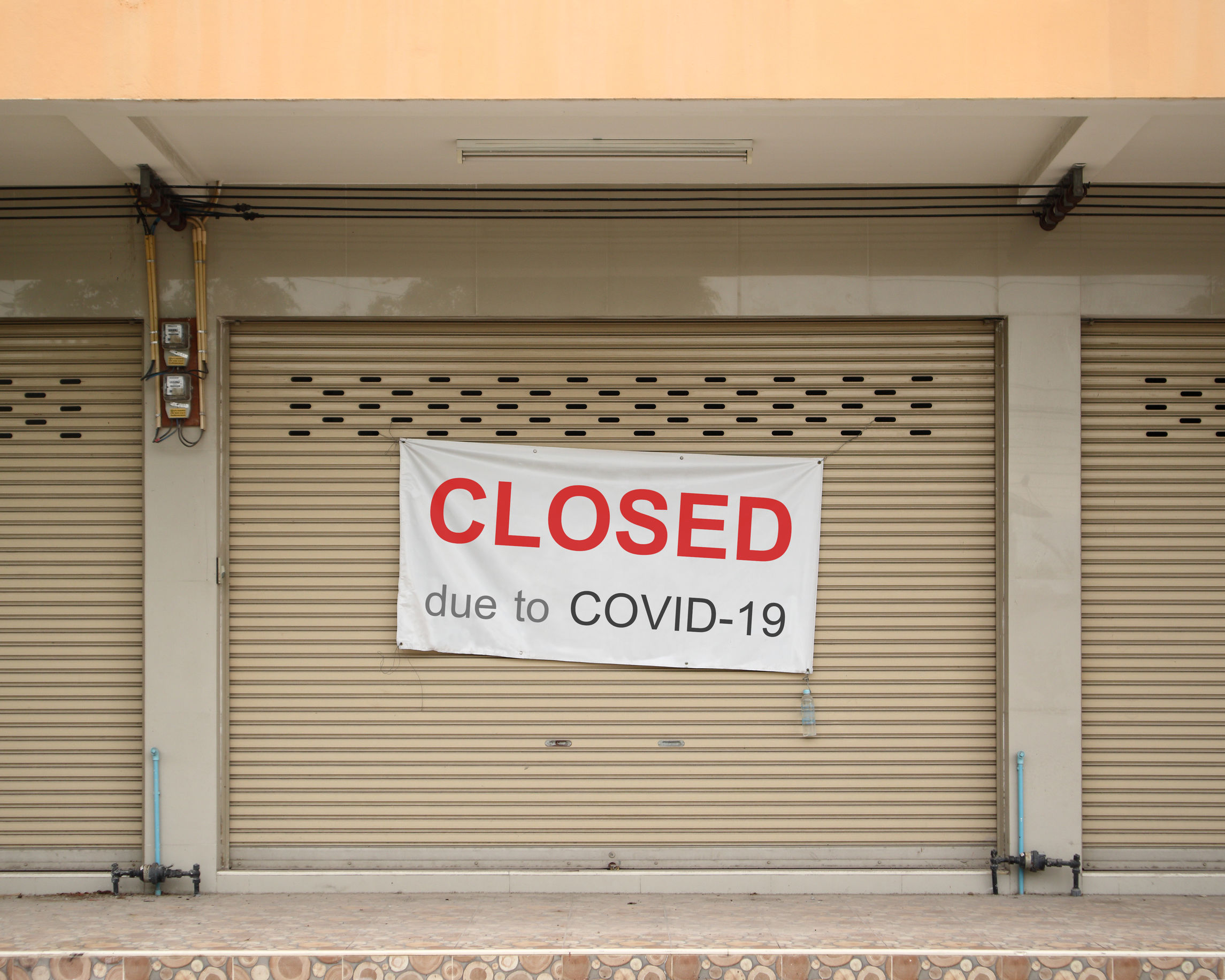 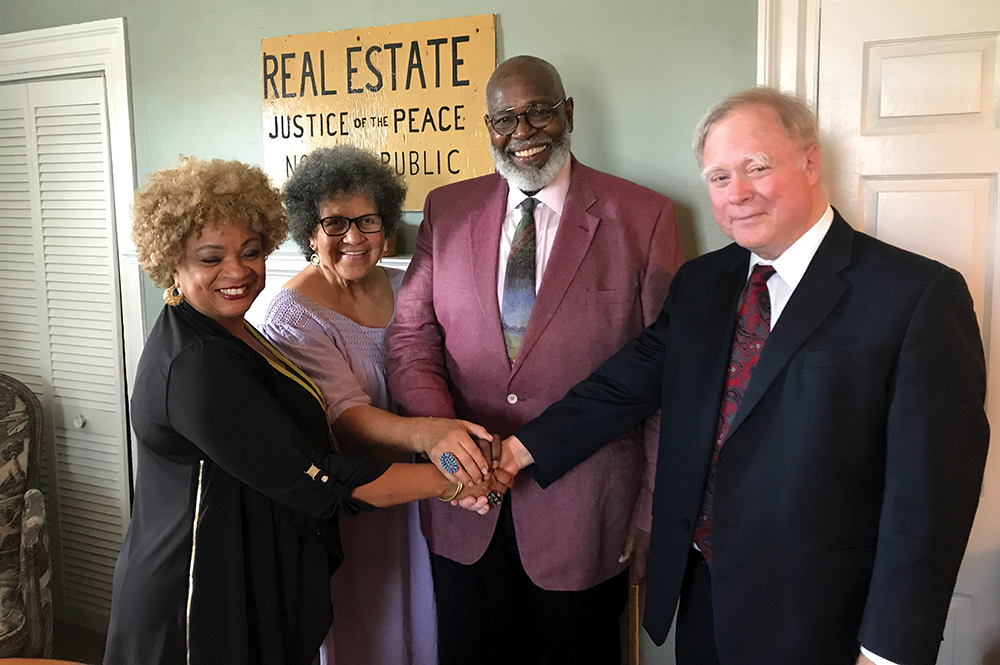