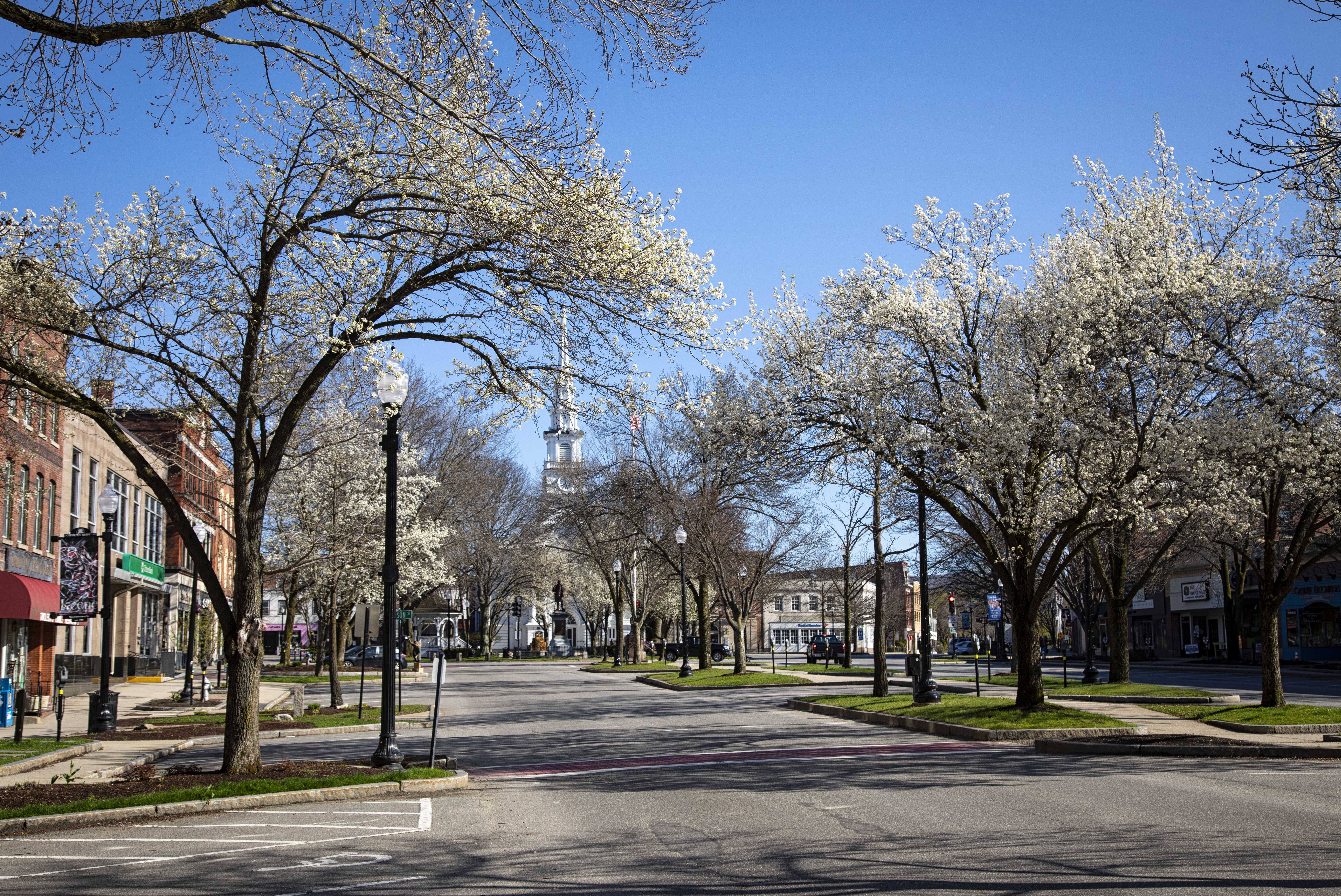 Seven years ago, Deb Brown landed a job as the director of the Chamber of Commerce in Webster City, Iowa. The town’s 8,000 residents were still reeling from the closure of a major manufacturing plant that had previously employed 2,000 people. As Brown drove into Webster City, she passed 14 empty buildings downtown.

“Did I want this job?” Brown says she thought at the time. “Could I possibly fill these buildings?”

Despite her reservations, Brown took the job and, with it, the challenge of bringing new businesses to Webster City’s empty spaces. Rather than try to hide the building — like so many small towns do — Brown decided on the opposite approach. She would showcase the buildings, highlighting their potential in order to attract new renters and buyers.

The idea for Tour of Empty Buildings was born. Brown worked with local historians and retired chamber members. They volunteered to speak about the history of the building and how they had been filled in the past. As conversations about the event spread through town, there was a domino effect: people were sweeping their sidewalks and tidying their windows. The pride that Webster City had lost was being rediscovered.

A month after Brown had her lightbulb moment, the Tour of Empty Buildings took place. Forty-four people attended. No sales took place that night, but inquiries slowly started trickling in. Brown kept the conversation alive, celebrating each time a building was sold or rented. Within 18 months, 10 of the 12 buildings on the tour were occupied.

“I knew then that we had a winning proposition,” Brown says.

Since then, Tour of Empty Buildings has taken off. Many of these events have happened across the country and even around the world — from Mississippi to Australia.

“It really has gone around the world,” Brown says. ‘It’s such a simple idea, and it just makes sense.

Brown no longer works for the Chamber of Commerce, although she’s still based in Webster City. Five years ago, she co-founded SaveYour.Town, a business that provides rural and small towns with actionable steps toward revitalization. Brown and her co-founder, Becky McCray, take an untraditional approach toward development, with no board meetings or panel discussions to be found.

“It’s in the action where the magic happens, not in the meetings,” Brown notes.

When SaveYour.Town comes into a community, things start right away. Rather than taking time to discuss and vote on the best plan, Brown encourages towns to move forward with all ideas and see which rise to the top.

“Let people do their thing. Go ahead and try it out,” Brown says.

This involves leaving behind what Brown and McCray call “the old way” — a formal structure, a leader, an aversion to failure — for the “Idea Friendly” way. That approach encourages lots of informal decision-making and involvement from many people. Towns should take many small steps and be action-orientated. Some of those steps won’t work out, Brown says, but that’s OK — just learn from those efforts and move on.

The Idea Friendly way involves embracing chaos. While people who favor meetings and planning might be averse to chaos, SaveYour.Town operates on the principle that chaos brings with it good ideas. The buzz, the excitement, the movement all leads to change, Brown says, even if that change isn’t following a step-by-step plan.

When SaveYour.Town comes into a community, Brown encourages stakeholders — meaning anyone with an interest — to begin taking action right away. Brown will be, say, walking around town and come across a building with a blank wall. Someone mentions a mural, and another person says their son is a painter. Brown will respond, “Great, can you call him right now? Get him down here to talk to us.”

Sometimes, there’s some resistance to this drive-right-in approach.

“It’s disbelief. People look at us like we have two heads. They say, ‘We can’t do that,’” Brown says.

Still, she’s learned this is the best way to start making change.

“When we’re in communities, we get people to work right away.

There’s a common narrative about what’s plaguing rural America: the opioid crisis, manufacturing shutdowns, and so-called “deaths of despair.” But these aren’t the issues that people want to talk about with SaveYour.Town.

“It’s important to work on what residents want you to work on,” notes Brown.

Identifying that involves a conversation with people in each community. But to get a big-picture understanding, SaveYour.Town has polled its community members in 2015, 2017 and 2019 about the biggest issues they’re facing.

The poll shows respondents are worried about losing young people, and not having enough residents. They’re concerned about downtown being dead and people not shopping in town. In 2019 a new concern emerged: lack of enough good housing.

What constitutes “good housing” varies from community to community, but this is a problem with solutions, Brown says. Downtown buildings can be converted into apartments on the second floor. Investing in senior living complexes can free up homes for young families.

“Housing is almost always a dilemma,” Brown says — but it’s one that can be solved with local creativity and out-of-the-box thinking.

The pandemic has rocked the economy in both rural and urban communities around the globe. However, Brown is heartened to see rural communities coming together with a renewed focus on local engagement over the past six months.

“Things have really been shook up since March,” Brown says. “People are finally looking at what it means to be a community member and participate in the community more actively. In small towns, we need that — we need more participation.”

The coronavirus has sparked a conversation about working remotely that could have long-term implications for people’s choices about where to live and bring their businesses. That could potentially benefit small towns, but the jury is still out. Still, Brown sees silver linings to the pandemic.

“We are supporting local businesses as best we can. We know businesses need our help,” she says. “The compassion is really starting to come through.”

Learn more about Deb Brown and her business at her website, SaveYour.Town, or by contacting Brown at deb@saveyour.town. “We’re an open book,” Brown says. 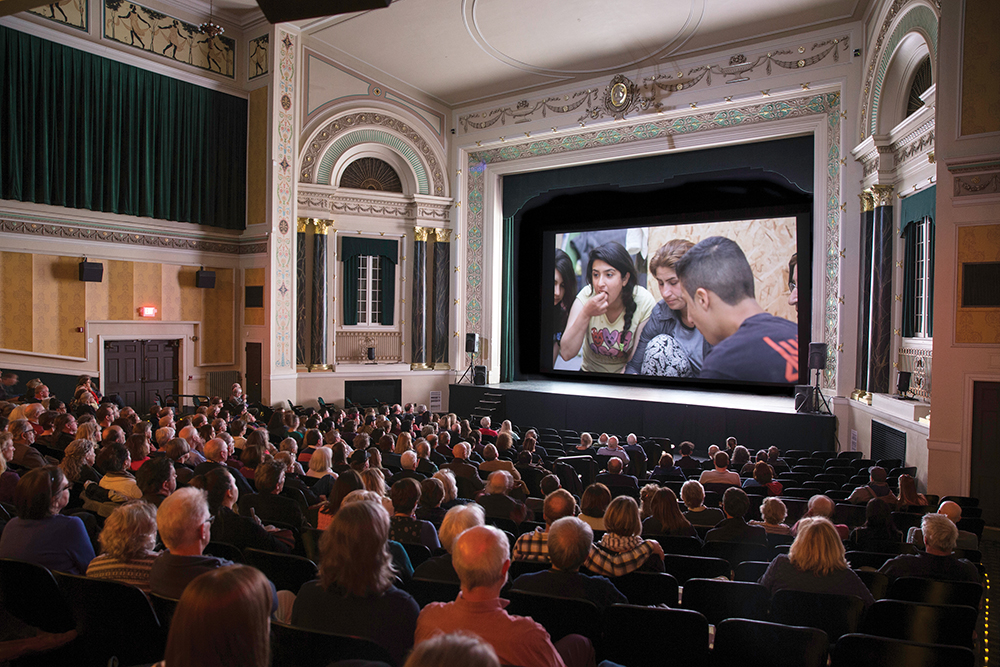