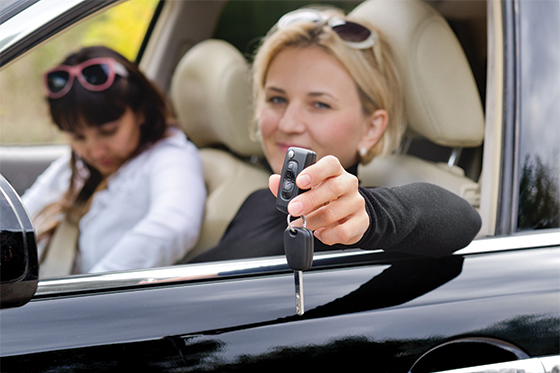 While interest in offering commuter benefits to employees has increased in recent years—particularly during the past seven months since the federal government expanded commuter tax benefits—the option hasn’t gained traction in NH. There are Granite State companies offering benefits to assist with commute related expenses for alternate transportation and parking, but the lack of public transportation means most NH workers keep driving alone.

Provisions of the Consolidated Appropriations Act of 2016 raised the federal cap on pre-tax commuter spending accounts, which are restricted to paying for commute-related expenses and excluded from annual income tax filings. The law raises the account limit to $255 a month to help commuters pay for parking and another $255 for public transit costs, allowing for a potential monthly exemption of $510 and overall annual income tax savings of up to 40 percent on commuter expenses. Additionally, companies that include these programs in benefits packages can reduce payroll taxes by up to 7.65 percent per employee.

Commuter benefits accounts don’t have the appeal in NH as they do in more urban states, according to Amanda Smith, vice president of channel partners with Benefit Strategies in Manchester, a third-party benefits administrator. Quotes for commuter plans have become much more prevalent since Benefit Strategies began offering them in 1996, with 74 percent of total quotes being provided in the last five years alone.

However, only about 100 of the company’s 2,000 clients offer commuter plans, just 5 percent of which are located in NH. Another 77 percent are located in Massachusetts, with the remaining 18 percent scattered across the country.

“These plans aren’t as popular in New Hampshire because a lot more people are driving to work, and there are parking lots available,” says Smith. “It’s a bigger issue in states like New York, Maryland and Massachusetts,” where more people take trains and buses to work in large cities with limited parking.

Combined Services in Concord has experienced a similar lack of interest. Out of its 250 clients, only one Vermont company offers commuter plans to accommodate employees working in its New York site. “We advertise the commuter plans we offer, but so far, we haven’t had a lot of people take advantage of them,” says Christopher Parkinson, COO of Combined Services.

Even companies that include commuter plans in their benefits packages have seen little interest for pre-tax commuter benefits among their employees, partly due to the availability of on-site parking. Medtronic, a biotech company located at the Pease International Tradeport in Portsmouth, has been offering commuter accounts to employees since 2009. Yet none of Medtronic’s 179 NH employees actually access the benefit, as there’s ample parking onsite. Similarly, all 19 employees at the Bedford service center of MassMutual Northern New England opt for the company’s onsite parking instead of commuter accounts, says CFO Colette Lemarier.

Other Ways to Help Commuters
Some companies are finding other ways to offer benefits to their employees to ease their commutes, such as telecommuting so employees have the option to work from home. Lemarier says there’s a need to accommodate Gen Xers and millennials in particular, who place a greater emphasis on their work-life balance.

Hypertherm in Hanover also encourages periodic telecommuting and has about 40 regular participants. This is part of the company’s larger commuter incentive program, which was launched as part of a plan to reduce the company’s carbon impact by 50 percent between 2010 and 2020.

“Our commuter incentives are meant to help reduce our overall carbon footprint and contribute to cleaner air in the communities where we live and work,” says Mike Baymiller, vice president of human resources at Hypertherm. The company offers five main incentives, including daily carpool reimbursement for both drivers and passengers. Employees are reimbursed on a sliding scale, with drivers receiving up to $14 for driving a full car of four passengers. In 2015, Hypertherm’s carpool program had 213 participants and reduced the company’s carbon emissions by 463,572 pounds.

Hypertherm also offers $5 per day to employees who walk or bike to work, free bus tokens for Connecticut River Transit and other bus services, and a $3,500 benefit towards the purchase or lease of high efficiency vehicles. In 2014, the company  began providing vans for employees to coordinate a van pool, which currently has 17 participants. Baymiller says the program works well for employees working the second or third shift, as there’s no public transit available at those times.

Hypertherm paid out about $40,000 in commuter incentives in 2015, but Baymiller says it’s a relatively small price to pay when factoring in carbon avoidance and helping employees reduce their carbon footprints.