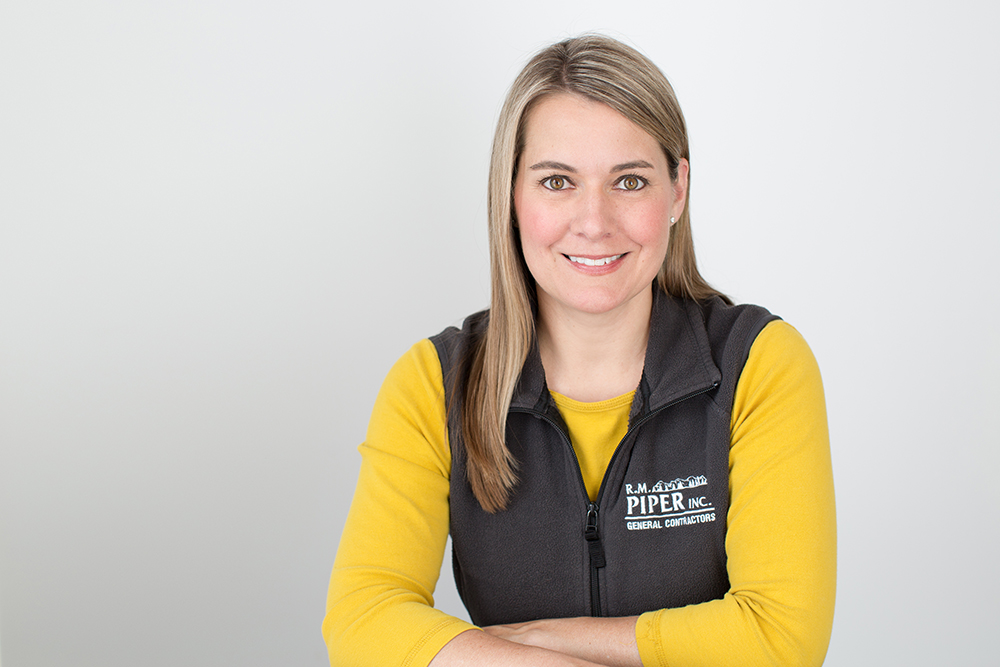 Construction is still a field dominated by men, but more women are taking leadership positions and finding success.

“The idea was to highlight industry leaders, and we hope those stories will serve as encouragement for others who want to get into the trades,” says Joshua Reap, president and CEO.

He says there are definitely more women getting into the business, and the industry leads in closing the gender pay gap with women earning on average 99.1% of what men make in construction versus 81.1% overall.

There are women leading successful construction firms in NH. However, the firms that are creating opportunities for women to earn the CEO or president roles in NH’s construction industry appear to be mostly family-owned businesses.

Reap says while many women leaders are taking over the family business, it is indicative of NH’s small business culture and the number of mature companies where there is often succession planning.

“What is unique about construction is that you see a lot more women getting into the family business,” he says.

After growing up in the family business and eventually returning to work there after a successful career at a global management consulting firm, Jennifer Stebbins Thomas and her brother John Stebbins stepped up to lead PROCON in Hooksett after the death of their father, Mark, in 2021. Thomas serves as co-managing director of the design-build firm. 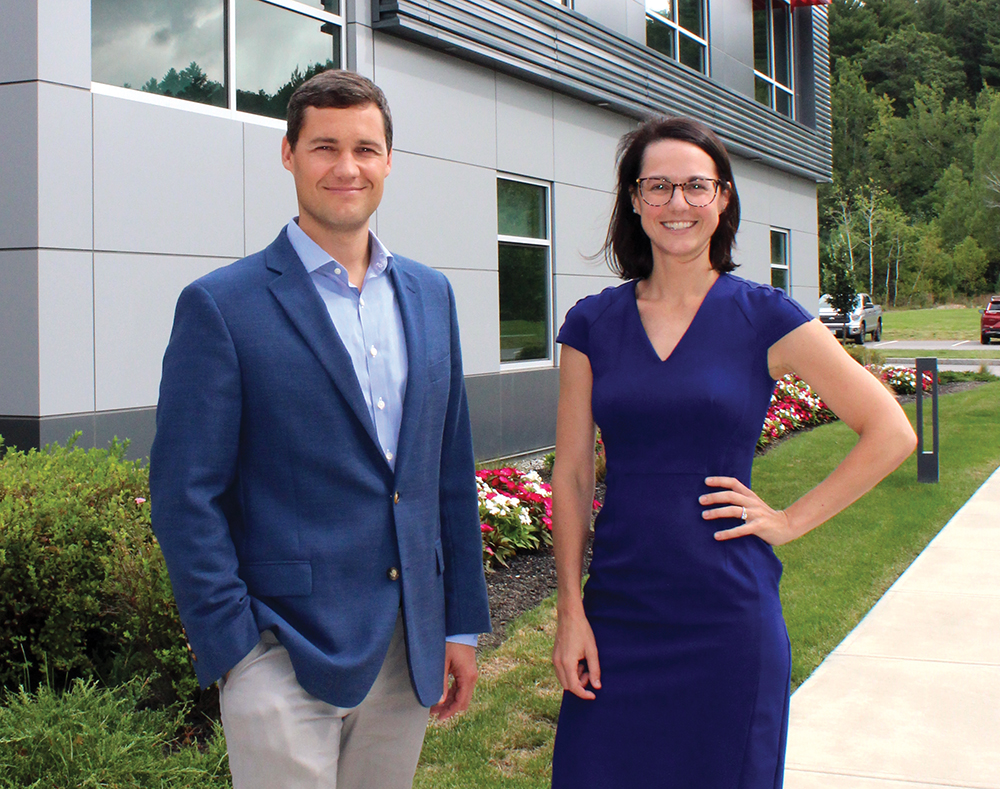 For R.M. Piper, Inc. General Contractors in Plymouth, 2022 marks the 40th year and a new era, as company founder, Dick Piper, retired at the end of May and turned over the reins to his daughter Karen Prince.

Linda Richardson leads Richardson Electrical Company in Seabrook as president. She is the fourth generation of her family to head the electrical construction and engineering design-build firm founded in 1899. Elizabeth Morse earned a nursing degree but is now is the third generation of her family to work in the family business, Lewis Builders Development in Atkinson, founded by her grandfather Peter Lewis in 1958 and now run by her mother, Christine Lewis Morse.

Elizabeth Morse serves as project manager of Atkinson Heights, a condominium development for 55+, with nine buildings, each with 32 garden-style units.

Morse credits her mom as a strong role model who has mentored her on management and administrative issues.

That’s not to say leading an established family firm is the only way women have opportunities for C-suite positions in the construction industry. Stacy J. Clark left her accounting career in Boston to co-found Turnstone Corporation, a construction firm in Milford, in 2002 with her father William J. Clark, who spent his career as a builder. She leads as president and he serves as vice-president. 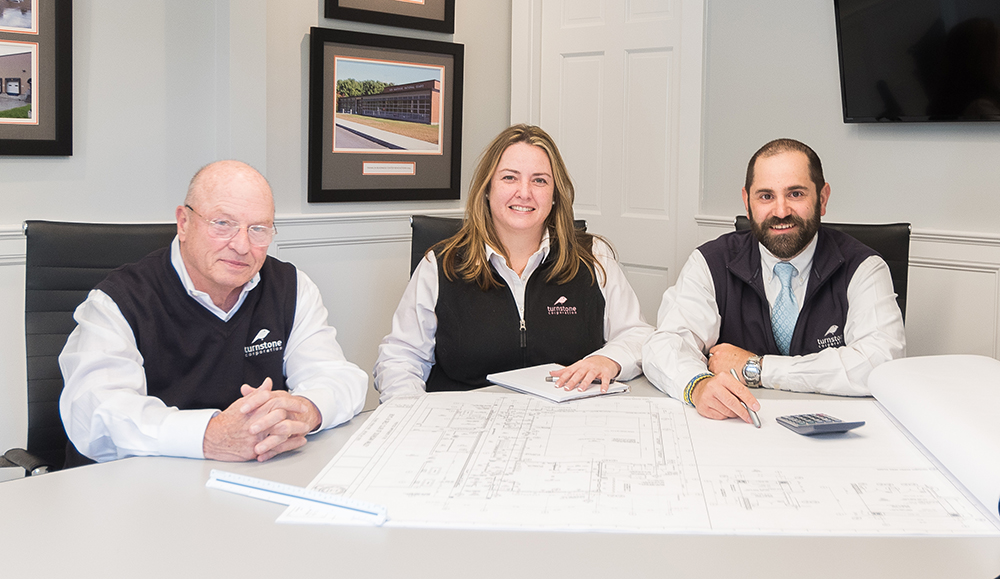 Paula Scales, the president of Brookstone Builders in Manchester, joined the commercial building firm in 1987 in finance, three years after it was founded, eventually became a partner to the original owner Robert Coll and took over ownership fully in 2006. Scales says she is easing into retirement and just named her son, Sean Scales, vice president. “I’m reducing my hours from 50 to 30,” she says. “I don’t plan on leaving the business for a few years, but with my son taking over, I have some flexibility.”

Encouraging More Women
With a severe workforce shortage across the state, NH’s female construction leaders encourage anyone to get into the industry, but especially women. 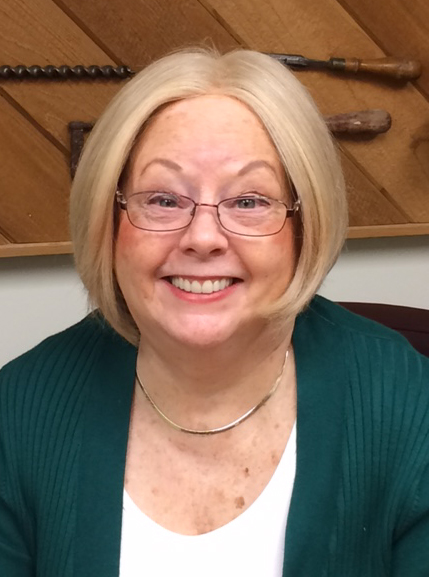 Scales (pictured) says Brookstone would like to expand but cannot find labor. “Just like every industry, the big limitation is staffing. We are booked through next summer, but it makes it difficult to look at new jobs. I would certainly be looking at more jobs if I could get staffing,” she says, but adds business is good with several federal and state projects as well as pharmaceutical projects in the pipeline.

Morse points out there are a variety of positions and opportunities at construction companies, including administrative roles.

Field work, though, has its appeal. “Some people just aren’t cut out to be a desk jockey,” says Scales. “They are good with their hands and like to be creative. We need to break that old myth that you have to go to at least a two-year college, or you won’t amount to anything.”

Prince of R.M. Piper says there has never been a better time to explore careers in construction. “The construction trades are gaining a lot of traction, being recognized as a viable option for building a successful career. If there is anything the past couple years have taught people, it is to go ahead and take the leap to try something new.”

ABC NH/VT is leading an initiative called iBuildNH that encourages young people to look at careers in the industry, but also tells “the hero story” in videos of young women who left other careers fields to get into the trades. “We identified middle and high school students who hadn’t had [the] experience of seeing women in construction,” says Reap. “By having these individual women in the videos, it really speaks to young women.”

Leading Through Challenges
While many sectors continue to recover from the hit they took during the pandemic, construction has remained strong.

With the demand for warehouse, biomedical and pharmaceutical space, the housing boom and funding for municipal projects, there is more than enough work to go around. And there is more on the horizon as the federal infrastructure bill starts pouring additional funds into the economy.

Some companies are busier than ever, with backlogs growing, but all are dealing with the workforce shortage, supply chain challenges and skyrocketing material costs.

Thomas says the backlog for 2023 is substantial, and it’s possible that 2022 could be a record-breaking year in the firm’s 87-year history. “It’s a really exciting place to be, particularly coming out of the last two years,” she says. Current projects include multi-use, multi-family buildings at Tuscan Village in Salem and a 384,000-square-foot packaging facility for Rand Whitney in Massachusetts.

R.M. Piper, which focuses on heavy, highway and bridge construction and repair work for municipalities and the state, is benefiting from increased investment in infrastructure. “With the authorization of additional federal funding for New Hampshire transportation projects, I expect the state and municipalities will be looking to accelerate their schedules for infrastructure repair,” Prince says.

For Richardson Electrical Company, the early pandemic was a busy time with work at the Navy Yard and the Air National Guard as well as a variety of federal projects. However, bidding for projects is becoming more competitive, she says. “[Low bidders] were bidding at our cost of materials, and we would just be shaking our heads trying to figure out how they are going to get it done at that price. There’s no way we could meet it,” Richardson says.

Richardson Electrical Company is now finding new sources of work. “We always ruled out residential because being a union contractor we felt that it was tough to compete, but we’re finding that a lot of people are having trouble finding electrical contractors. We’ve decided to test the waters in this niche, and it seems to be successful,” she says.

Clark of Turnstone Corporation says while next year looks strong with a good backlog, this year has been more challenging due to delivery delays and other supply chain issues. “What we’re seeing is a job that took us seven to eight months to complete three years ago is now taking us 10 to 12 months,” she says.

Creating Legacies
While they come from different backgrounds, these leaders share a passion for shaping their communities and a satisfaction that comes from seeing the completed structures their crews have built.

“I think that is the coolest thing about what we do. It’s very tangible,” says Clark. “I came from an accounting background as an auditor, and I made some significant impacts, but nobody ever noticed. The fun part is working in the beginning and then seeing it become a very tangible piece of art.”

Thomas of PROCON agrees. “I was in consulting and did a lot of PowerPoints. It was very interesting work but after four years, I just had a lot of PowerPoints. Now I can look back at the last decade of working here and point to physical buildings that are not only beautiful projects, but they’ve made communities better and are improving people’s lives.” 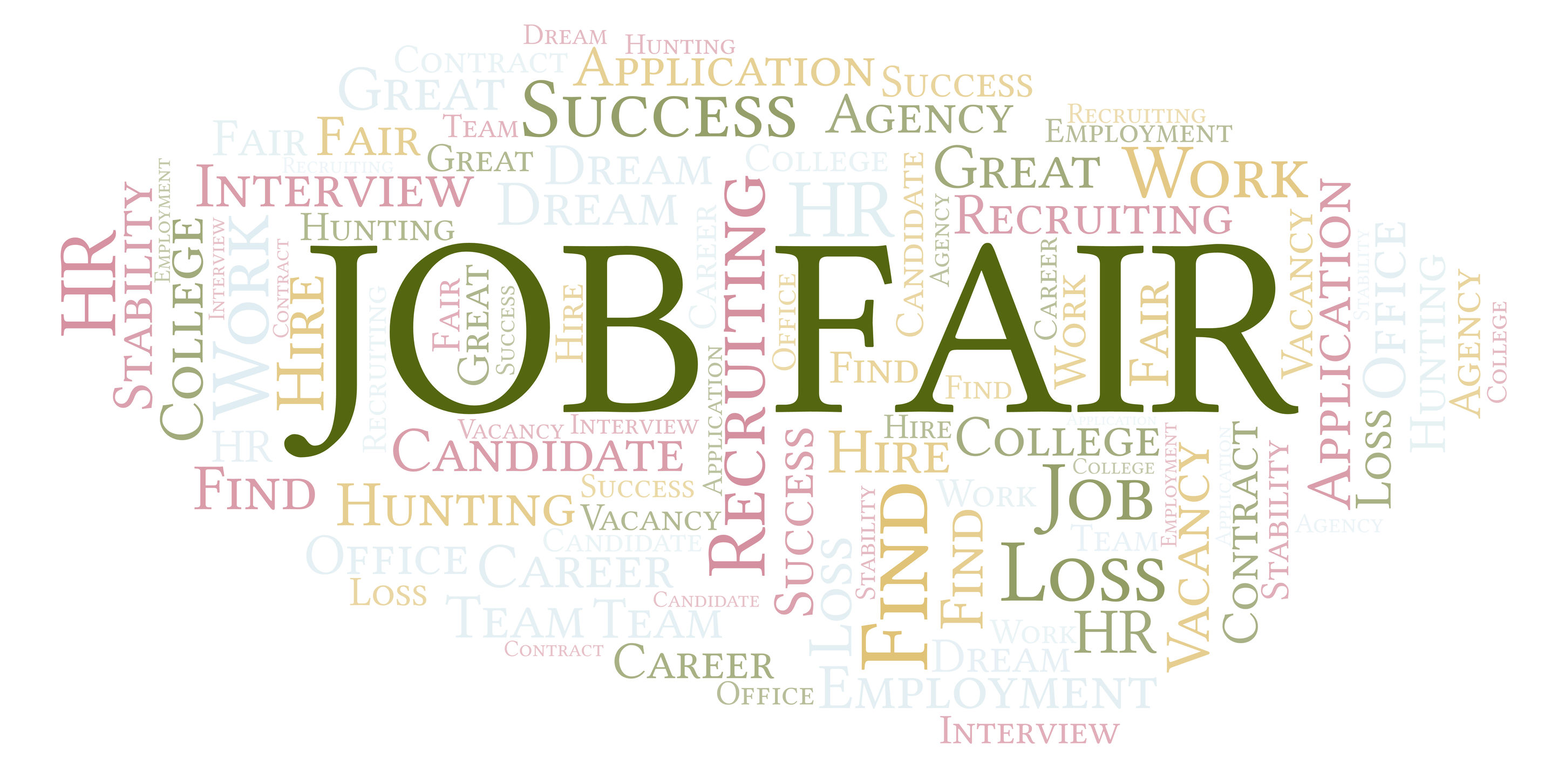 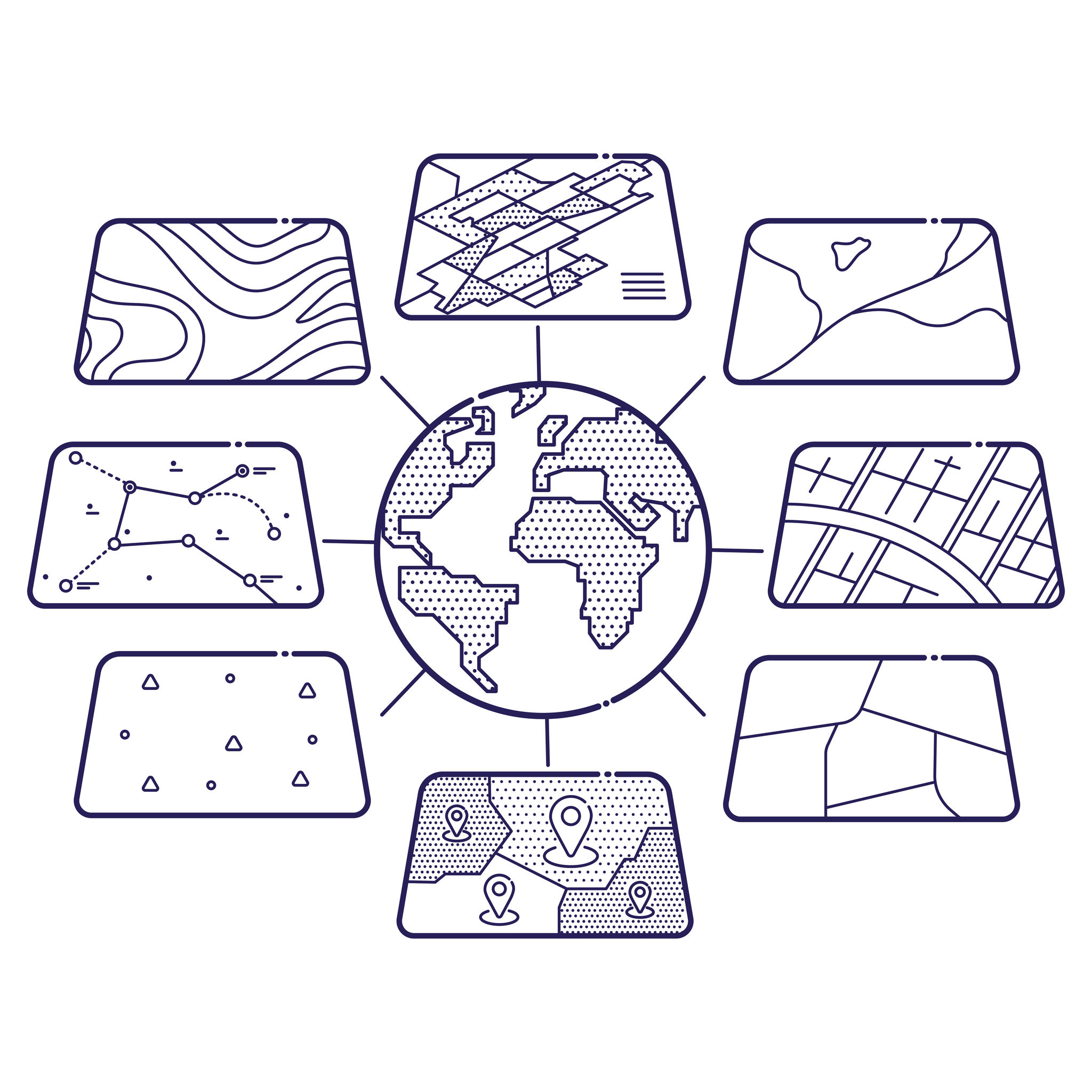