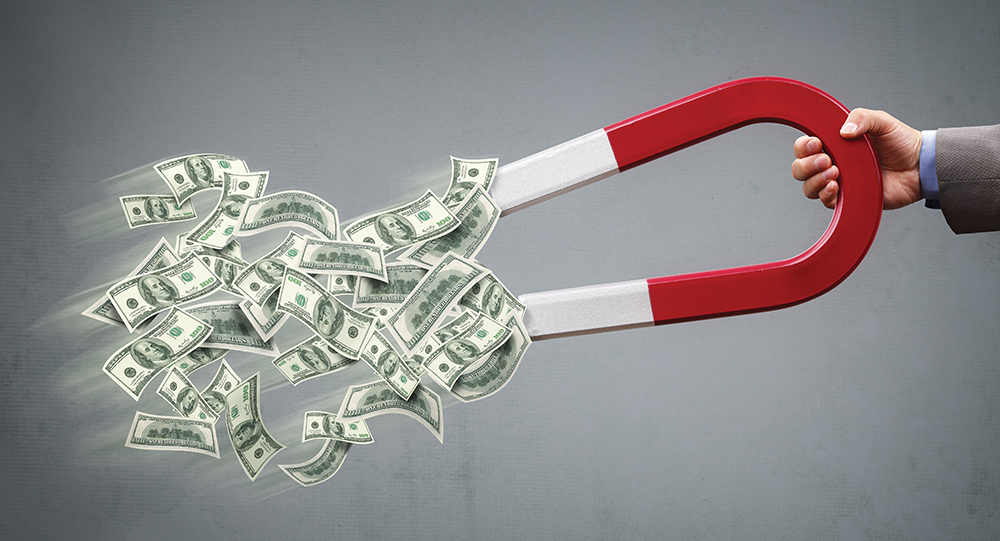 “We’re now seeing new startups in some places, like New Hampshire,” Cassidy says. “Generally speaking, new startups tend to be the result of larger banks being consolidated away and executives of those banks starting their own banks after they’ve raised the capital. The state is leading the way with new startups.”

Bedford-based Primary Bank, which opened its doors in July 2015, was only the second bank in the country to launch after the crisis, and now a group of investors are attempting to open a new bank in Nashua: Millyard Bank. If it receives regulatory approvals, it will become the only bank with headquarters in Nashua.

The leaders of these banks fit Cassidy’s profile. William E. Stone, president and CEO of Primary Bank, served as president of Bank of New England for 13 years, and also held positions at Bank of NH, Indian Head National Bank, First NH/Citizens Bank and Centerpoint Bank. Under the leadership of Stone, Primary Bank has grown to $200 million in assets and is already planning a branch office in Manchester.

“I remember the day when even here in Manchester we had half a dozen banks headquartered here,” says Stone, whose father and grandfather were bank presidents in the Queen City. “It provided for a very healthy business climate.” 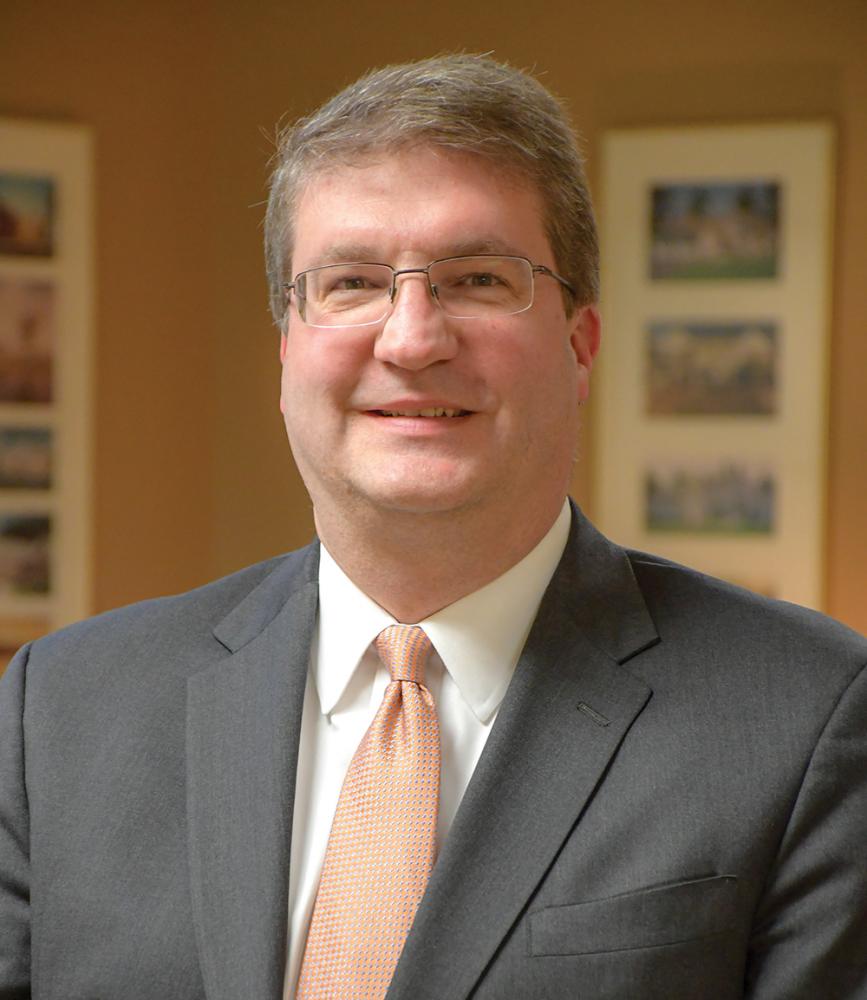 G. Frank Teas (pictured), who leads the group of Nashua business and community members establishing Millyard Bank, is also an experienced banker. He previously served as president and CEO of the Gate City’s last homegrown bank—The Nashua Bank—and was a vice president at Southern NH Bank, among other positions. He and a group of investors have formed the CBTBE Corporation (Community Bank To Be Established) as an antidote to centralized loan centers and out-of-state decision-making offered by nonlocal firms, Teas says.

“There’s not one bank that’s headquartered in Nashua whereas 30 years ago there were four,” says Teas. “We have found that the small and medium-size business owner does not have that trusted resource they once had. Other banks are doing great things for much larger borrowers. But 95 percent of businesses in New Hampshire are small businesses. We want to fill that need.”

Regional Banks Rule the Market
New Hampshire is fast becoming a prime banking marketplace, both for large, out-of-state institutions and small home grown banks like the ones that once lined the streets of Manchester and Nashua.

“I think it’s a positive reflection about the state of New Hampshire’s economy,” says NH Banking Commissioner Gerald H. Little, who adds that many lending institutions consider the state a satellite of the Boston market. “Because New Hampshire appears to be one of the brighter economic spots in New England, we have more interstate branches coming in.”

Out-of-state firms dominate NH’s banking industry, with the majority (24) of the state’s 42 FDIC-insured banks headquartered outside NH. Rhode Island-based Citizens Bank and Delaware-based TD Bank together control nearly half of the market share in NH, each with more than $7 billion in deposits in the state. Together they have 140 NH offices.

Of the 10 largest banks in NH in terms of market share, six are headquartered out of state. Bank of NH, based in Laconia, is the largest bank with headquarters in NH, ranking fifth for market share (3.6 percent) with $1.2 billion in deposits and 25 branches. 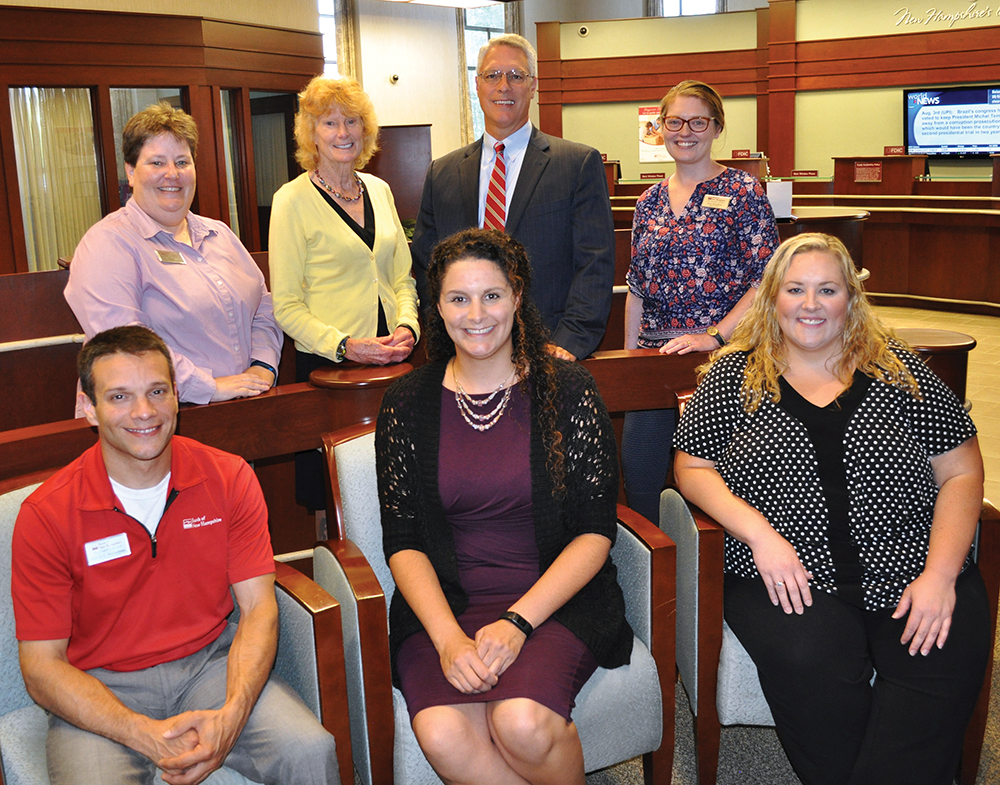 Banks Flock to NH
Many of those larger institutions are products of mergers or acquisitions that proliferated after Clinton-era legislation permitted branching of banks across state lines.

And branch they have. In the years since the 2008-2009 financial crisis, more than a dozen out-of-state banks—chiefly from Maine, Massachusetts and Vermont—have set up shop in the Granite State, with many choosing locations in the booming Seacoast area. “What we’ve seen in the last 25 years is a massive consolidation in the banking industry,” says Cassidy. “Consolidation has led to creation of giant megabanks.”

Both Citizens and TD Bank are themselves products of consolidations. TD Bank started as Portland Savings Bank in Maine and grew through a series of mergers. Citizens Bank, which has 69 offices in NH, expanded through more than 25 acquisitions.

More recently in NH, Eastern Bank in Massachusetts acquired homegrown Centrix Bank and Trust Co. of Bedford in 2014. Last year, Bar Harbor Bank and Trust in Maine acquired Lake Sunapee Bank, which itself had acquired The Nashua Bank in 2012. That acquisition rocketed Bar Harbor Bank and Trust to the eighth largest bank in NH for market share. It has 21 locations in NH, in addition to 298 locations out of state. And earlier this year, Granite Bank merged with Bangor Savings Bank in Maine, which now has five NH locations (Amherst, Colebrook, Concord and two in Portsmouth). 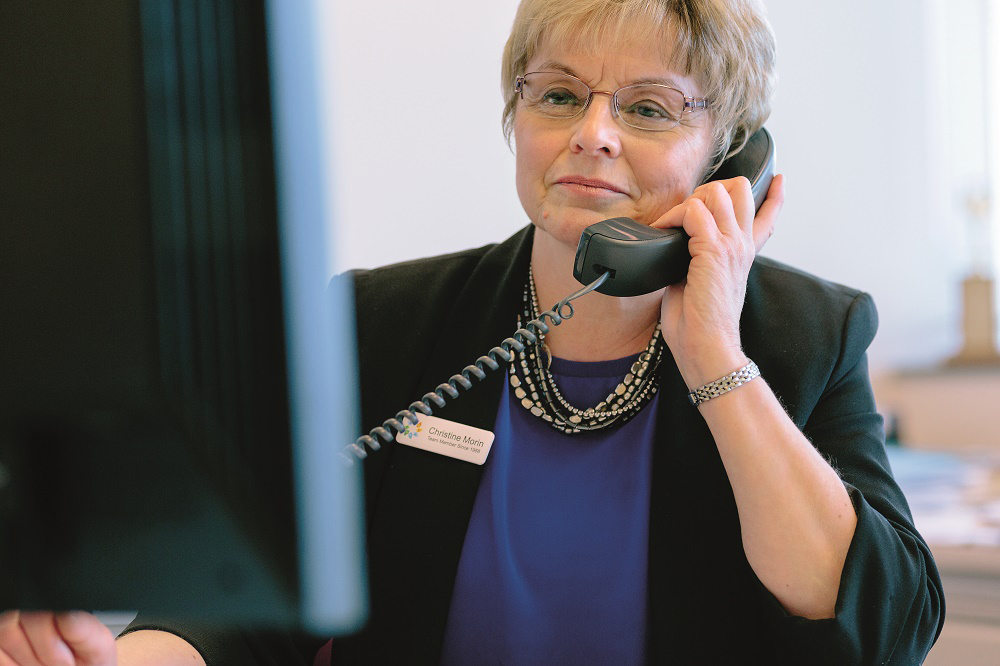 Home Grown
But now small community banks are also enjoying a new day, in part as a reaction to that wave of consolidations.

“The reason we opened was the result of continued consolidation happening in New Hampshire in the banking industry,” says Stone. “We saw there was a void in the market for a community bank to serve the small to medium-size business customer. It’s been three years now and we’ve seen pretty strong growth, which bears out the fact that our belief was correct.

“What we believe is that the New Hampshire business community would prefer for the most part to deal with a locally owned and locally managed bank that was doing all its business in southern New Hampshire,” he adds. “The decisions we make as a bank that will affect local businesses are different when we ourselves live here.”

While it is the smallest and newest NH-based bank, Primary Bank still has larger market share than 13 out-of-state banks with operations in NH. 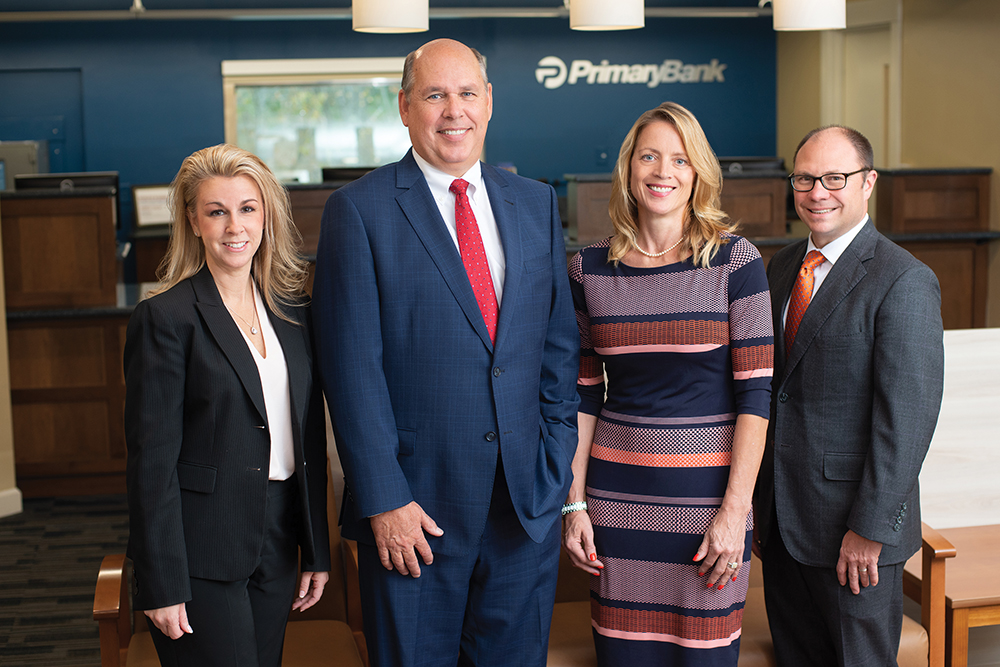 Before Primary Bank, the newest NH-based bank was Optima Bank & Trust Company, which launched in Portsmouth in 2008. Optima, which now ranks 13th for market share in NH, posted record growth in 2017 and is among the fastest-growing banks in NH. In December, though, Optima announced it is merging with Massachusetts-based Cambridge Bancorp, the holding company for Cambridge Trust Company. In a stock and cash deal estimated to be worth $67 million, Cambridge will operate Optima’s six full service branches in addition to its three NH wealth management offices.

“While Cambridge Trust has provided wealth management services in the New Hampshire community since the 1990s, it has lacked comprehensive banking services,” Cambridge Trust stated in a  press release. The combined company will have more than $2.5 billion in assets, $1.9 billion in gross loans, $2.2 billion in deposits, and $3.2 billion of wealth management assets. Daniel Morrison, chairman, president and CEO of Optima, and other key members of the Optima team will remain with Cambridge to drive growth in southern NH. The transaction was approved by the boards of directors of both companies and is expected to be completed in the second quarter of 2019 pending regulatory approval.

A third new community bank, Millyard Bank, is awaiting state and federal approval. CBTBE envisions having one physical location in Nashua, for Millyard Bank that will offer in-person banking services, with electronic delivery of products and services eliminating the need for additional branches.

CBTBE has filed a charter application with the state banking commission and one with FDIC for deposit insurance. Approval could take months, according to Teas, who anticipates opening the bank in summer 2019. In the meantime, the group is also capitalizing the bank, with the objective of raising $20 million from local shareholders.

Healthy Competition
Is there enough room for both startups and megabanks in the NH banking landscape? Yes, according to Little, who says consumers are the ultimate winners. “When competition increases, those who are competing in that market have to sharpen their pencils and market better, offer more aggressive rates,” he says.

Cassidy likewise says he sees no losers in the contest for business. “Consumers and business customers still have ample access to credit,” he says. “The consolidation we’ve seen has not cut off credit availability to creditworthy borrowers, so local businesses are not necessarily hurt by consolidation.”

Teas says there is room for smaller banks, adding that the plans for Millyard Bank “wouldn’t be moving forward unless we had the data to support the need for a community bank.”

These experts predict continued growth for both the state and its banks, especially in areas like the Seacoast, where several out-of-state banks have established branches.

Little says that’s because the Portsmouth area provides “an extremely attractive environment from a business and social standpoint,” he says. But the Seacoast isn’t alone in its growth potential. “People recognize there’s economic opportunity in New Hampshire,” adds Little. “They feel there’s room here, that if they get into the state and get established, that this economy is going to continue to grow.” 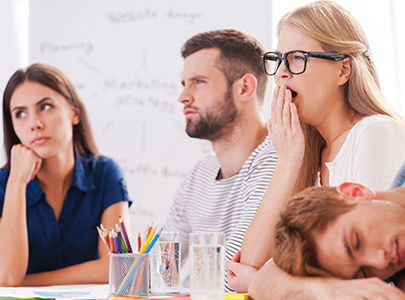 Signs You Need More Sleep, Based on Work Behavior 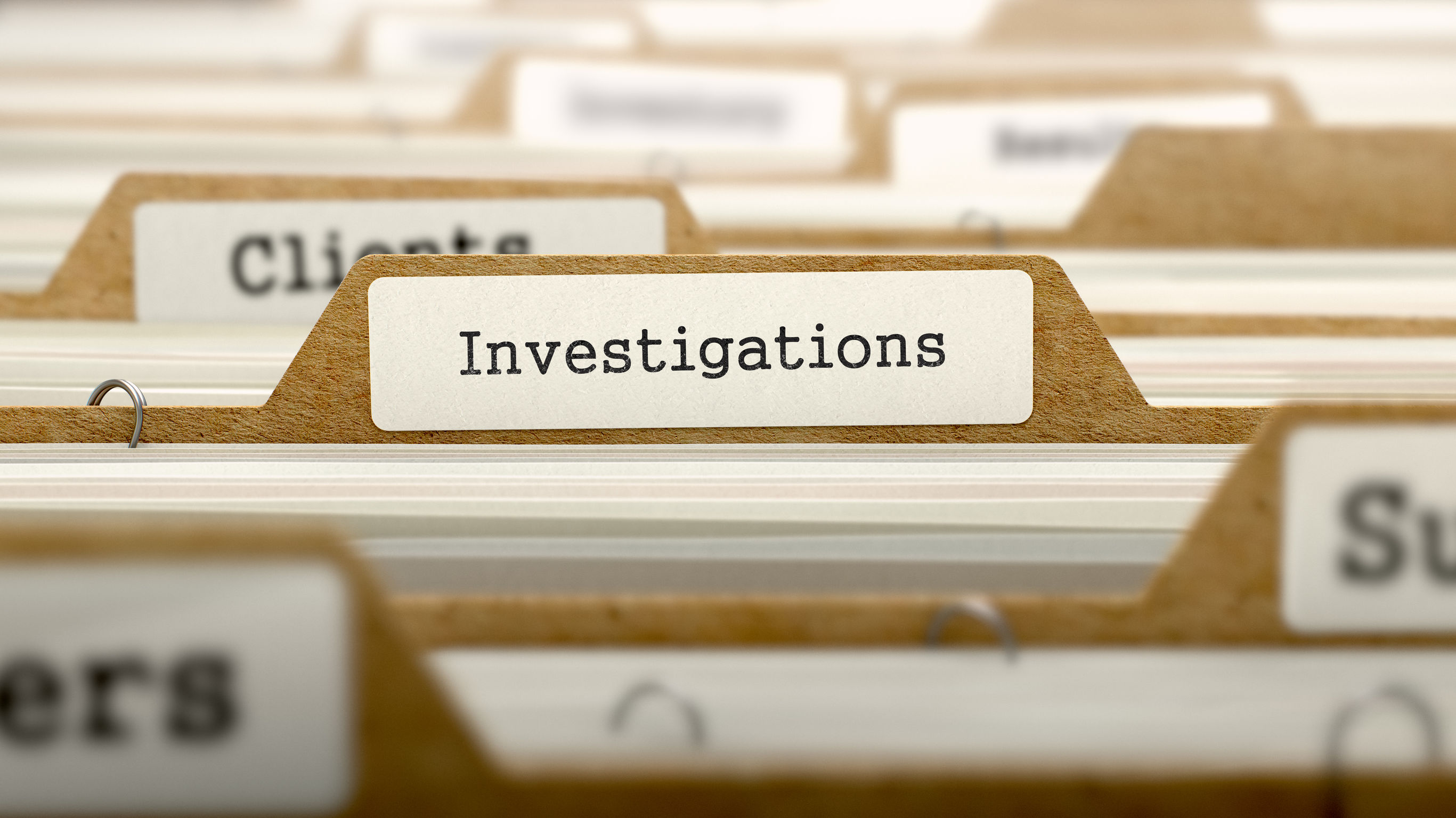