The underappreciated marshmallow is plopped into hot chocolate and mashed between s'mores.  It's an airy treat that doesn't get much thought beyond that. A new company, Planet Marshmallow in Milford, is on a mission to change that, offering a line of gourmet, flavored marshmallows from peanut butter to mint chocolate chip.

After a lot of trial and error in a short amount of time and untolled test batches, they formed Planet Marshmallow in January. By early March they shipped their first order. The wholesale business has quickly taken off. The two partners, foodies Heather Cox and Kristi Buttler, had hoped to land in 10 stores selling five bags a week each. We thought that was aggressive, Buttler says. Their products are already in 16 stores, selling 20 bags a week at each. I don't even know what we'll do when people actually know who we are, she says.

Cox and Buttler met online when Cox responded to an online ad to join a supper club Buttler was forming seven years ago that still meets monthly. Over the years, the friends discussed going into business together, while sharing an obsession with remaking recipes. This past Christmas, the two ideas intersected when Buttler made marshmallows for holiday cookies.  They tasted good, and we asked, can you make different flavors of marshmallows', Cox says. They began researching whether there were companies making flavored marshmallows and finding little competition, began testing recipes, testing their concoctions on willing friends and family. They found resealable bags for packaging and hired a marketing firm to design the logo.

The business produces marshmallows in several flavors, including vanilla, chai spice, toasted coconut, cookies and cream, s'mores, chocolate chipotle, peanut butter, peanut butter bash, mint chocolate chip, and chocolate chip. And there are more in development. The problem is not coming up with flavors; it's saying no to flavors, Buttler says.

Planet Marshmallow hosts toasting events at various locations, allowing people to toast and try their gourmet treats, and it's helping to get their name out there. We made 9,000 marshmallows this weekend, Cox says, beaming as she explains Planet Marshmallow was also featured in the swag bags for the Sports Emmys held in New York City in May.

We want to be in every gourmet store in New England by the end of the year, Buttler says. We're taking over the planet one marshmallow at a time. For more information, visit www.planetmarshmallow.com. 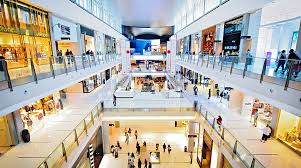 Seasonal Hiring Expected to be Flat