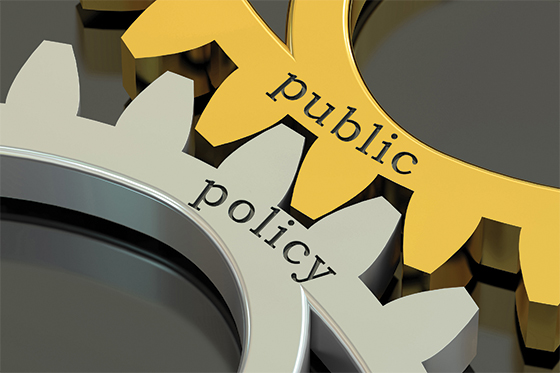 In January, the NH Center for Public Policy Studies produced a list of policy issues that state and local policy makers, business leaders and others were going to face in 2016. Here’s a status update about some of the big ones.

Opioids
Between 2013 and 2014, NH experienced a 73.5 percent increase in drug overdose deaths. Only North Dakota saw a larger increase. In 2015, there were 439 confirmed overdose deaths, and NH’s Medical Examiner’s Office is estimating that in 2016 there will be even greater losses. In November 2015, the Legislature held a special session on the issue, and in January, the governor signed a bill that strengthened penalties for fentanyl possession and distribution, created a uniform standard for insurance coverage for substance abuse treatment and created a commission to examine the state’s use of Narcan. In addition, a substance abuse disorder benefit was added to the state’s Medi-caid program, providing 150,000 Medicaid recipients with additional benefits.

With no slowdown in overdose deaths, expect more energy to be focused on this issue.

Medicaid
As of January, the State’s Medicaid expansion—the NH Health Protection Plan—was set to end without additional legislative action. The program provides health coverage to approximately 44,000 low-income individuals, representing 20 percent of the state’s Medicaid program. Legislators had to decide whether to reauthorize the program.

Policy concerns focused on whether the program should also require individuals to demonstrate that they were working, attempting to find work or seeking training. After much debate, legislators barely passed, and the governor signed, HB 1696 that included a requirement that the commissioner of Health and Human Services seek federal approval for a work requirement in the program.

Because 2017 is a budget year, the question of who is going to pay for this program moving forward is likely a top priority.

K-12 Education
The vast majority of the 233 cities and towns in NH have fewer children enrolled in public schools than a decade ago. About two-thirds of NH towns experienced a decline of at least 10 percent between the 2005/2006 and 2015/2016 school years. The NH Office of Energy and Planning has predicted that NH will experience a 13 percent reduction in school-aged children during the next 15 years.

Only 18 communities—including Dover, Portsmouth and Bedford—experienced a significant increase in children being served during the past decade.

In the face of a lawsuit brought by the city of Dover questioning the constitutionality of certain provisions in the state’s education funding law, the Legislature passed legislation eliminating a cap on how much state adequacy payments could increase in communities in which enrollments were growing. While this policy helped communities experiencing growth, there has been virtually no statewide conversation about the decline in enrollment and what that should mean for state policy. Look to the Legislature to open this conversation in the next session.

An Aging NH
As of 2014, NH’s median age was 41.8, making us the third-oldest state in the country (behind Maine and Vermont). Contrast the NH experience with Colorado and Utah, with median ages of 36.2 and 29.9 respectively. This trend has profound implications for virtually every policy conversation: health care, workforce development and spending on the state’s long-term care system, which is supported by county tax dollars.

The chairman of the state’s House Finance Committee convened a work group to discuss what state government could do to manage these seismic shifts. The final report from the group suggested that the object of state demographic policy should be healthy, net in-migration.

Policy recommendations included: developing a Joint Legislative Committee on Demography to oversee the demographic implications of proposed and enacted legislation; monitoring operating performance against the state’s net in-migration targets; and including in the budget process information about the expected demographic effects of proposed and approved budgets. It’s unclear yet whether this work will increase legislative focus on demographics, but the growing demand for elder services will certainly be a part of the biennial budget process that starts this fall.

Steve Norton is executive director of the NH Center for Public Policy Studies, a nonprofit, non-partisan organization in Concord. Norton can be reached at snorton@nhpolicy.org.

October Summit to Focus on Manufacturing