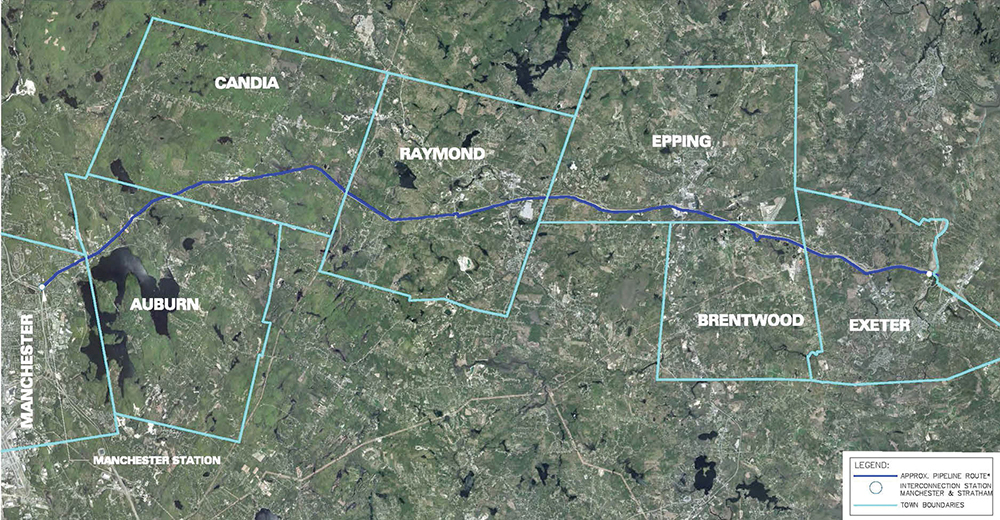 The Granite Pipeline’s approximate route between interconnection stations in Manchester and Stratham is outlined in dark blue. Courtesy photo.

Liberty Utilities continues to move the Granite Bridge project forward, recently providing additional economic analysis to the NH Public Utilities Commission (PUC). The project is intended to bring additional natural gas from the Seacoast to the central part of the state and would be built in the NH Department of Transportation right-of-way along Route 101, a state-designated Energy Infrastructure Corridor.

John Shore, senior communications and marketing manager at Liberty Utilities, says while the company undergoes its PUC review, it’s hard to say how much longer it will take. Though the company hopes for approval this year, “If that happens, then we will file with the NH SEC [site evaluation committee], which will take another year,” he says.

Liberty Utilities serves about 92,000 natural gas customers from Nashua to Laconia and about 44,000 electricity customers in Salem, Pelham and Hanover, Shore says. “The main reason behind the project is to serve existing and future customers in the middle of the state. We get our gas through a pipeline from Dracut, [Massachusetts]. It is at full capacity, and we cannot get more from that source,” he says.

The PUC review of Granite Bridge began in 2017, and the project also includes plans to build a storage tank with up to 2 billion cubic feet of liquefied natural gas, which has run into opposition in Epping.

“We need to prove that there is a need and what we are proposing is the best-cost option for doing this,” Shore says. “We looked at expanding capacity on the existing line, such as making the pipe bigger to get more gas through it, but this is more cost-effective.”

If approved, the project would create about 330 construction jobs for about two or three years and 15 permanent jobs, Shore says. “It is the cleanest burning of the fossil fuels, convenient, piped right to your home or business,” he says. Tom Irwin, NH director of the Conservation Law Foundation, says the organization is opposed to the project as it results in continued reliance on natural gas. 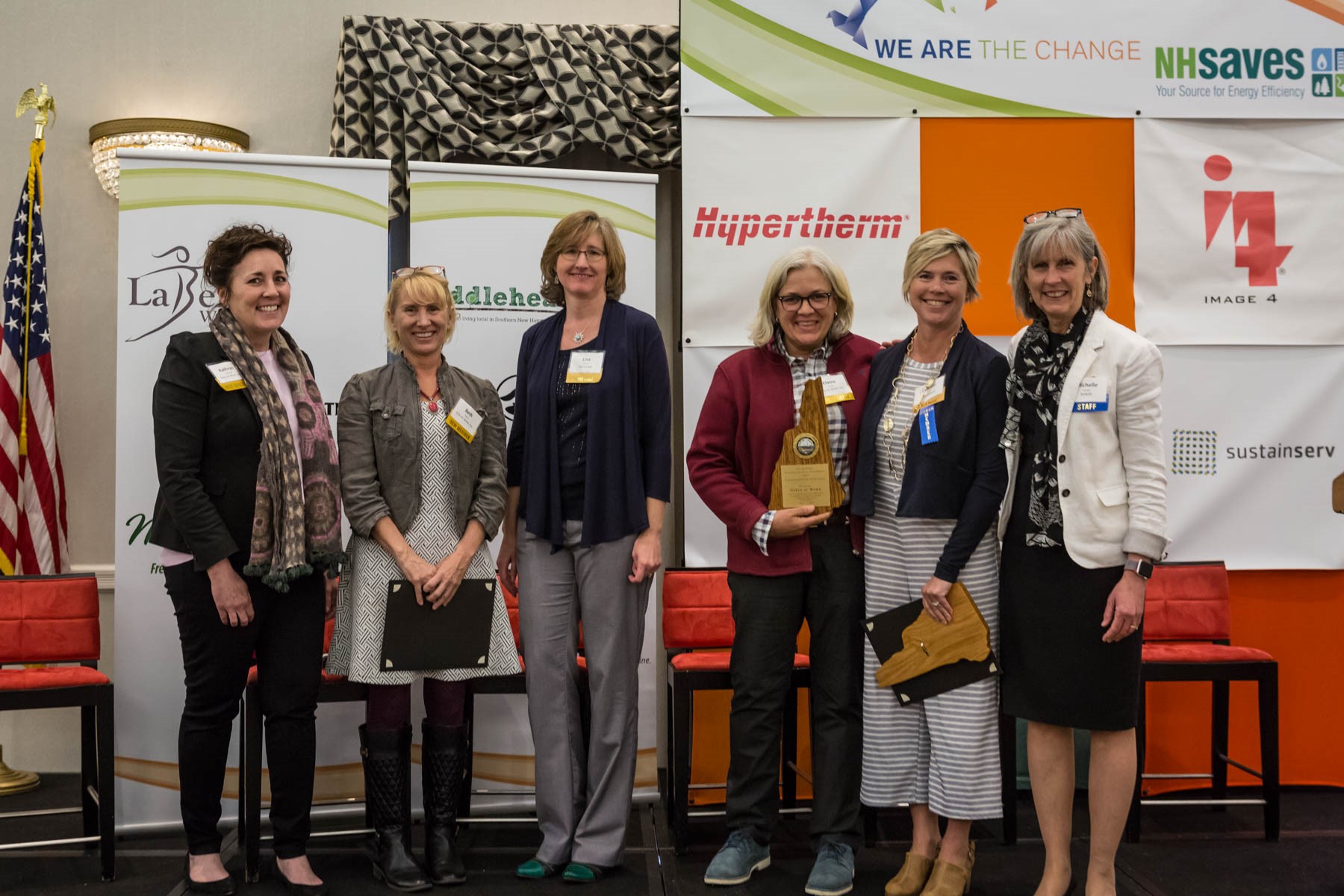