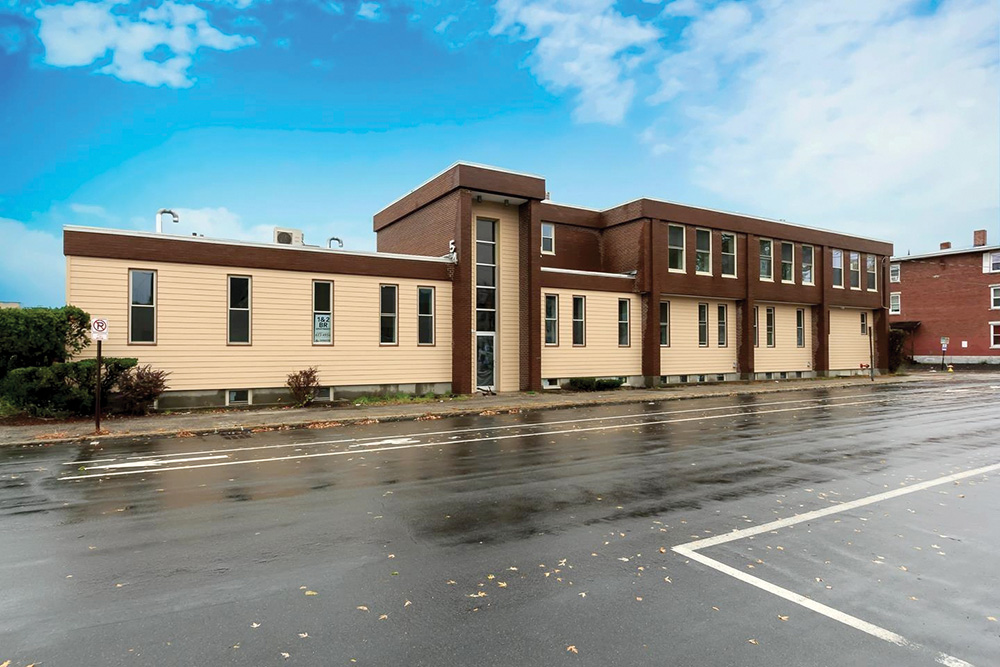 The exterior of 540 Chestnut St. in Manchester, above, and the interior, below, converted to apartments. (Courtesy of Ben Gamache) 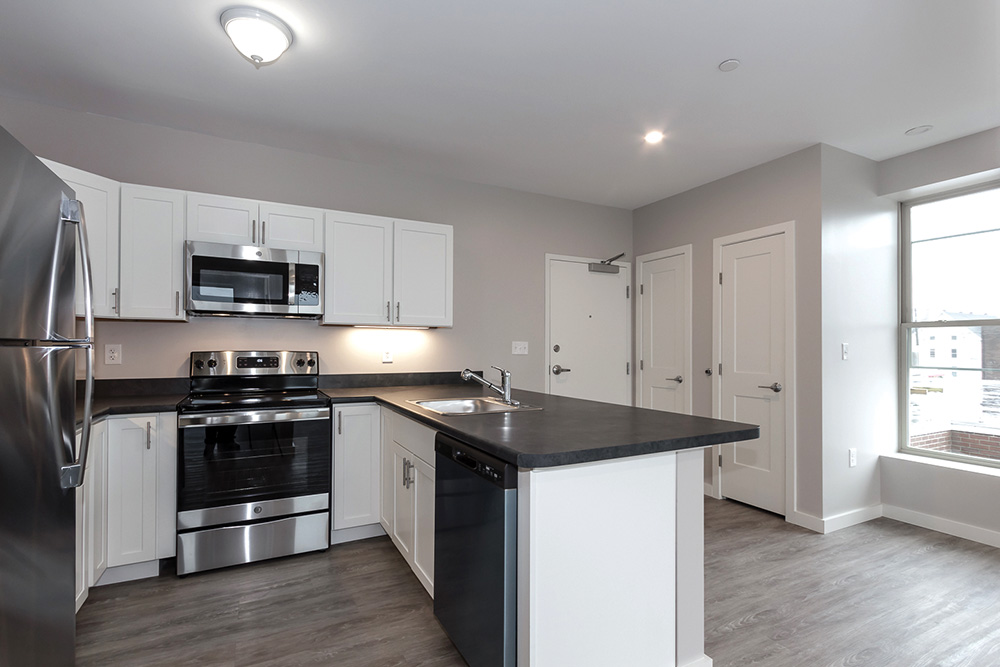 Before its conversion to apartments last year, the 14,000-square-foot office building at 540 Chestnut St. in Manchester was 30% occupied. “Now we have a 12 two-bedroom, two-baths building that’s all full,” says developer Ben Gamache.

Meanwhile, the life insurer John Hancock decided to vacate its 100,000-square-foot office at Pease International Tradeport in Portsmouth. Though leasing offices tends to be more lucrative, the building was originally designed for industrial use, and when it came on the market, “there were at least three industrial warehouse companies that were looking at the building to convert it back,” says Kent White, a Portsmouth-based partner and principal broker at The Boulos Company.

The Portsmouth-based Kane Company, which owns the former John Hancock building, states through a spokesperson that it is “exploring the conversion” of the structure back to its original industrial use and is “also working with an end user to potentially lease the entire space.” 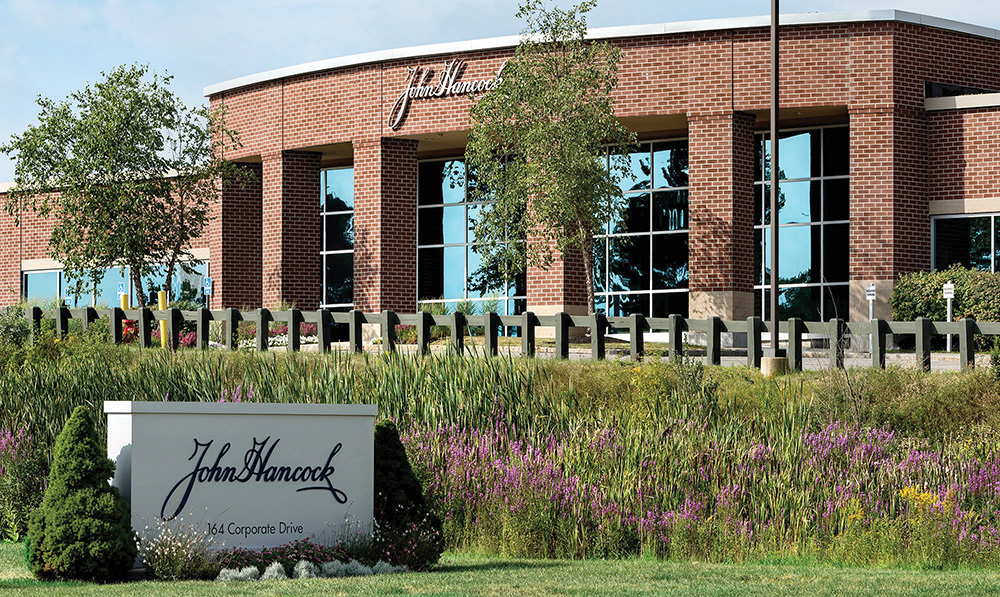 Those two properties highlight trends in the commercial real estate market in NH right now, according to brokers and analysts. Industrial space is in high demand and short supply, fueling a dramatic increase in rents. Demand for office, meanwhile, remains soft, with plenty of availability and lingering uncertainty about the future of remote work.

“The industrial market remains as strong as ever,” says Joe Friedman, president of Skyline Realty in Durham. “There’s not enough product for the demand.”

The office market is “a different story,” says Kristie Russell, the research manager for NH and Maine at Colliers. Vacancy rates have risen during the pandemic, and many companies are reconsidering their footprints as their leases expire. “Now they’re making the decision, are they gonna stay or are they gonna go?” she says.

Who’s Willing to Pay the Most?
For most of White’s more than two decades in real estate, industrial rents have stayed fairly stable, he says. Then came 2021.

Driven by high demand and limited inventory, industrial rents in NH rose from $6.94 per square foot at the end of 2020 to $9.21 as of the first quarter of this year, according to research by Colliers, while the vacancy rate dropped from 4.5% to around 3%.

“We’ve never seen an increase like that on the industrial side,” says White, who focuses on the Seacoast region. 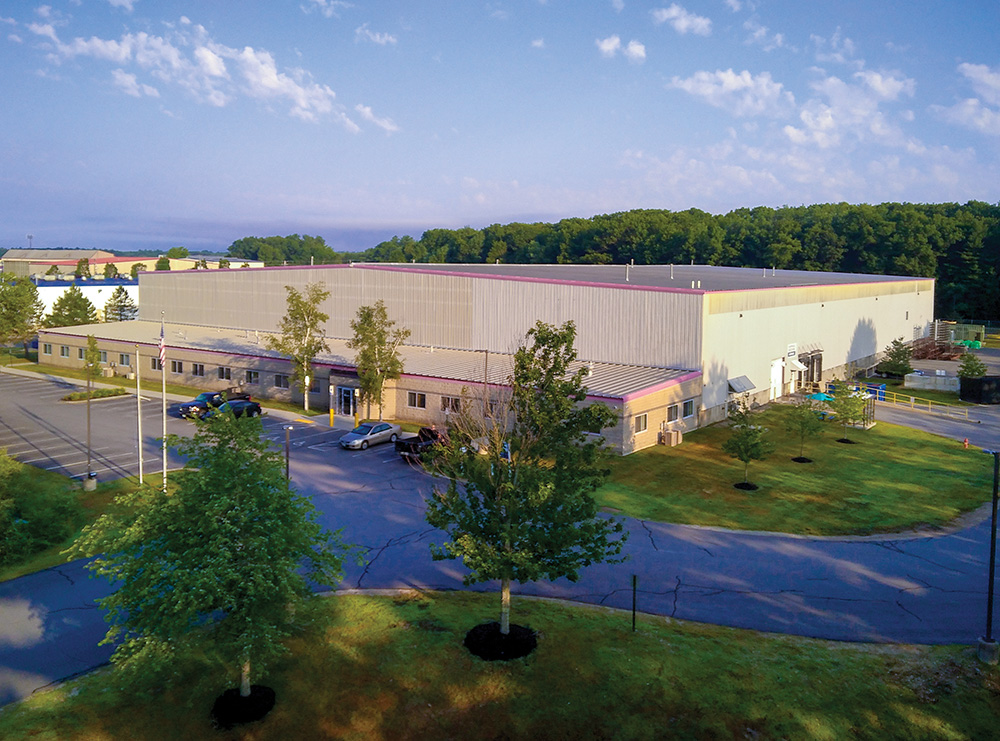 Russell expects vacancy rates to stay at or below 3% for the foreseeable future. “The industrial market is definitely tightening,” she says.

Brokers and analysts attribute the hot industrial market to several factors, including companies ramping up production to meet increased demand and responding to supply-chain disruptions by storing more goods onsite or manufacturing stateside, as well as looking to NH when they can’t find space near Boston.

That demand extends to spaces of all sizes, from massive warehouses to smaller units for contractors, says Chris Pascucci, managing director at SVN The Masiello Group in Bedford.

“We just recently did a deal at $12 a square foot, which just sounds crazy,” he says of a transaction in Hillsborough County.

“But it was in the area, there was no other inventory, we were looking for a while, and something came on the market and a lot of groups wanted to rent it. So it was a matter of, who’s willing to pay the most for it?”

Space is especially tight in certain markets. In the first quarter of this year, industrial vacancy rates for the Manchester and Portsmouth submarkets were 0.2% and 0.9% respectively, according to Colliers.

If that persists, White says, it could affect the local economy more broadly. “My biggest concern is that it’s gonna force some companies to potentially move out of the Seacoast because they just can’t satisfy their growth here,” he says.

The pace of new construction will be a major factor affecting the industrial market in the months to come, says Russell.

Already, demand is spurring new development, she says, though it’s “being leased pretty much before it’s available.”

Converting Offices into Housing
When a company needs industrial space, Pascucci can usually find something, but it may not be the first choice. Things look different on the office side.

“If somebody comes to me and says, you know, ‘I’m growing my office or I want to relocate,’ ” Pascucci says, “I’ll usually sit down and whatever they tell me, I’ll say, ‘Don’t worry, I can find it.’ ”

Demand for office was flagging even before the pandemic, according to people in the industry, but the COVID-era shift to remote work further reduced it. The office vacancy rate was 11.3% in the first quarter, compared to less than 8% two years ago, according to Colliers.

While the office vacancy rate flattened over the second half of 2021 and the beginning of this year, Russell says that’s partly because properties are being taken off the market as developers turn them into apartments. With a statewide housing shortage, she expects that trend to continue.

“That might be the only reason why we see vacancy actually go down,” she says. 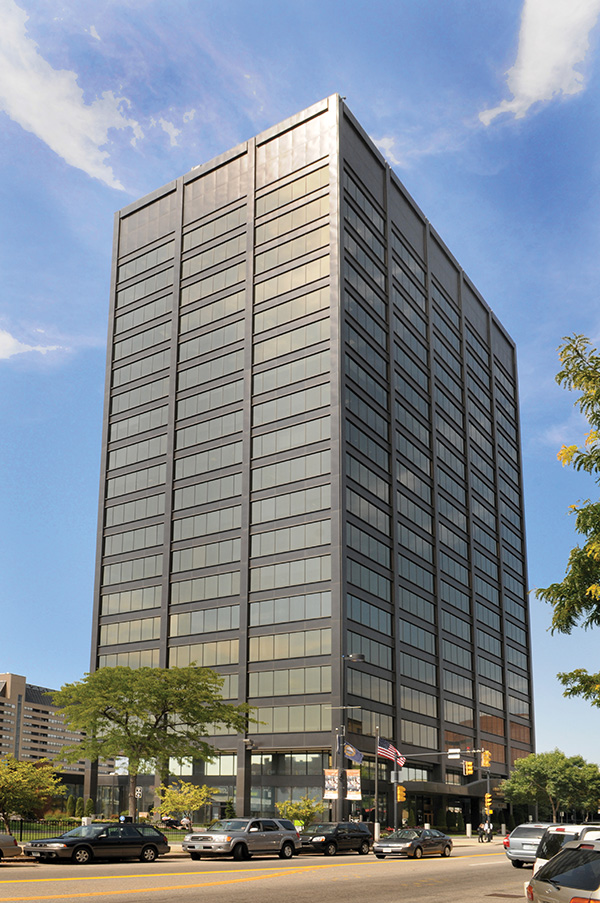 In Manchester, for instance, Brady Sullivan is converting several floors of its tower at 1000 Elm St. (pictured) from offices to apartments. Principal Partner Arthur Sullivan says the decision was in the works before the pandemic, when some federal agencies left for government-owned facilities and efforts to re-lease those offices didn’t gain the expected traction.

Ben Gamache, the founder and president of Manchester-based Gamache Properties, sees similar opportunities. As of late March, his company had recently completed or was working on several office-to-apartment conversions in the city. That includes a building next door to 540 Chestnut St., where Gamache was creating 12 one-bedrooms with small home offices meant to appeal to the work-from-home crowd.

Offices in downtown Manchester were already starting to empty out, he says, but “when COVID hit, that was the big bang.”

Demand remains higher in certain spots. In downtown Portsmouth, for example, developers shouldn’t have trouble filling new office developments, Friedman says. “Given the growth in Portsmouth, that’s a unique situation there,” he says.

Some brokers also note an interest in smaller offices, as more people leave companies to start their own. In Keene, for instance, H.G. Johnson Real Estate is dividing a vacant 6,000-square-foot office into several smaller ones.

“There’s been a great amount of activity around the Keene area for people that either have leased or are looking to lease smaller spaces,” says Greg Johnson, principal broker and owner of the Keene-based firm.

“Office is never gonna go away,” Pascucci adds. But for “the foreseeable future, I think the demand for office will be still on the lighter side, and for less space.” 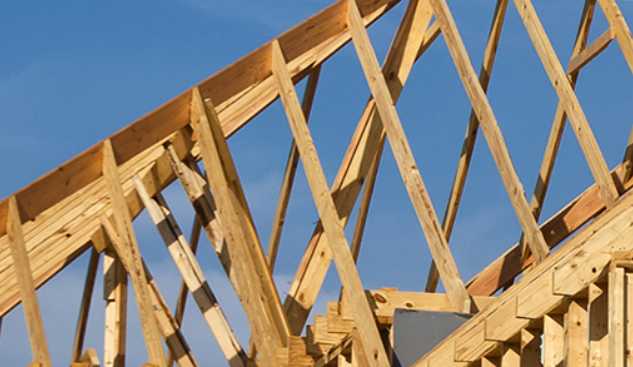 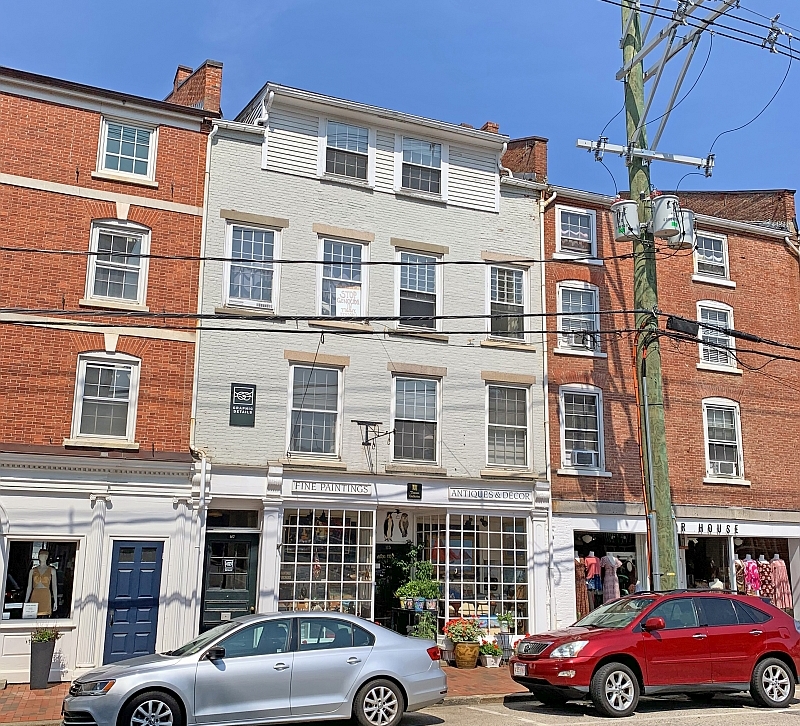