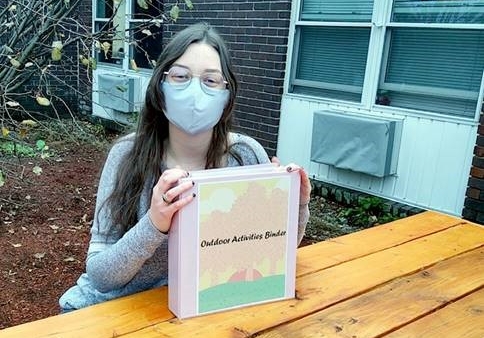 Making sure that nursing home residents get enough sunshine to fight vitamin D deficiency has been proven to improve their physical and mental health. Gold Award Girl Scout Erica Faucher has made it possible for the residents of nursing homes to get the sunshine that helps make vitamin D, and in the process earned Girl Scouting’s highest honor.

Faucher, 18, of Milford, had been involved with the Young Kasamas club at Milford High School for several years, visiting the residents of Crestwood Center to play games, helping with activities, and simply spending time chatting with them. When she realized that residents often don’t get enough vitamin D, usually because they don’t spend much time outdoors, she decided to make their world better with her Gold Award project, “Battling Vitamin D Deficiency in Nursing Home Residents.”

To earn the Gold Award, a Girl Scout must spend a minimum of 80 hours on a project that will change the world for the better. It is earned by girls in grades 9-12.

“Many of the residents don't get visited enough by family or friends and really appreciate youth from their community coming in to see them,” Faucher wrote in her final report for her award. “I care a lot about the residents there, and have even made close connections with a few of them. I really enjoy volunteering there. I wanted to help the residents more in some way that would make them happier. I found online that many nursing home residents across the globe do not get outside enough, and are vitamin D deficient as a result.”

To address this issue, Faucher decided to encourage residents to spend time outdoors by building a wheelchair-accessible picnic table and a wheelchair swing. She also compiled a binder full of ideas for activities residents can do outdoors, created a website about the issue, and made a brochure that Crestwood and other facilities can make available to inform the public about vitamin D deficiency and the steps one can take to combat it.

“I wanted to do something for these people,” she said. “It’s linked with dementia and depression. It’s a problem all over the world. Getting people in the sun would help.”

Simply buying a wheelchair swing would have been expensive, so this enterprising Girl Scout decided to enlist the help of a family friend with strong carpentry skills to build her swing.

“I definitely learned a lot about engineering and woodworking skills!” she said. “I learned to use a router.”

She also became more skilled at leadership, organization, money management, and communication as she pulled together her team of volunteers to work on the project.

Faucher began Girl Scouts in first grade, and continued through 12th grade, becoming a lifetime member after her high school graduation. She hopes to lead a Girl Scout troop in the future. In the past year, she served as a girl representative for Girl Scouts of the Green and White Mountains – the council serving girls across New Hampshire and Vermont - and was one of the council’s delegates to the Girl Scouts’ national convention in 2020. She also spent seven years with the Swift Water Paddlers, a Girl Scout canoe racing team. Camping has been a big part of her life, first as a camper, then as a camp counselor at Camp Kettleford in Bedford.

She was also on her high school’s swimming team, part of a vocal group called West Street Beat, and a member of the National Honor Society in her junior and senior years. Faucher is about to attend the University of New Hampshire, majoring in microbiology along with a minor in writing.

“I just hope that everybody considers going for the Gold Award,” she said. “It’s not an opportunity a lot of people have. It’s a really amazing experience that I’m sure will open lots of doors for me in the future.”

Gold Award Girl Scouts don’t just change the world for the better, they change it for good. The Gold Award is earned by girls in grades 9–12 who demonstrate extraordinary leadership in developing sustainable solutions to local, national, and global challenges. Since 1916, Girl Scouts have answered the call to drive lasting, impactful change. They earn college scholarships, demonstrate high educational and career outcomes, and are active in their communities.

Erica Faucher has answered the call to drive lasting, impactful change, and her Gold Award is a testament to her remarkable dedication to improving her community and the world.

About the Girl Scout Gold Award

Pictured: Gold Award Girl Scout Erica Faucher, 18, of Milford, sits at a wheelchair-accessible picnic table she built and displays a binder full of ideas to get nursing home residents outdoors and exposed to the sun in order to fight vitamin D deficiency. (Courtesy photo) 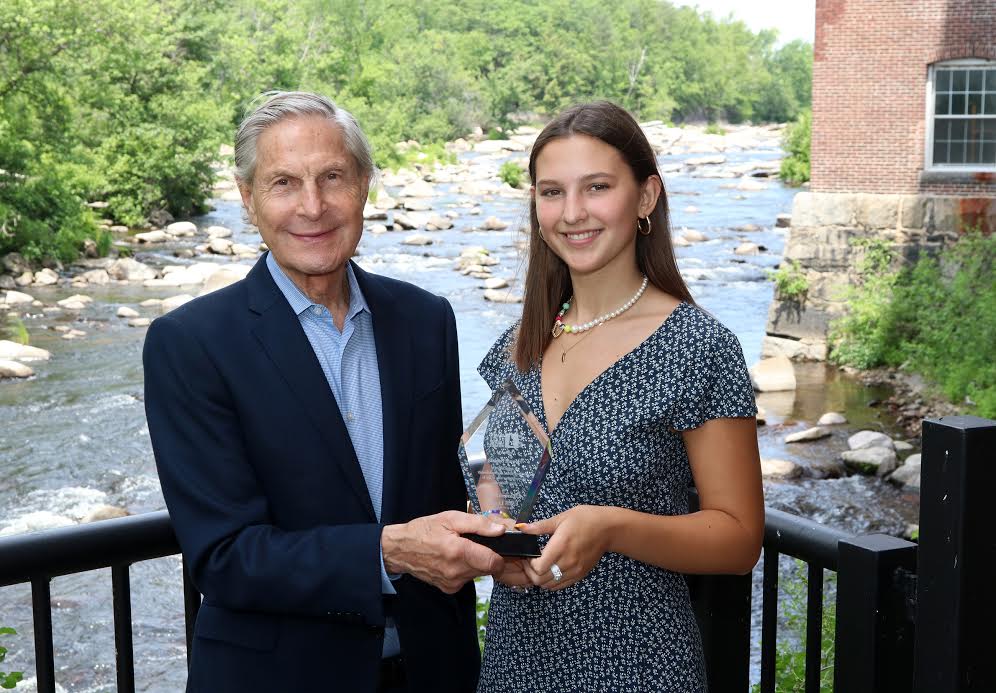 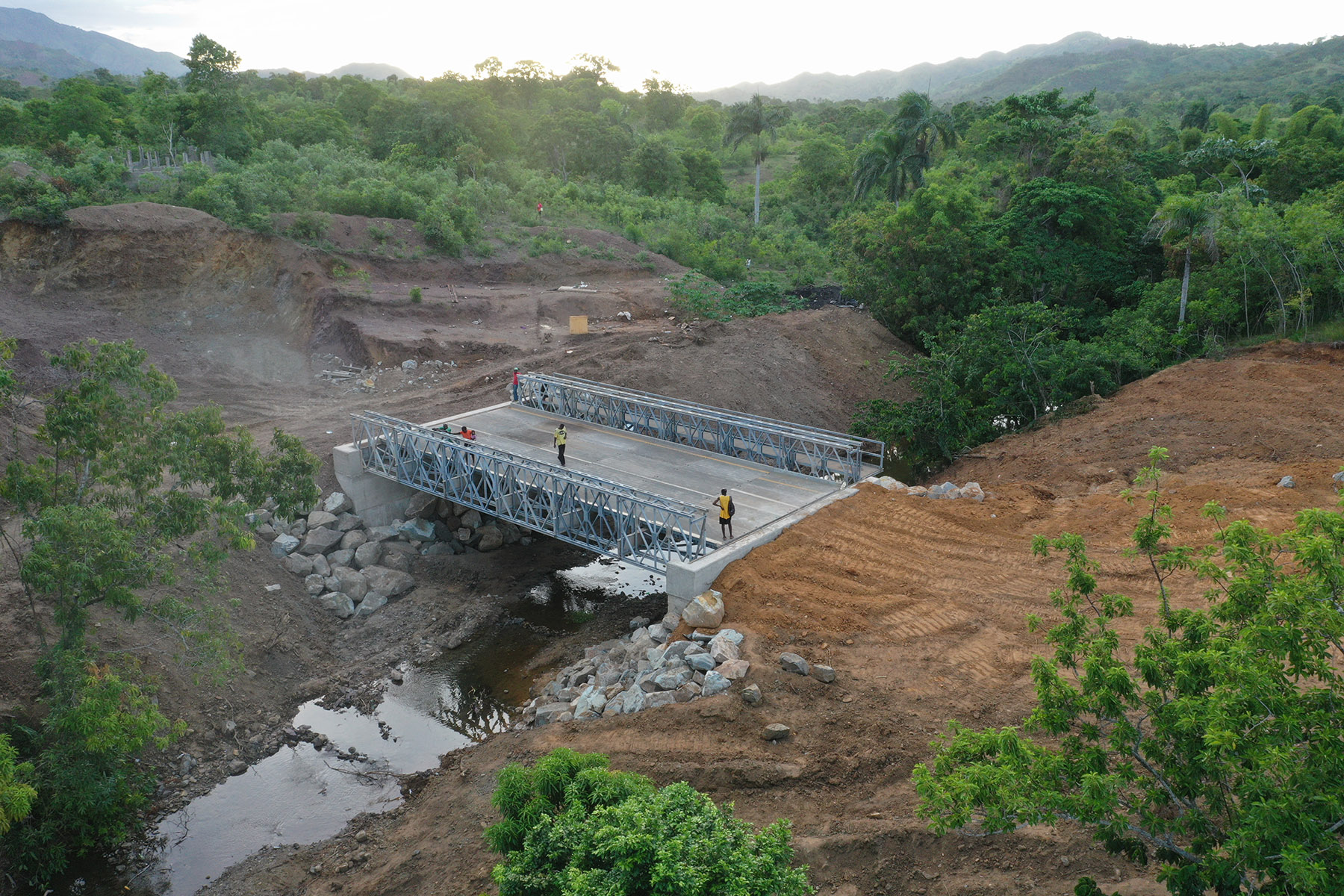