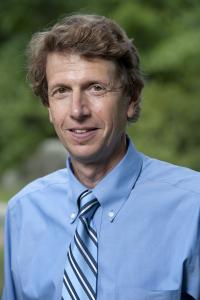 Ross Gittell will remain at the helm of the Community College System of NH, the CCSNH board of trustees announced following a unanimous vote to reappoint him to the position he has held since February 2012.  The new appointment is for a 5 year term.

Paul Holloway, CCSNH board chair, said “We are pleased to extend Dr. Gittell’s service as chancellor of the community college system.  Under his leadership, the system has made important steps forward and navigated through challenging waters. He has focused on student success in college and in the 21st century economy, and on ensuring affordable access to higher education and training here in New Hampshire in support of NH’s evolving economic and workforce needs and opportunities.”

Holloway cited CCSNH’s increased partnerships with NH employers and enhanced pathways for NH residents to high-skill, high-demand careers in sectors such as advanced manufacturing, healthcare and STEM (Science, Technology, Engineering and Math) fields.  He noted CCSNH’s leading role in creating NH’s “65 by 25” goal of having 65 percent of NH’s working age population with a post secondary credential by 2025, aligned with future workforce needs, which has been embraced by numerous stakeholders in NH including the Business and Industry Association and the Coalition for Business and Education, to support a strong economy and future quality of life in the state.

Over the past four years, CCSNH stabilized tuition, holding it flat since 2012 and even reducing tuition by 5 percent in 2014 with dedicated support from the state.

Is Your Product a Product of the Year?