Approval conditions include the raising of adequate capital and obtaining FDIC insurance. Bank officials have also filed corporate documents with the NH Secretary of State. “We are so pleased to have received our conditional approval from the NH Banking Department and are hopeful that the FDIC will issue its approval shortly” said Primary Bank CEO Bill Stone. “We have finalized our offering circular for the next capital raise and are waiting for licensing approval from the New Hampshire Securities Commission to begin speaking with potential investors.”

A series of informational meetings for potential investors are expected to begin within the coming weeks, according to Stone.

Primary Bank will focus on local businesses and small business loans. The bank’s first location, on the corner of Wallace Road and Route 101in Bedford, is currently under construction and expected to be completed by early April.

Bill Greiner, co-owner of the NH restaurant chain that includes Copper Door, T-Bones and Cactus Jack’s restaurants, is expected to join the bank’s board of directors as chairman. Other board members will be comprised of a cross section of well-known business and community leaders, with over a third of them having served on the board of directors of a bank in the past. Greiner says he is excited about the potential in the community and possibilities for small local businesses.

“There aren’t as many banking options out there for small business owners,” said Greiner. “We are going to help meet their needs, so that they can grow and New Hampshire’s economy along with them. It’s an investment in local businesses as well as our state.” 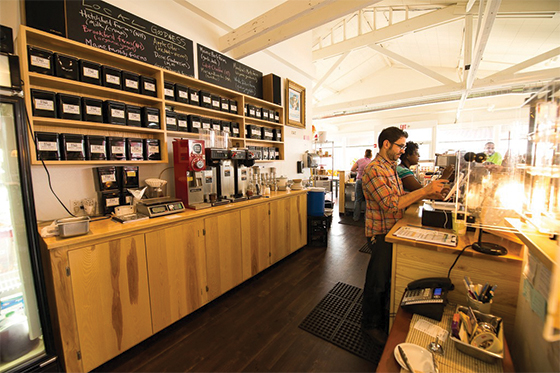 Brewing a Million-Dollar Business One Cup at a Time