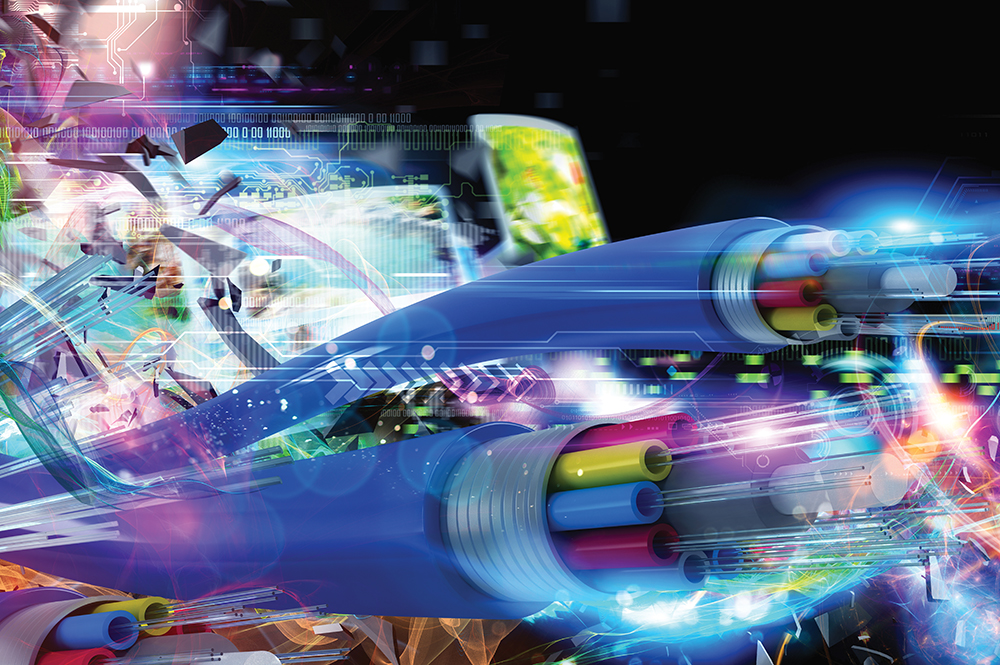 Being too connected is a common complaint but for many NH communities that are broadband deserts, it’s a problem they wouldn’t mind. Many areas in the state have limited or nonexistent connectivity. Even in towns with some service, there can be outlying areas where the density is too low to entice telecom companies to provide broadband.

Whether trying to attract businesses or new residents, connectivity is key. The much sought-after millennials and Gen Z needed to replace an aging workforce, aren’t likely to consider a community or a workplace if there’s no broadband.

While NH is 10th overall in access to broadband coverage, according to “U.S. News & World Report,” the state ranks 35th for data speed. According to BroadbandNow, only 30% of the state has access to fiber optic service and only about 7% has access to 1-gig service.

While federal programs offer some help, one of the bigger challenges has been finding an effective economic model that service providers will get behind. The state may have found the winning formula with the passage of SB170, which allows a municipality to bond the cost for building broadband capacity.

The first bonded project is underway in Chesterfield, a Cheshire County town of about 3,600, where voters approved the bonding in March. Through a partnership with Consolidated Communications, the so-called last mile is being upgraded from the poles to homes.

Jon McKeon, chair of the Chesterfield board of selectmen, says since the town was able to secure bonding and partner with the provider, the investment in equipment was at a much lower cost than if the provider had to use its own money. This is a key to making the project viable.

“Bonding is a low interest vehicle for access to cash that helps spread out the impact of the expenditure over numerous years. Bonding out the value of the project helps level out the tax implication to the residents if there is one,” says McKeon.

“In our case, we have a contract where the utility, Consolidated Communications, is paying both the principle and interest on the bond for the life of the bond.”

McKeon says the project will provide an economic boost to the town by helping to draw new business.

Chris Dufresne, chair of the Chesterfield Economic Development Committee agrees. “It impacts school children trying to do homework, it impacts telecommuters. … We plan to really get out and market the fact that Chesterfield has this.” She says one of her committee members has the new service and is “thrilled” it no longer takes seven minutes to download pictures from an email.

“The people who call me the most are real estate agents and people getting ready to buy houses,” Dufresne says. “It used to be all about schools and taxes; now they may not even ask about those, but instead want to know what the broadband is like.”

Brad Roscoe, a former selectman, says he knows of people who lived in Chesterfield but left because of the inability to telecommute. “For younger people, the internet is such a big part of their life, they won’t even consider living here [without it],” he says.

Seeing opportunity in SB170, Roscoe spearheaded the effort to get broadband in Chesterfield and continues to share his knowledge with other Cheshire County communities.

Kahn says towns had hoped state and federal programs would close the gap, but were not getting the help they needed.

“The federal targets were way too low, underfunded and in the end, no one was satisfied,” he says. In the economic recovery since 2008, rural towns that lacked broadband coverage felt disadvantaged, he says. Their attempts to sustain their population and attract new residents and small businesses were failing.

He says broadband is more than just fast internet. “Digital equity has an economic meaning and a social meaning,” says Kahn. “There is an expectation these days to be able to communicate globally for business or simply for awareness of what’s going on in the world. We should all enjoy it equally and be able to access resources and improve economically and socially.”

Kahn says the option for a public-private partnership is key because providers don’t have a strong incentive to invest in rural areas. He adds rural towns need mechanisms to shape their own destiny and municipal bonding is one example. Kahn.

“What we see in Chesterfield, and hope to see replicated in six other New Hampshire towns, recognizes the goal of spanning that digital divide.”

Stepping Up to the Plate
Consolidated Communications, based in Illinois with NH headquarters in Manchester, is partnering with Chesterfield to build the fiber-to-the-premises network. Rob Koester, vice president of consumer product management, says rural broadband is what they do.

Consolidated acquired FairPoint, a North Carolina company operating in 17 states (mostly in rural areas), in 2017. “We spent about six months outlining a plan to grow end-user capacity,” Koester says. “We upgraded 586,00 New Hampshire locations, 86,000 to one-gig, and used mostly our own money.”

Koester says Consolidated is installing fiber optic equipment (end-to-end) that replaces existing copper, along with the necessary equipment to provide Wi-Fi in homes in Chesterfield. The cost is covered by the bond.

“The New Hampshire bonding model and how we implemented it in Chesterfield is one of a kind. The legislation works,” says Koester. “Everyone has skin in the game. The towns have a tremendous amount of work in the planning. We bank on having enough end-users to make it work.”

Previous attempts to pass similar legislation failed when incumbents (providers already operating in a community) were opposed to towns setting up their own systems that would compete with them. But Koester says bonding has been a game changer.

“I see SB170 as enabling legislation. The concern is that it enables municipalities to build it themselves if no provider steps up to the plate. But I am not aware of a single RFP (request for proposal) that hasn’t had at least two respondents and usually they get three to five bids,” he says.

Koester says Consolidated is interested in working with other NH towns. “We’ve been very busy responding to requests for information by towns,” he says. “In March, six to 10 towns will have issued RFPs and have it on the ballot. Dublin has chosen to work with us and we are negotiating a final agreement to go to the voters at town meeting.”

Atlantic Broadband, based in Massachusetts, is one of the largest providers in NH. Ed Merrill, general manager for NH and Maine, says the company has invested in infrastructure, “to reach deep within our footprint, even in areas of low density, to provide residential and business customers with access to internet with speeds up to one-gig because we believe strongly that broadband connectivity serves a vital community need.”

According to Merrill, Atlantic Broadband has not bid on any RFPs to date. He adds the option for a community to operate as its own provider could burden a town with debt. “It is unnecessary when a provider is already reaching the vast majority of residents,” which he says is the case with Atlantic Broadband in its NH communities.

“However, in parts of the state that cannot presently be served by an existing provider, we are supportive of efforts to expand the internet’s reach and believe that alternative approaches, including municipal bonding and community-provider partnerships, may be beneficial,” Merrill says.

Comcast spokesperson Marc Goodman, says, while he could not comment specifically as to whether the firm would be bidding on any RFPs, he says Comcast is “always open to opportunities to deliver innovative products and services to new customers.” He adds the company will continue to look at expanding its network in areas that are geographically and economically feasible to do so.

“We send [students] home with Chromebooks but they don’t have broadband,” she says. “How do we solve the holes in the donut?” She points to Greenfield as an example of the disparity that exists as the town lacks coverage. The question, she says, is “what will attract a provider and allow us to support equal opportunity for our students?”

Hatcher says SB103, signed into law this past July, allows municipalities to work together to bond for broadband. Hatcher says the ConVal district is mapping areas that lack coverage in order to develop a compelling RFP. 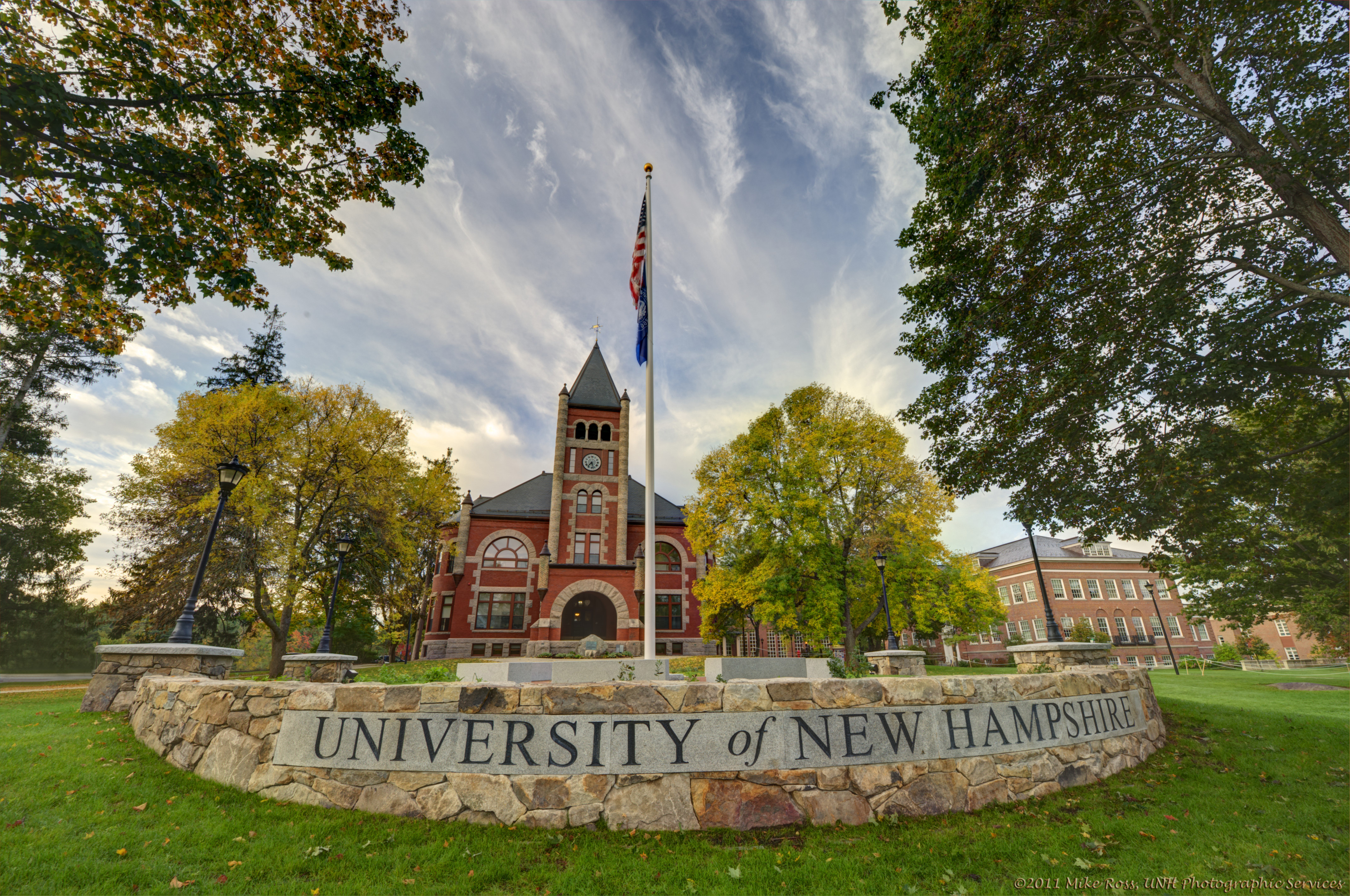 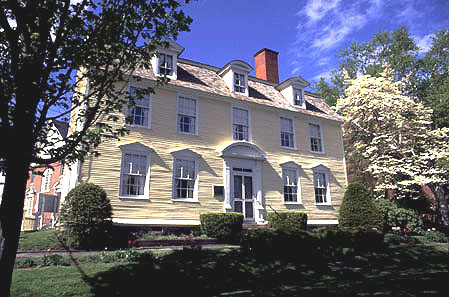 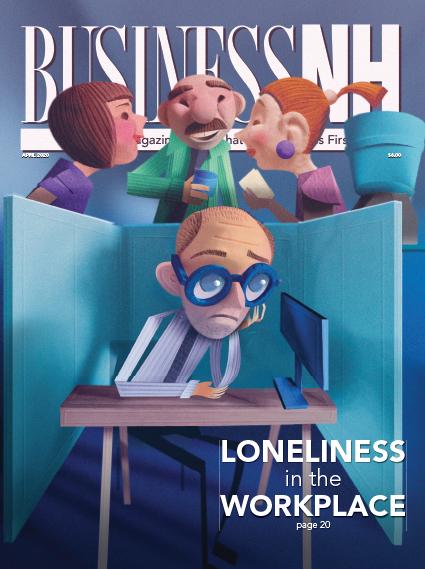 Loneliness in the workplace, COVID-19's effect on tax cuts, why the census counts, and more.