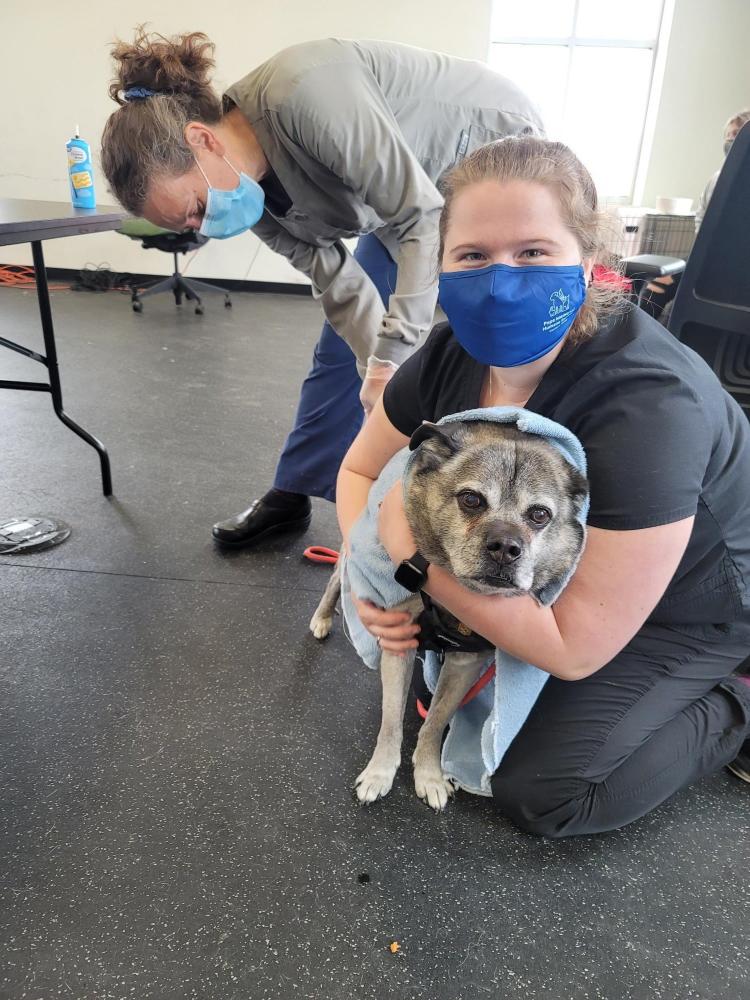 Pope Memorial Humane Society in Dover looked inward when it was closed early in the pandemic. One result on that introspection was the creation of drive-through rabies clinics that relieved a lot of stress for the animals. Pictured are Dr. Sarah Proctor, DVM, left, and Jessica Phillips, CVT.

Survivor’s Paws Animal Rescue in Lebanon has always had a full plate.

Owner Shelley Andrews has been saving dogs and finding them “furever” homes for more than 30 years. The majority of the canines are rescues from kill shelters down south, from states like Texas, South Carolina and Louisiana (the most popular).

However, since the pandemic hit more than a year and a half ago, Andrews and her volunteers have fielded calls from New Hampshire residents who have had to make the difficult and heart-wrenching decision to surrender their dog.

“For the last two months we have seen more owner surrenders up here,” said Andrews, who only became a nonprofit during the pandemic after her husband lost his job.

The pet “industry” has seen ebbs and flows throughout the pandemic. First, when everyone was stuck in their homes, many people wanted a new dog or cat because they figured they had the time to train and acclimate the animal, and spend time with them.

Then, by this past spring, shelters started seeing an influx of surrendered pets. The reasons varied, according to animal shelter workers:

“When owners are surrendering their dogs, a lot of times they are calling us in a last-ditch, desperate mode,” Andrews said. “They’ve known for two months that they need to surrender and have tried all other options. Some have to move and others don’t want to deal with training or socializing them and then their dog is like a terribly behaved teenager, and they don’t want that.”

The NH Humane Society in Laconia has seen calls from residents looking to give up their animals increase almost fivefold.

“We used to get less than 10 requests on average weekly. We are currently seeing an average of six to eight calls daily from individuals surrendering animals because of economic strain or family housing issues,” said Executive Director Charles Stanton. “We are doing everything we can to keep pets with their families while also realizing that some people are at the end of their rope.

“Job strain or financial strain is certainly a factor for the entire family, including pets, and we have seen a significant spike in surrenders since the eviction moratorium was lifted. New England families are being hit hard in the aftermath of many small businesses having been closed and countless businesses downsizing in hopes of staying afloat.”

Pope Memorial Humane Society in Dover actually has a name for the many surrenders it has seen. “We are definitely seeing what we call ‘Covid puppies,’ animals that were adopted and then in that year or year-and-a-half age-range that have not been socialized,” said Amy Drapeau, shelter manager. “People are either going back to work or the animals have behavioral issues and (owners) can’t take care of them.”

Sherry Ann Saccoccie actually went in the opposite direction. Instead of surrendering a dog (she had three before the pandemic), she took another one in.

Saccoccie, who lives in Salem, said she wasn’t necessarily looking for another dog, but her latest, Oreo, “balanced our pack.” Saccoccie said she noticed a social media post from a woman in Manchester who had to surrender her labradoodle due to an apartment situation.

“I hadn’t really been looking that hard,” she said. “We already had our hands full with three (dogs). It was just the right opportunity – I was working from home, the girl happened to post and I saw it, and (Oreo) was cute. I thought it was a good fit. It was sort of serendipitous, (we were) not really looking and we didn’t have to go to the shelters.”

The Covid puppies phenomena directly contributed to the high number of adoptions at the start of the pandemic.

Drapeau said her facility usually houses an average of about 74 or so dogs. It had 78 in February 2020, a month before Covid-19 hit the U.S. A couple of months later, in June, they were down to 40.

Darbster Rescue looks to reduce euthanization in the southern United States by bringing animals to its dog facility in Chichester and cat space in Manchester. In 2020, Darbster saw an increase of 35%-40% in adoptions.

“People wanted animals at their homes while they were home,” Darbter Executive Director Ellen Quinlan said. “We had a 6- to 8-week wait to adopt cats and kittens. Usually you fill out an application and come in the next week and adopt.

“We’d bring in 15 dogs in a week and they’d be gone in two days. We’d bring in (harder to adopt) bigger dogs and adults and those would be flying out the door.”

While Darbster doesn’t take in surrenders, it has been affected by so many Covid puppies being returned to shelters.

At the start of the pandemic, Darbster organized transport of animals from the south ever week. Now, it’s every other week.

“It’s all supply and demand,” Quinlan said. “We saw a huge demand when Covid-19 started and now we are going down the other side of the curve. I am sure it will level out, but I am not sure when.” 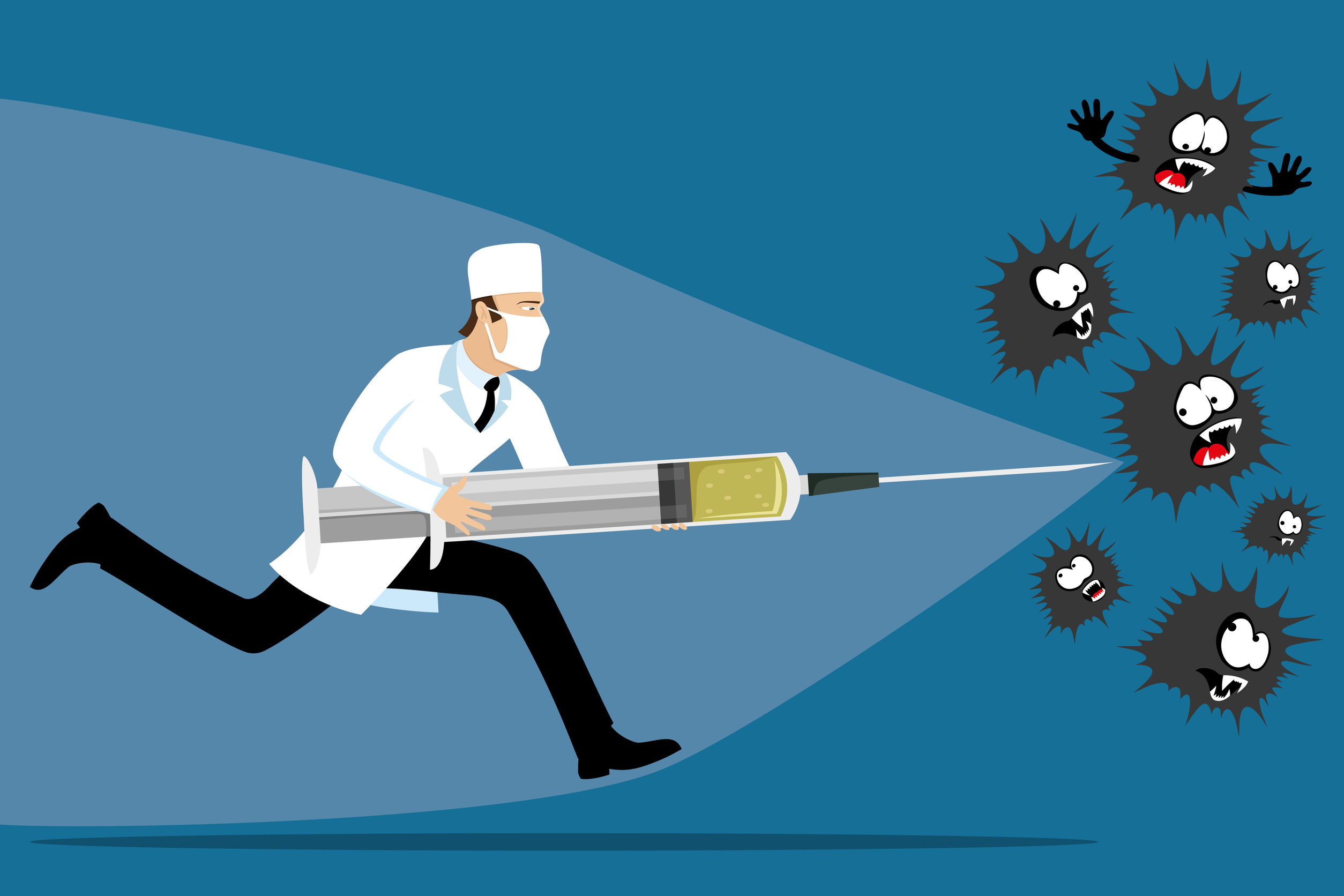 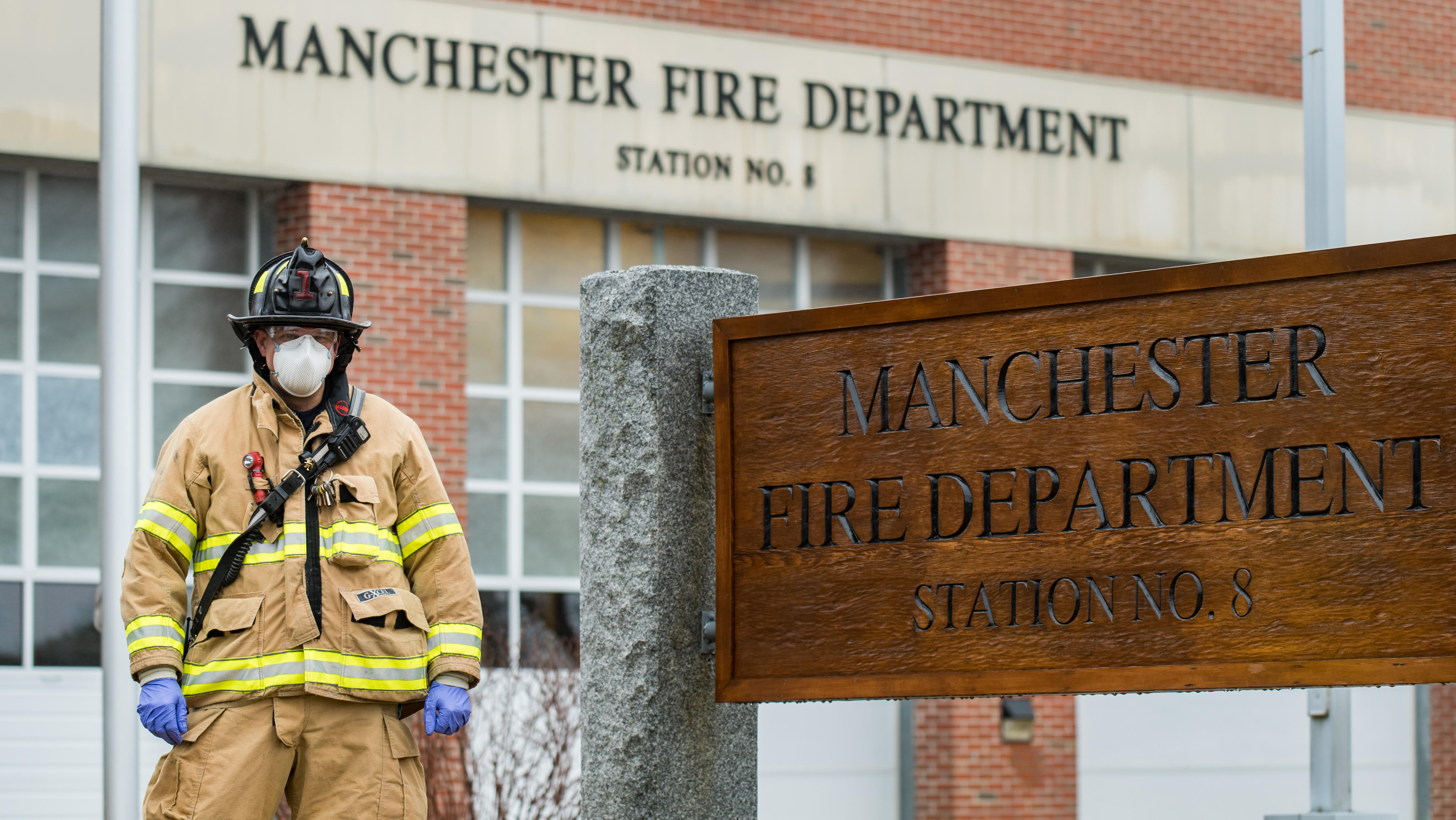